On May 20th, Bay City celebrated it's fourth anniversary. Created by the Linden Department of Public Works, the area was built to represent the North American urban experience in the mid 20th Century (think Chicago in the 1950s). Attractions include the Bajou Theater, the Channel Island Mental Hospital, the Municipal Airport, the "Hot Balls" bowling alley, and more. Every May, the city has a Parade event, followed by a party. And this year Second Life Newser was there to get the details. 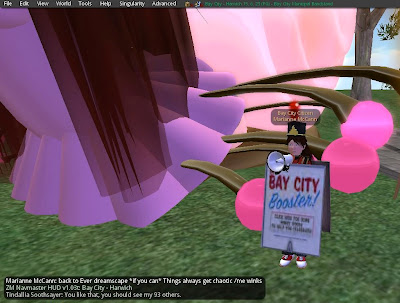 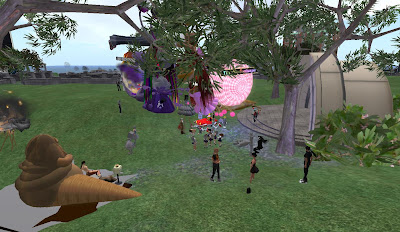 People gathering at the parade, including the racing snails, cheerleaders, and stilt walkers. 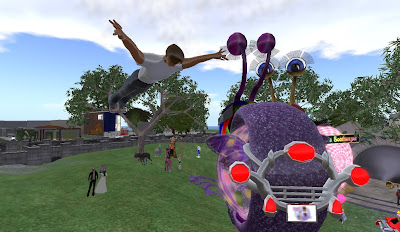 The snails observe a "noob" balloon. 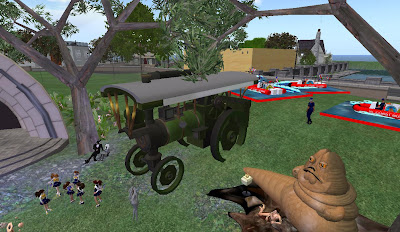 The old parade locomotive slowly rezzes near the Jabba the Hutt float, and the Second Life Coast Guard. 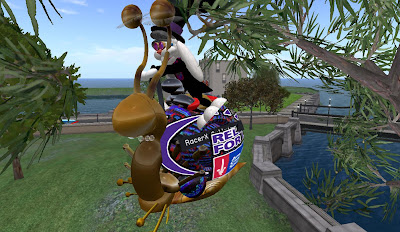 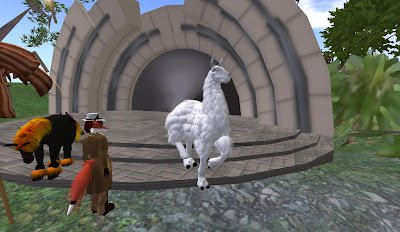 Critters were part of the parade too. And no, this was no "drama llama." 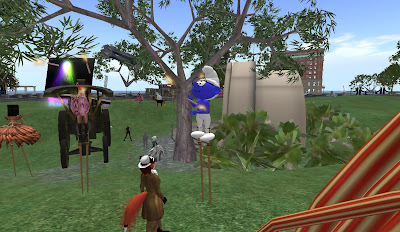 Well, this stiltwalker was looking a little "blue." 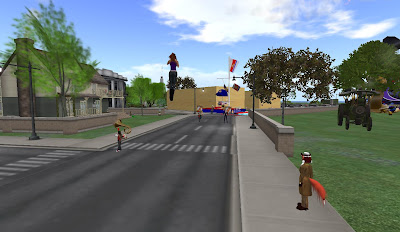 Marianne gets the parade ready to star, "Are we ready?" 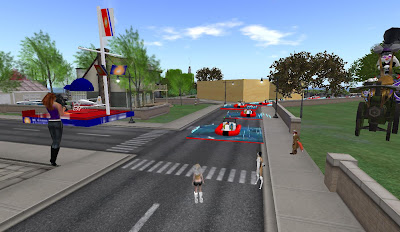 And they're off, "Let's do this crazy thing!" with the Coast Guard at the lead behind Marianne. 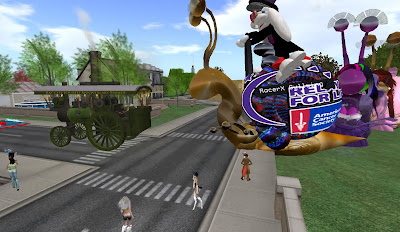 They're followed by the locomotive, and the racing snails. 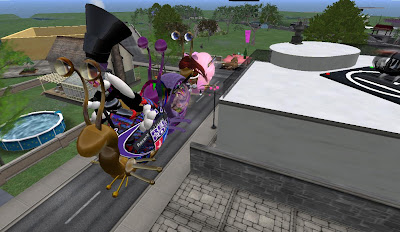 Going down the city street. 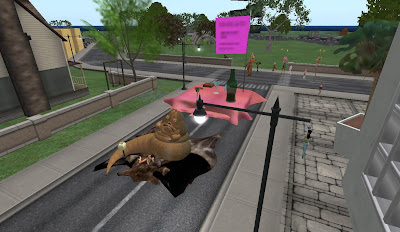 Followed by the Jabba and "Stingray" floats. 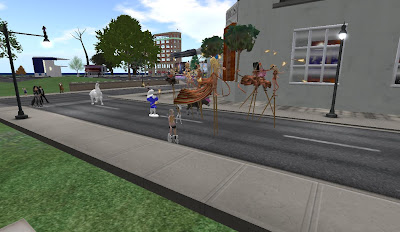 And here come the stiltwalkers and critters. 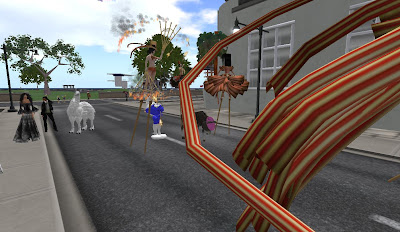 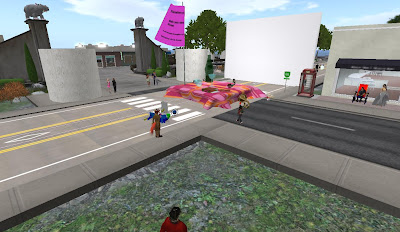 The parade goes past the new "Hairy Hippo Fun Land" down Route 66. 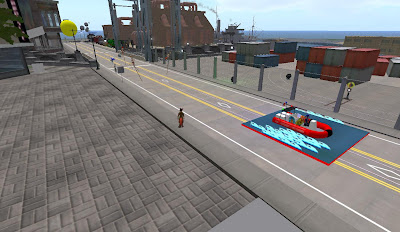 And past the shipyard area. 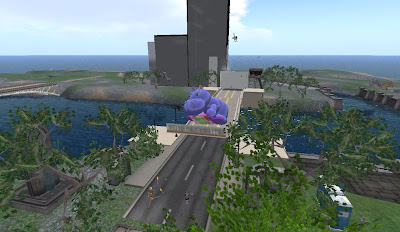 The end of the parade route at the Bay City Fairgrounds, with the lag delaying some buildings being seen. 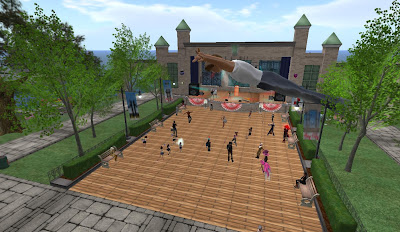 And at the Fairgrounds, there was live music and dancing. Note the "Noob" balloon, which for some reason the handler couldn't let go of. Guitarist Christov Kohnke was on stage the first hour, followed later by Bluemonk Rau. 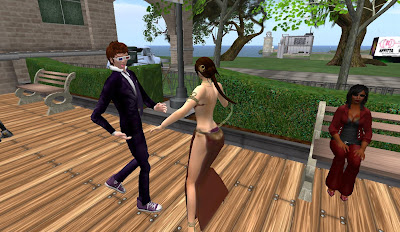