On Sunday Sept 29, The Galaxy Laser Club, also known as the GLC, held it's last event. The club was about five years old, and had been moved to the Purfection sim a few years ago when it was called The Cocktail Lounge. Since then, it underwent a few changes from a boat to a nightclub, in addition to it's name which was changed to Poison Ivy Club, and then to Galaxy Laser Club. 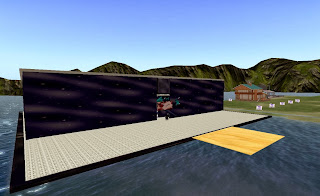 The club was owned by Rich Mordly, who ran it with the help of Emma Mordly (Fehrenufski Resident), and Firefox Doghouse. Although Rich did not normally wear a furred avatar, he signed the club up in the Furry Club Alliance led by Nydia Tungsten. The club coordinated its events with the other two in Purfection, Club Zero Gravity and Raised Tail Resort, to avoid schedule conflicts.

While attendance was good, the amount of tips received by the staff was small. Rich and Emma came to the conclusion they couldn't keep up the expenses of running the club with our tips. So last week, they announced they would have to close the club.


Therefore, Wednesday, Thursday, Friday and Sunday will be our final events.    This is a passionate plea (as I'm sure you can tell) from someone who really cares about the club.  Please, please come this week.  Please TP your friends in.


Wednesdays event was "Latex," for Thursday it was "Uniform, and for Friday the event was "Lookalike Musicians." For Sunday September 29, the final show, the event was scheduled to be "Best in SIlly" for 300 Lindens. Before long though, the amount was raised to 1300L, and the theme became "Sexy and Silly." 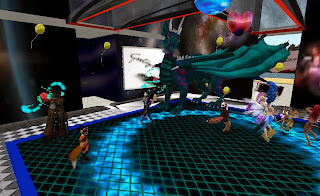 The audience had a mix of looks. The biggest avatar there was a huge dragon, Geerkil Ziskey, that had somehow squeezed through the door. On the "silly" side were some pony avatars, which pranced away on the dance floor. And on the sexy side, there were a number of scantily-clad human and near-human avatars. One girl had on tacos for shoes and sported a long beehive hairdo with a car sticking through it, making her both "sexy" and "silly."

There were a few balloons and signs placed around for the event. Most of the signs read "farewell." One was a thank you by one of the staff. 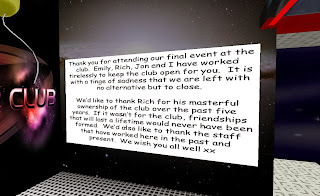 Thank you for attenuating our final event at the club. Emily, Rich, Jon, and I have worked tirelessly to keep the club open for you. It is with a tinge of sadness that we are left with no alternative but to close.

We'd like to thank Rich for his masterful ownership of the club for the past ice years. If it wasn't for the club, friendships that will last a lifetime would never have been formed. We'd also like to thank the staff that have worked here in the past and present. We wish you all well.


First prize for the contest went to Firefly Dash (MelodyHighnote Resident), one of the ponies. Tying for second were Geerkil and Kitacelia Resident.

Emma told the crowd that she didn't plan on being inactive, "This is not the end, just the beginning of a different chapter. And we all know about chapters and volumes." Rich added, "I am very thankful  for you all coming here, and I will be back (in Second Life) soon. It is sad to have closed my club after I have been running it five years, with Firefox who has been with me the whole time. We will be back soon, somehow, somewhere. Thank you Emma, Emily, and John." Firefox spoke, "I want to give a warm thank you to all those who have worked with us and have gone out of their ways to help keep this club running as long as it did."

And so, the people began going their separate ways, and the club shut down for the final time.

With the close of the Galaxy Club, the Furry Club Alliance is down to four clubs, CLub Zero Gravity, Raised Tail Resort, Club LIttle Dove, and Club Cutlass.