Burning of "The Man"


On the final two days of the events at the Burn2 art and music festival came the biggest two, the burning of "The Man" and the Temple Burn.

"The Man" is burned first on the day before Burn2's end, this year on October 26, at three different times of the day in order for people across the time zones to be able to avoid odd hours, in addition for people to have more chances to see it.  I went to the one at 4AM, the "European" burn, and watched the fun. 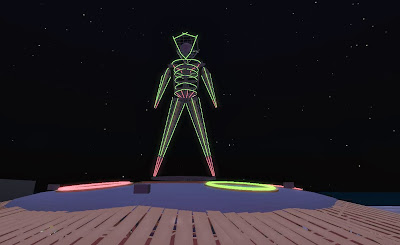 "The Man" of Burn2, made of wood and neon, with a few explosive charges around to start the fire. 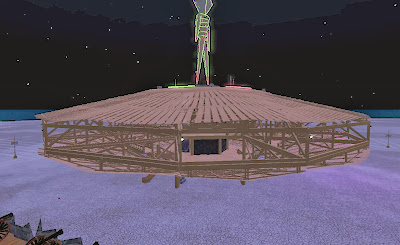 "The Man" is often on a simple tower. This time it was on a sizeable base that resembled a landed flying saucer, putting it in line with the "Cargo Cult" theme. Note the cannons to the left that went off when some classical fair was played. 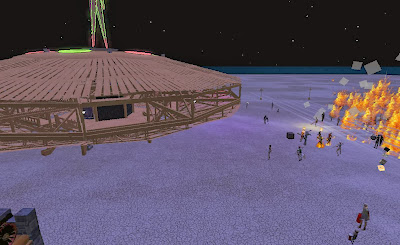 And nearby the "Burners" were partying it up, waiting for the build to catch fire. As we waited, the music stream had tunes such as "The Heat is On." Cannons went off 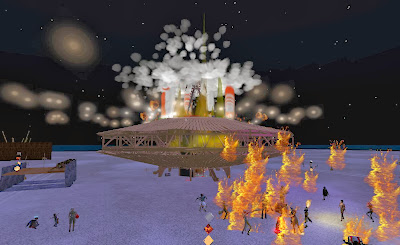 And at 4AM, the fires began to the cheers of the crowd, "Wooooooooot!" 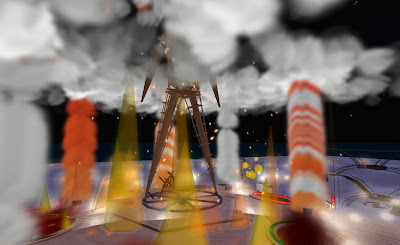 With my older computer, there was just as much smoke as fire. It wasn't long before the head fell. 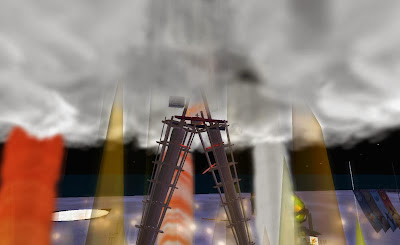 And soon, so were the torso and arms. 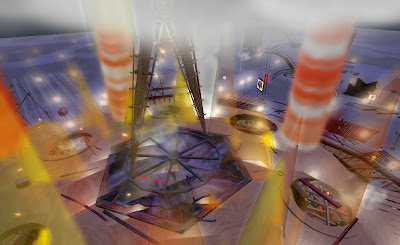 The fires soon began to char the saucer base. 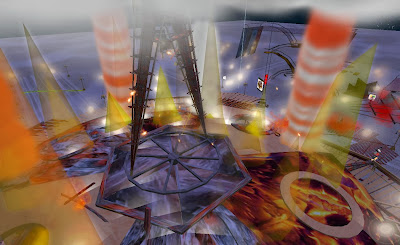 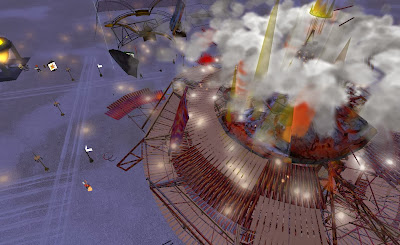 And it began to come apart, pieces falling off. 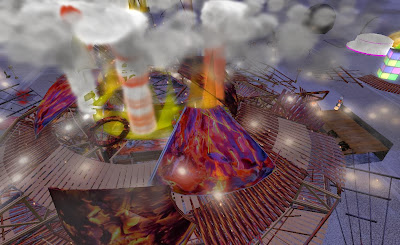 And sometimes flying off. 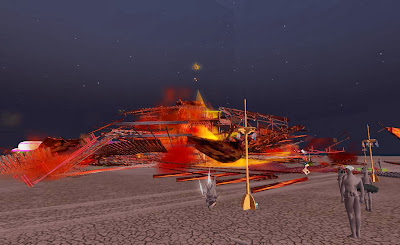 I crashed, but logged back on. The build was a flaming pile of wood, "The Man" all gone. 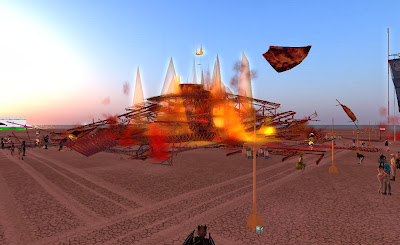 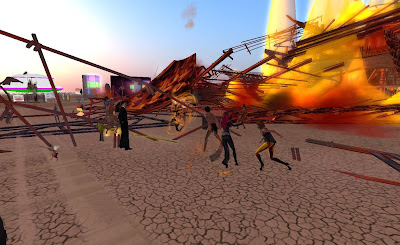 And the Burners began dancing away at the edge of the flames. 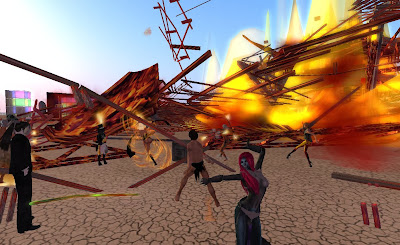 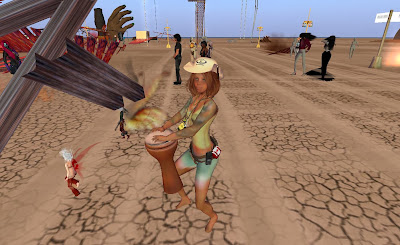 One ranger acting as drummer, two pixie avatars dancing nearby. 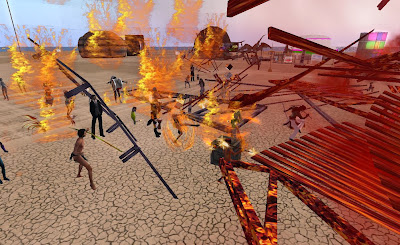 The dancing amidst the flames continued for some time. There would also be two more Burning of "The Man" events that day, at Noon and 8 PM SL time.

There was also a video of the event, filmed by Radioactive Rosca (Click Here if the video fails to load). Hat Tip - Daniel Voyager

Stay tuned for scenes of the Temple Burn.