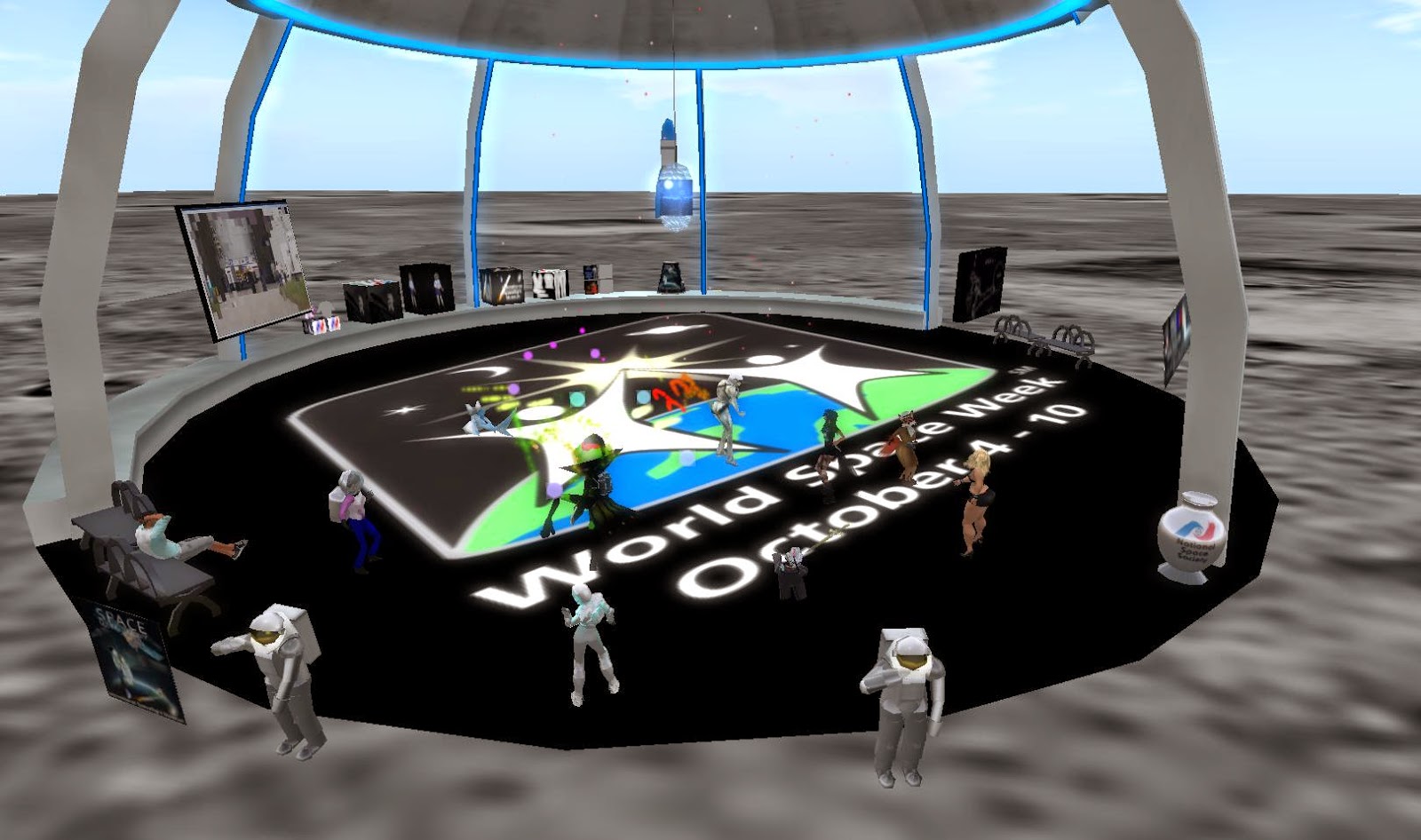 It's World Space Week, and there were some events this week on the Grid that made note of the occasion. The National Space Society's Second Life chapter in particular has held a number of events in it's honor. Among them was a music and dance party high above the sim of the group's name, music courtesy of DJ MeowMeow. 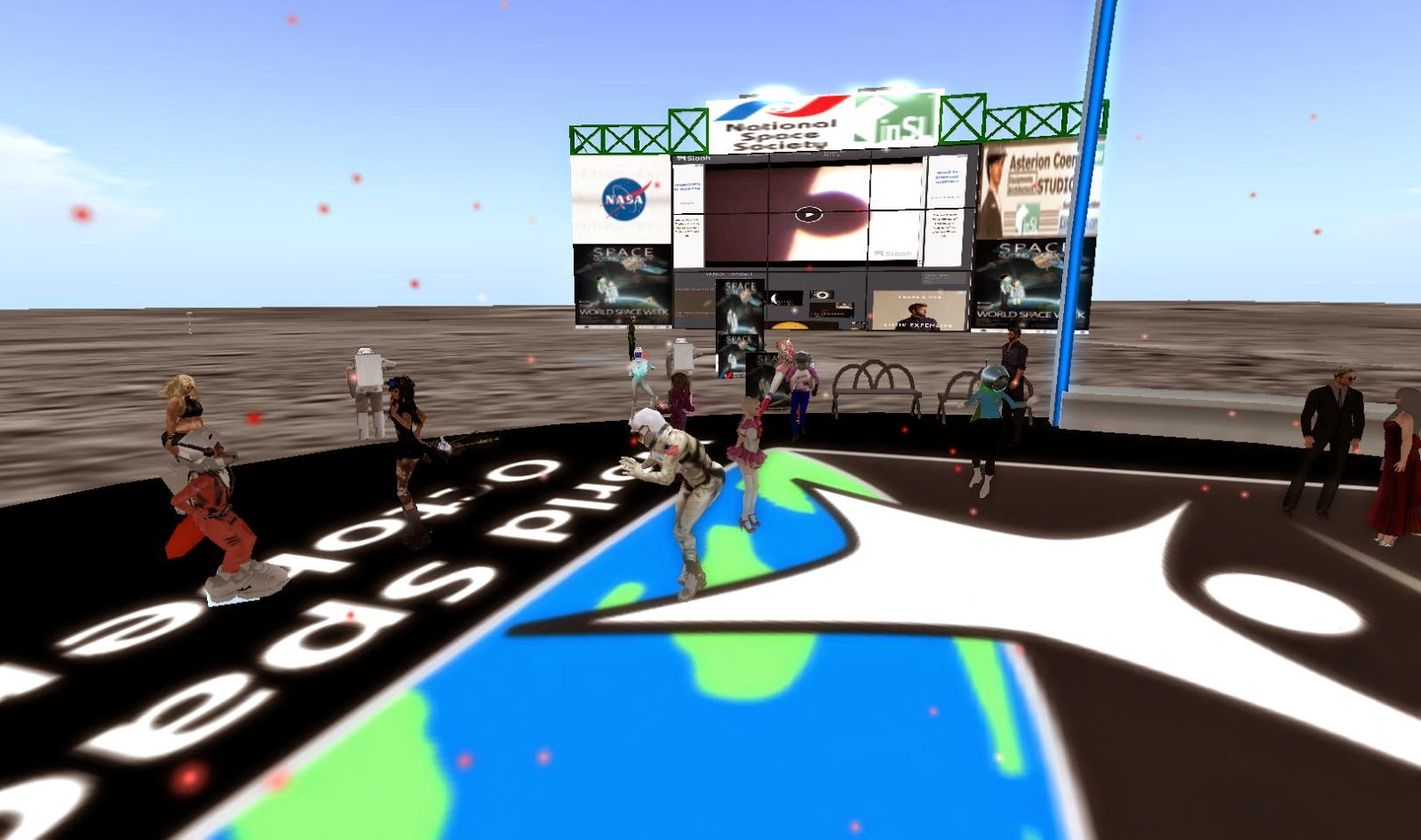 DJ MeowMeow played a number of tunes. One song was in tribute to the Sputnik launch, of which the anniversary was October 4, the start of Space Week.

Remember the fifties, those fat complacent days
when the future seemed a century away.
Then up went Sputnik, gave the world a butt-kick
and made it clear tomorrow starts today.

Beep beep beep beep "Hello there!"
Sputnik sails giggling through the skies
Red flags, red faces, jump in the race
as the space age begins with a surprise. 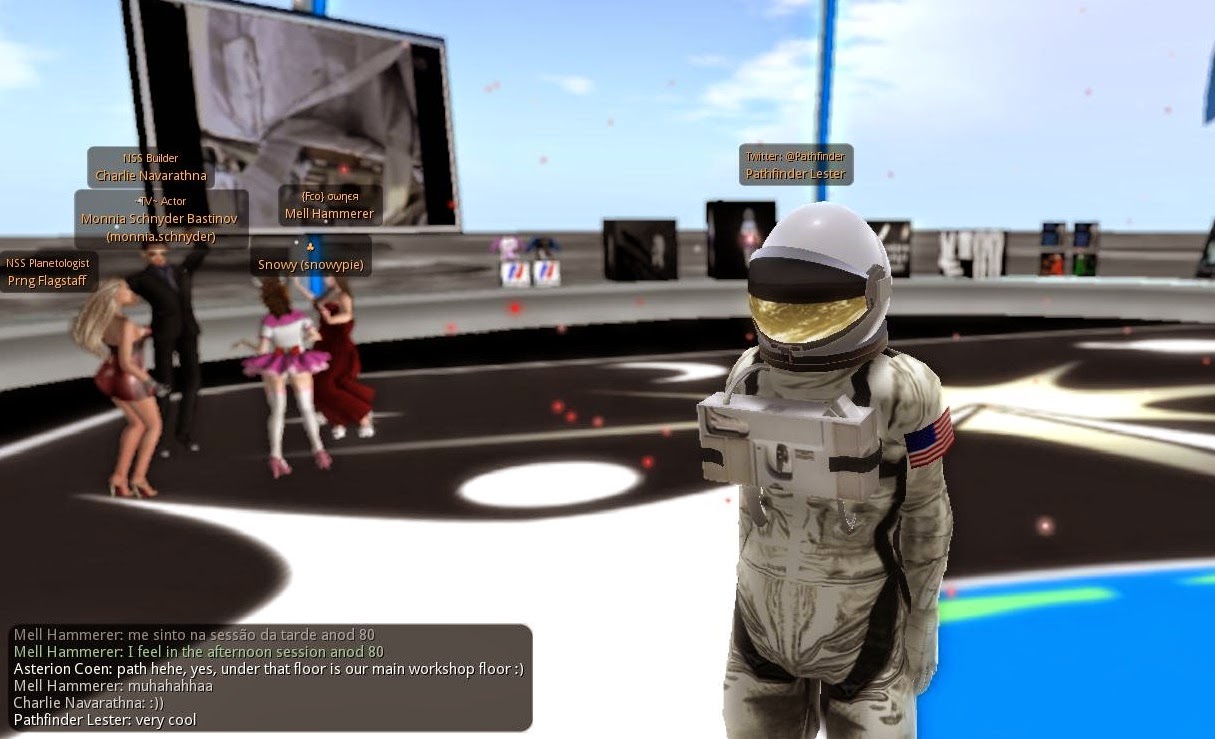 There were a number of people there, many in space suits of some kind. Among them was Pathfinder Lester, the former Pathfinder Linden (2005-2010). Pathfinder described himself as, "still working with virtual world stuff. Doing a lot of work with Unity, exploring Opensim, and starting to work on some artificial life (plus) augmented reality stuff with a company called 'Wiggle Planet'." Of Wiggle Planet, "(The) founder of Wiggle Planet is Jeffrey Ventrella, who also used to work at Linden Lab back in the day. He's the guy who brought flexy prims to SL, among many other avatar improvements."

Pathfinder was exploring other virtual worlds, "I visit Kitely a lot, too. I run my own Opensim grid at home for fun, and then hypergrid-jump to other grids like Kitely to explore." But he was still on the Grid he knew for good, "I still hang out and explore Second Life too. Never going to leave here."

There would be a Lunar Eclipse that night, and there were viewings in both the Scilands as well as in the Steelhead community. Also that night was the Sunweaver club The Vinyl Museum's tribute to Space Week, with it's "Spaced Out" party. 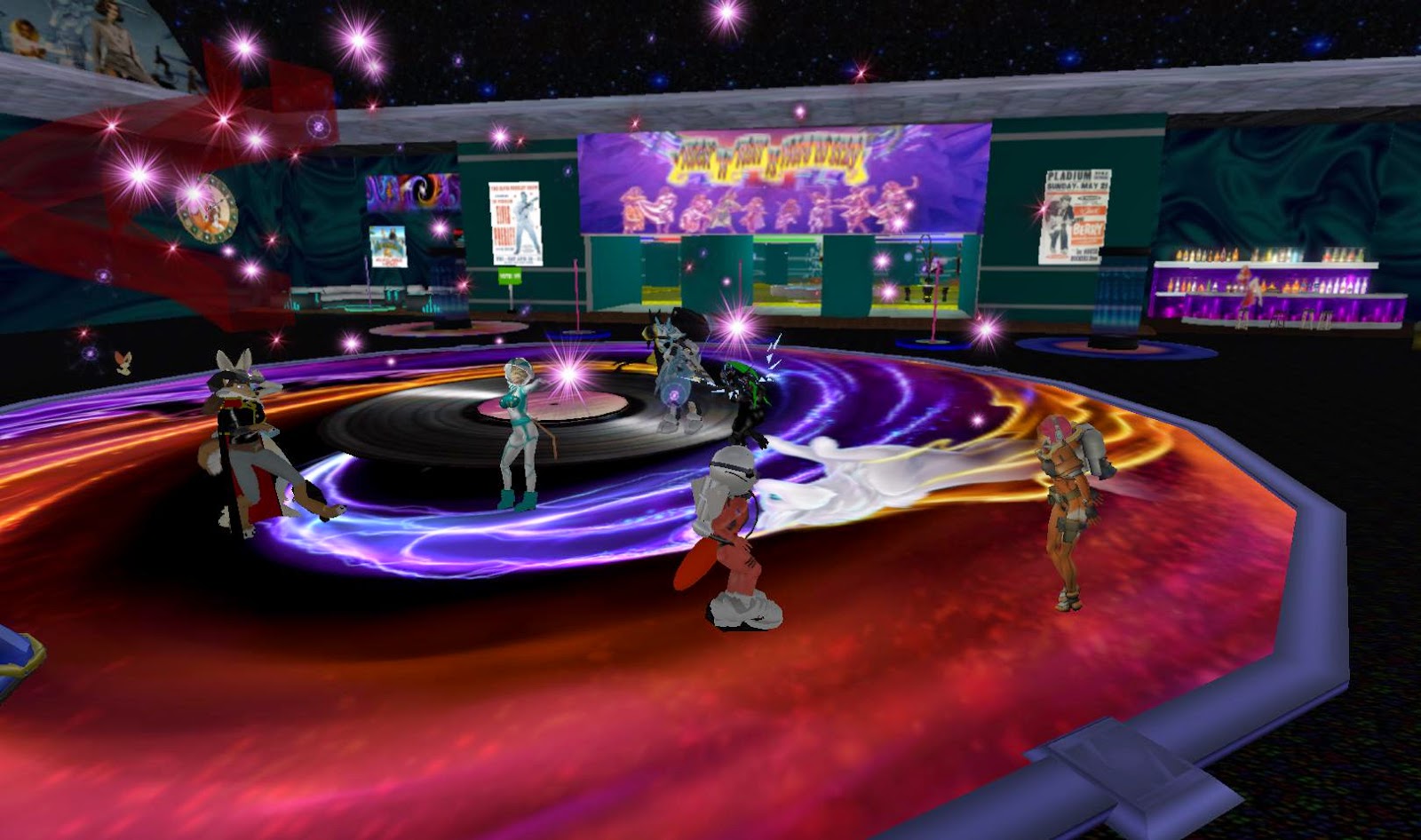 The National Space Society has declared it Space Week. So tonight at the Vinyl, we're having our "Spaced Out" event. Get dressed up as an astronaut, a scientist, a Mission Control tech, or anyone else involved with the space program. Or you can just go as a little green man, or any other kimd of alien. So suit up for some high orbit fun. Hard vacuum may suck, but the party sure won't.

DJ Perri played various tunes, from sci-fi show theme music to amusing songs such as "Star Trekkin," and many more. The crowd showed up in space suits, sci-fi battlesuits, and one hippie outfit, saying with a chuckle this was another way of getting "spaced out."

It was a fun tribute to the space program.