The 2014 Virtual Worlds Best Practices in Education conference, better known as VWBPE, kicked off on April 9 to a packed house. The four-day conference is in its seventh year and is an annual gathering of virtual educators.

On opening day, which fell on April 9 2014, people started pouring into the VWBPE Central Auditorium two hours early to ensure they had a seat in time to hear this year’s opening keynote speaker who was none other than Philip Rosedale, the founder of Second Life. 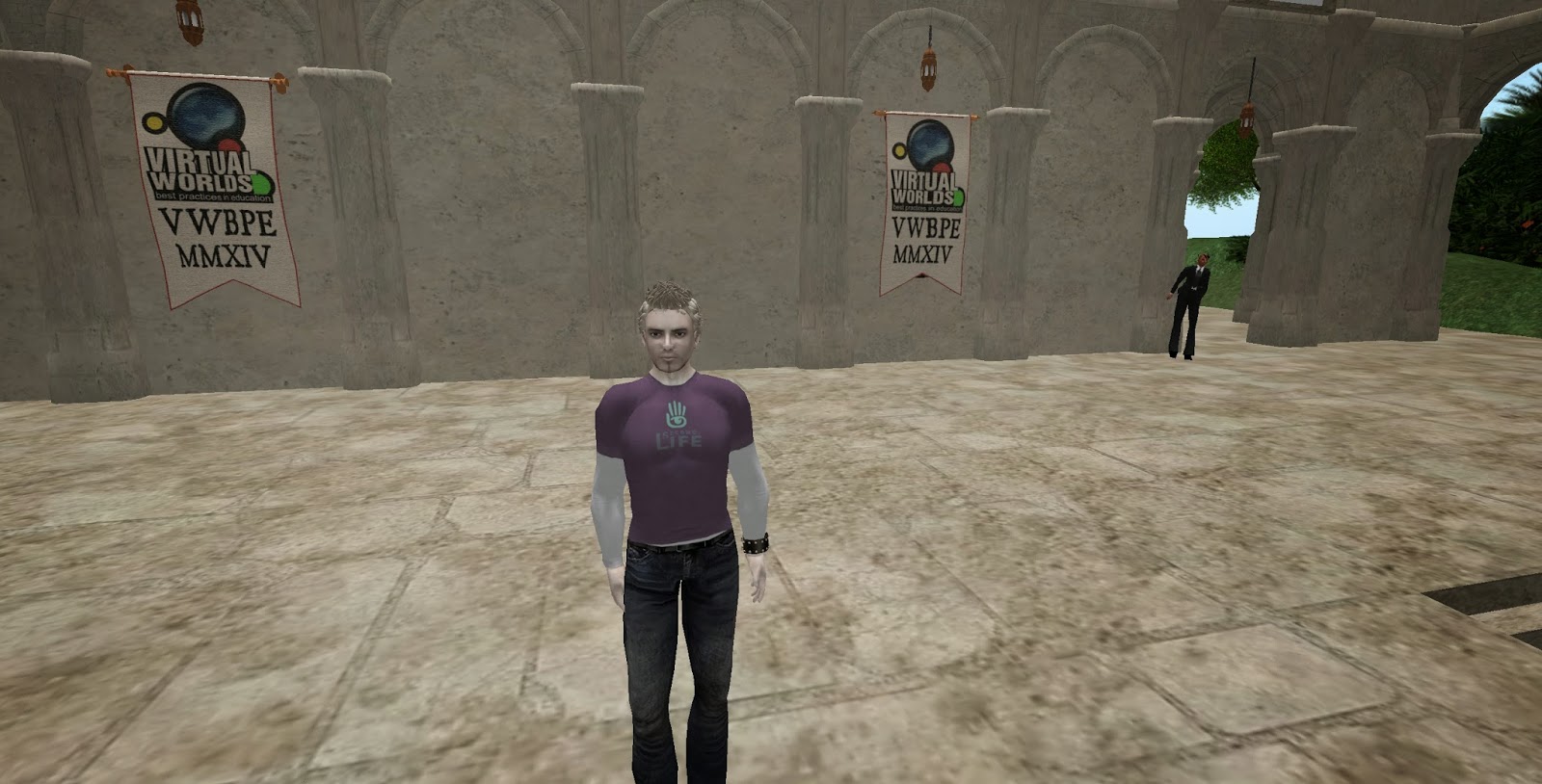 "As a kid, I played with electronics. I tinkered, programmed computers, used power tools. I tried to build things from things I found around the house. I cut into my ceiling because I wanted my door to go into the ceiling like Star Trek. It was hard work.  Much harder to do than to imagine," He said when describing his childhood during his speech.

As the internet emerged, Rosedale explained that he had a desire to build a space "where we could all build what we dreamed."

In 1995, he created Freevue, an innovative Internet video conferencing tool which was quickly sold to a company called RealNetworks. For a short time, he served as Vice President and CTO of the company. Then, in 1999, Rosedale left RealNetworks to launch his own company: Linden Lab. And as they say, the rest is history. Rosedale built a virtual civilization called Second Life, thus fulfilling his lifelong dream of creating an open-ended, online virtual world.

"I was super motivated to build virtual worlds, not because they would be better games or social spaces. . .  I just wanted to build crazy stuff,” He explained.

In 2010, Rosedale left Second Life and worked on several projects including Coffee and Power, and Worklist.net before co-founding High Fidelity Inc. in 2013, to explore the future of a next-generation virtual reality system. In his speech he discussed the amount of time and devotion it takes to learn Second Life and the amount of mouse useage that is required. With the new virtual world he is building, Rosedale wants to eliminate the need for the mouse, opting for a more realistic-looking world where he says users will be able to more naturally interact with one another through facial and body movement. 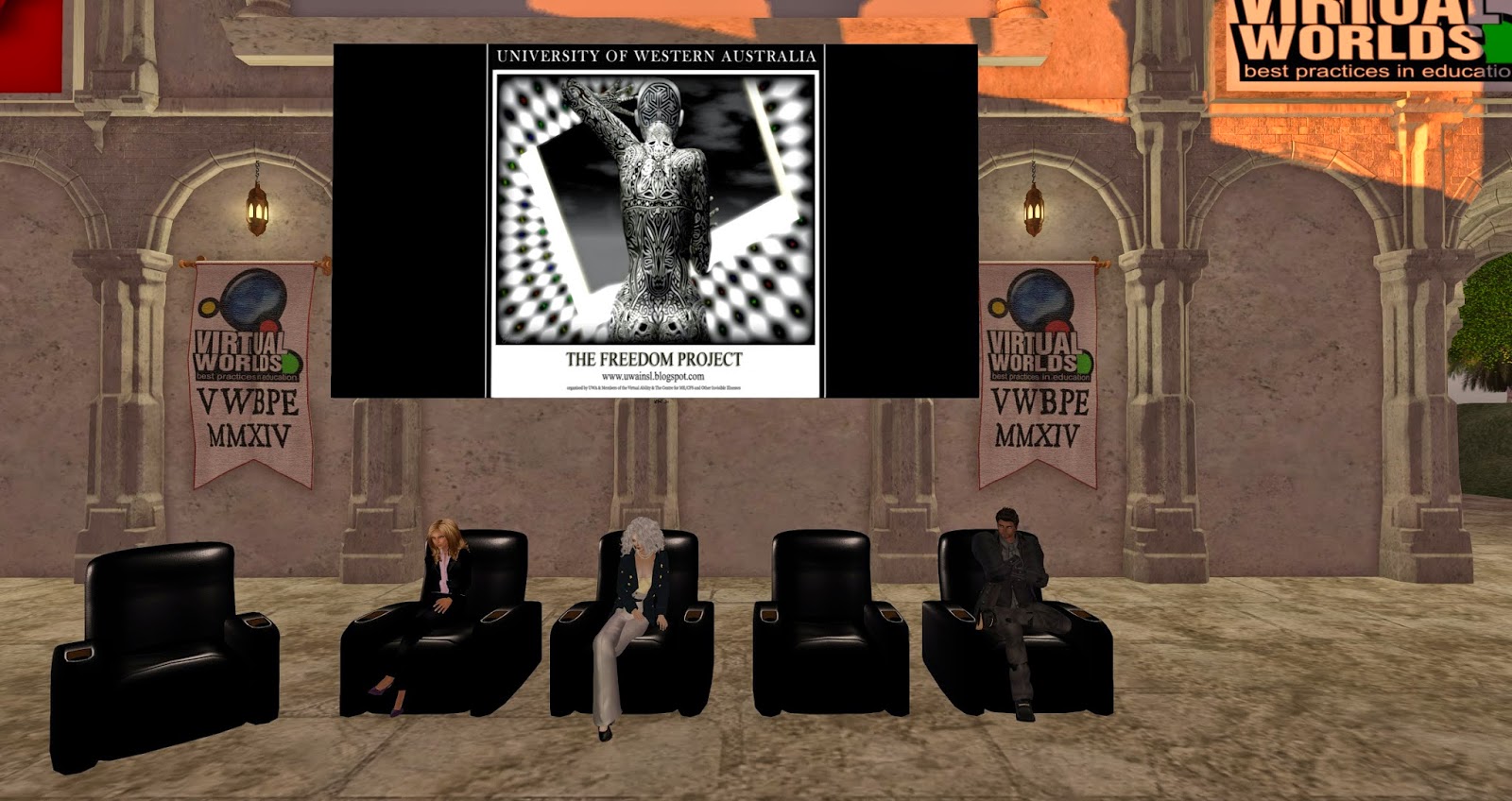 This exhibit shows off posters from the Freedom Project, an art exhibition featuring work by disabled artists in Second Life. 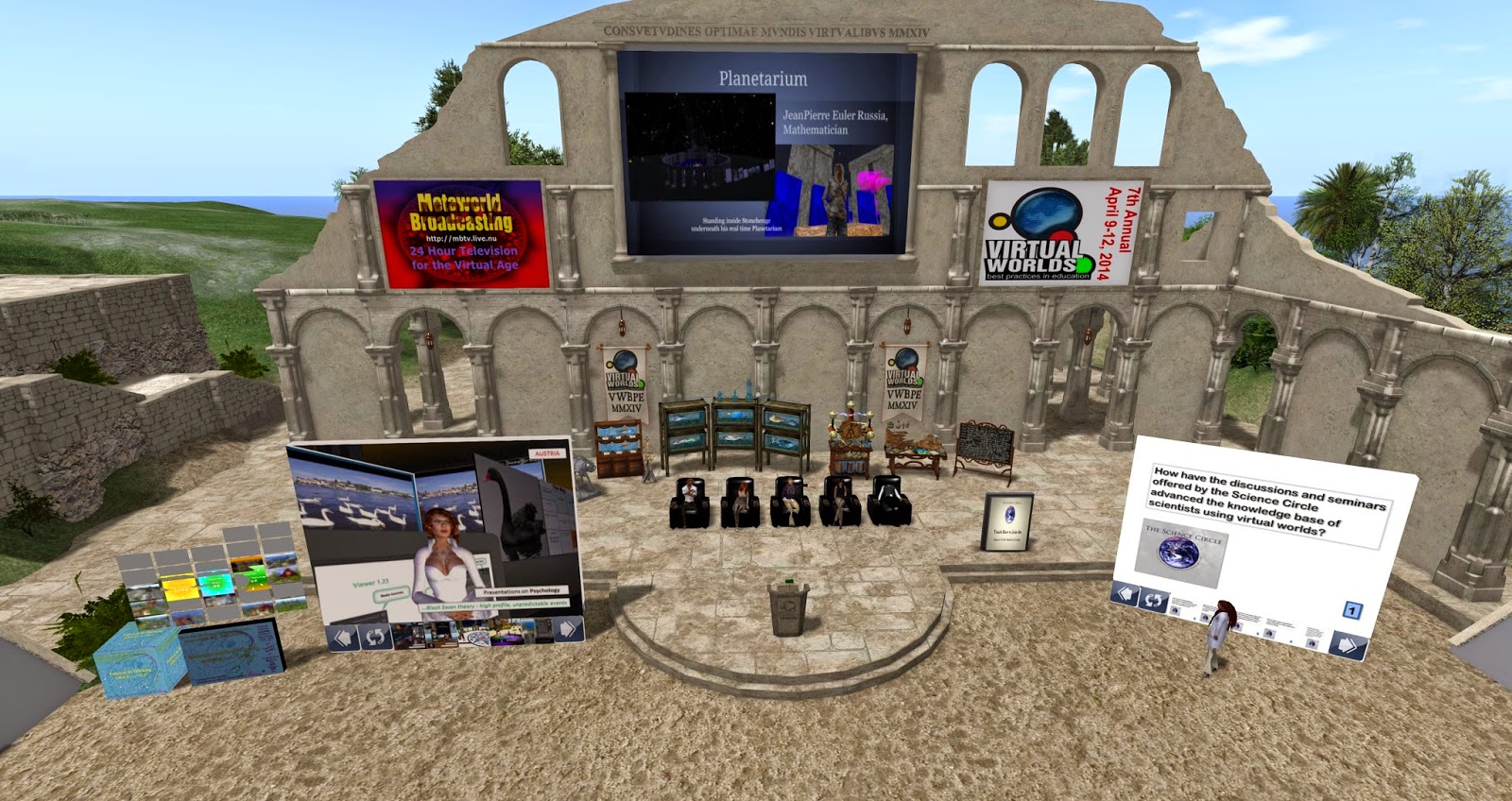 Other events at the VWBPE included sim demonstrations,panel discussions, networking events, lectures, and a host of speakers including Linden Lab CEO Ebbe Altberg, David Gibson who is an Associate Professor at Curtin University in Perth, Australia, and Dr. Larysa Nadolny, Assistant Professor at Iowa State University.

Editor's Note: This article intended for publishing at the Metaverse Tribune. But the publication ceased updating before it could go up. Now working for the Newser, Celene sent this over as a look back at this major event (Bixyl Shuftan's VWPBE pictures, Ebbe Linden's VWBPE Speech).
Posted by Bixyl Shuftan at 6:00 AM