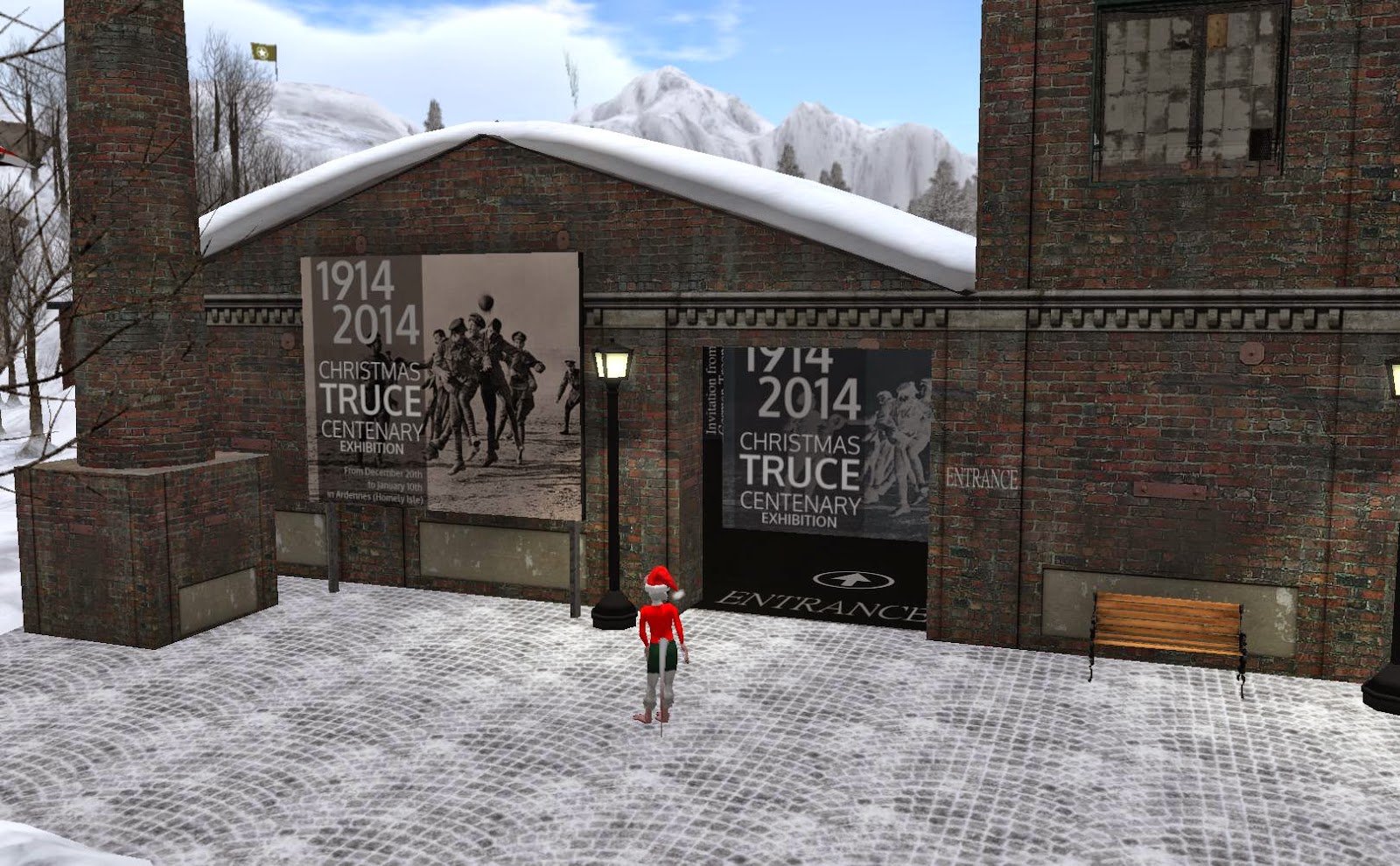 Over the Holidays, there was an exhibit in the WW2 Combat RP area that covered an event not of the Second World War, but of the first. It was a hundred years ago in which Europe was locked in what was then called "The Great War." After the initial German march into France was stopped, both sides dug in and the Western Front was locked in the stalemate of trench warfare, with no end in sight.

Although there were truces in the fighting so both sides could tend to their dead and wounded, in December 1914, something very different took place. The "Christmas Truce" was unique in that so many soldiers took part and that there was not only a lack of fighting but soldiers from opposing sides often meeting up to chat or even exchange items. Although there had been calls from the Pope for a truce, and some officers and generals wanted at least a break in the fighting, what happened came about through the spontaneous combined actions of the infantrymen. For a short time in this war marked by so much death destruction and misery, there was peace. 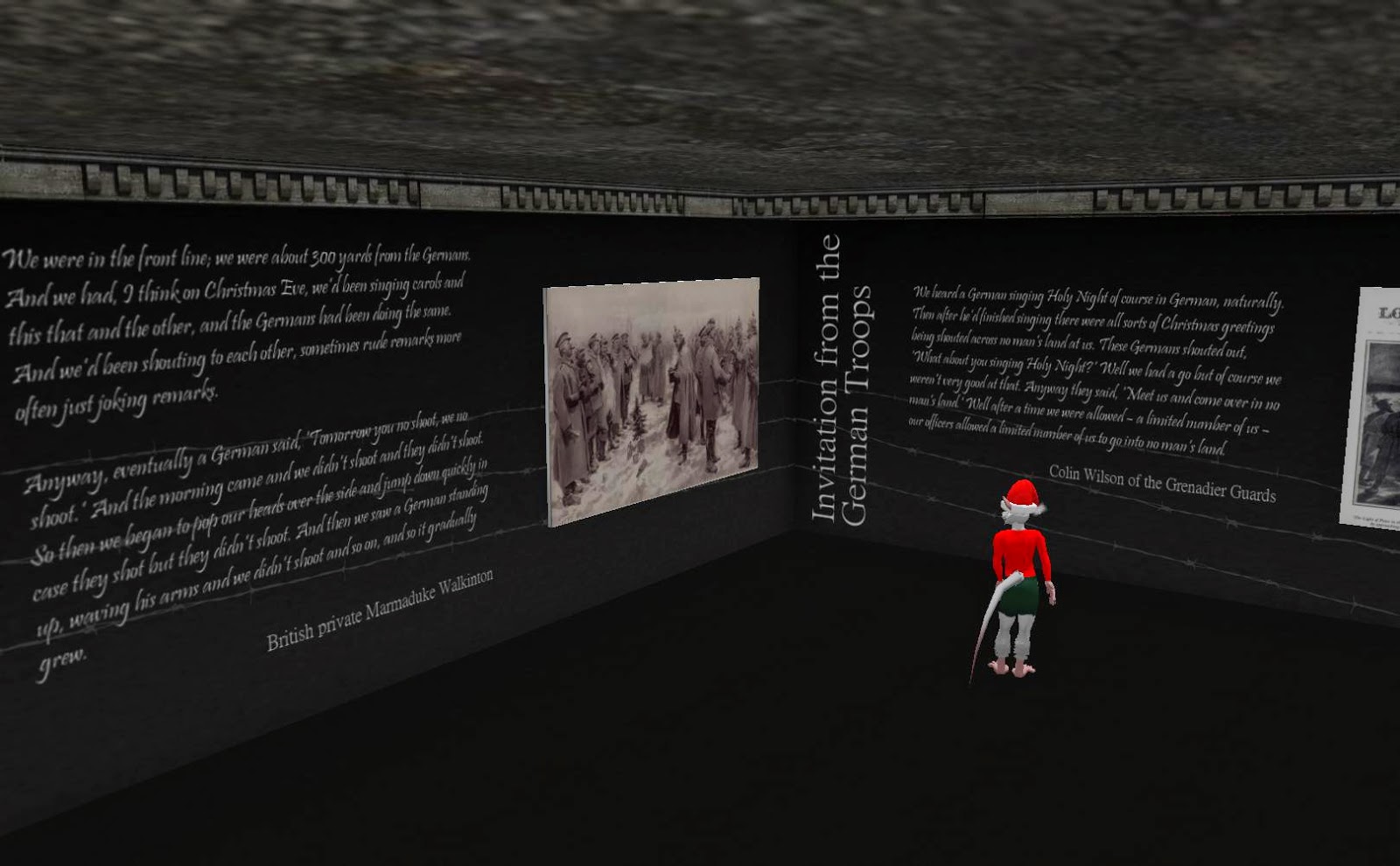 A hundred years later in Second Life, the New Bastogne region had an exhibit about the Christmas Truce, "(Many visitors have) already seen the Christmas Truce Exhibit on Ardennes sim. On the exhibit you will find period time photos, press and the most important, the individual histories of who lived it. Don't miss this great exhibit."

At Homely Isle,there were a number of photographs and descriptions up for display, describing scenes of how the Christmas Truce came to be.

We were in the front line, we were about 300 yards from the Germans. And we had, I think on Christmas Eve, we'd been singing carols and this that and the other, and the Germans had been doing the same. And we'd been shouting to each other, sometimes rude remarks more often just joking remarks. 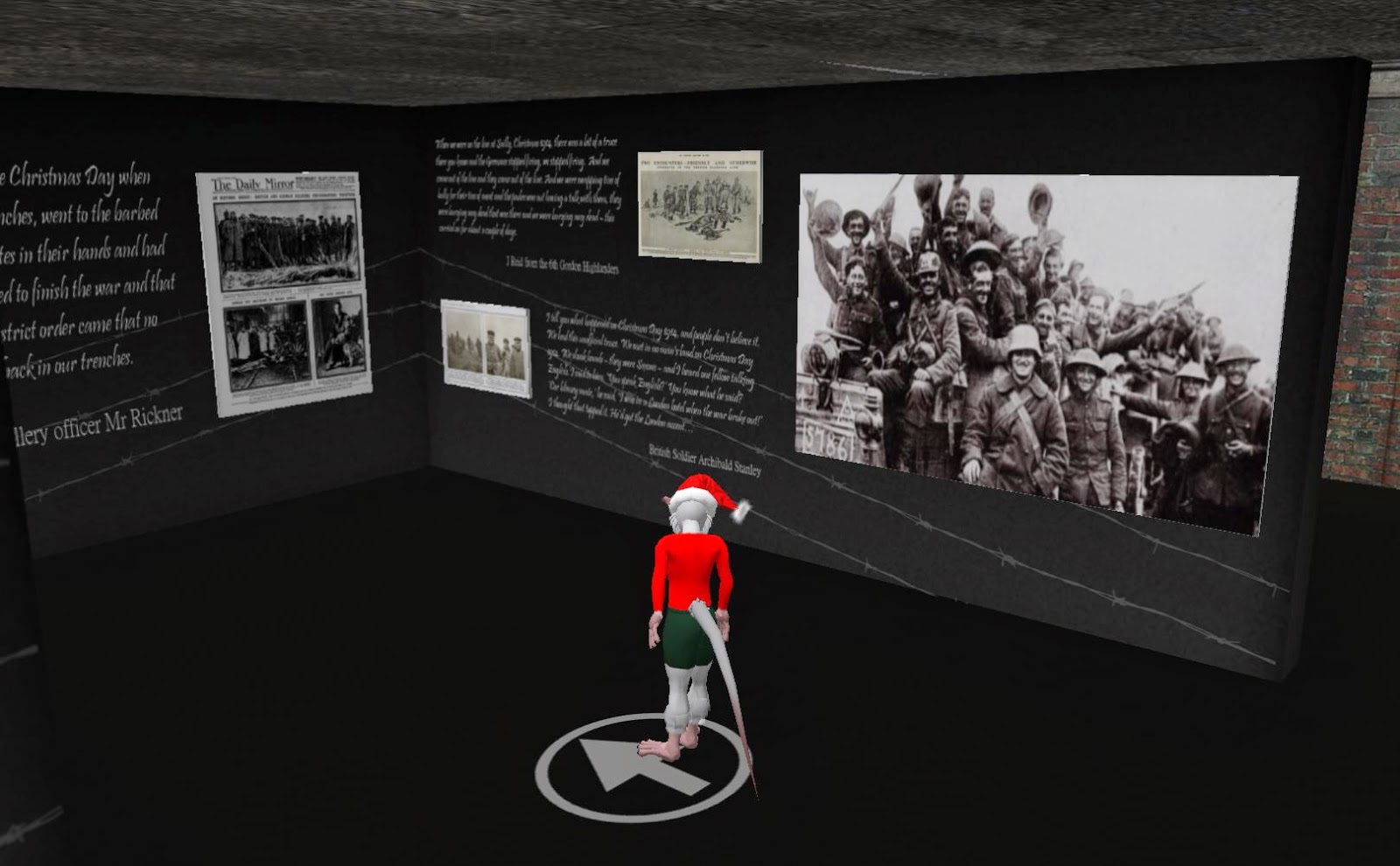 More than a hundred thousand soldiers would take part in the truce. While it was often just simply leaving one another alone, there were numerous examples of the soldiers getting out into No-Mans-Land and chatting with one another, exchanging items such as tobacco with one another, even exchanging Christmas gifts, often alcoholic drinks. There were even soccer matches set up between the two sides.

A Scottish soldier appeared with a football, which seemed to come from nowhere, and a few minutes later a real football match got underway. The Scots marked their goal with their strange caps, and we did the same with ours. It was far from easy to play on the frozen ground, but we continued, keeping rigorously to the rules, despite that it only lasted an hour, and that we had no referee. A great many of the passes went wide, but all the amateaur footballers, although they must have been very tired, played with huge enthusiasm. 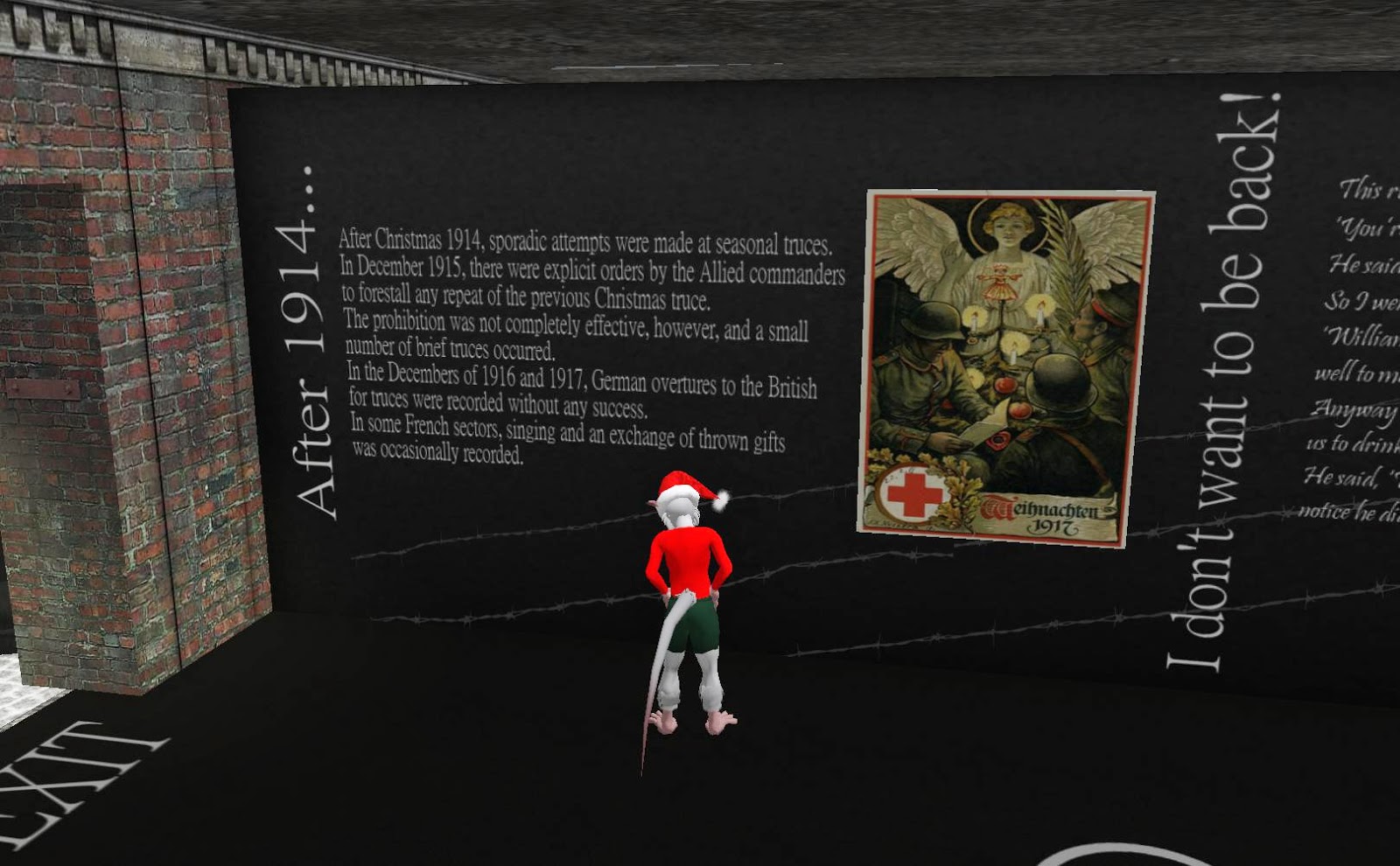 One might think after weeks of stalemate someone among the leadership might have suggested making the truce official and give the governments a chance to negotiate, especially with the Germans whom were fighting a two front war. But it was not to be. Eventually the generals on both sides grew more irritated with the truce, and began ordering the fighting to resume under threat of punishment. The following year, soldiers were warned they faced court-martial, even execution, if they fraternized with the enemy. Some smaller truces still came about in that year and the next, but there would never again be another Christmas Truce like 1914 had seen.

The Christmas Truce Exhibit remained up after New Years, and will be taken down tomorrow on January 10.