The holiday season in Second Life saw it's share of events of all kinds. Most were more or less traditional, involving plenty of familiar Christmas songs. Others were more comedic, out to give the residents a few chuckles. And some were a bit on the offbeat side. One that was comedic and offbeat was Nydia Tungsten's "Twisted Christmas" event.

A favorite kind of event that she performs most years, it almost got called off this season due to her computer breaking down. Fortunately thanks to the help of others, notably her partner Brandi Strussel, most of her music files were recovered, and the show went on, scheduled to take place at the Primal Passions lounge and castle. 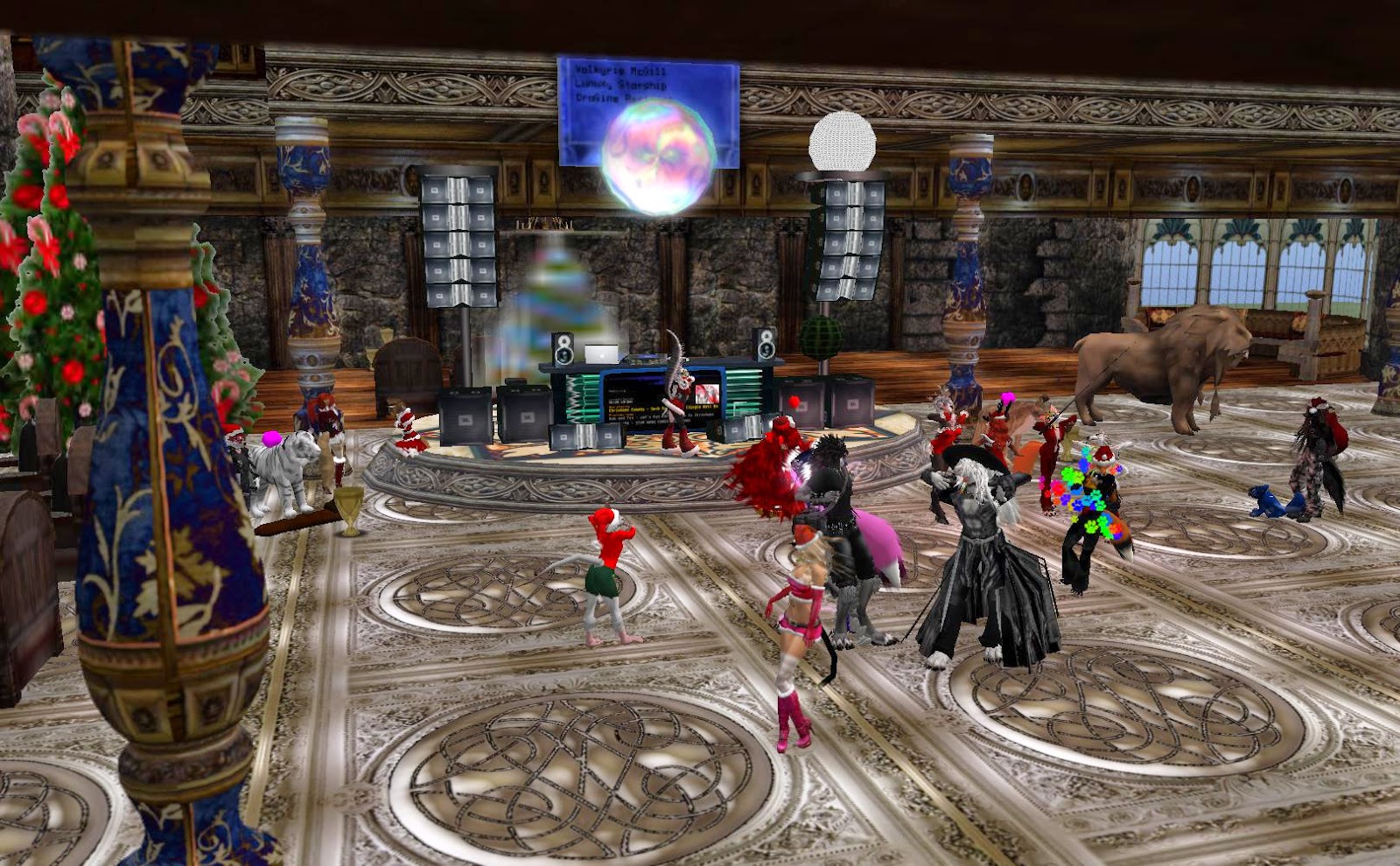 Are you already tired of the sickeningly sweet Christmas ad's and songs playing on TV and radio? would you like to take a break from all that merry (Commercial) Christmas? Well have I got a deal for YOU! It's that time of year again ... time for my "Twisted Christmas" special in Second Life. Modern-day Christmas classics like "Rudolf the Deep Throat Reindeer," "Frosty the Pervert," and many MANY more! See you then! 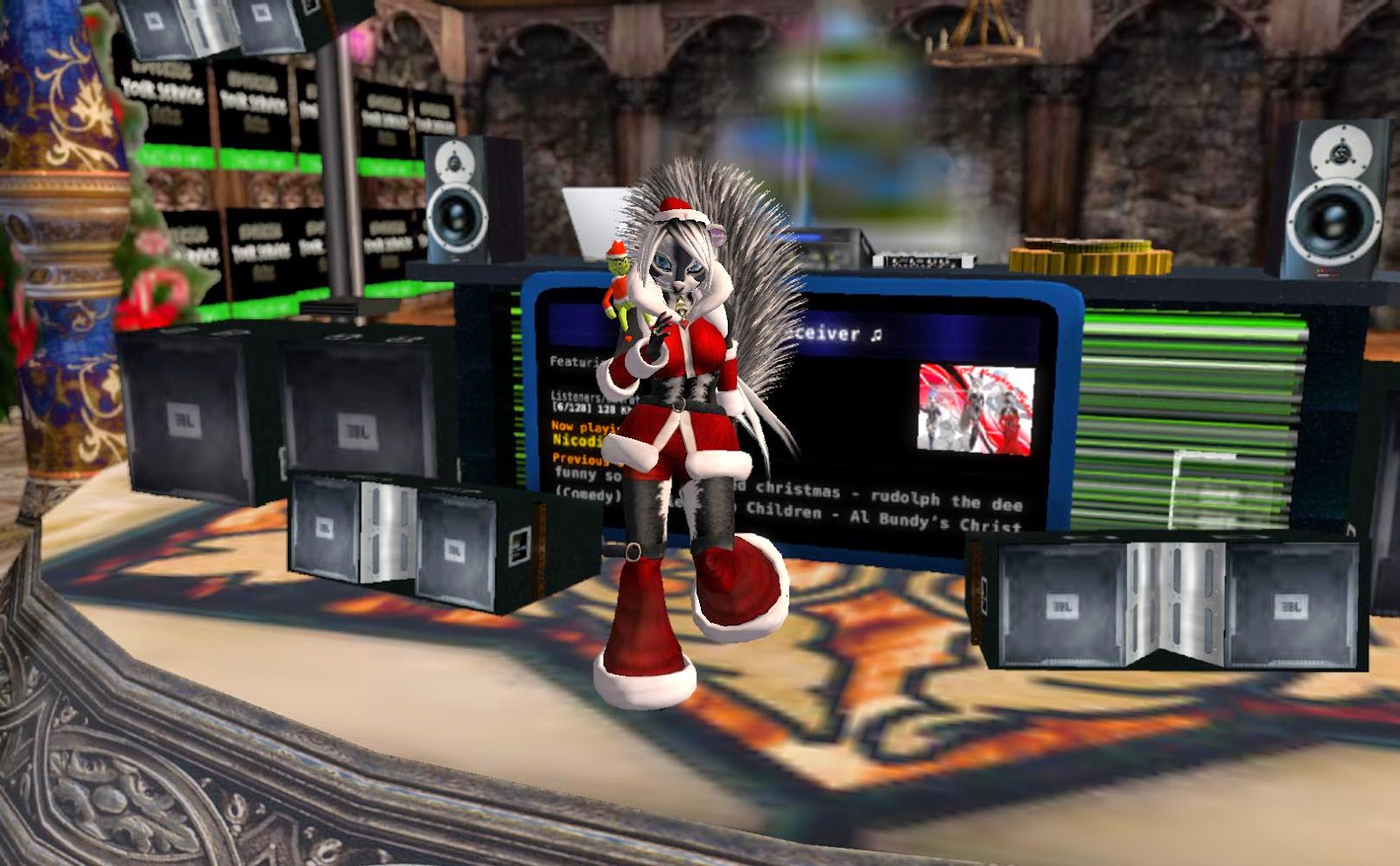 And so at Saturday December 20 as 7 PM SL time approached, people began heading over to the Primal. Nydia, who used to be a regular performing DJ, "DJ Naughty Nydia," lived up to her old handle, dressing her skunk avatar up in a Christmas Santa outfit and dancing on stage as she played songs like "Grandma Got Knocked-Up By a Reindeer," "Chipmunks Roasting on an Open Fire,""I Came Upon a Roadkilled Deer," and a number of others. 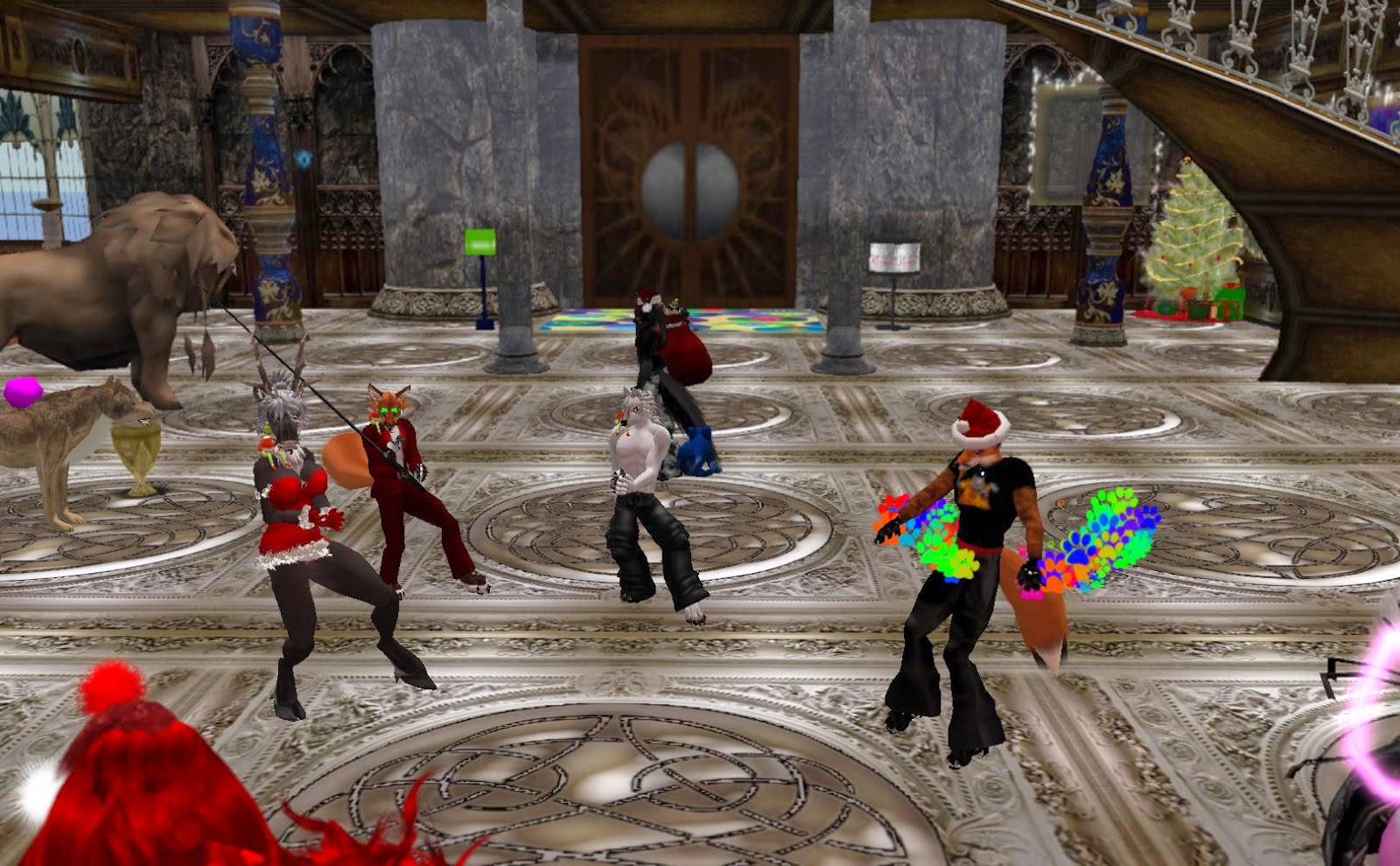 Everyone had such a good time, that a few days later on the 23rd Nydia was at it again. The "Twisted Christmas Encore" was at the "Teasers and Pleasers" club. 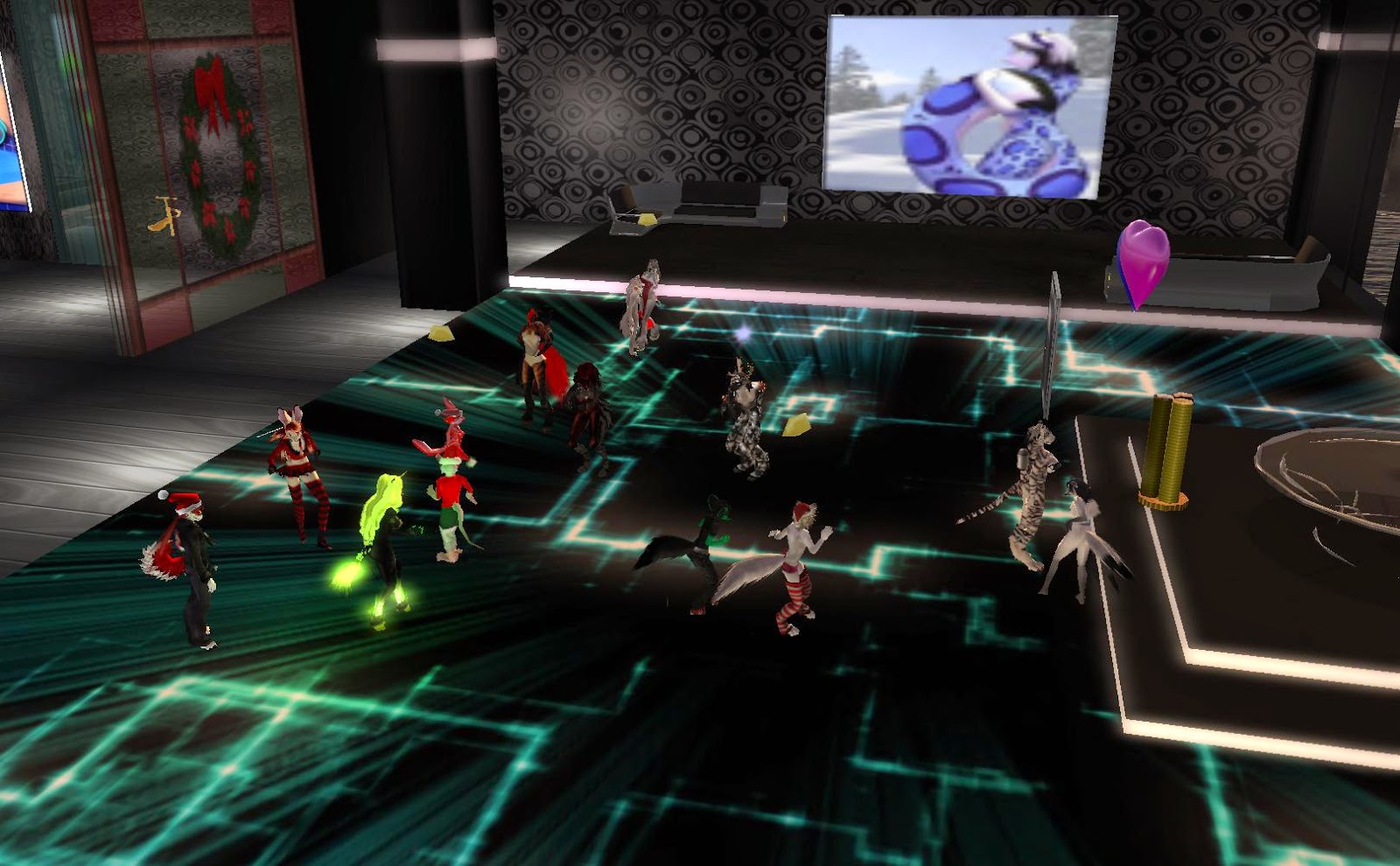 Please join us at T&P for DJ Naughty Nydia and her pervy twist on Christmas songs. If you have ever wondered what your favorite Christmas Carols ever sounded like in a more adult manner, now is your chance to find out. Only here at T&P at 3:00 PM SLT.

And once again, it was time for the wacky tunes. Not all of them were riskee. Some were modern classics done with a twist that was safe for sensitive ears such as "The Twelve Pains of Christmas," and "Grandma Got Run Over By a Reindeer." But others such as "Grandma Got Molested at the Airport" were not. Some songs such as South Park's "Merry F***ing Christmas" we can't show the whole title. The demented tunes went on for about three hours, Nydia grinning and whooping it up all the while.

Lots of fun was had by all. What sort of revelry the next holiday season will bring, we'll see next year.