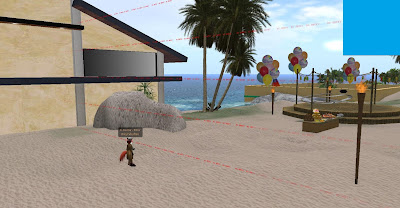 Originally, we were going to have the party for Saturday at Noon at Thorstar. But there was a last minute problem: ban lines. We didn't see who now owned the stretch of beach, so the only thing we could do was move the party. 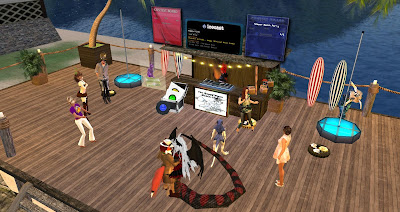 And so we moved it to the Happy Vixen, with Grease Coakes spinning the tunes as the DJ. 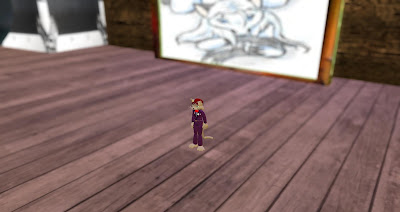 Lomgren Smalls, who has been easing back into Second life after a hiatus, was among those there. 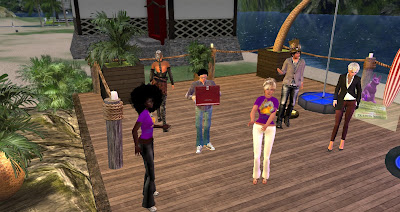 Besides Grease, Gemma Cleanslate and Wesley Regenbogen were there, along with some friends such as Anne Brightstar. 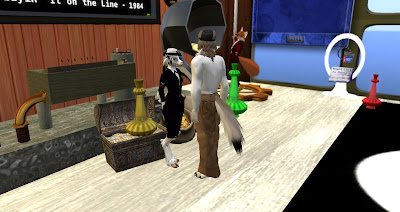 At 6PM, it was time for the party at Cutlass. As June 6 was also D-Day, Cynthia Farshore, whom was DJing for the party, wore a naval uniform and played a recording of the announcement of the landings in Normandy. 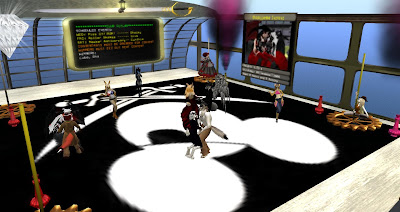 Lots of fun was had with various news songs being played. 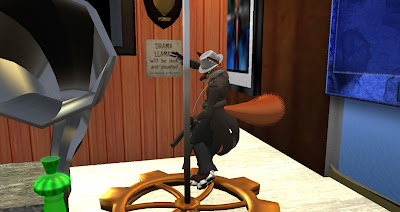 Zorro Wuramunga, normally with a fishing rod, sported the traditional news reporter's hat and overcoat that night. He and Carolzilla Lionheart won 500 Lindens each. 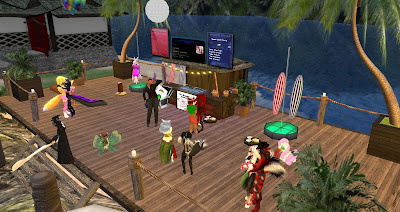 On Sunday at Noon, it was time to once again take the party to the Happy Vixen for the last of the celebration events. 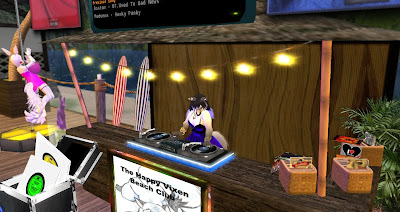 Nydia Tungsten, who runs the Happy Vixen, would be the DJ for this events. She would play songs like "We Are the Champions" and several renditions of "Happy Birthday.

Today we are hosting the birthday party for the SL newser, yours truly is DJ'ing and putting out the tunes to help them make it another year, come by because you are all invited! 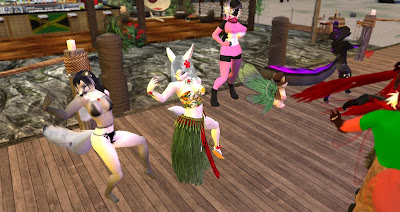 At one poiny, Nydia and Jenni Greenfield did a a hula dance routine. 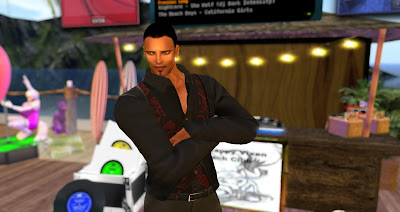 Ozymandius was among those showing up at the party. 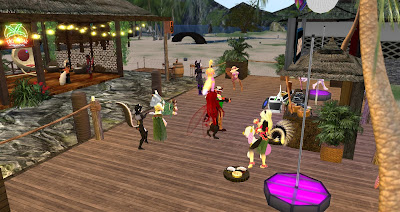 The 500L prize, which had been boosted to 1500 by a supporter, went to Skylark Lefavre.

The Newser's celebration was also noted by Daniel Voyager, who mentioned it on his blog. There were also various well wishers on Facebook.

It was a Happy Anniversary to the Second Life Newser, and hopefully there will be many more to come.