The Snowman Contest and the Holidays For Hope Ball 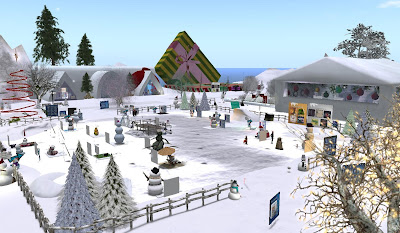 The Relay for Life Christmas Expo wasn't over until Monday. But Sunday December 13 was the high point of the festival. This was a day of events such as the conclusion of the snowman contest, and the Holidays for Hope Ball. 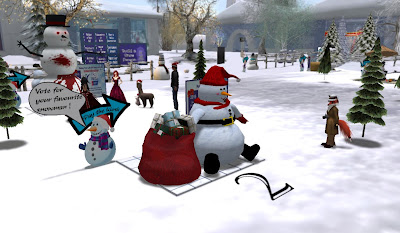 Those taking part in the contest paid a 500 Linden dollar fee, with cash prizes going to the winners. Voting was done by donating Lindens to the kiosk next to the entry you wanted. Some of the entries were fairly conventional, such as this one sitting down next to a Santa sack. 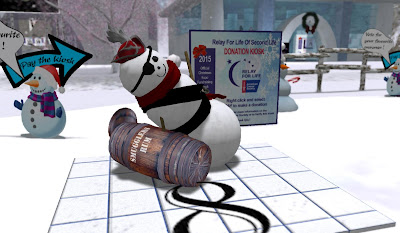 Would this guy be an "Ice Pirate?" Yo ho ho and a keg of rum. 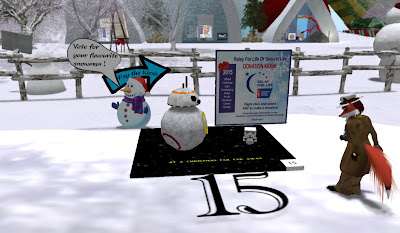 This one was a tribute to the new "Star Wars" movie out. 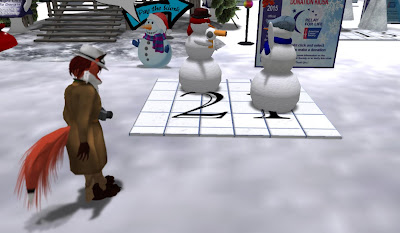 And this one, either the builder was from the big city, or a "Calvin and Hobbes" fan. 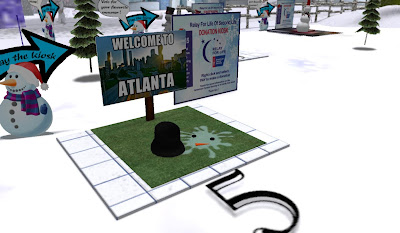 "Welcome to Atlanta." Looks like this snowman didn't survive his trip. 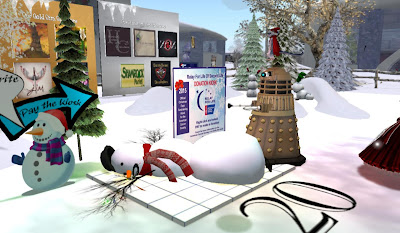 That dalek isn't part of the display, but someone in an avatar. But he certainly gave a new angle to this entry. 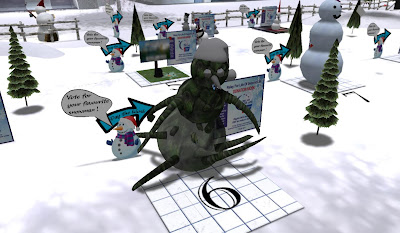 Now this snowman looks downright creepy, something out of a Lovecraftian story. You don't want to end up "Alone in the Dark" with that. 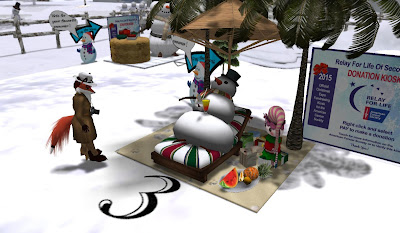 And then there was this one. Cuddly Waffle called it, "very cute. This was a snowman who was taking a break from the cold and somehow managed not to melt!" Maybe he was on a beach in Alaska.

I would later hear that this snowman, built by Thathy Slade, was the winner. Second place went to the green tentacled horror by Eclair Martinek. ArianaAstro Resident's snowman came in third. A total of 80,000 Linden dollars would be raised by the snowman contest. 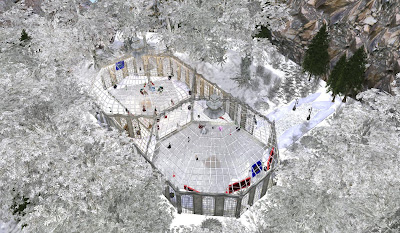 Soon it was time for "the Grand Finale Event of the 2015 Christmas Expo," the Holidays for Hope Ball. This would be the sixth time this annual event had taken place. It would be held in a double ballroom. 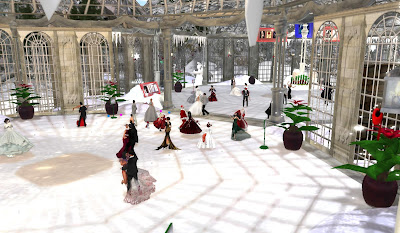 The ballroom was created by Darkstone Aeon and the event was sponsored by T-1 Radio. 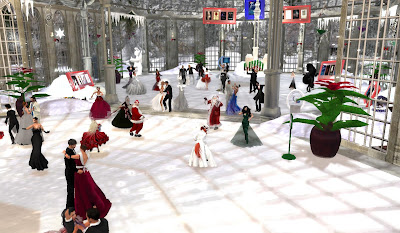 Dozens would show up at the event. 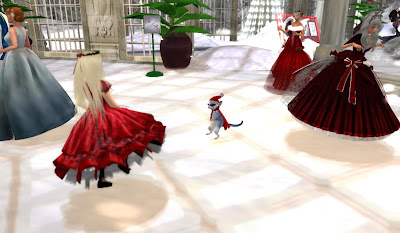 Formal attire was requested, though not a hard requirement. 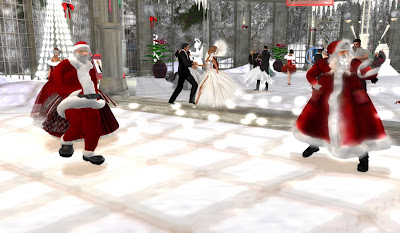 There were two people in Santa outfits on the dance floor, one of whom was the one doing Santa duty at the Expo. Maybe one can call this scene "dueling Santas." 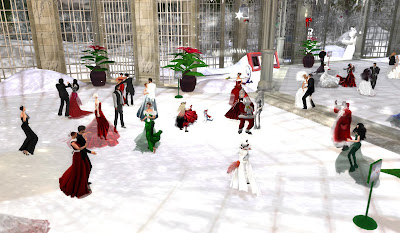 A fun time was had by all. Trader Whiplash would later announce the festival had raised over two million Linden dollars.

And so, the 2015 Relay for Life Christmas Expo is now over. But the Relayers are not despairing. In a few months will be the the start of the official Relay for Life season. And once again, their fun-filled antics will resume.