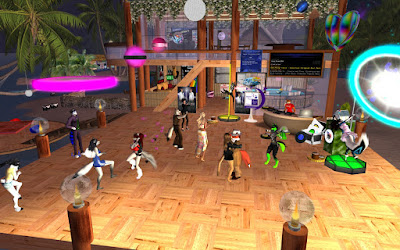 On Saturday June 2, the Second Life Newser held it's anniversary celebration. For eight years, since Saturday June 5, 2010, the Newser has reported on people, places, and events across the virtual world. Now, it was time for some of the staff to take a break and have a little fun. 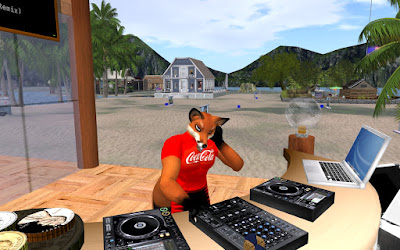 DJ Grease played the music for the party. It was a mix of various tunes, including some videogame remixes. 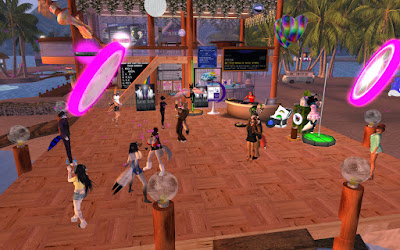 Besides the music, there were some triva games to play, with a few Lindens going to those giving the right answer, or rather one the trivia ball would recognize as some right answers were too short or the wrong spelling. There were also some neon-lit floating platfoms one could dance away and defy gravity on. A part of "Club Fur" years ago, more recently they've been seen at Club Zero Gravity. It was decided to bring a pair to the beach club to see how the people would like them. 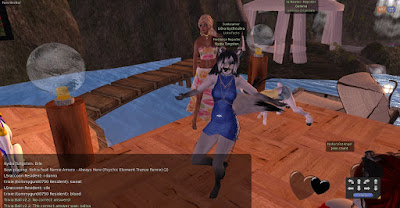 Among those showing up were Newser reporter Gemma Cleanslate. Also there was Nydia Tungsten, the owner of the Happy Vixen. 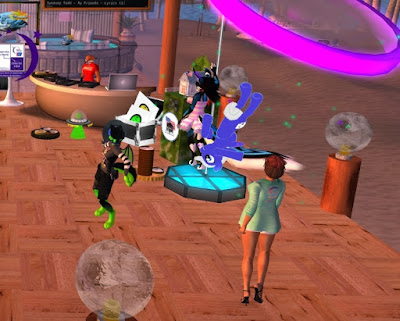 Reporter Deaflegacy was also there, in a pony avatar dancing away on a floating platform. Treacle Darlandes watches nearby. 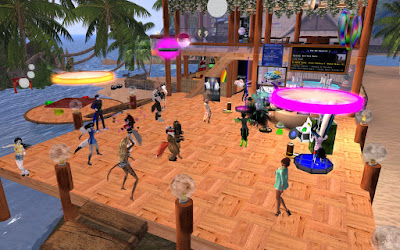 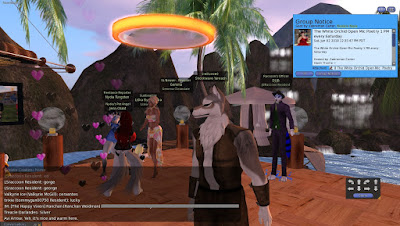 Shockwave Yareach takes a break from building to drop by. 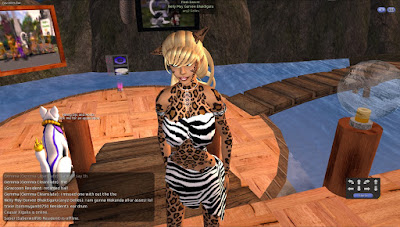 Any1 Gynoid showed up in an alt I hadn't seen before, Any2 Gelles. 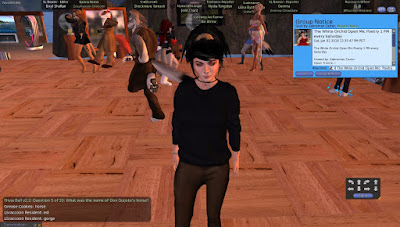 Among others dropping by, besides Treacle there was Avi Arrow. 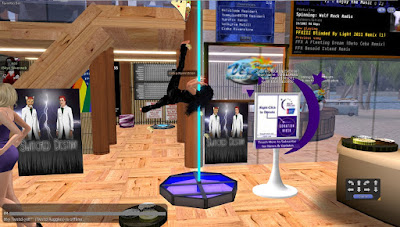 Ciska Riversone takes a try on one of the dance poles. I'd thought I'd gotten a better picture of ISkye Silvereb, who was there with Slatan Dryke, but it turns out I didn't. Both were recently interviewed by Virtual Ability. 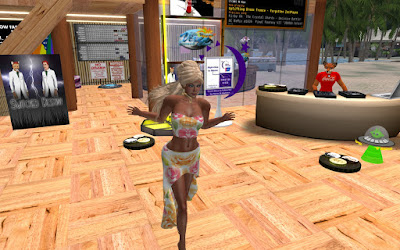 Another picture of Gemma. 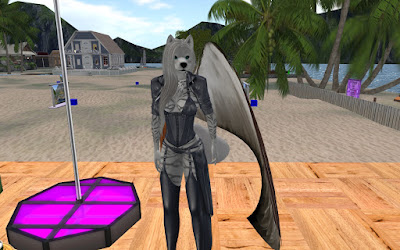 We had quite a great time, with lots of people over. 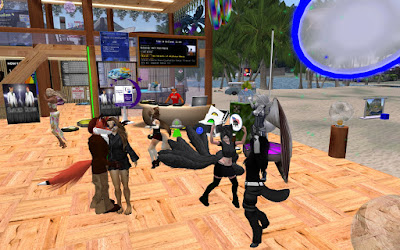 There was an 888 Linden dollar prize on the board, the theme being "Come as you are." But two people raised it to an even 1000 L. It turned out to be a five-way tie!