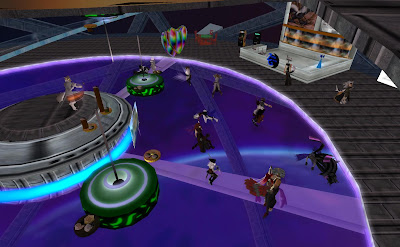 On Tuesday Sept. 18th, Club Zero Gravity held a "Pirate Night" in honor of "Talk Like a Pirate Day," giving people a chance to celebrate a little early. 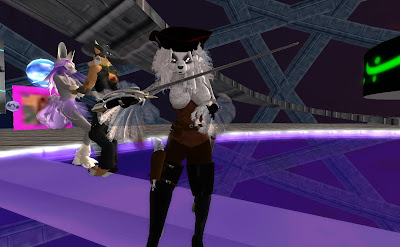 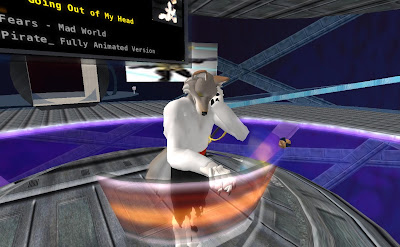 DJ Shockwave entertained the crowd with his music, as well as a few one-liners between songs, which included, "A Pirate's Life for Me," "Airship Pirates," "A Pirate Christmas," "You are a Pirate," and "Hey it's Can(n)on." His humor showed when he dedicated one song to a skunkgirl, "You Stink, But I Love You," and when some unknown person was having fun with a "spanker," his response was to play Michael Jackson's "Beat it."

Someone asked where to get one of the pirate songs. It was downloaded from a pay music website, "It would be bad form to pirate a pirate." 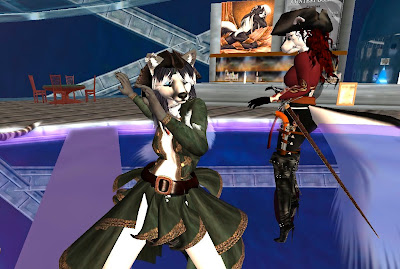 Club Zero Gravity's owner Nydia Tungsten was among those reveling it up on the dance floor. Jessicabelle Dayafter (right) was the winner of the contest for best pirate look. Her outfit having two sabers and multiple flintlock pistols, none of the other buccaneers chose to "arrrrrr"gue.

It was a night of piratical fun at Zero-G that night.