Scenes From The VWBPE Education Conference


From April 9 to April 12, the annual VWPBE (Virtual Worlds Best Practices in Education) conference took place in Second Life. Over four days across six sims, presenters and pannels gave various talks and discussions, and there were also a few exhibits. 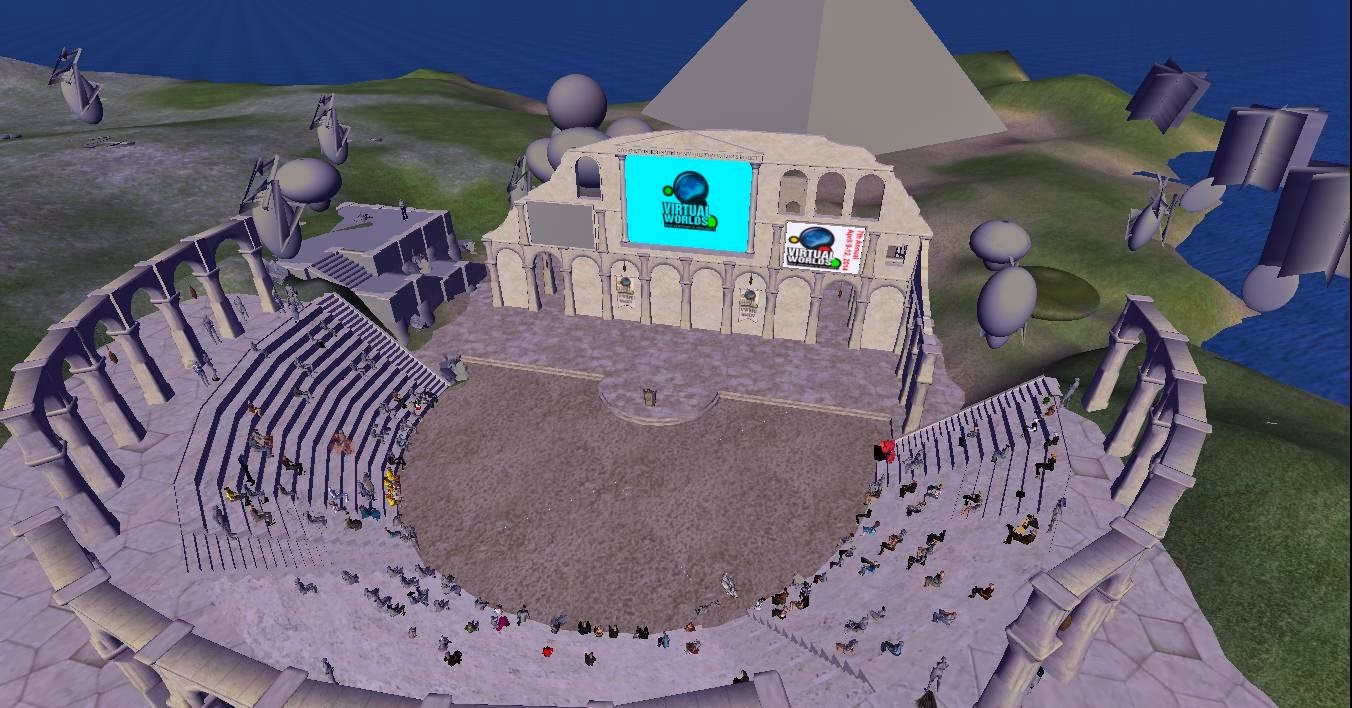 At 1PM SL time on Wednesday April 9, the conference began at the auditorium at the corners of VWBPE Central 1, 2, 3, and 4. 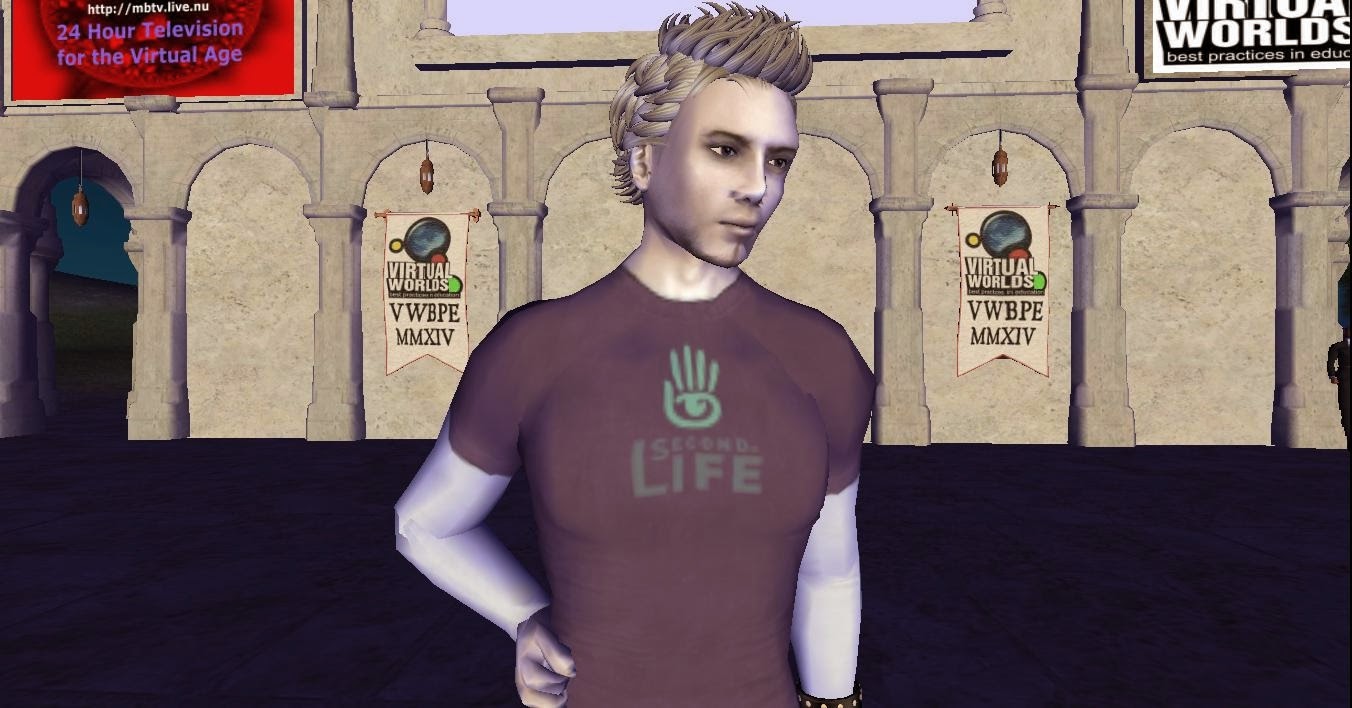 The opening keynote was given by none other than Philip Rosedale, the former Philip Linden. 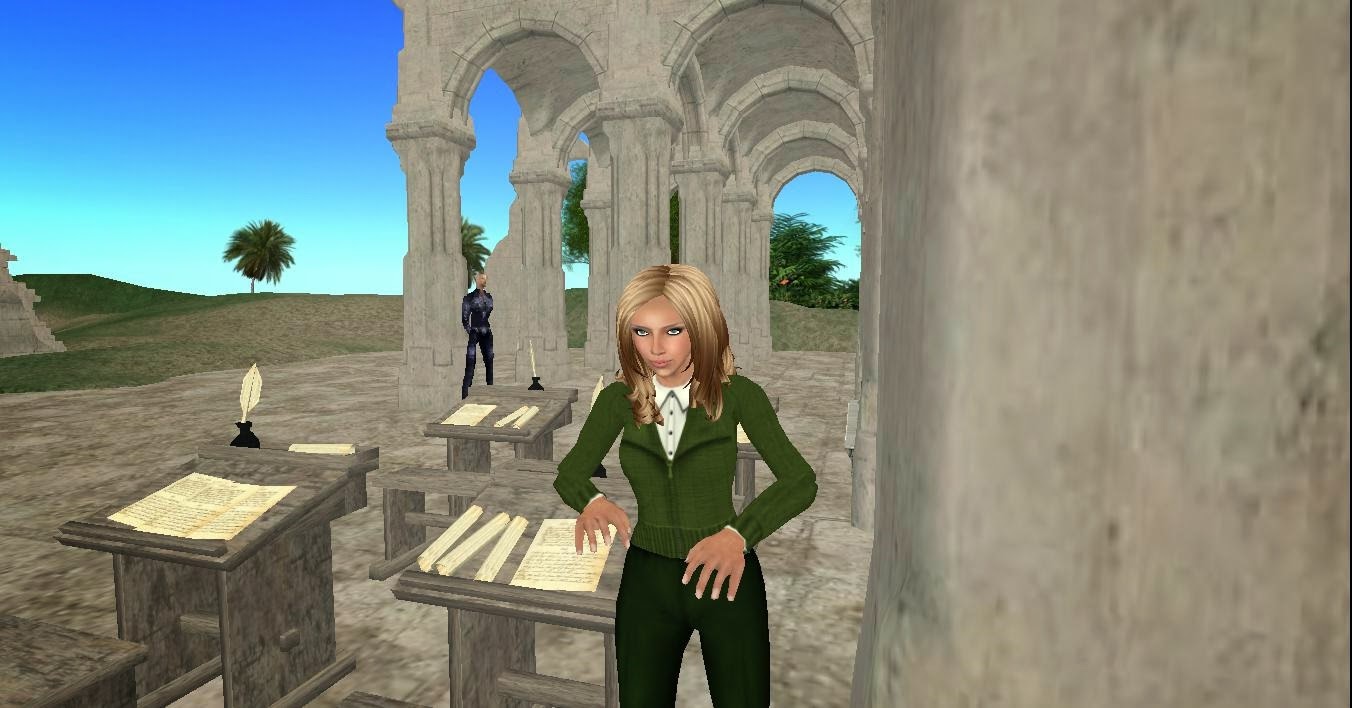 To see what Philip Rosedale had to say, one can check out reviews made by Daniel Voyager and Inara Pey, or check out the following video made by Mal Burns: 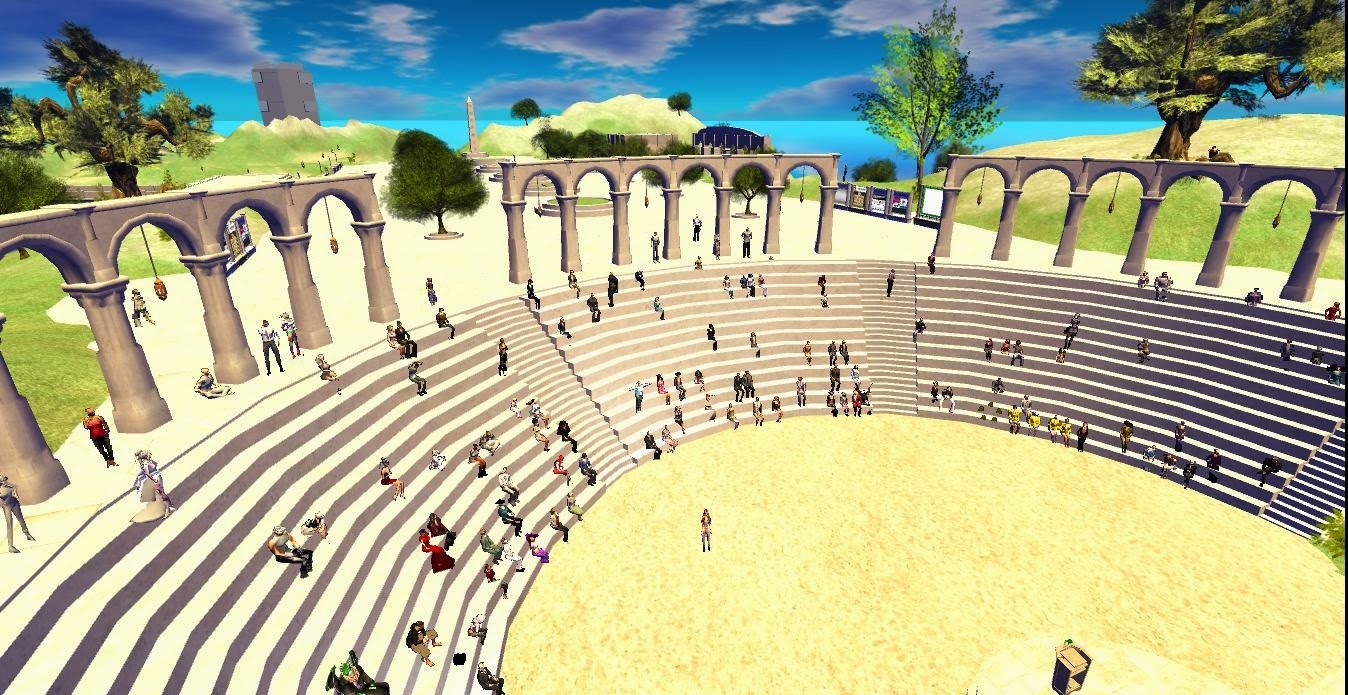 On Friday at 1PM, there would be another important speaker: Ebbe Linden. 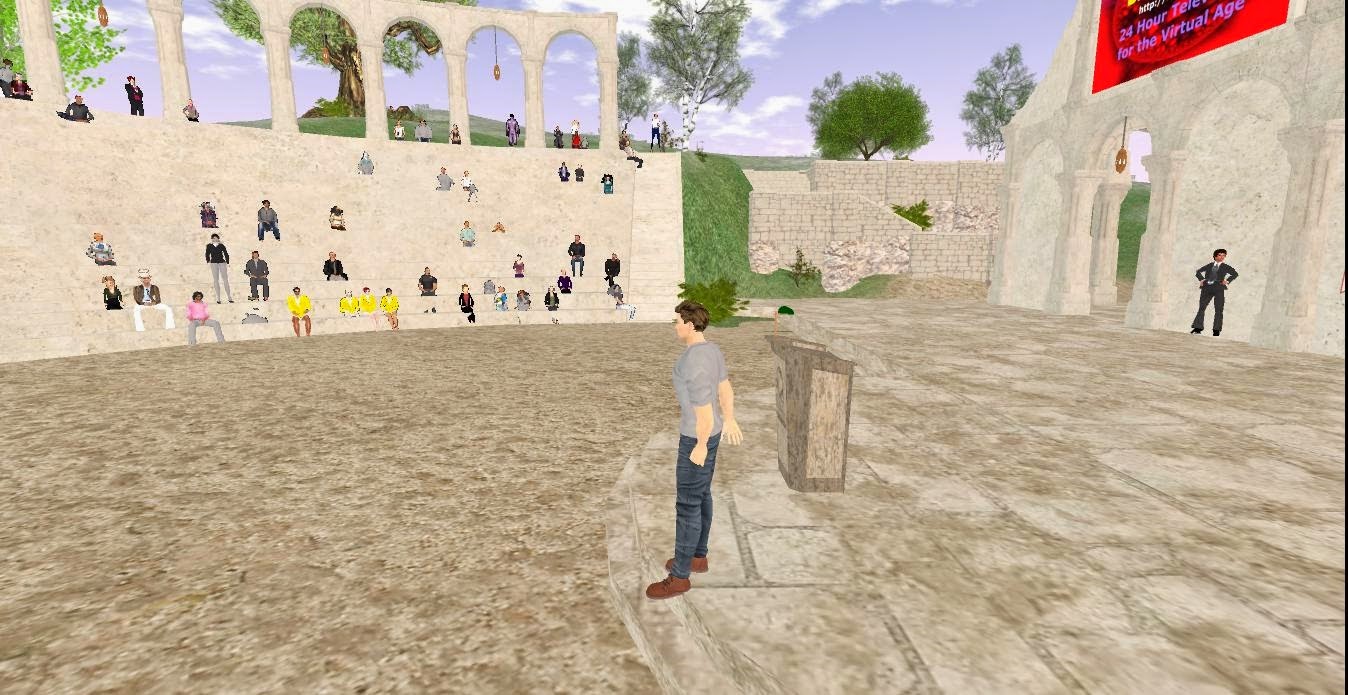 Ebbe, wearing one of the starter avatars for new residents planned for release in the near future, addressed a packed crowd. He spoke about the Terms of Service issue, and numerous other topics. 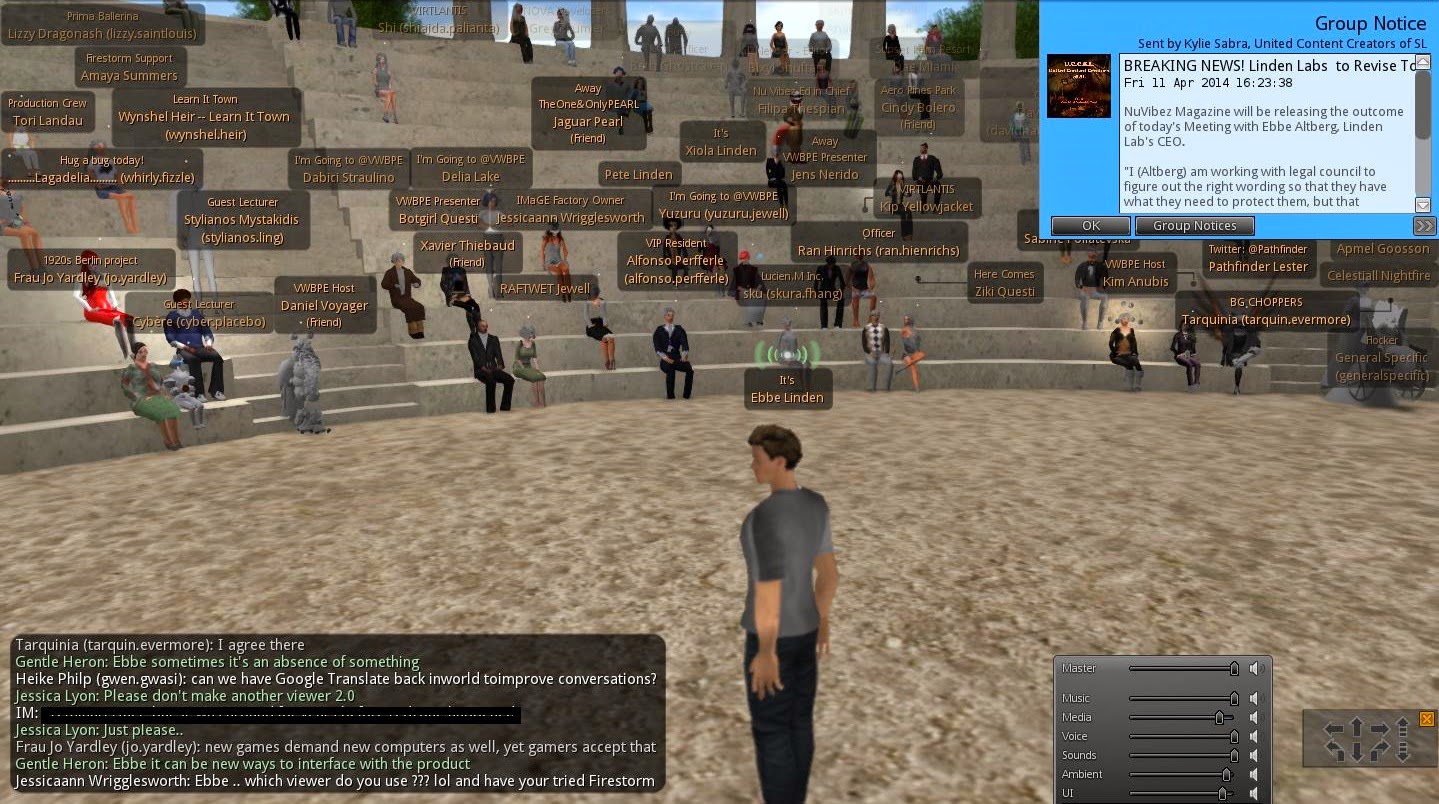 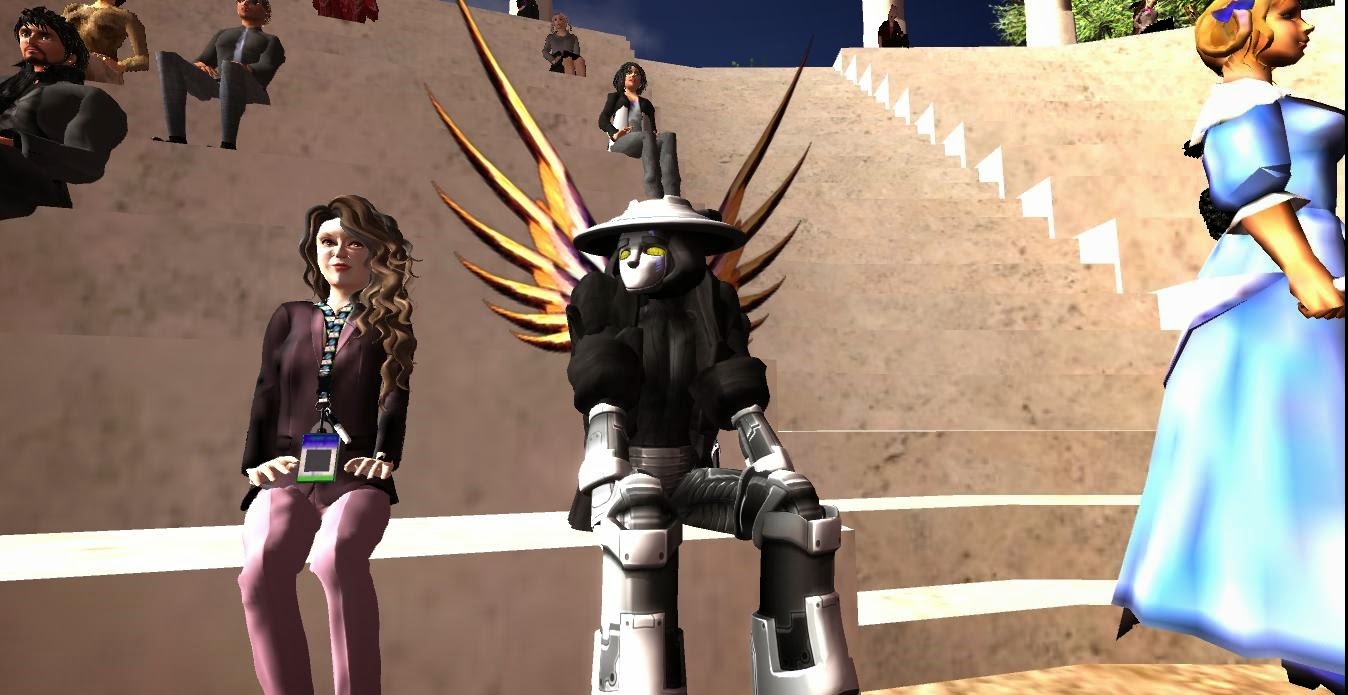 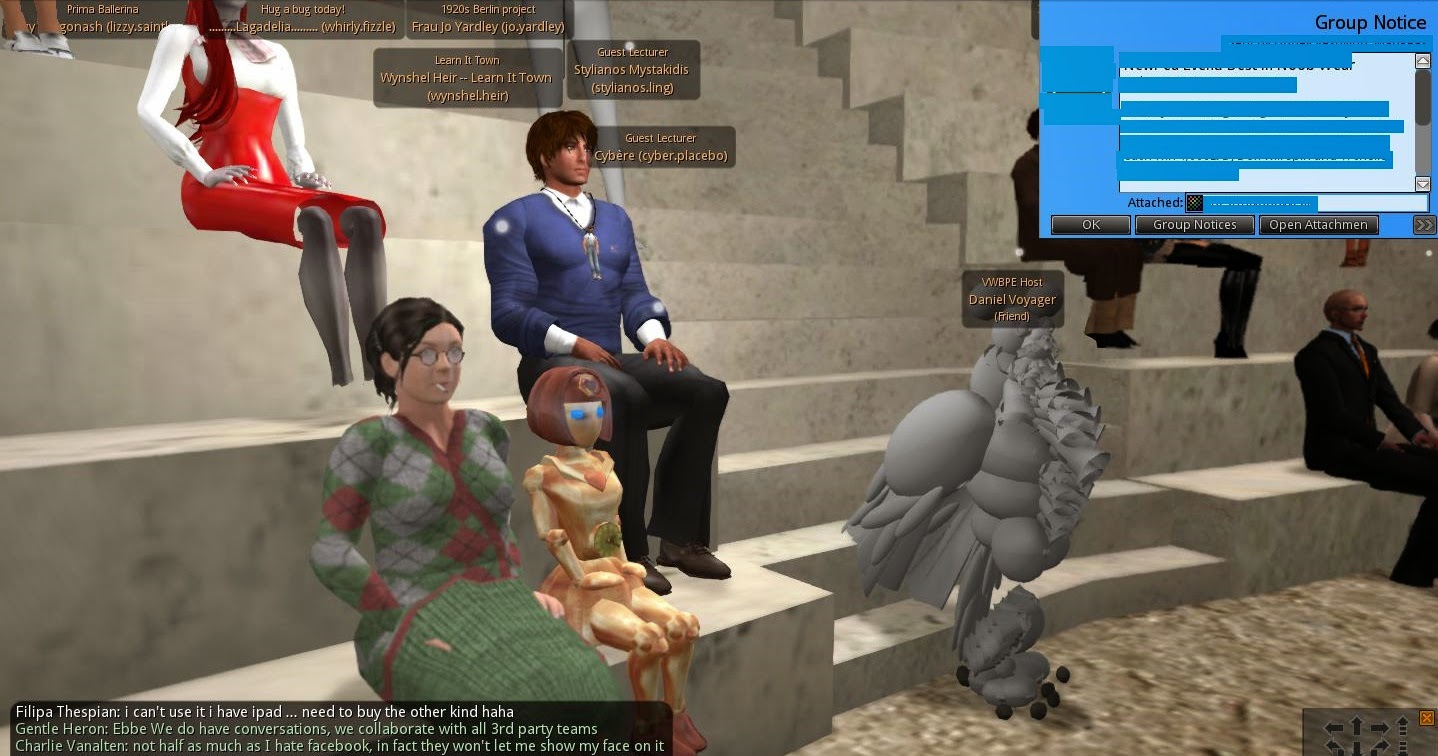 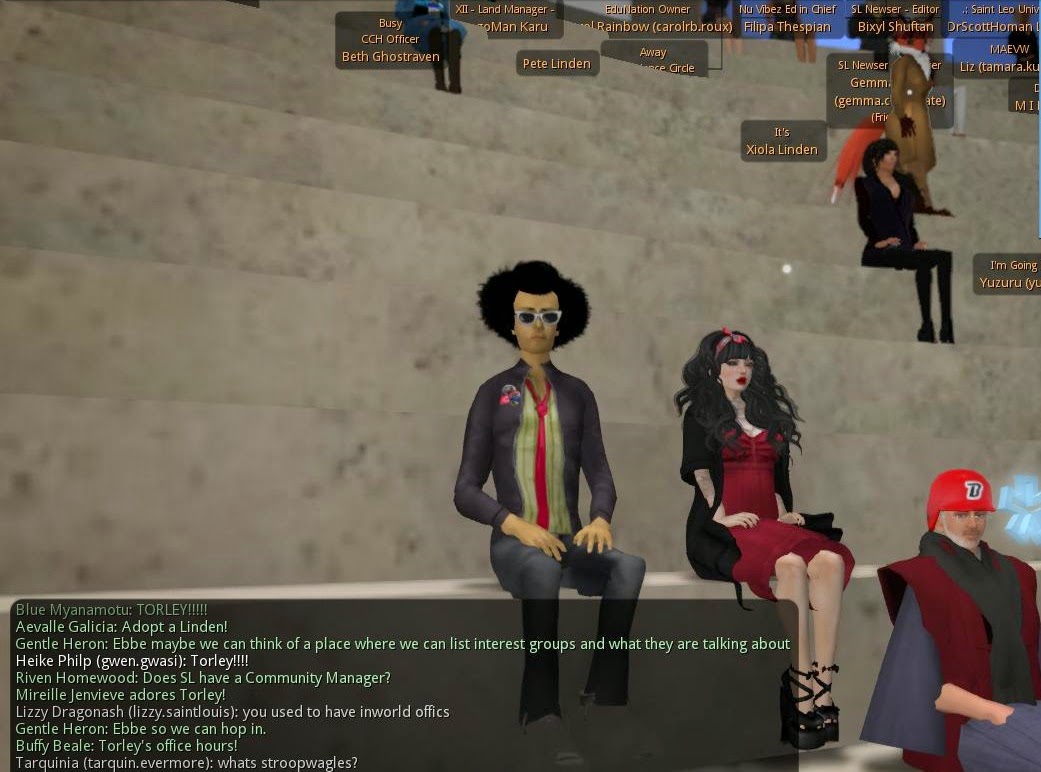 Pete and Xiola Linden were also there.

There's a summary of Ebbe's speech from Daniel Voyager, a review by Jo Yardley, and a full transcript from Inara Pey. There's also video by Mal Burns: 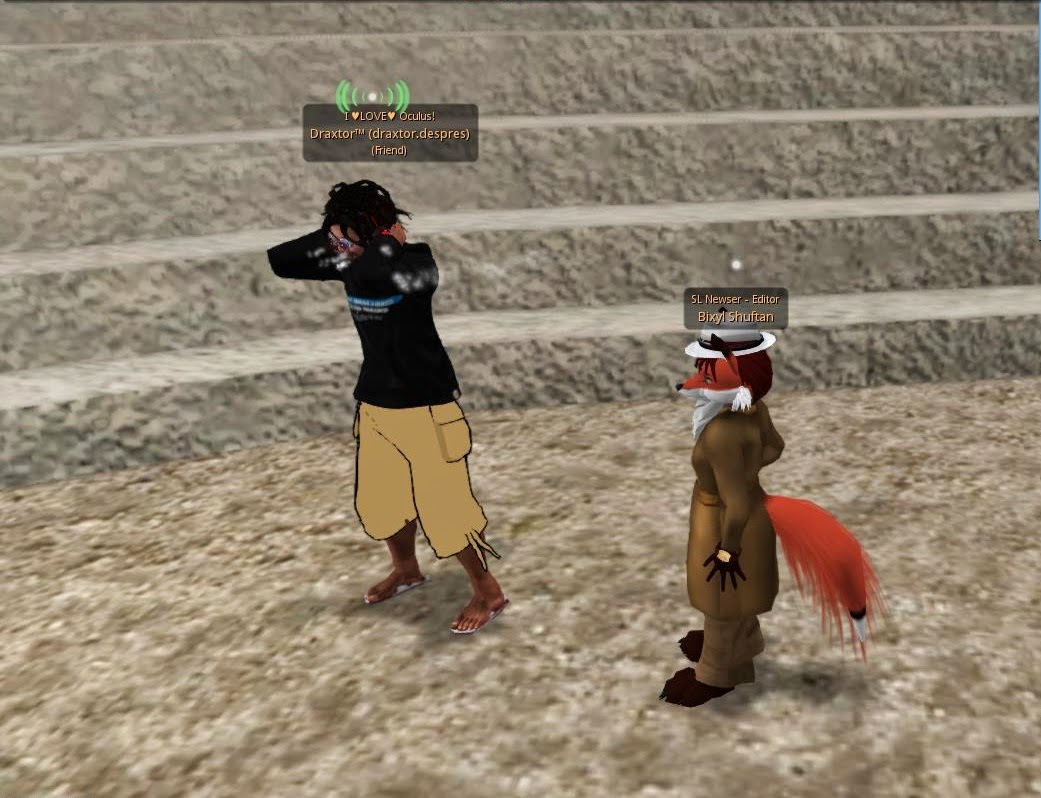 Following Ebbe's speech, and the crowd leaving, I met up briefly with Draxtor Despress. 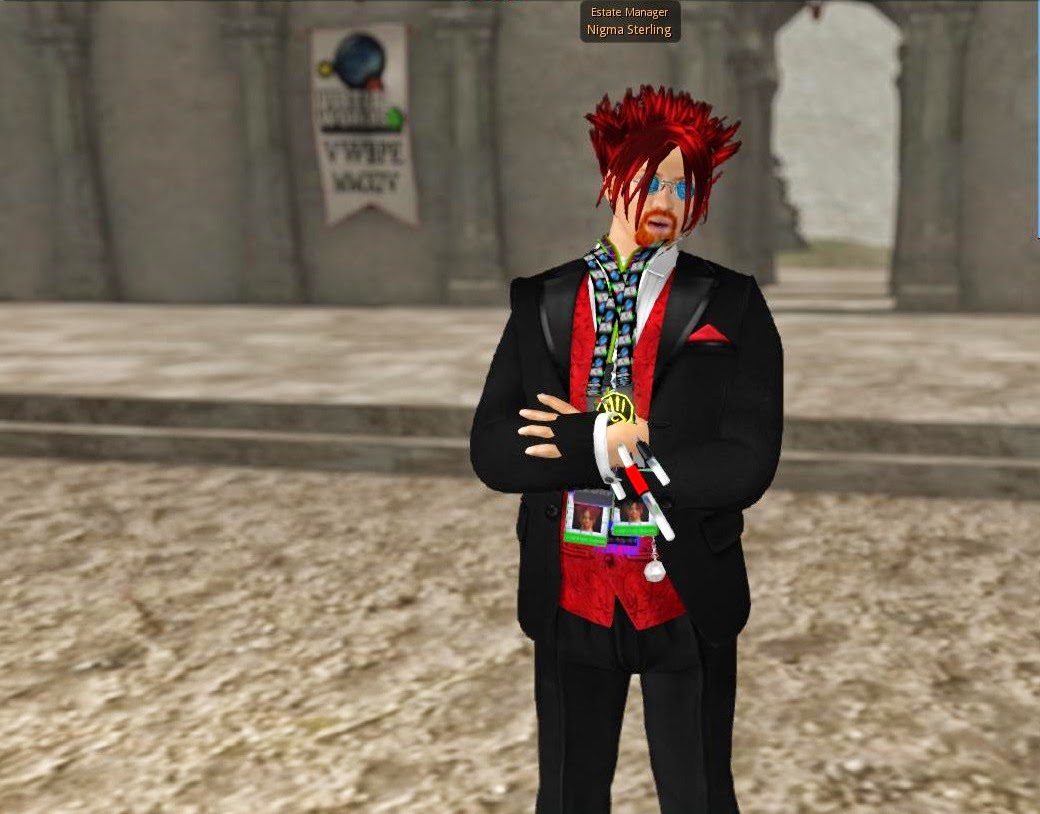 I also met  up with Nigma Sterling whom help organize things for the conference. 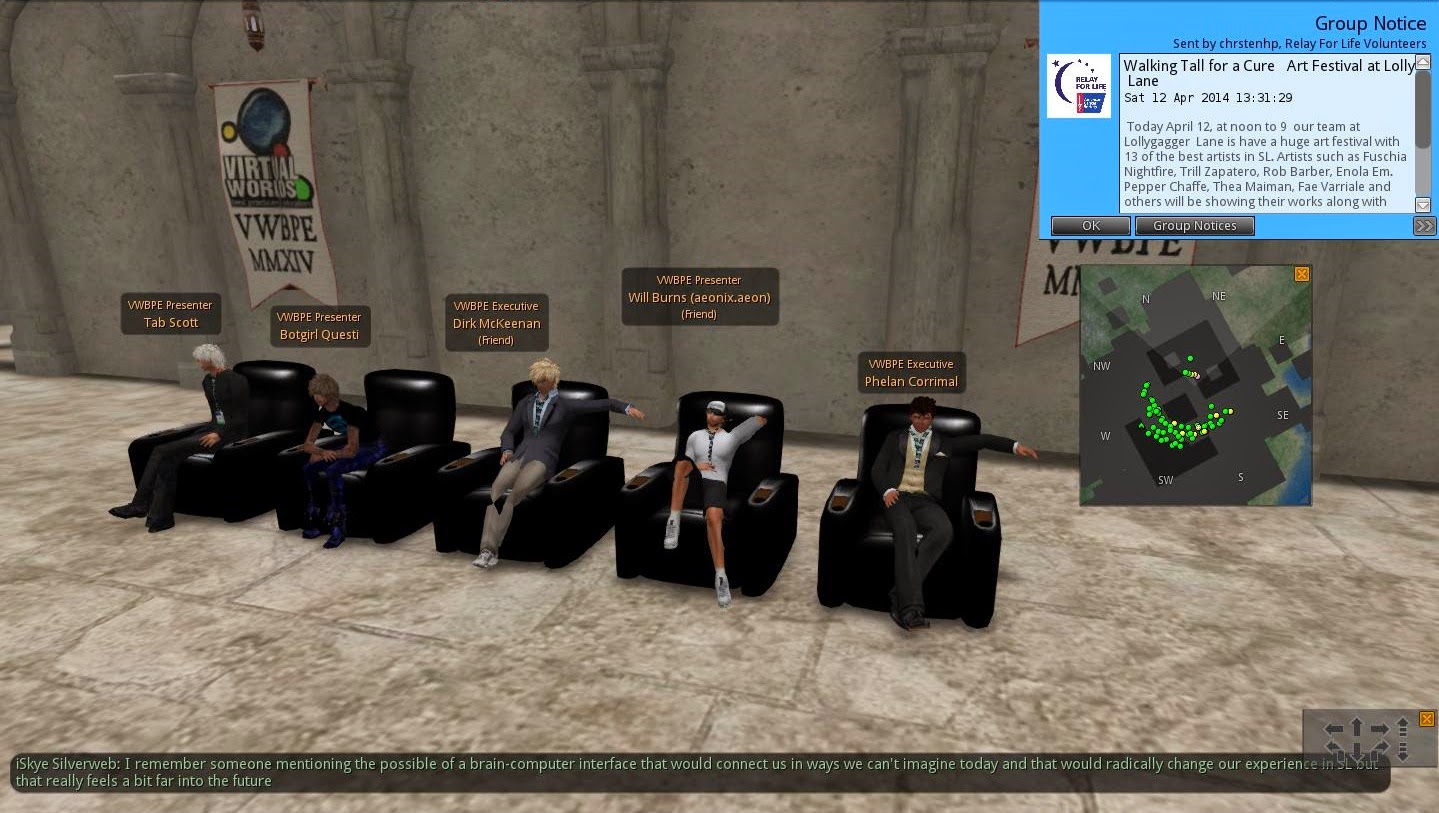 The following day, Saturday April 12 from about 9AM to 11 AM SL time, there was the "Connecting the Past, Present, and Future" discussion, with Botgirl Questi, Will Burns/Aeonix Aeon, Jerry Beaubois/Tab Scott, and Kevin Freenan/ Phelan Corrimal made up the panel on stage. 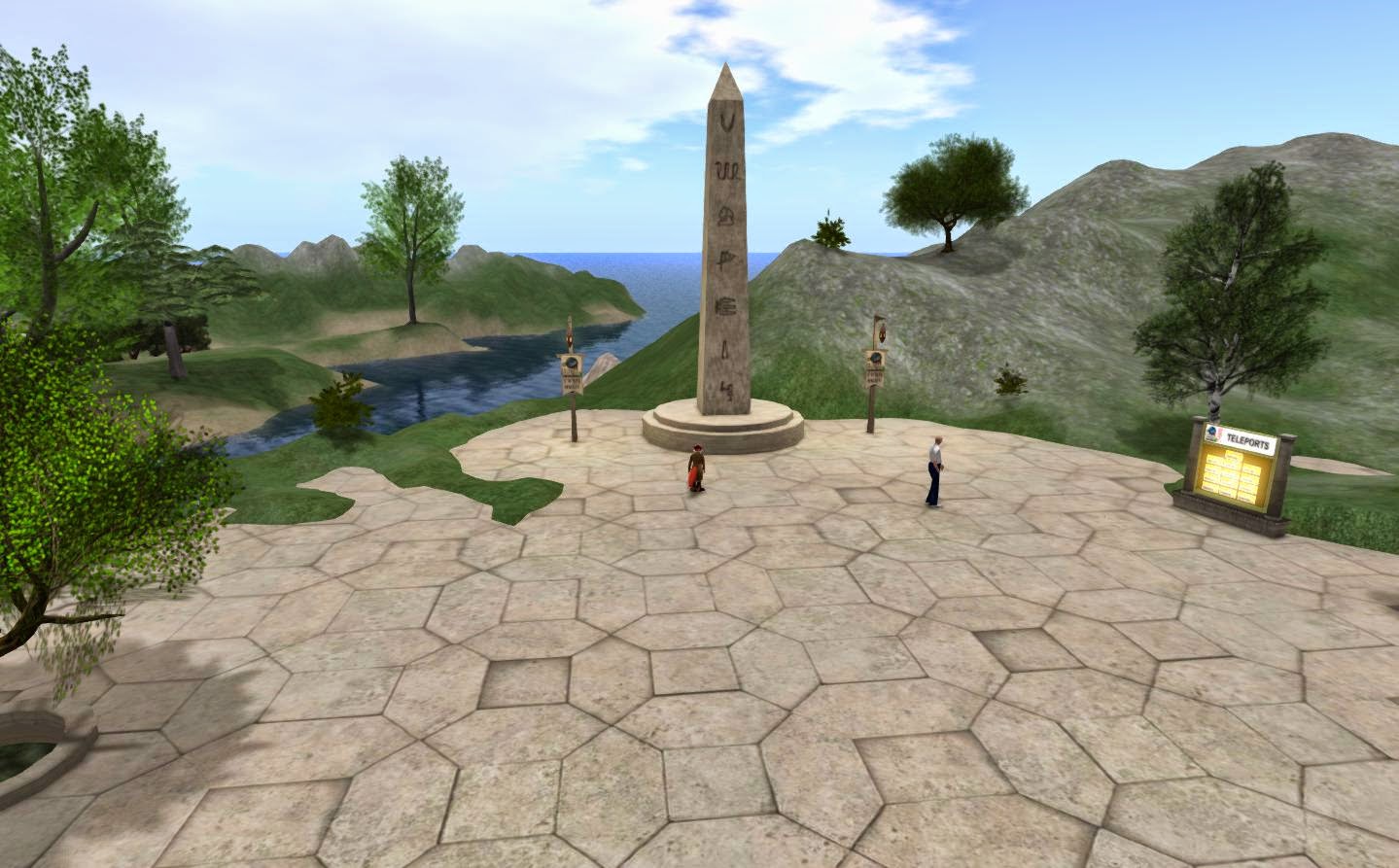 With a little time on my hands, finally, I went about exploring the location. 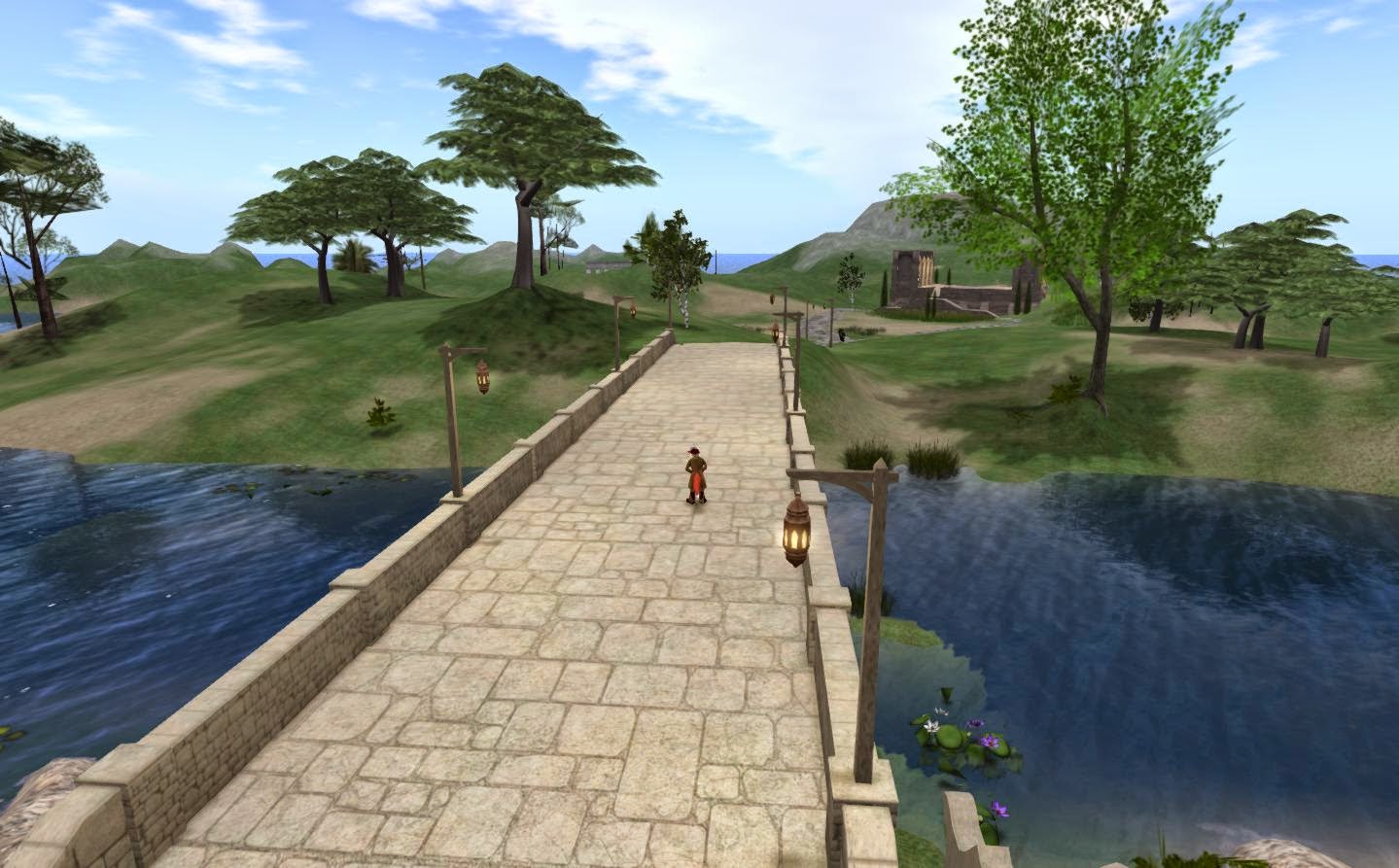 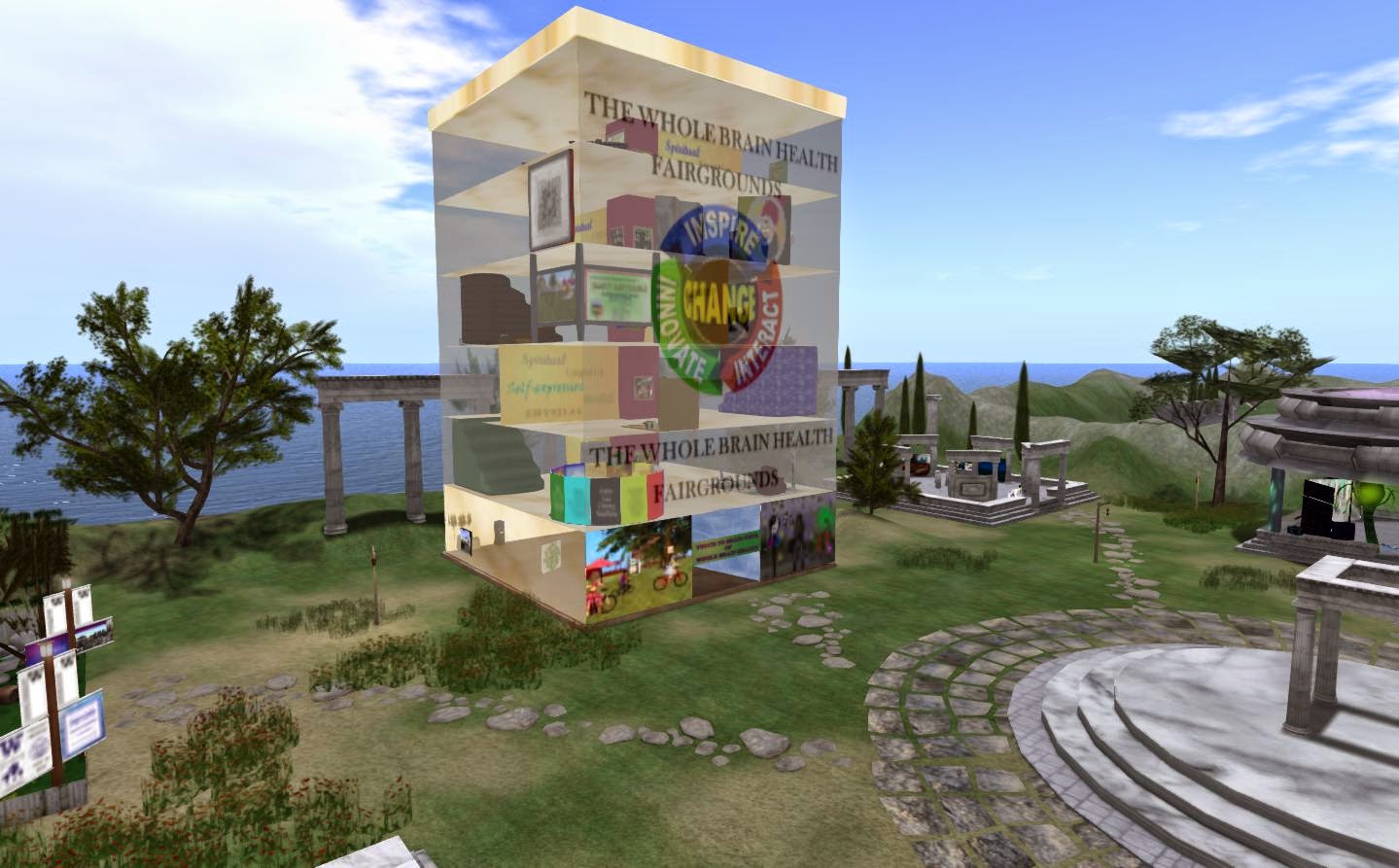 I came across a few exhibits, such as this one. 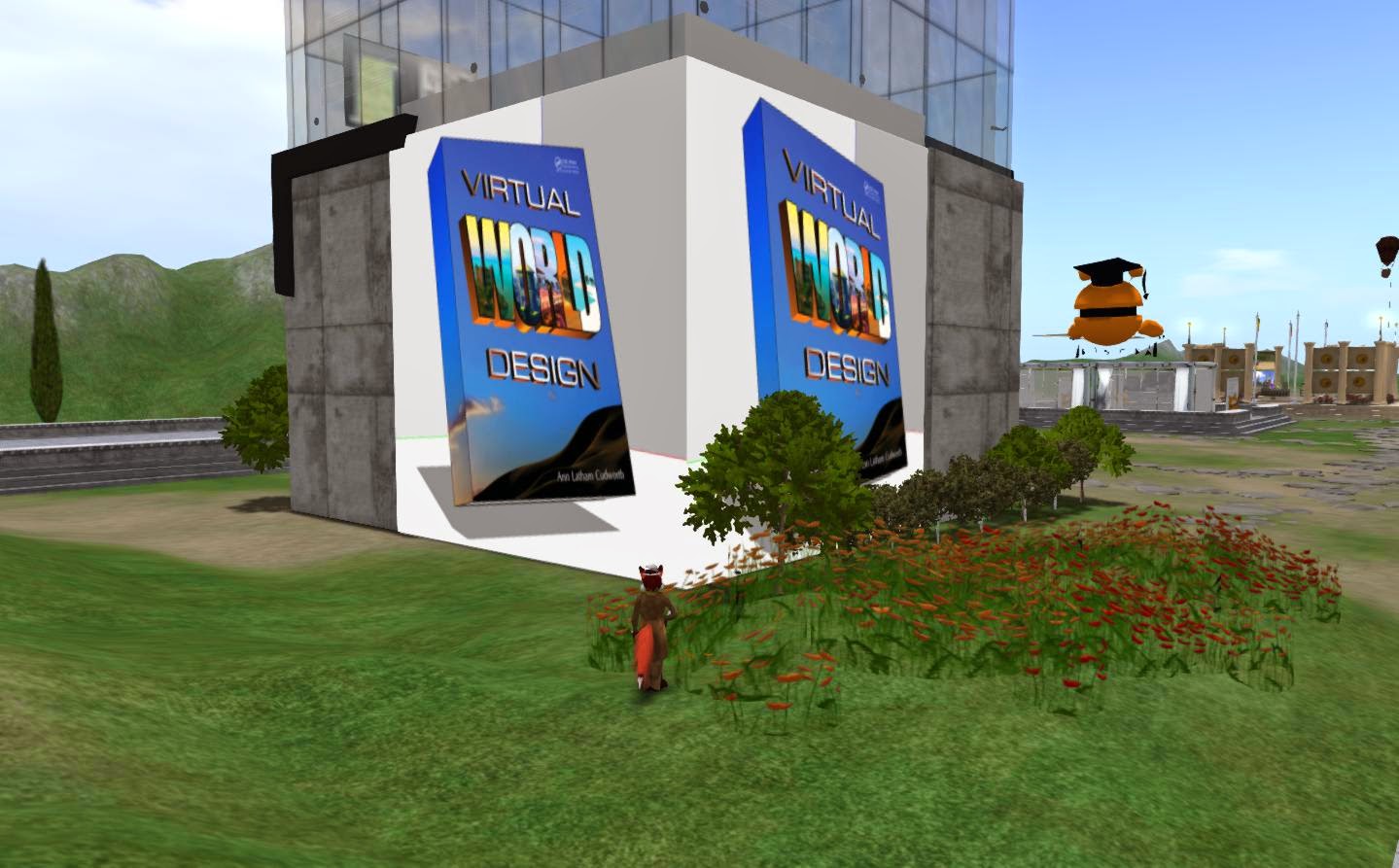 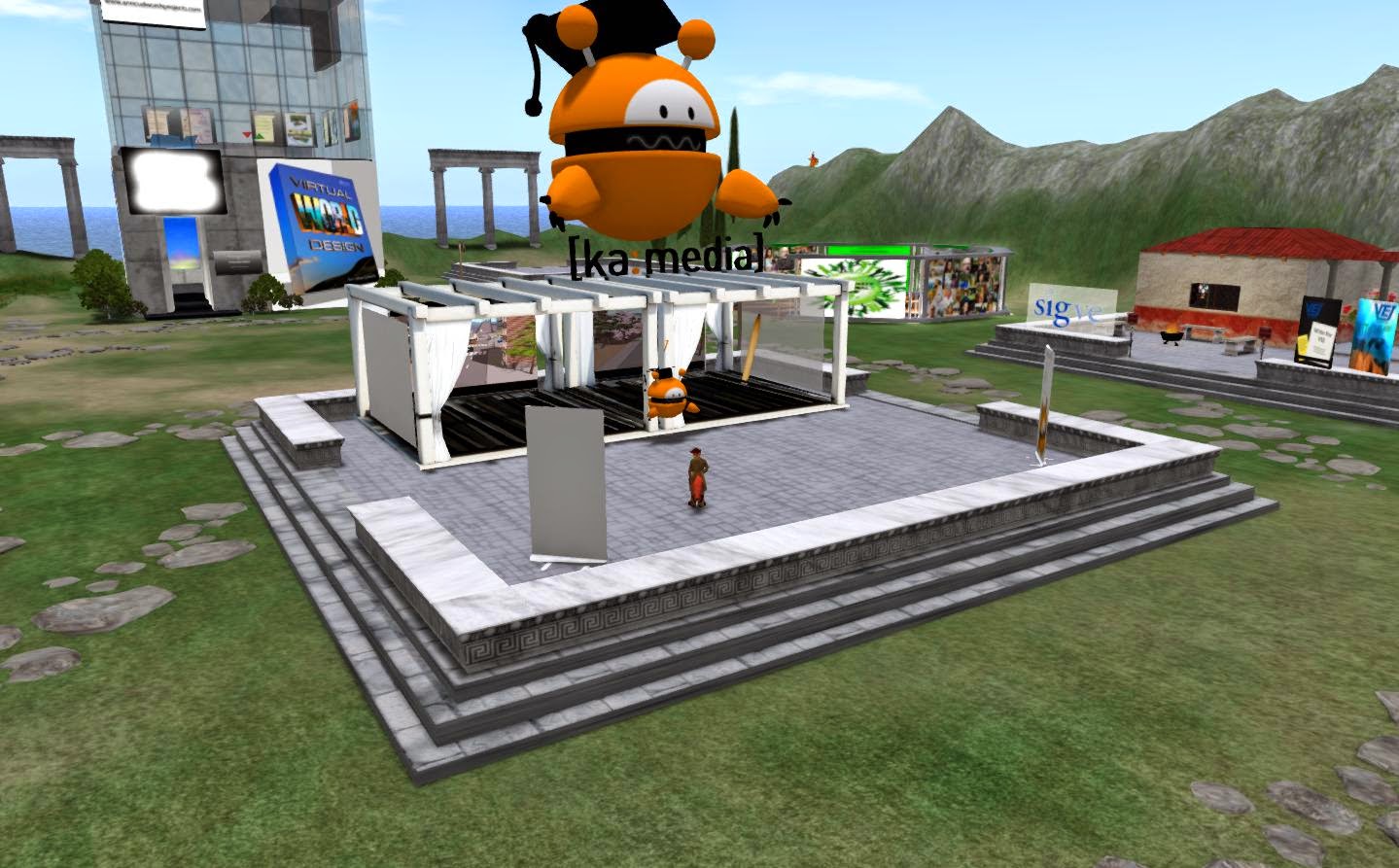 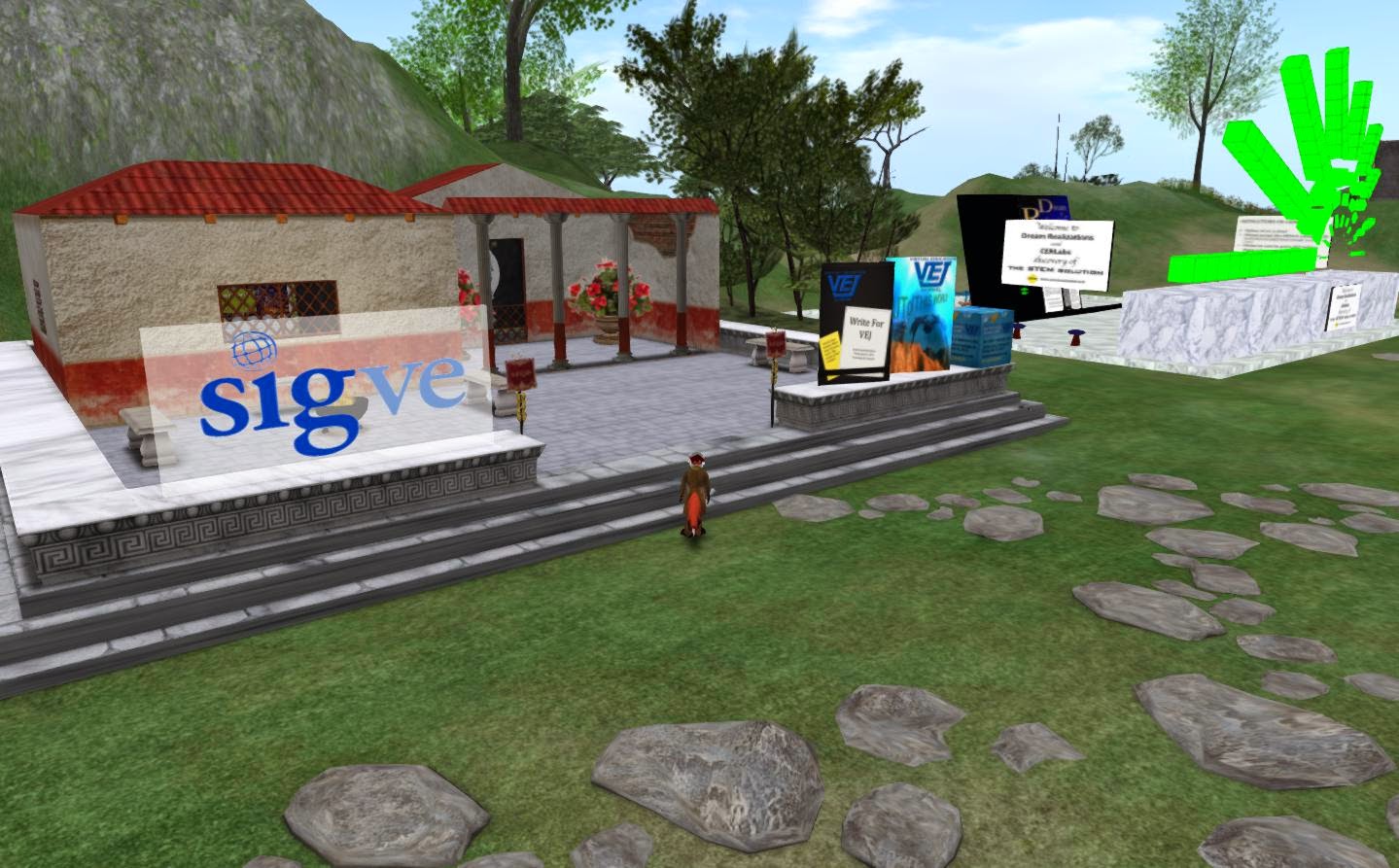 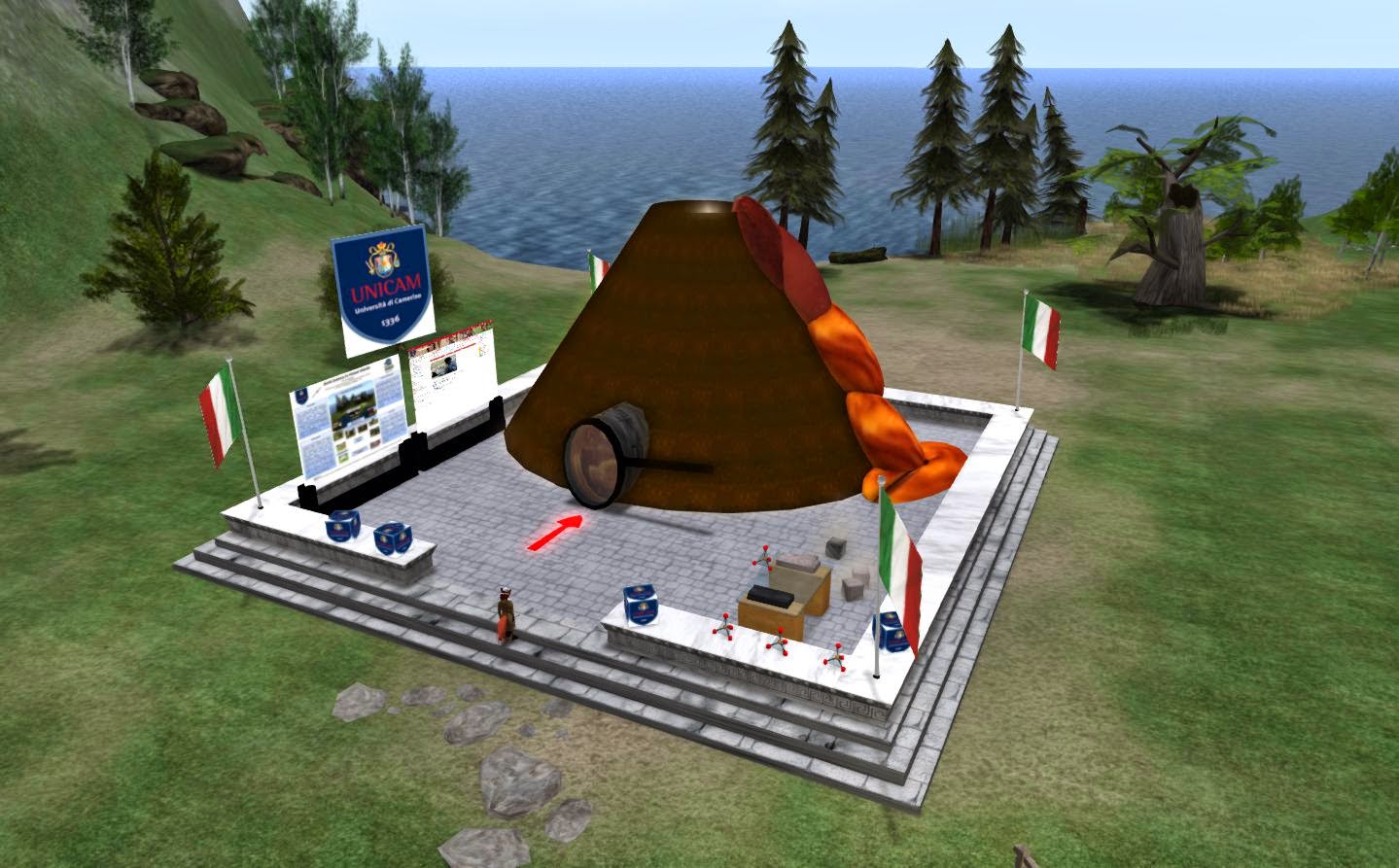 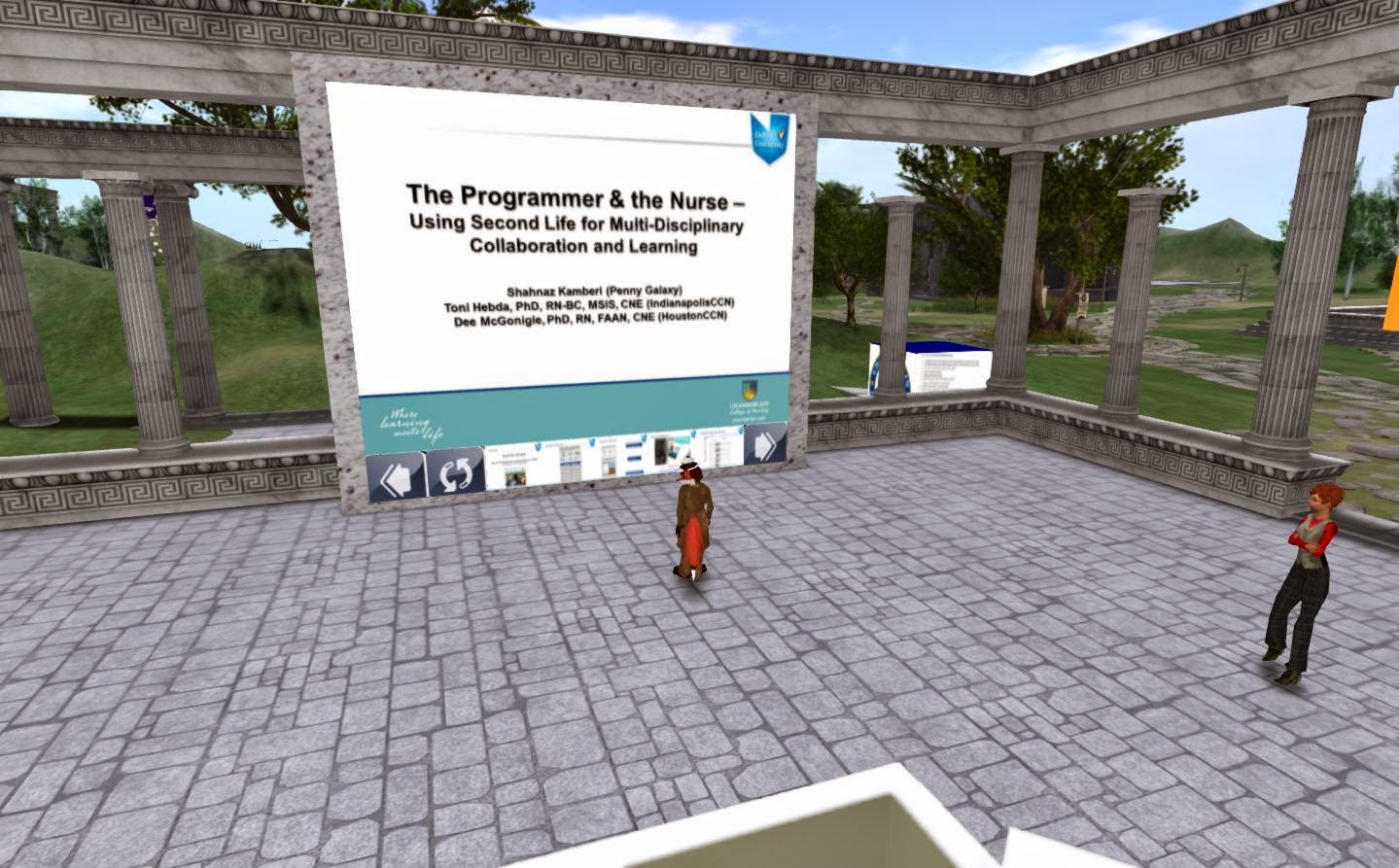 I came across a discussion mixed with a tour of some exhibits, "The Programer and the Nurse." 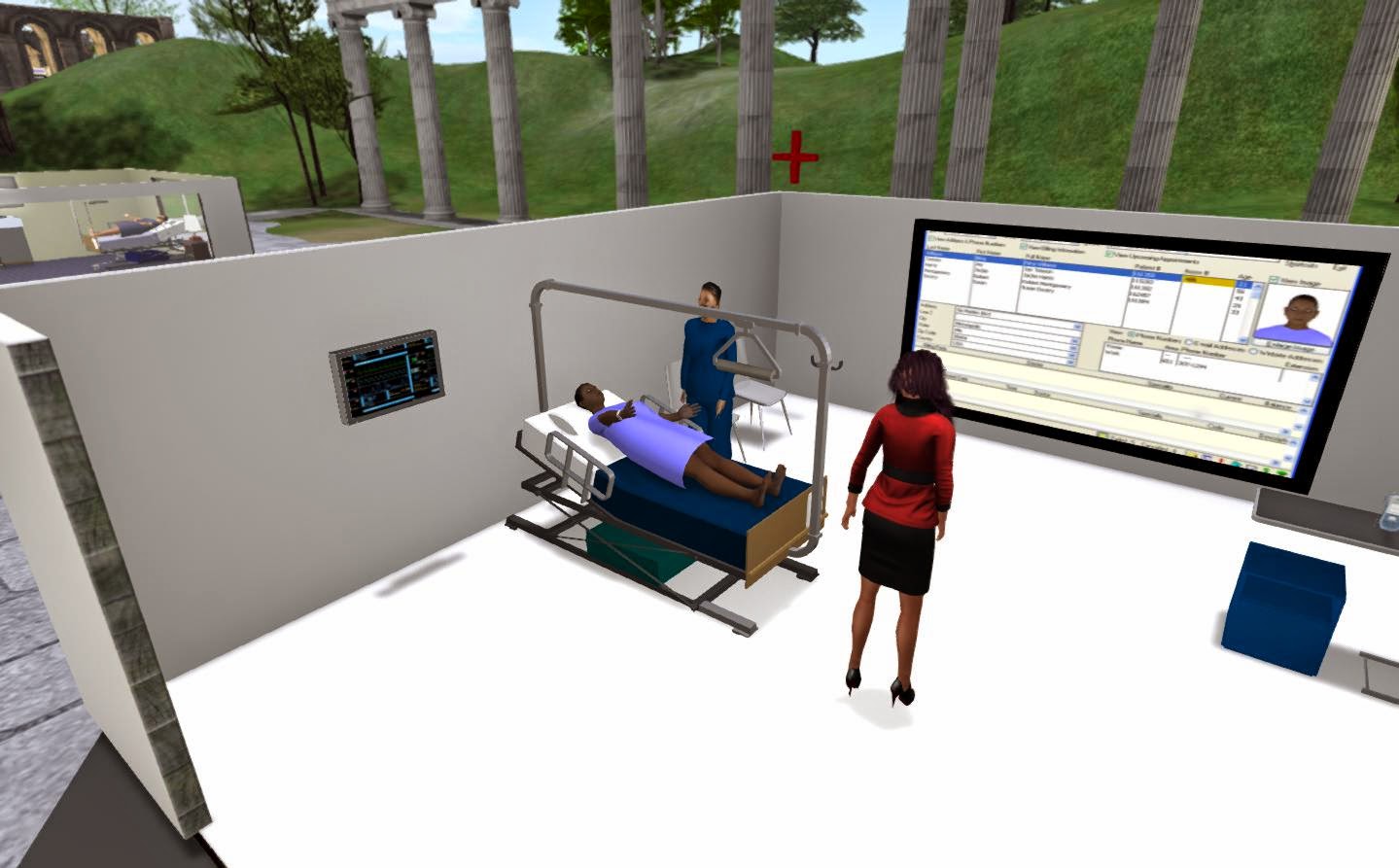 There were several simulated paitents set up, for visitors to practice on. 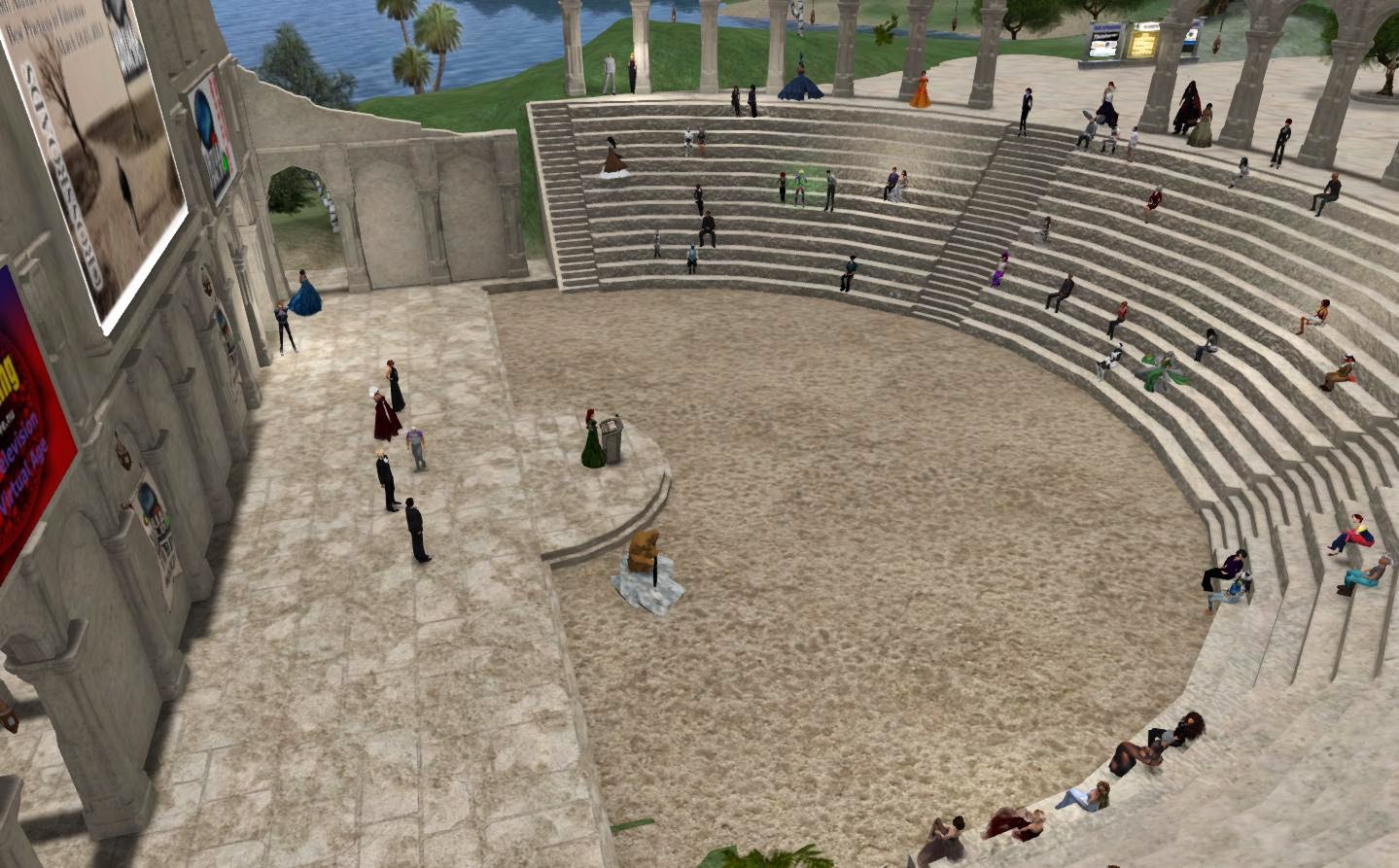 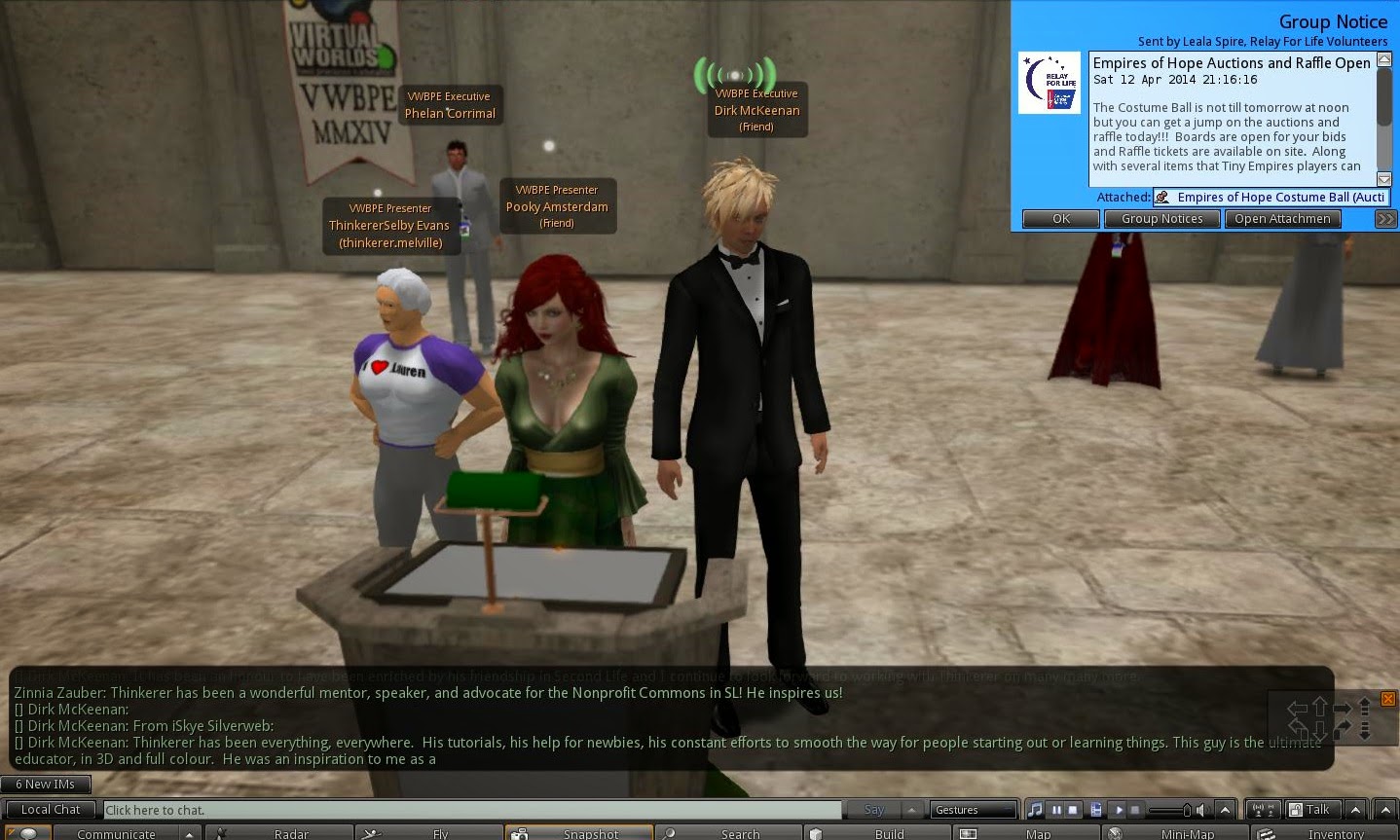 Among those speaking were Pooky Amsterdam, and Dirk McKenan. Pooky delivered the closing line, "Goodnight Mr Rosedale, whereever you are." 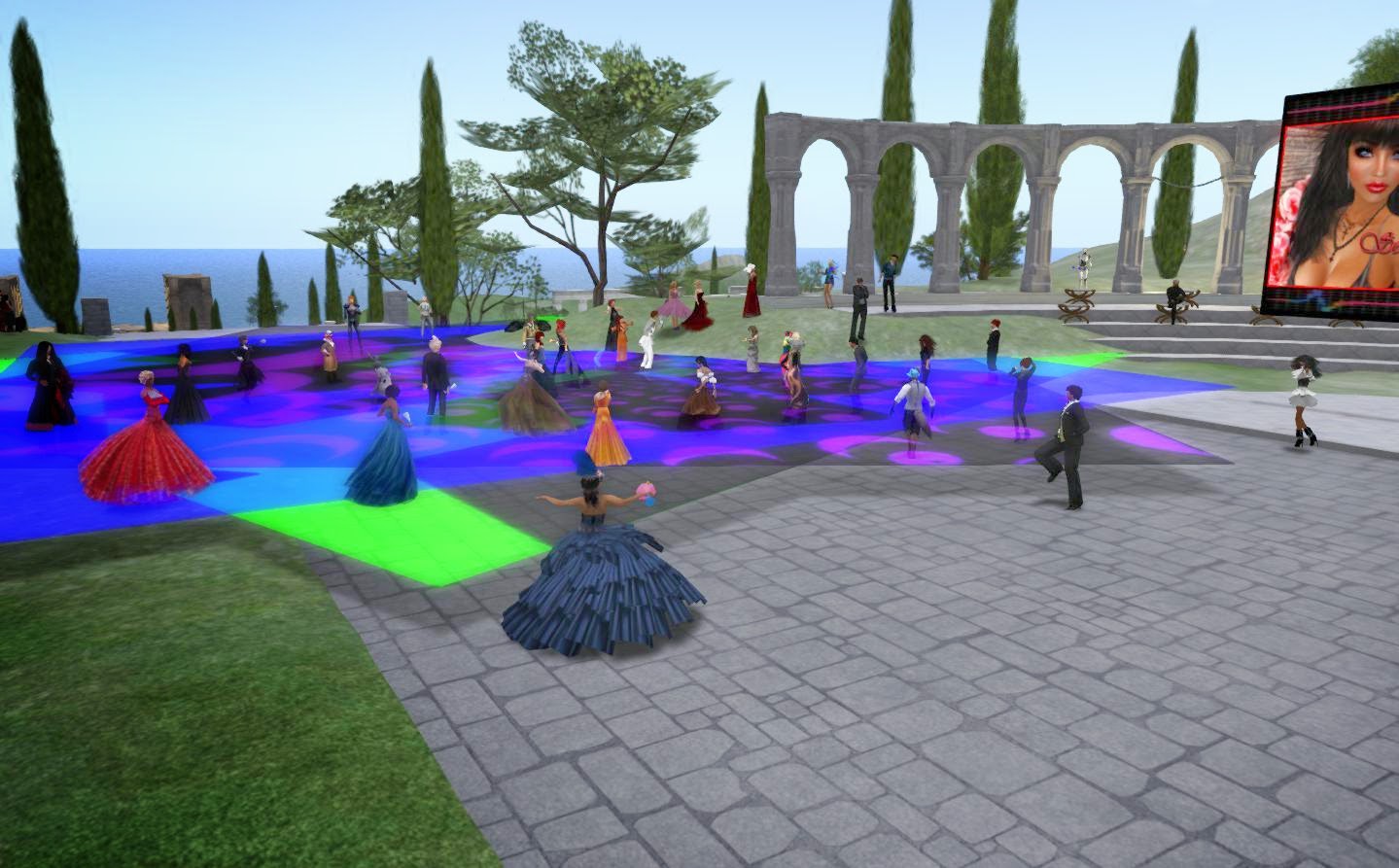 Following the last speaking event was the Closing Party, with Selene Jashan playing the music. 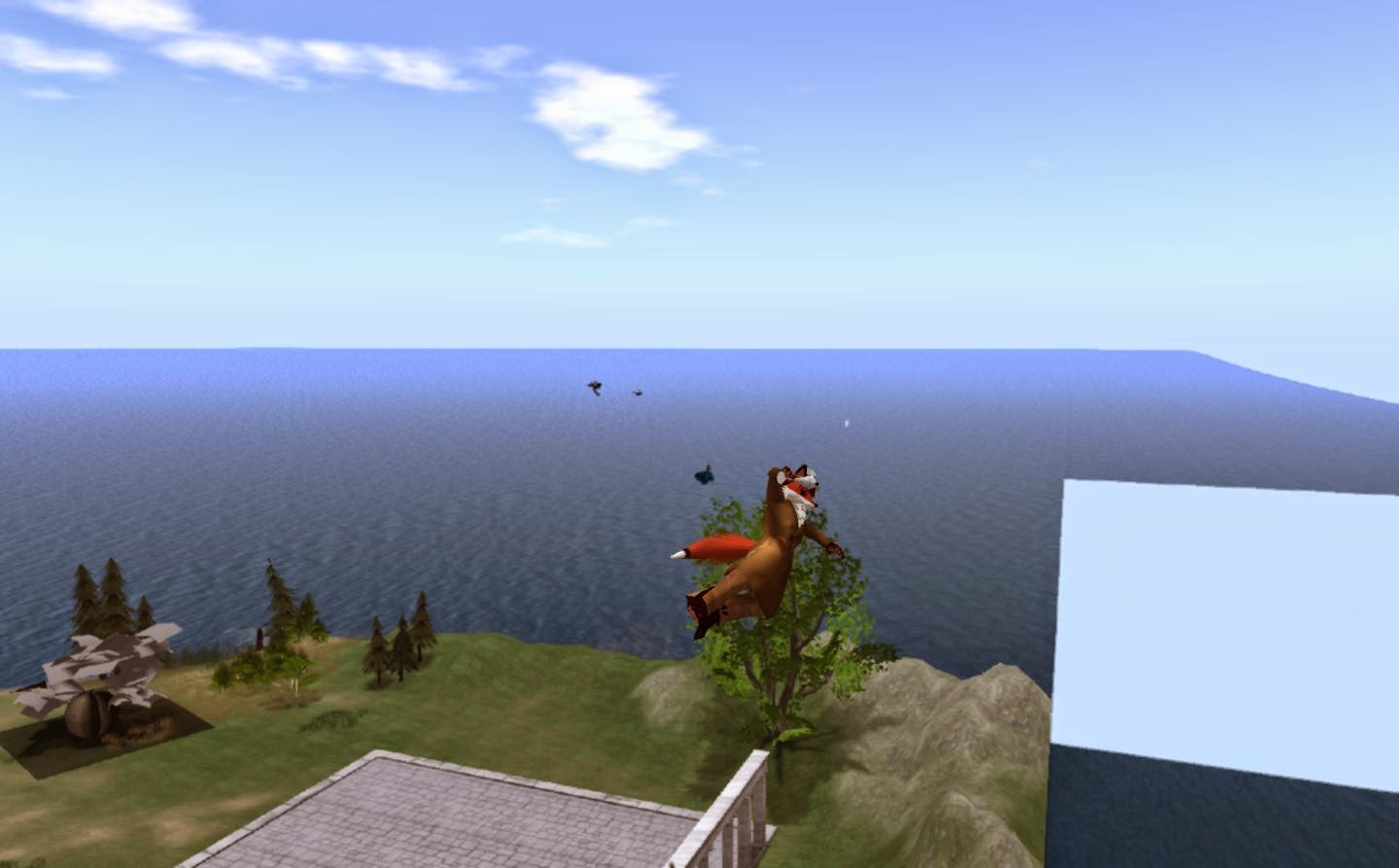 At one point however, about half us were flying up in the air and away, one girl screaming, "Hellllpppp!!! I am being attacked psychedelicness!" 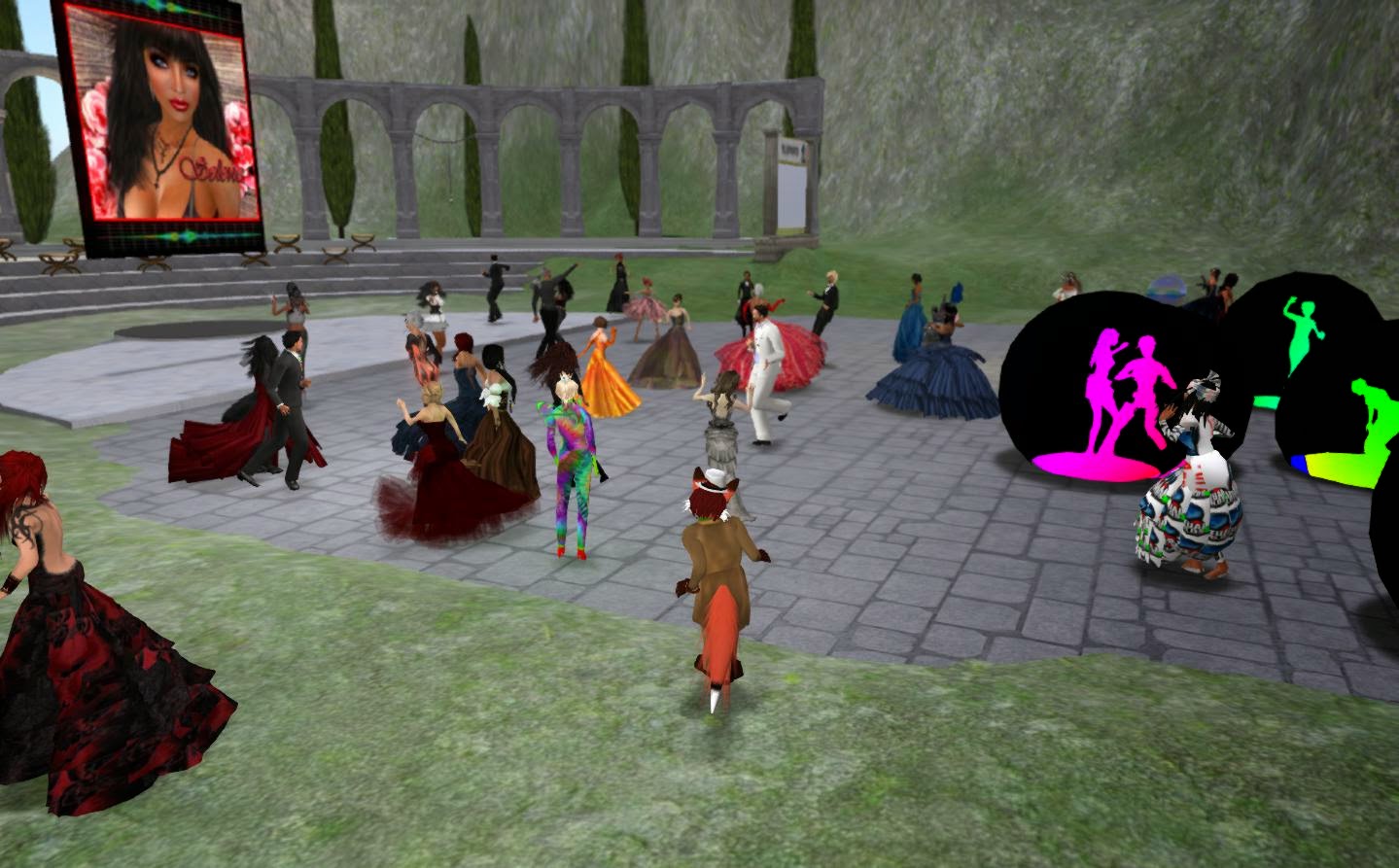 But we made our way back and the party resumed. This time with Greenlantern Excelsior around. 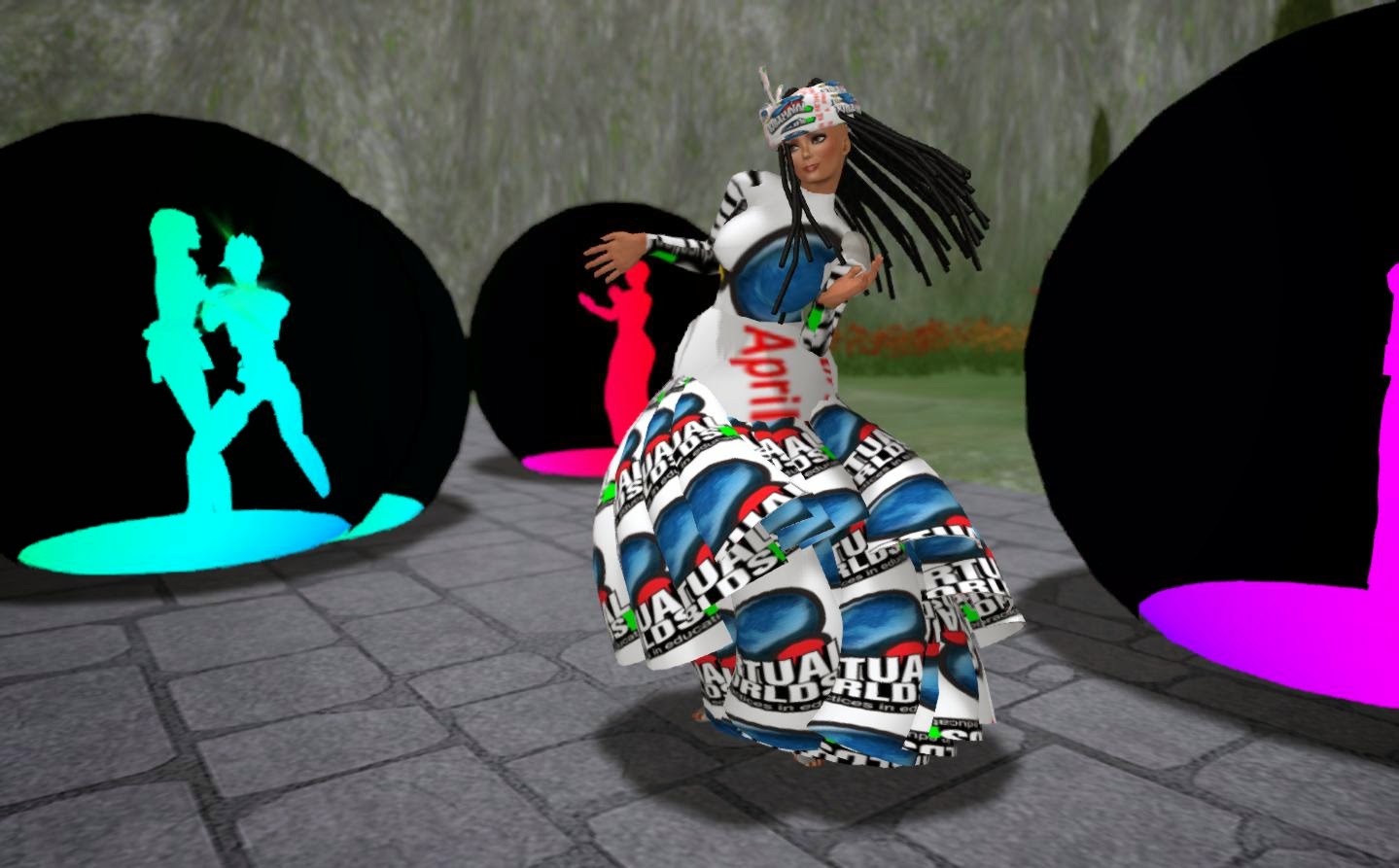 It was a fun end for the Virtual World Best Practices in Education conference after all.

Some pictures from Gemma Cleanslate