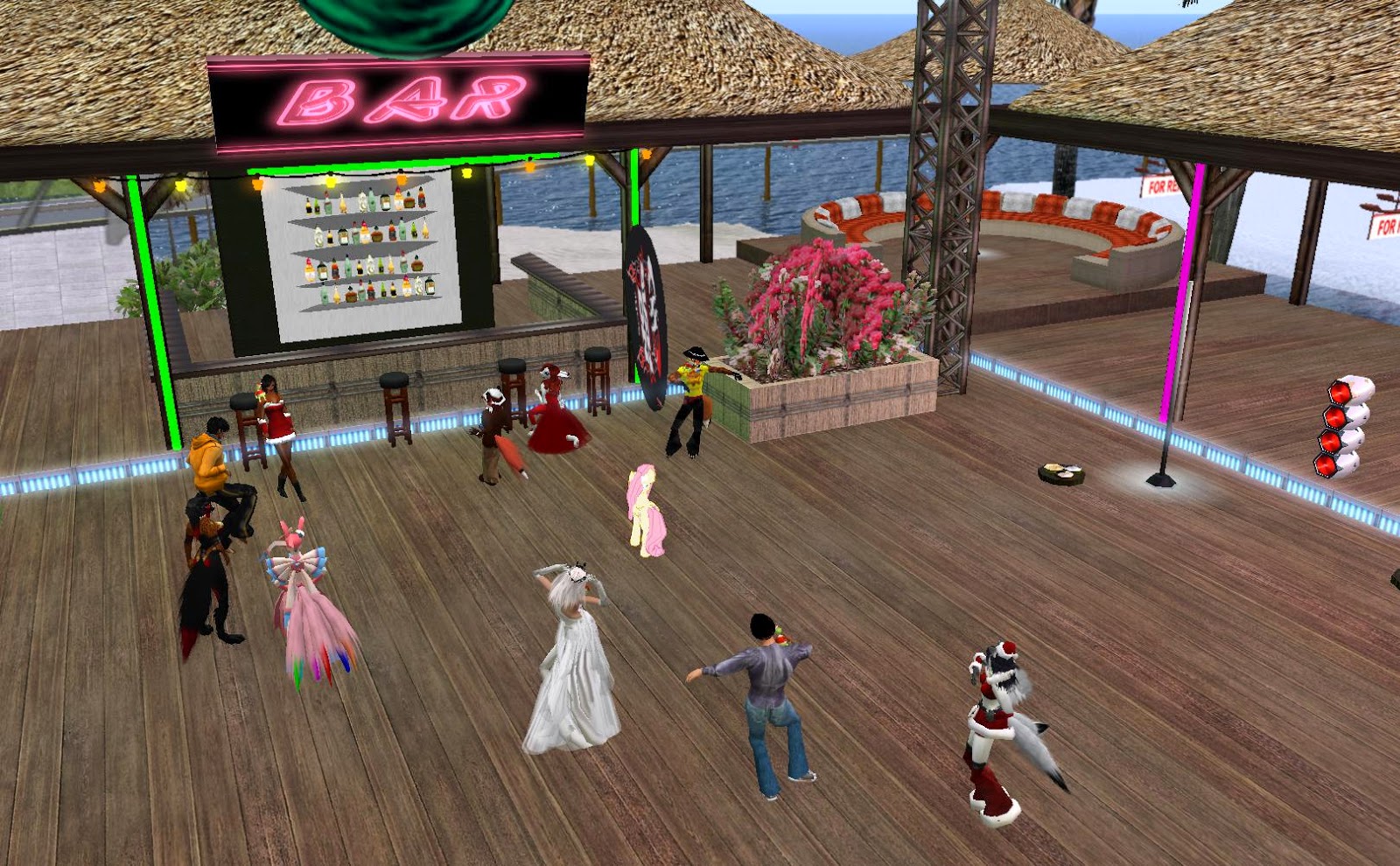 On Saturday December 20, a number of the crew of Second Life Newser and their friends met up at the Happy Vixen Beach club at the Sunny Beach sim. Grease Coakes was the DJ for the event that began at 12 Noon SL time. 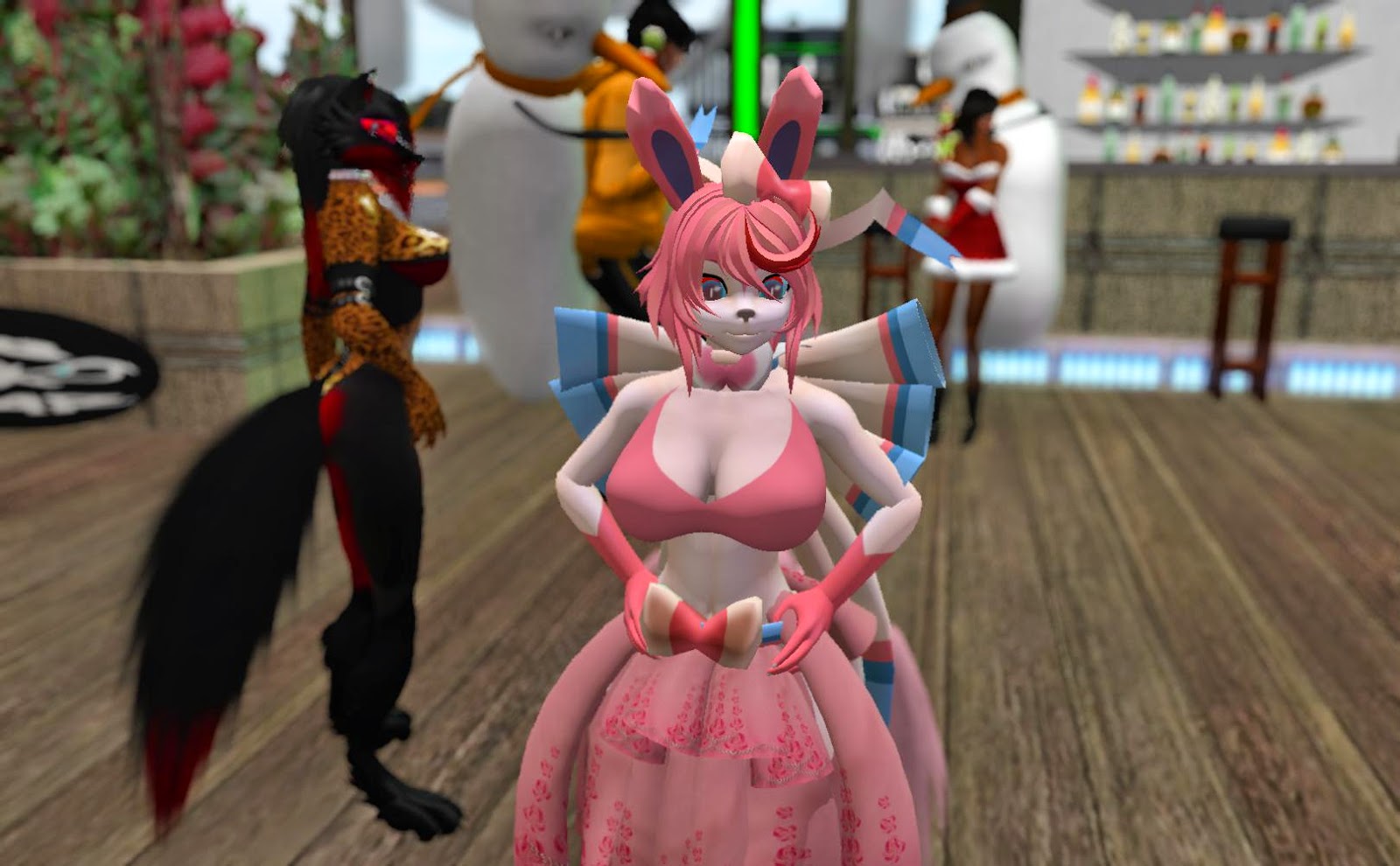 Among those there was Alynna Vixen (Alynna Trypnotk), the owner of Club Fur and the recent owner of all of the Sunny Beach sim. Here the normally vulpine Alynna sports a pink kemono avatar. Behind her is her partner Spike. 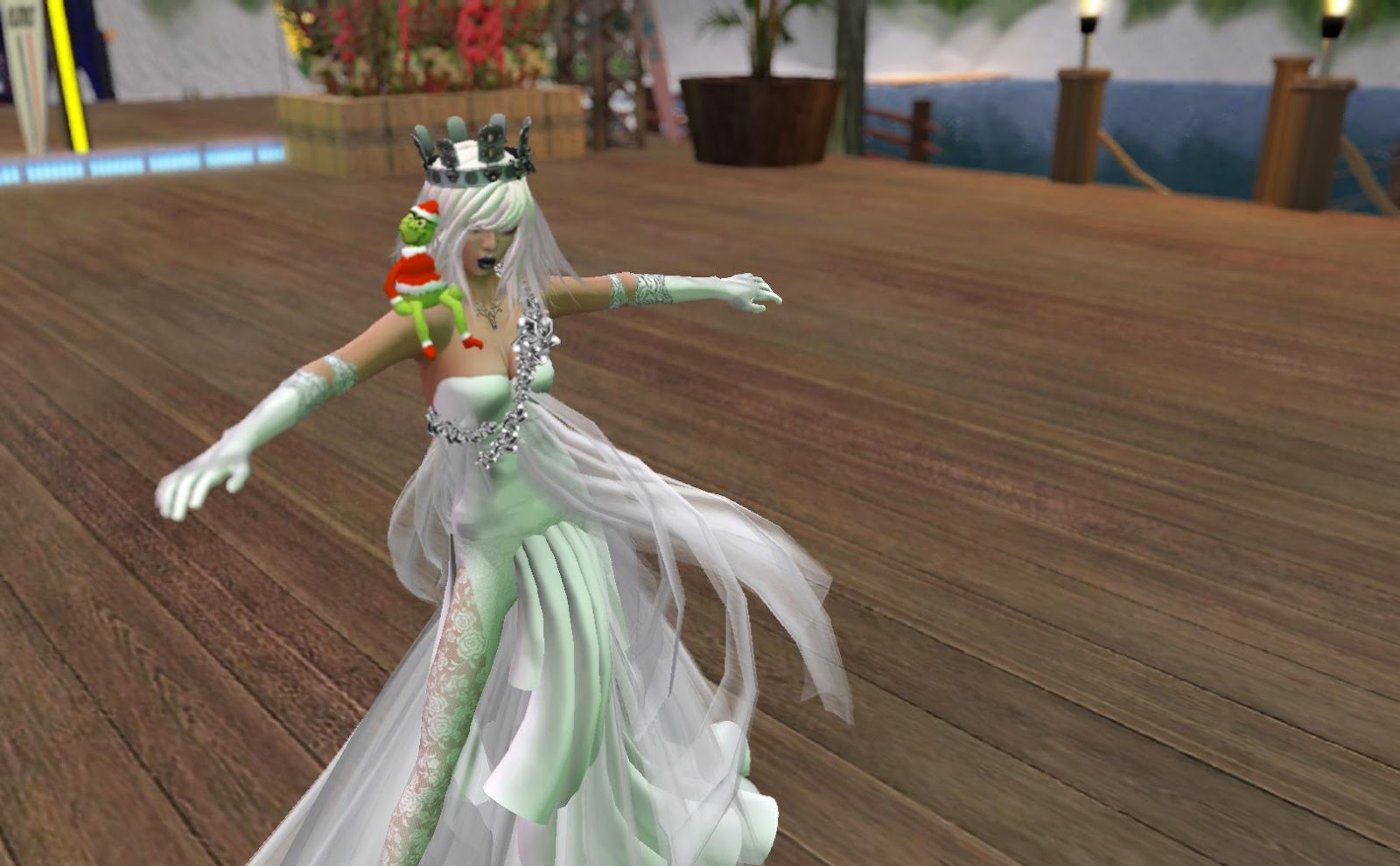 DrFran Babcock showed up still in a winter gown from an earlier event. 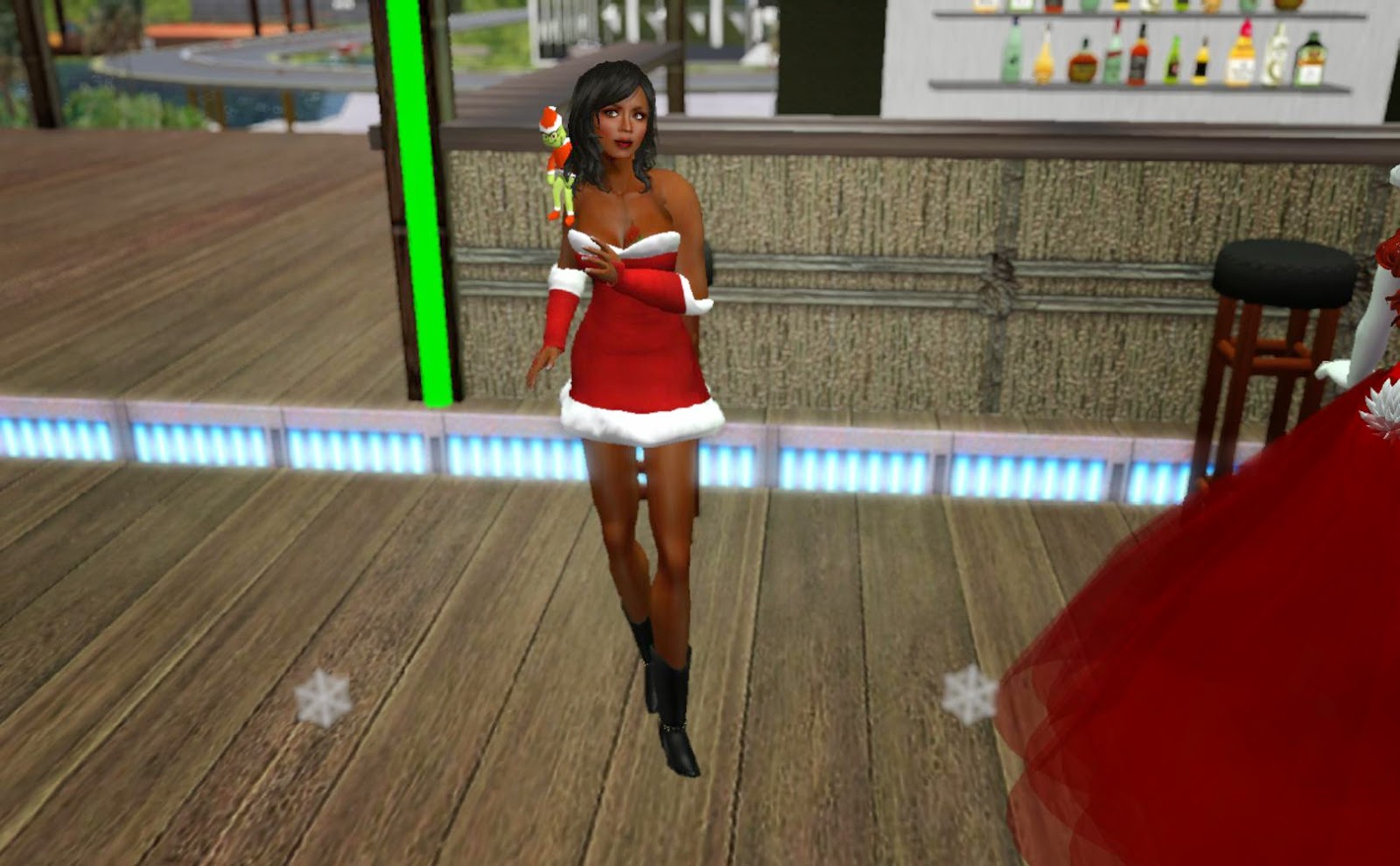 GoSpeed Racer, whom had performed as a DJ for Bay City's party some days earlier, was also there. 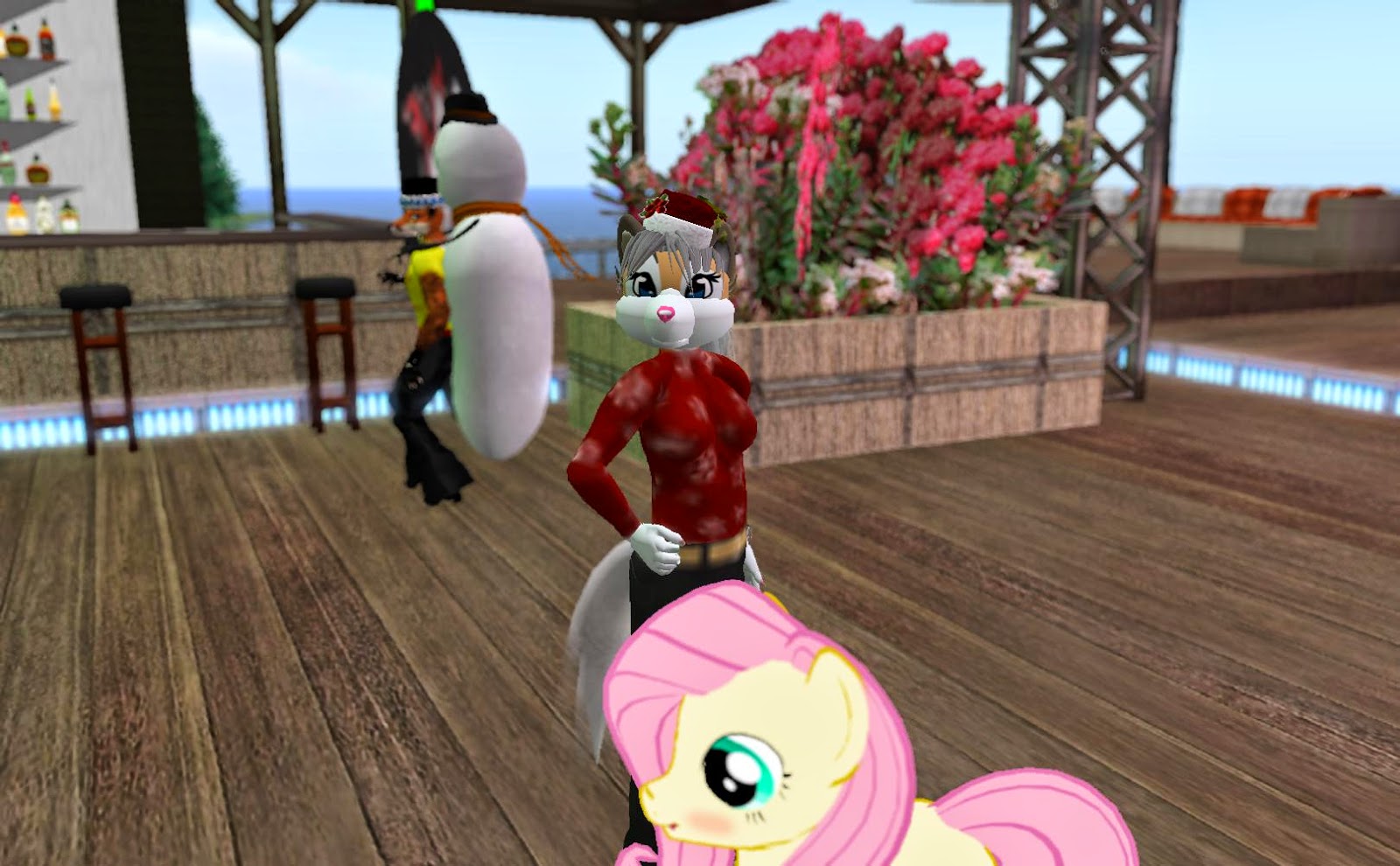 Grey Lupindo has been busy in real life lately, but she took the time to show up for the party. Fyphfoko Yifu trotted out in front of the camera as the picture was being taken. 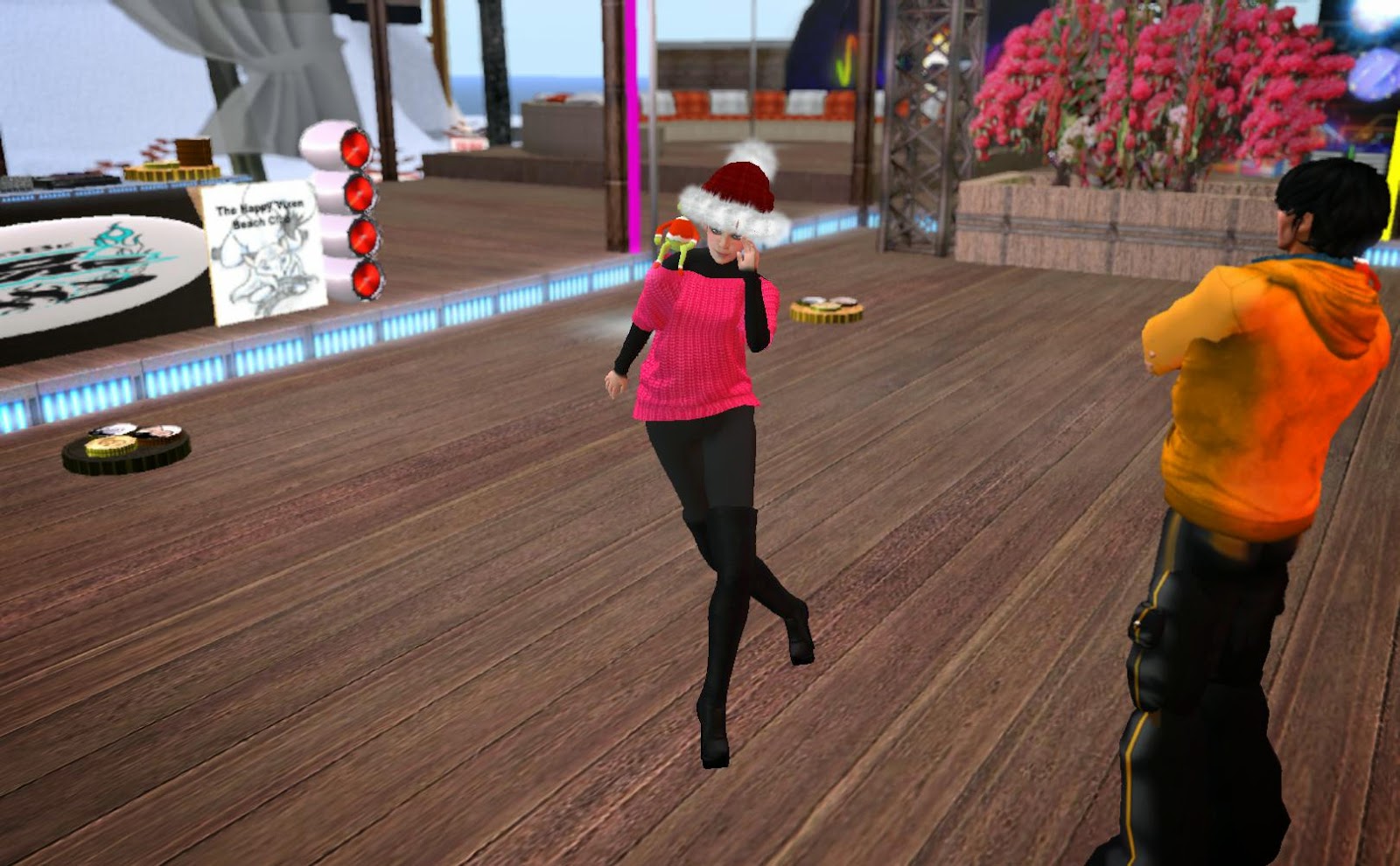 Gemma Cleanslate was there too, still wearing the hat from her volunteering for the Christmas Expo. 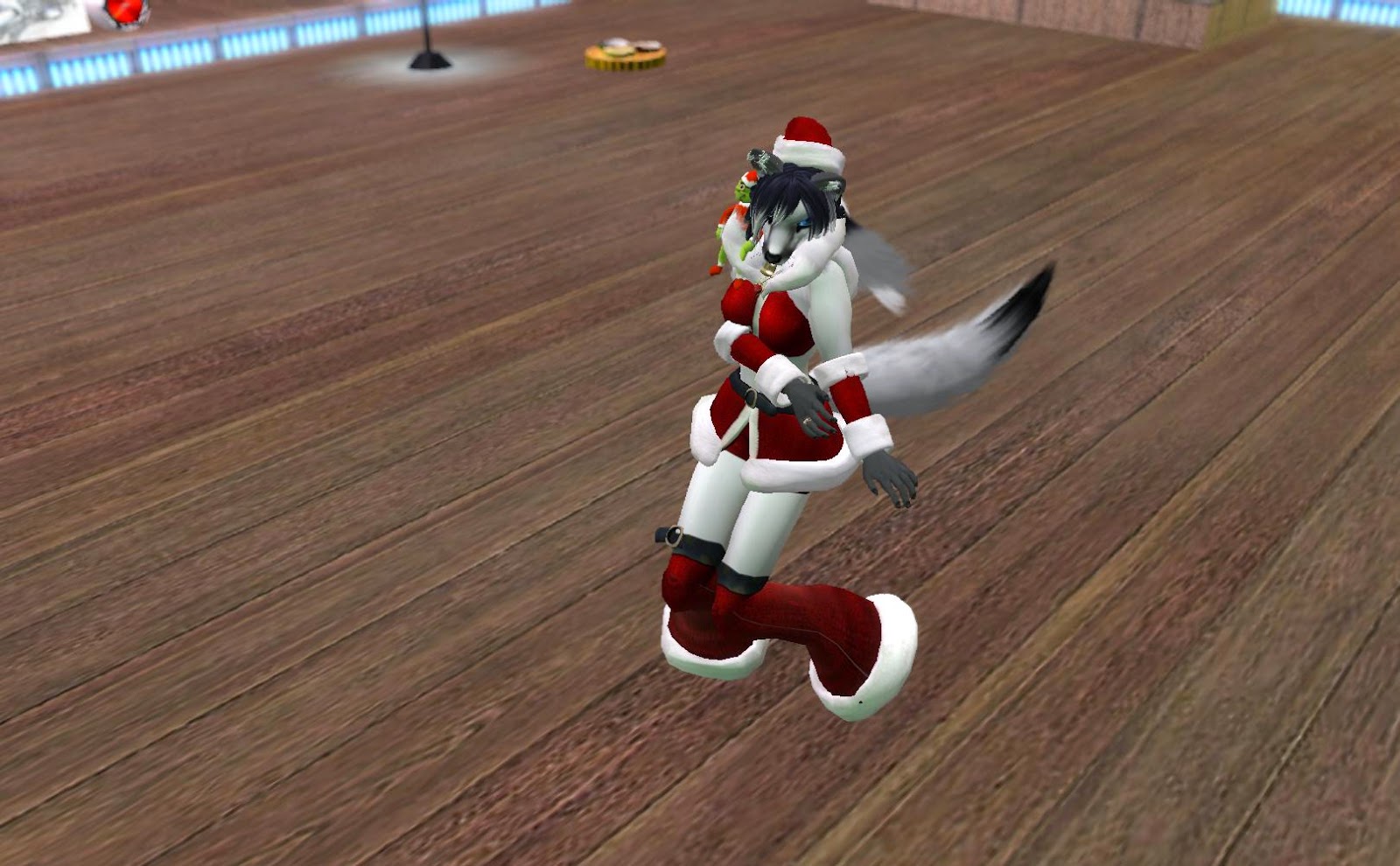 Nydia Tungsten, the manager of the Happy Vixen, dances away in her Christmas outfit. 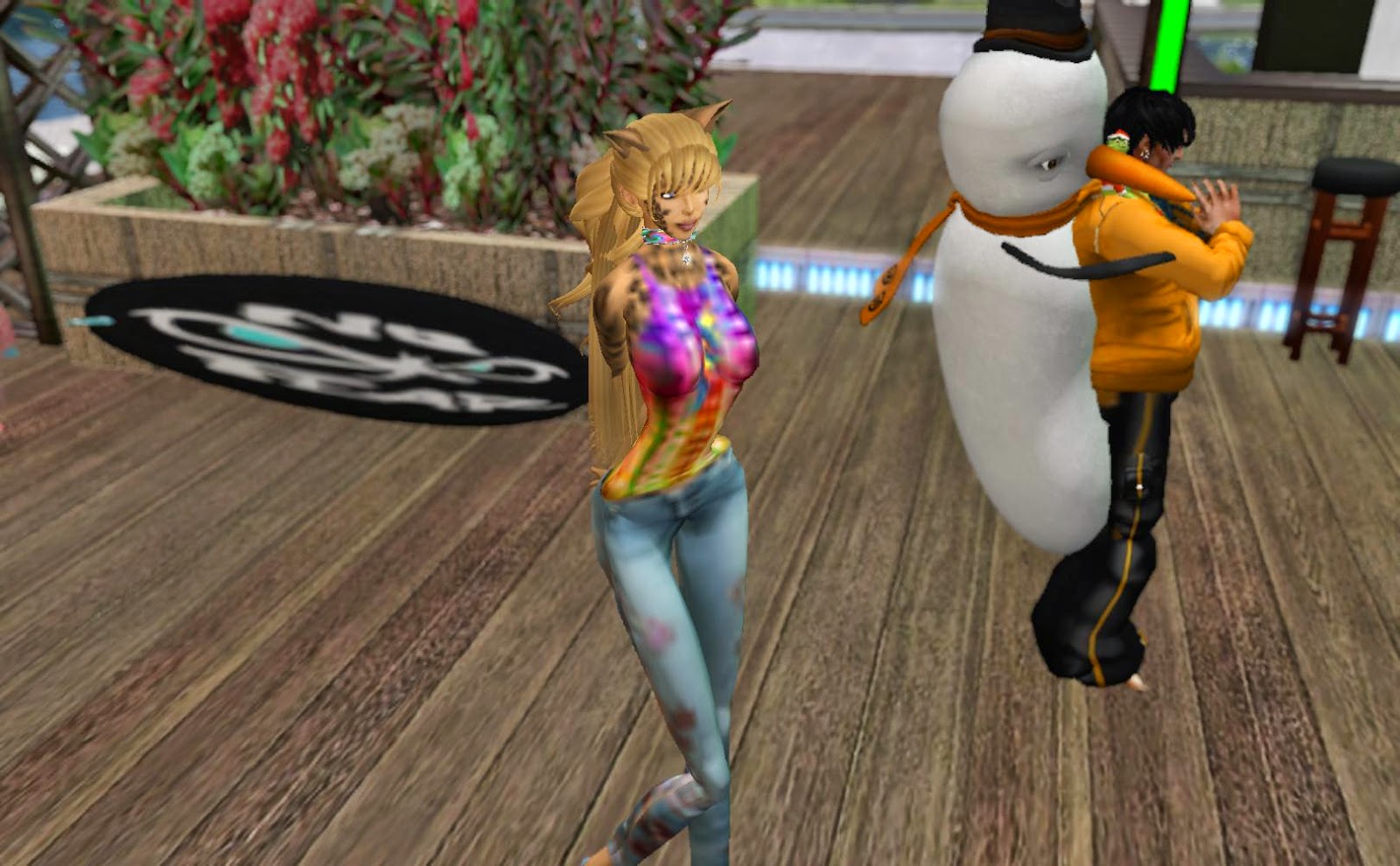 Any1 Gynoid, whom recently started writing again after a long break. 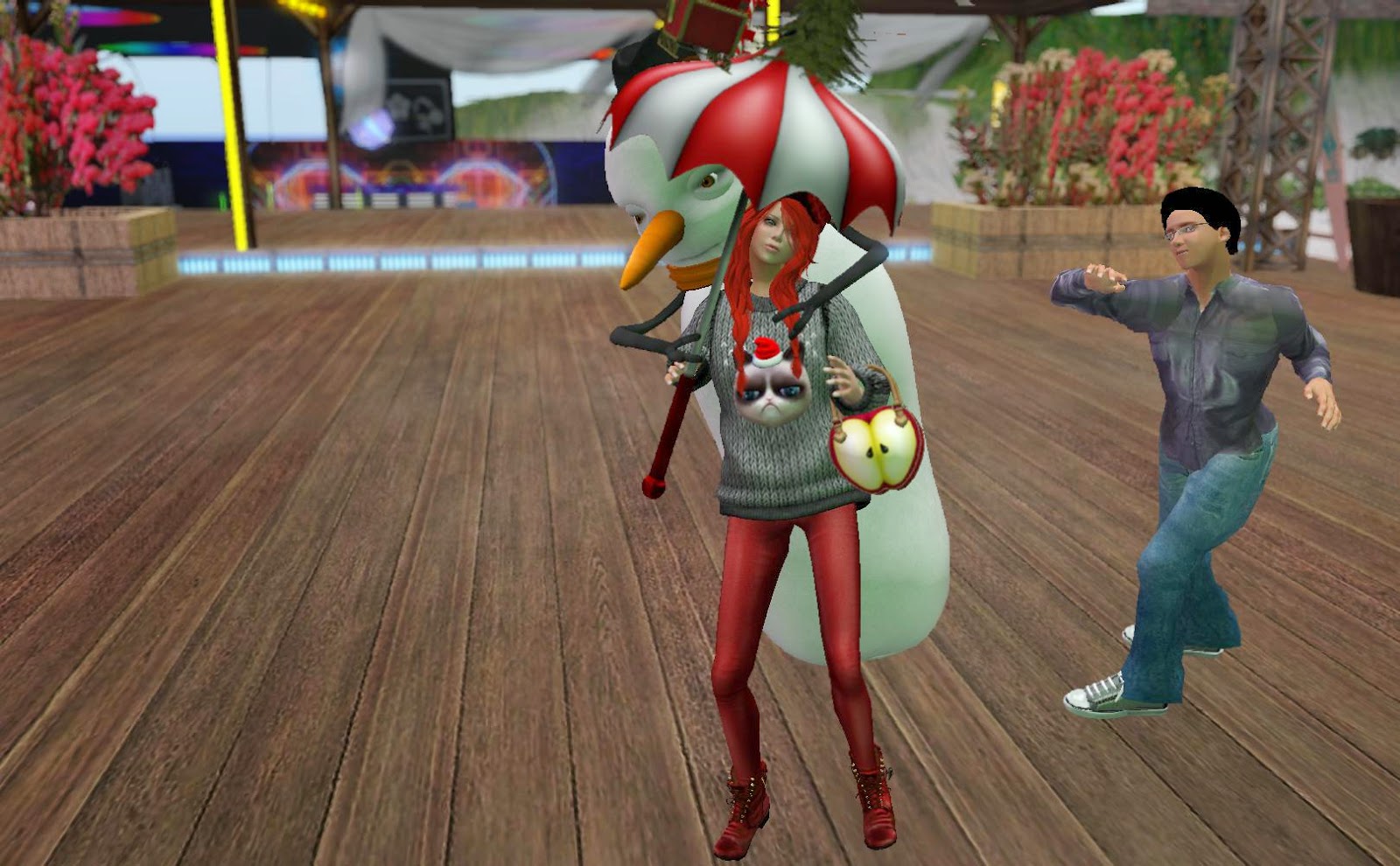 DrFran later switched to another outfit, with a few accessories in hand. Wesley Regenbogen dances away to her left. 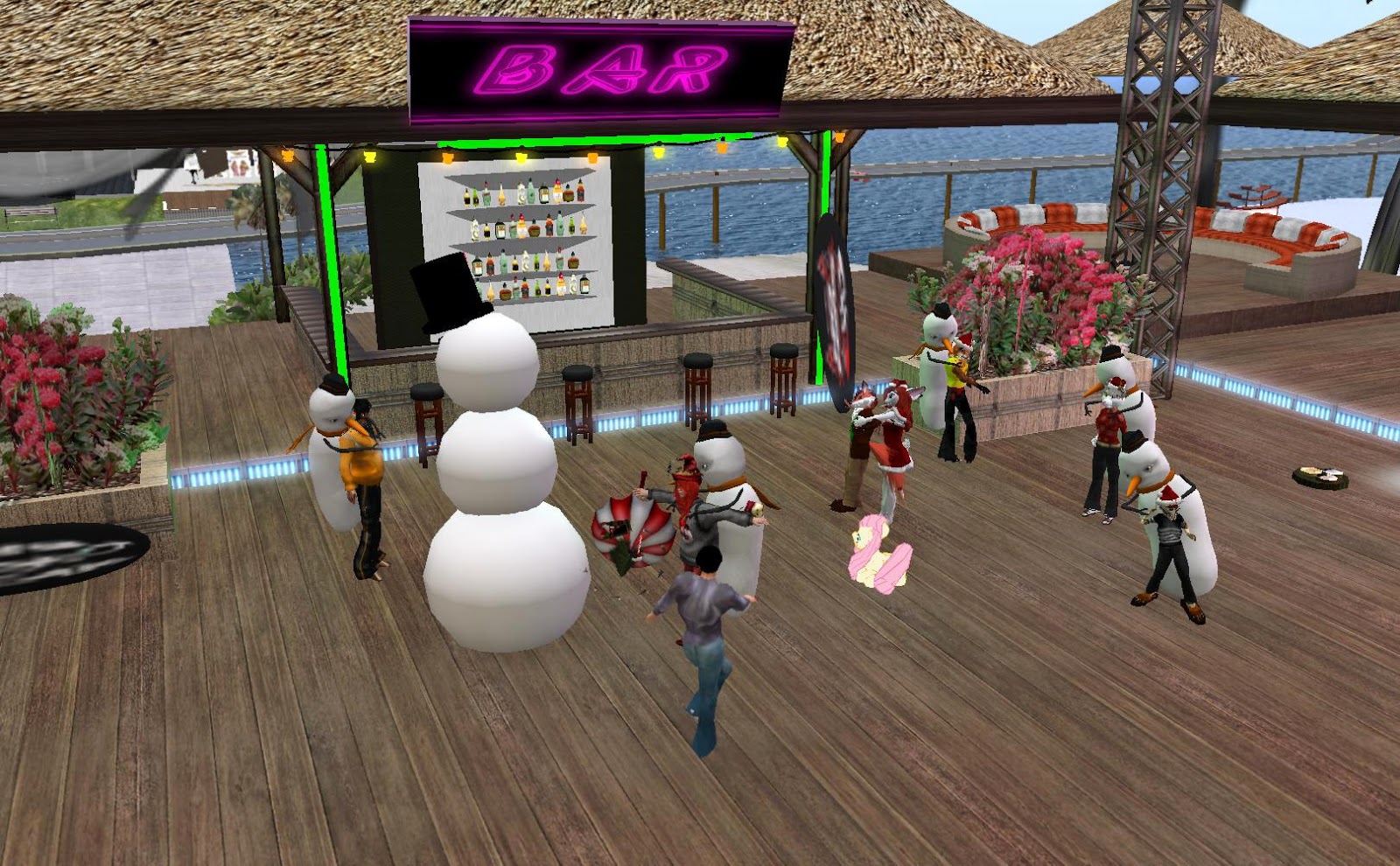 There were a few stunts pulled at the party, such as the "evil snowman" that was passed around, occasionally getting it's wearers to panic and run around in circles all at once. Gemma also had a larger, more harmless looking snowman.

There was one sad detail. This would be the last event held at the Happy Vixen, at least at this location. The club and surfing spot was taken down shortly afterwards to make room for new construction. But everyone had a good time at the party, with some wondering when might be the next time the news crew could throw a bash.