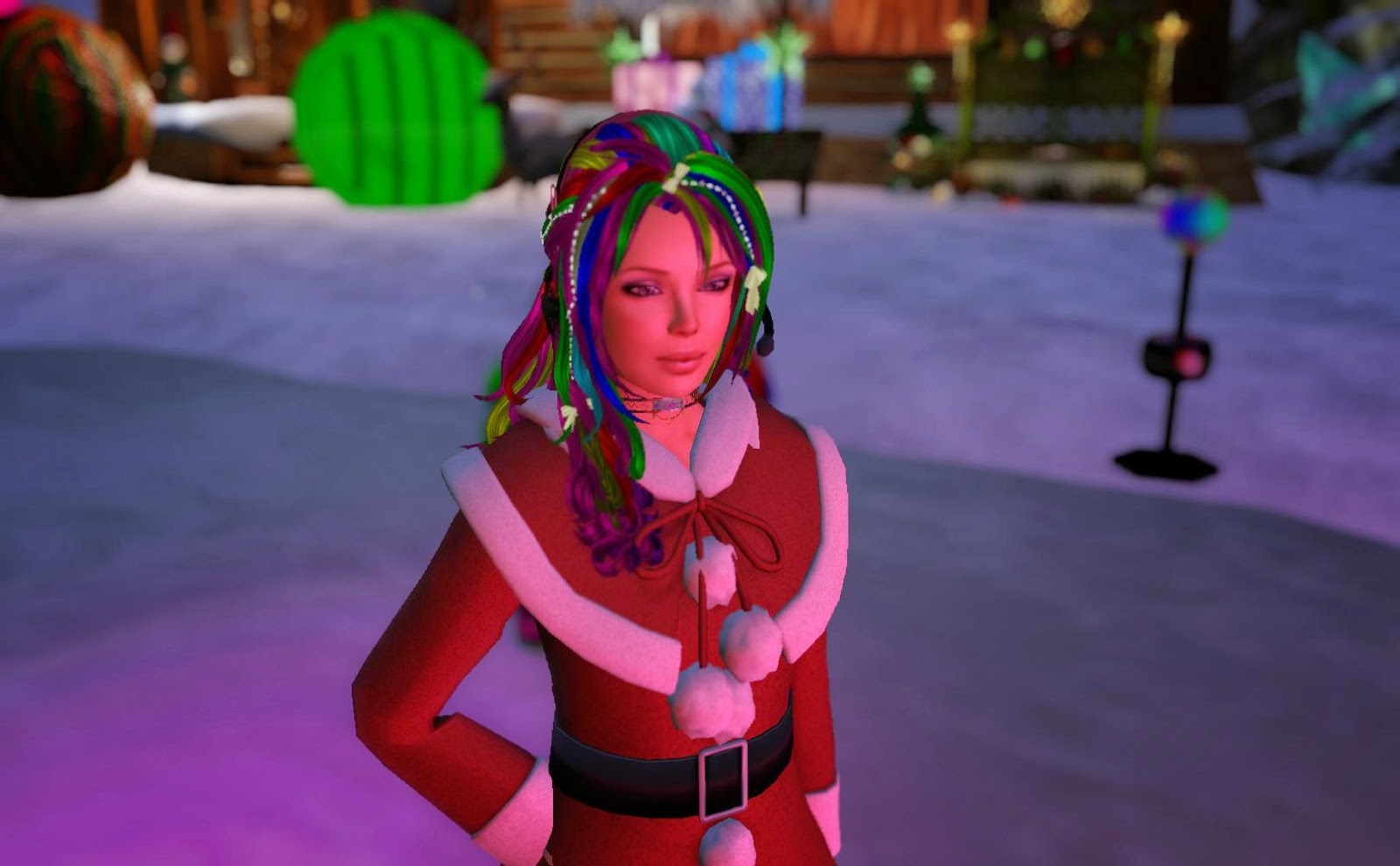 Longtime fans of the Giant Snail Races may remember Devon Dream as having once been the location for the wacky obstacle course for those huge avatars as they slimed their way to the finish line. Today, the races have moved on, but the sim, owned by Safra Nitely, is still here. This month, she gave it a Christmas winter look and invited me over to take a look.

In the biggest area of builds, next to a frozen lake was Santa's Workshop. There were a couple reindeer resting outside, next to a cart with a few presents. Inside, were animated figures of Santa and his elves, moving around a bit. The elves were working away on more presents and decorations while Santa  himself was checking over a list. 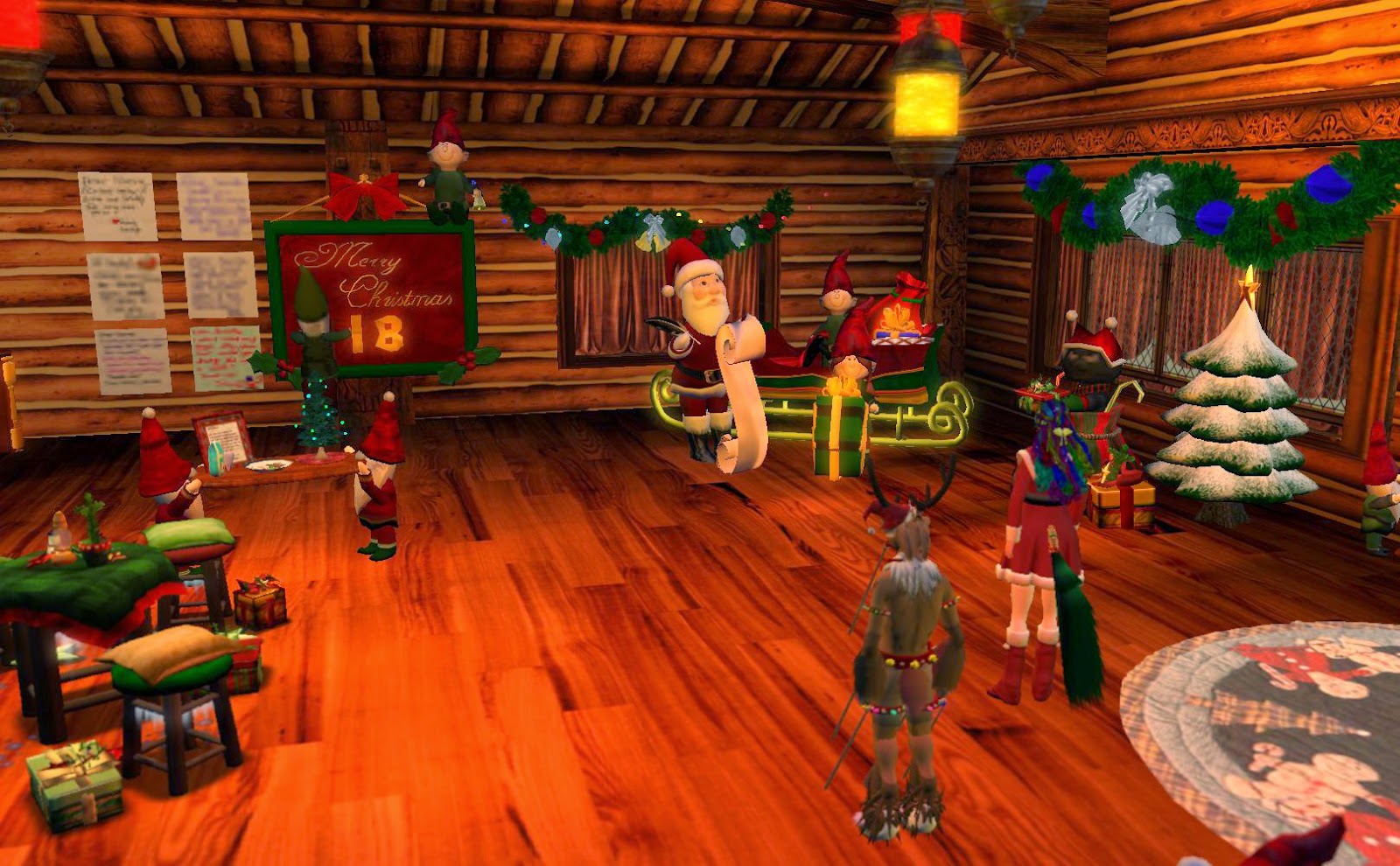 Elsewhere were more decorations. Not far from Santa's place was a manger, with Mary and Joseph with the baby Jesus along with the Three Wise Men and the Angel. In the other direction was a tall Christmas tree, with a number of presents underneath and a sleigh. There was a wooden road leading away from the pond with lightposts with wreaths helping to light the way. The roads led to a few places, including a holiday themed bumper car ride. There were other builds around the sim, though I didn't get a close look at them all. 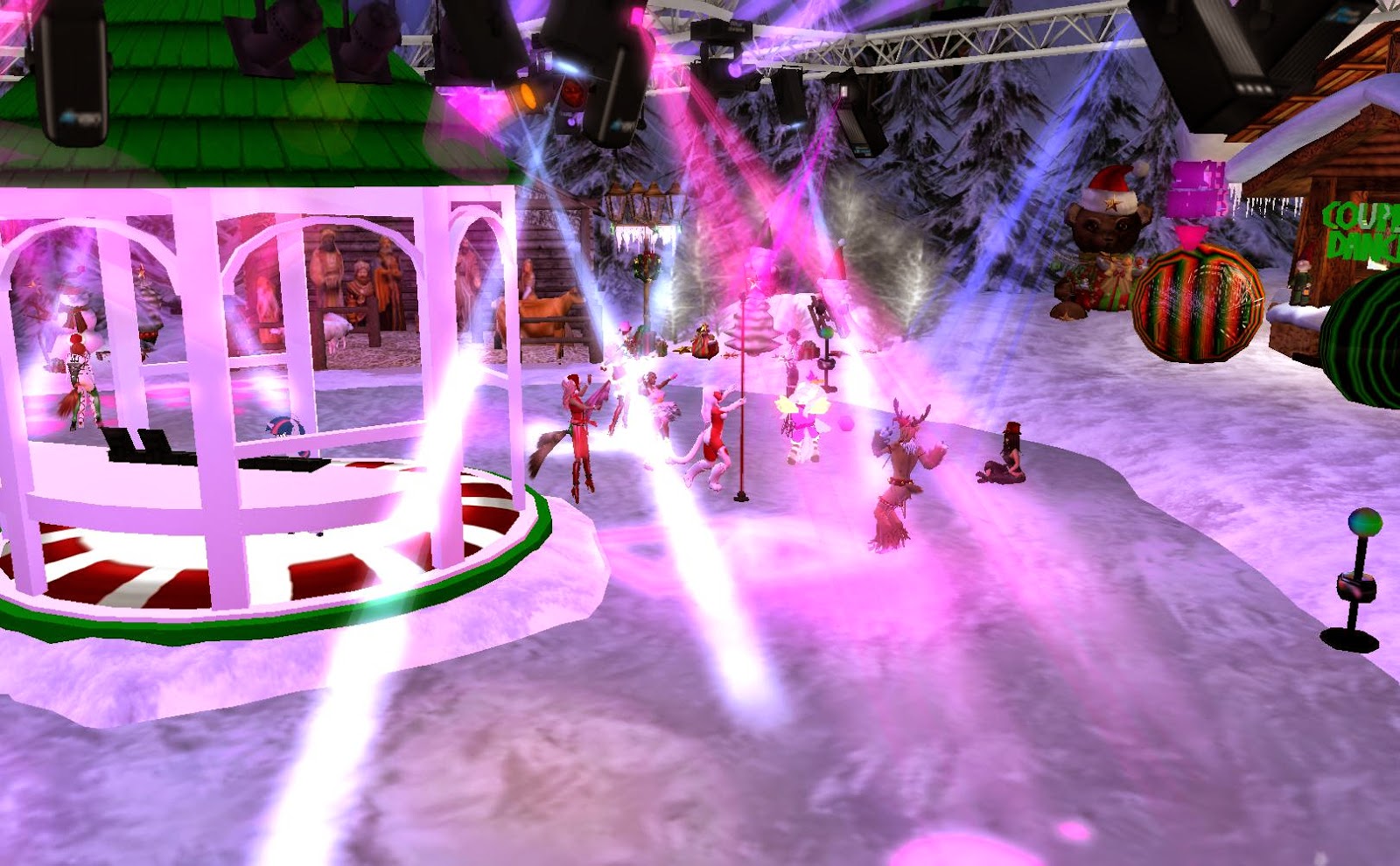 December 20 was when Safra held a special party at the sim. A number of her friends were invited over, including Saffia Widdershins of "Designing Worlds," and myself. A DJ set and lots of colorful lights were set up at the frozen pond, turning it into a dance area. Chatting with Safra, she told me, "Well the deal is, once a year I put on a huge concert to say thank you to my friends and family for all their support for the year as a big Christmas present. (It) costs a fortune, but worth it. ... it's the only way to say thank you properly in SL."

Safra's friends, a combination of human, neko, furry, and other avatars would dance away for a few hours. Eventually, the party would soon end. But the displays would remain. "This location will stay open for a month," Safra told me.