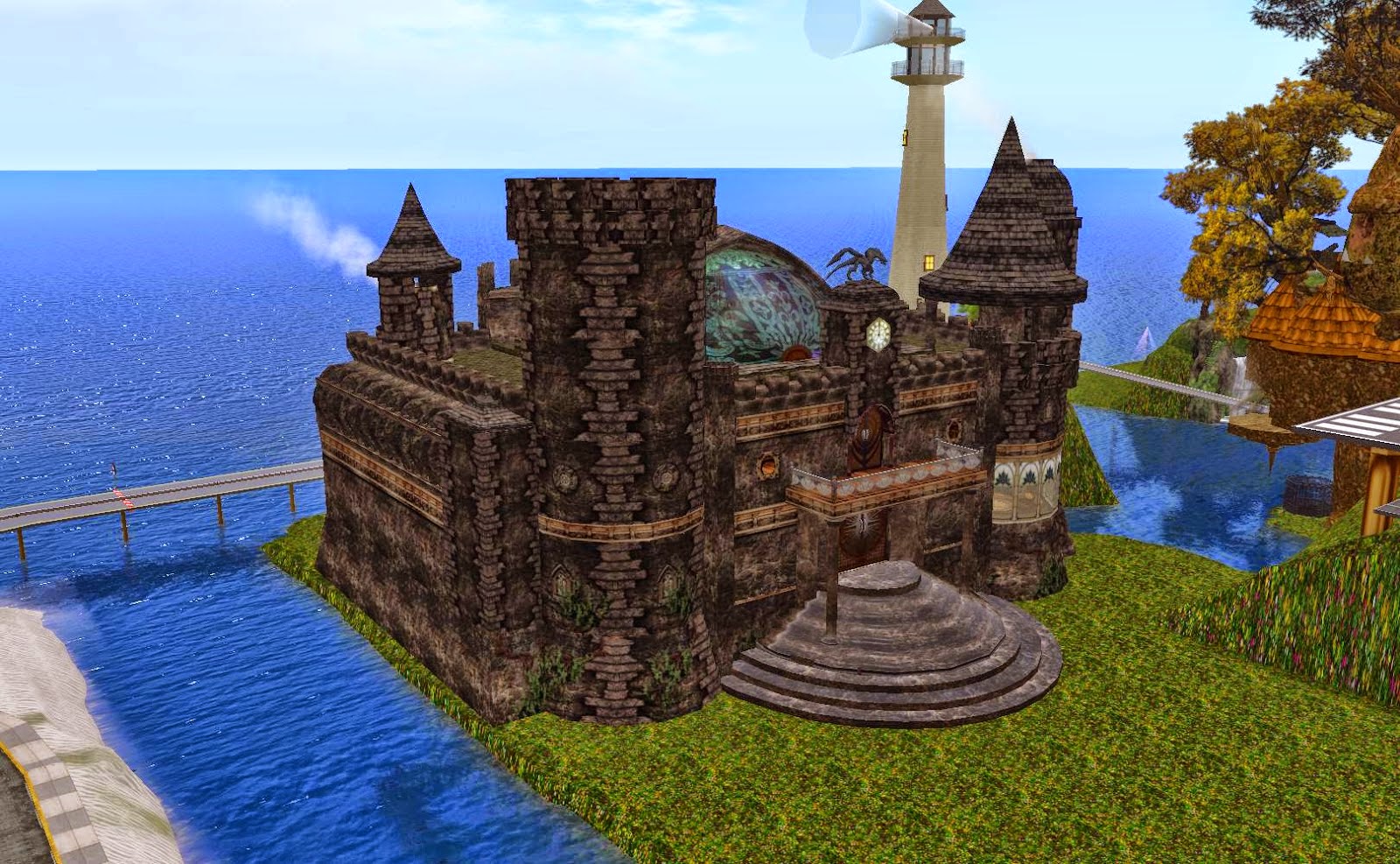 On Easter Sunday April 5 at Sunweaver Bay, Castle Primal Passions hosted a Relay for Life benefit to raise funds for Team Sunbeamers. She called it the "Stomp Out Cancer" party. The event was in two parts. From 2-4PM, there was a DJ music event with a theme and prize. At 4PM, an AC/DC tribute band played on a stage outside the club. 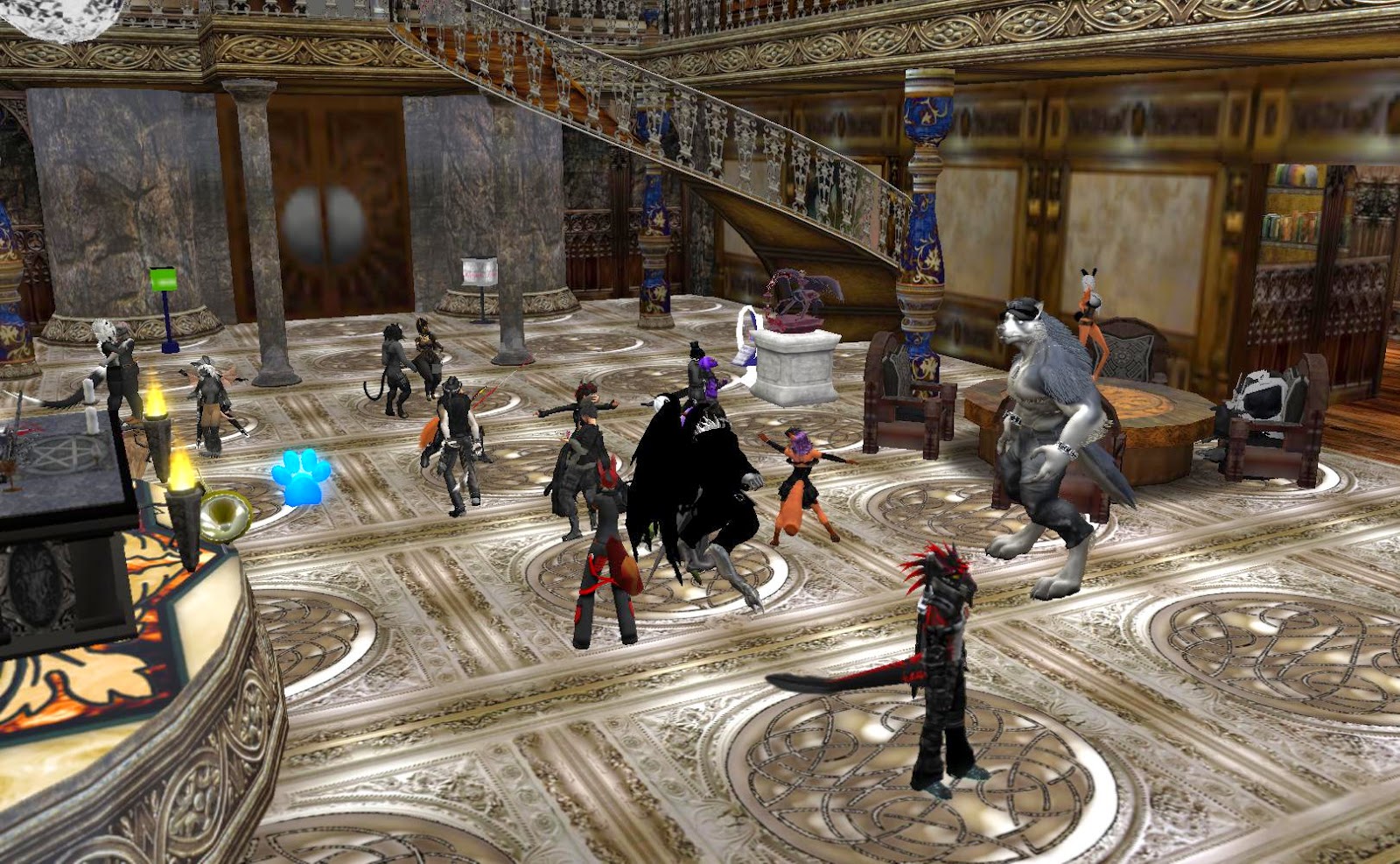 Normally an adult club with no dress code, this time club owner Rayven Tentigo (rayven.avalira) asked everyone to keep their pants on (or in the case of those with a coat of fur keep their "parts" hidden). 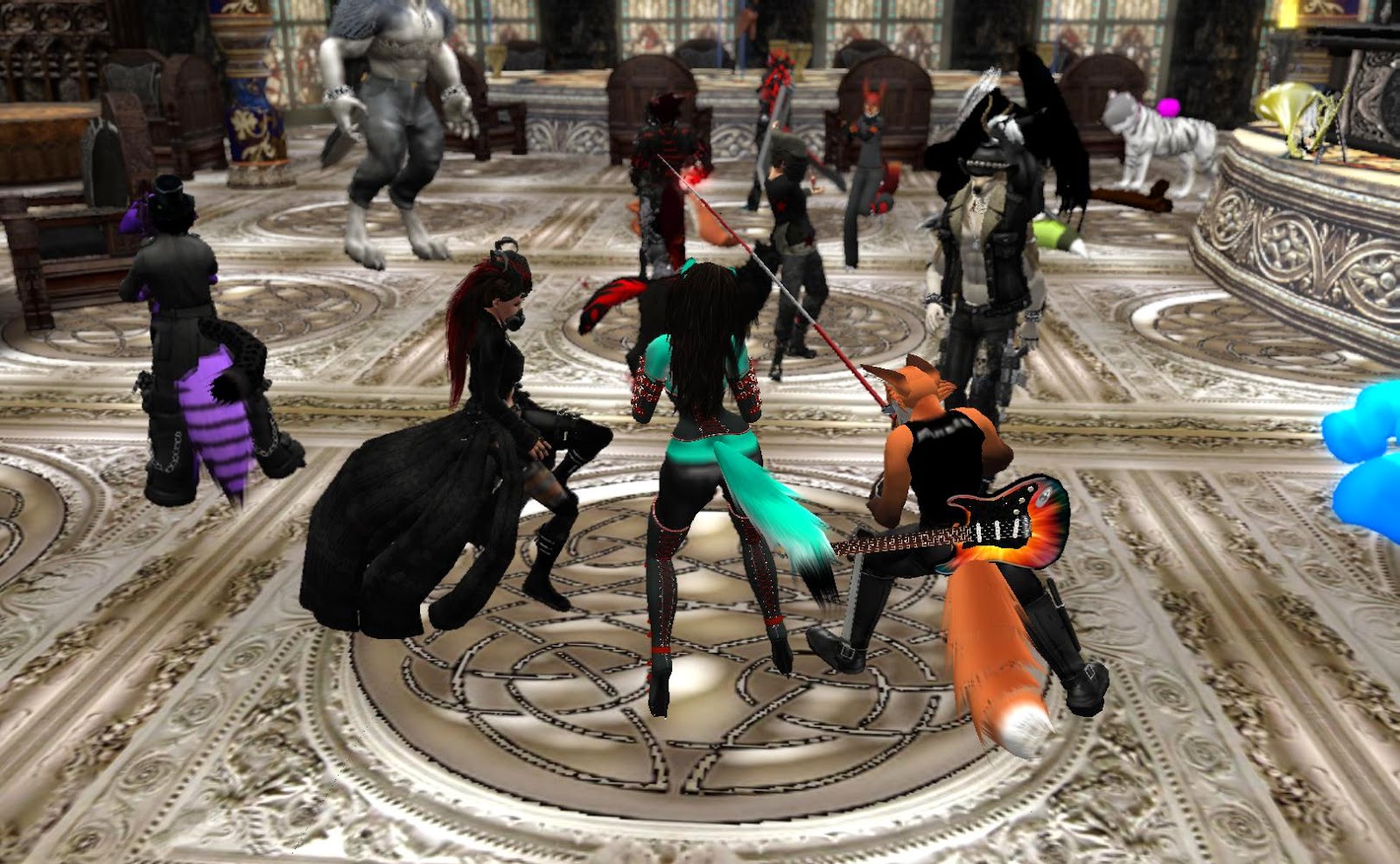 The theme was "Best in Black," and there were quite a number of outfits, and avatars, in theme. 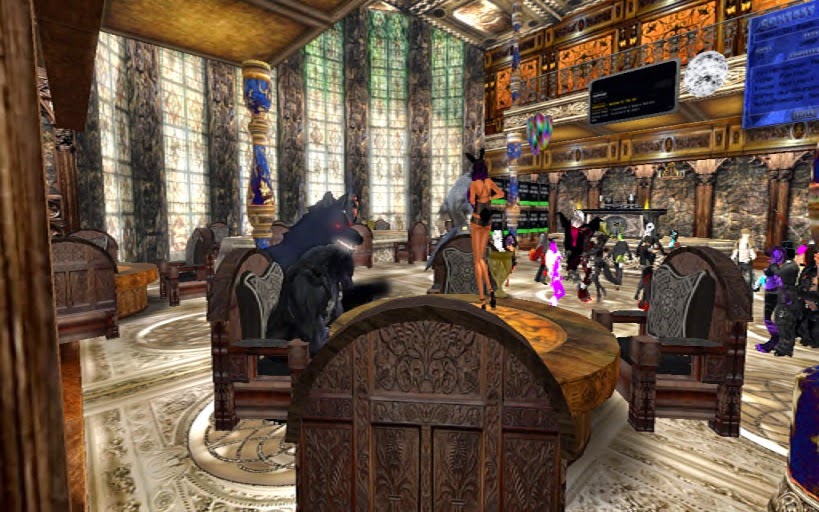 In this picture from Rayven, the club owner struts her moves on a table in a "bunny" outfit. 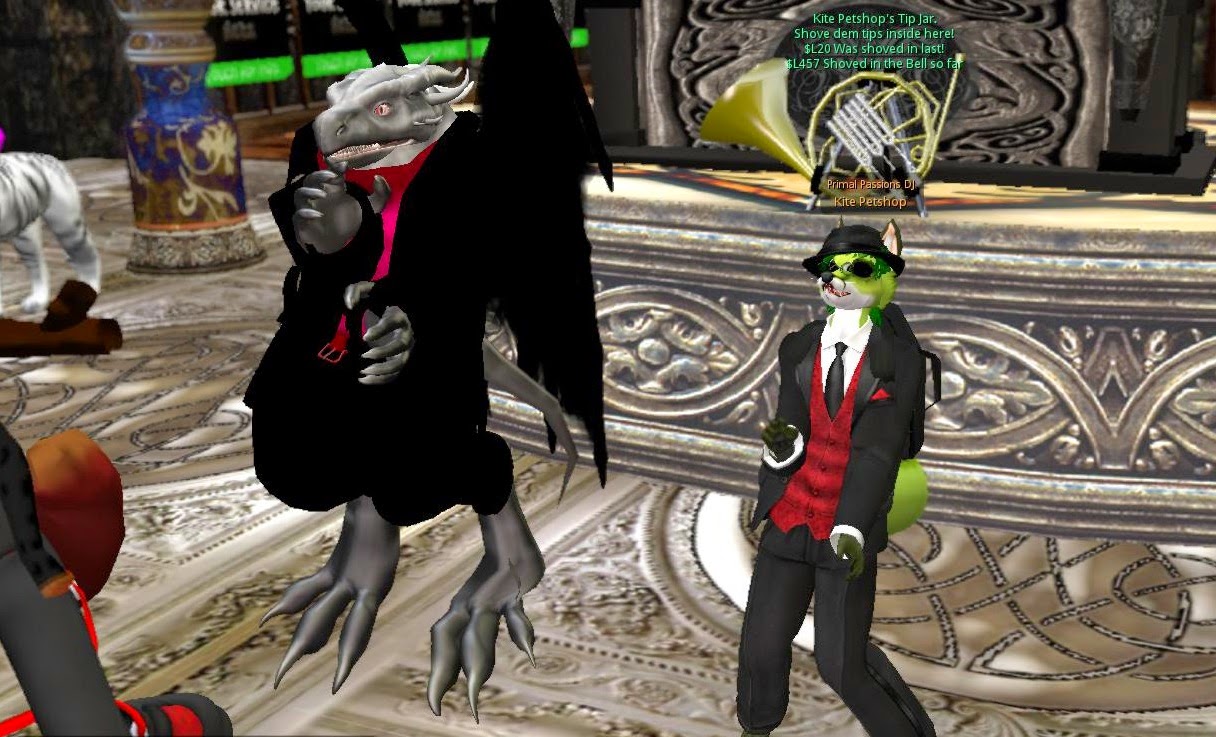 Kite Petshop was the DJ for the first part of the event. As 4PM neared, he closed out his session with a tune from the "1812 Overture" that's been worked in some movies and war games, "Thanks for being here, and thanks for listening to my madness." 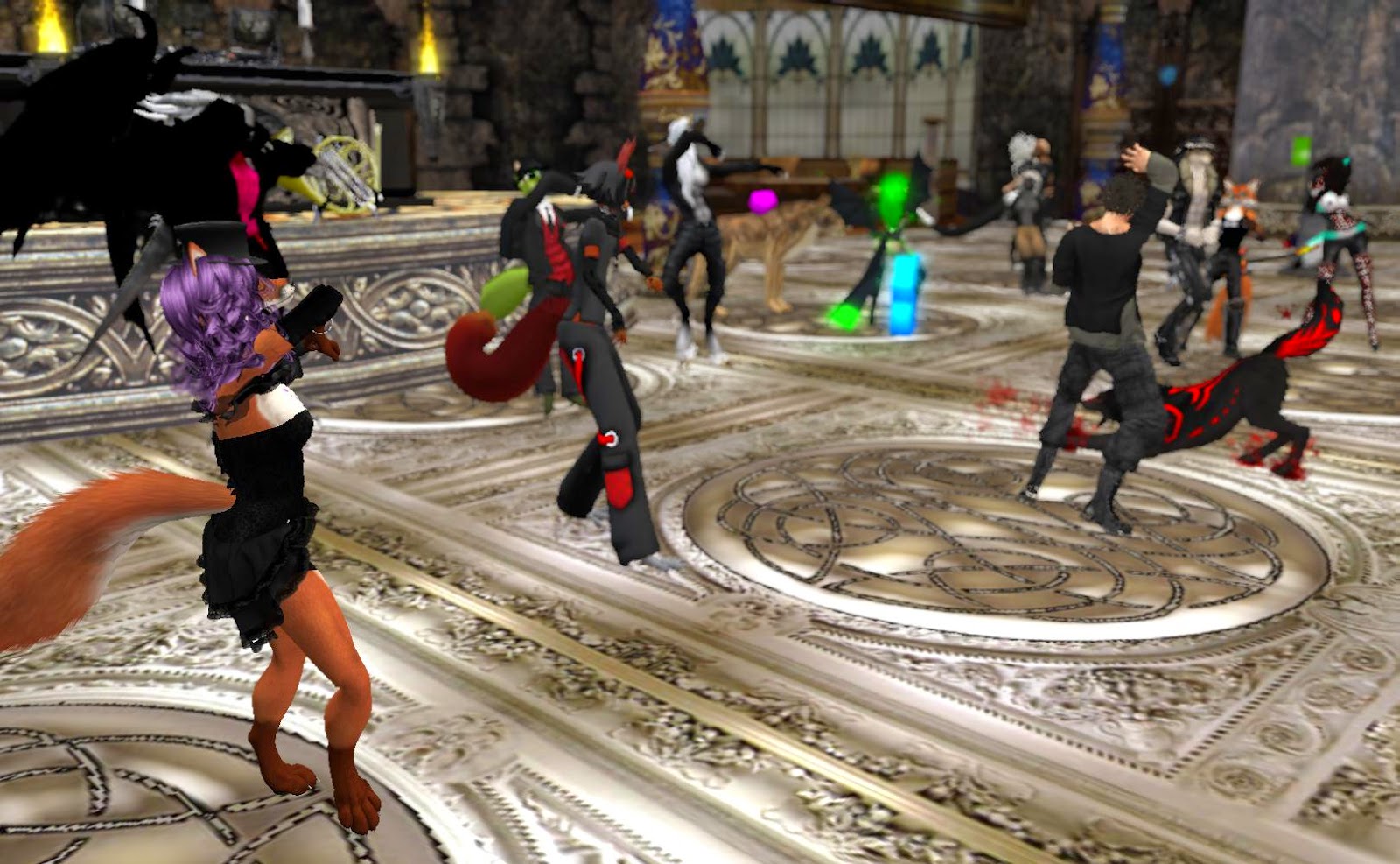 There was a prize of 2500L for the one best in theme. It was split between Shadowprincess23 and VenAAX.

"Thank you all who entered the contest, on behalf of Rayven, Kite, and myself, along with our staff. We get to match the prize money given to the winner in donations to Relay for Life, to kick cancer down the Highway to Hell where it belongs!" 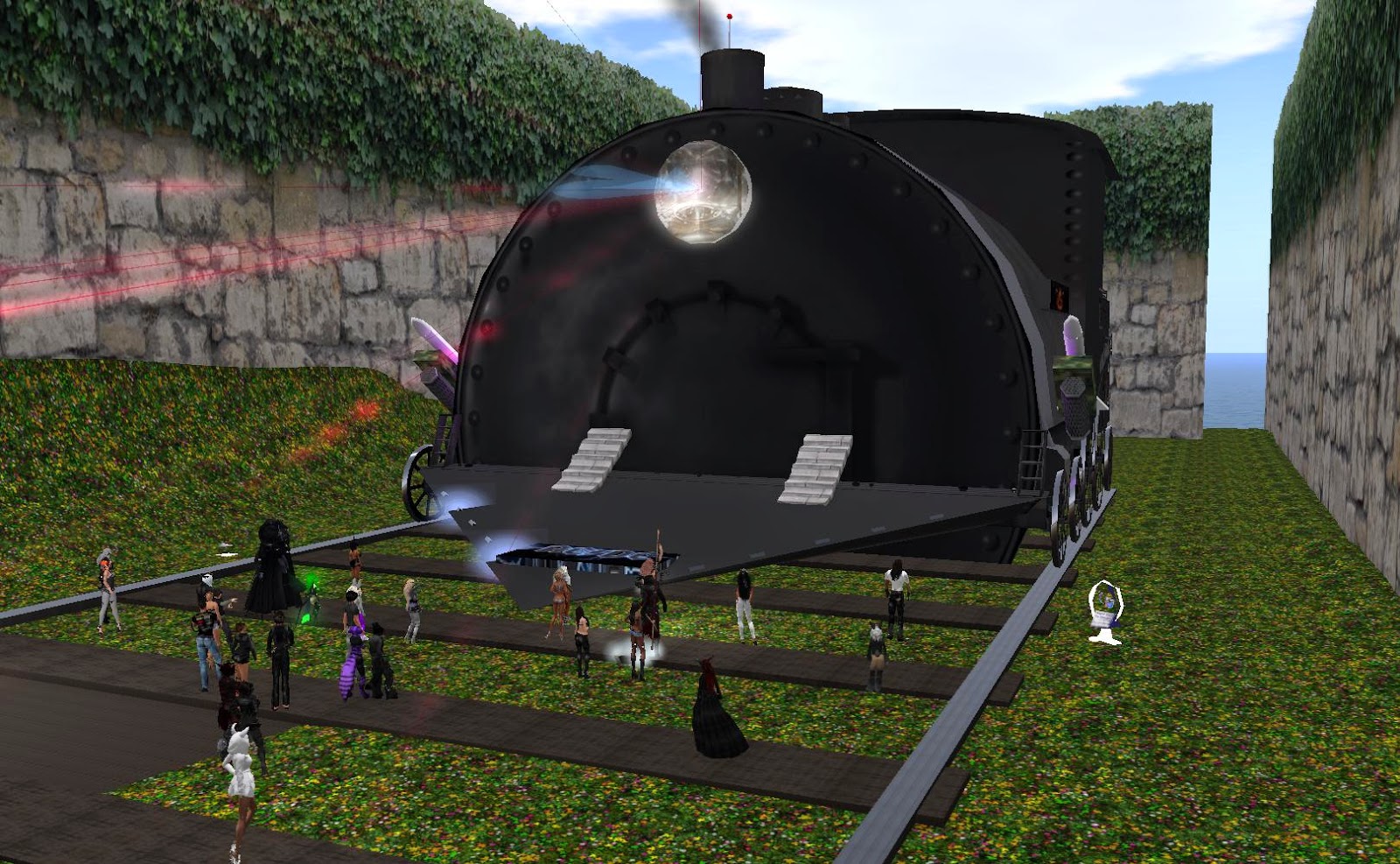 Outside Castle Primal Passions, there was what looked like a huge locomotive. This was the stage for the tribute band. They strummed their instruments for a while, then, "Okay people, I think you waited long enough! SOUND CHECK!!" 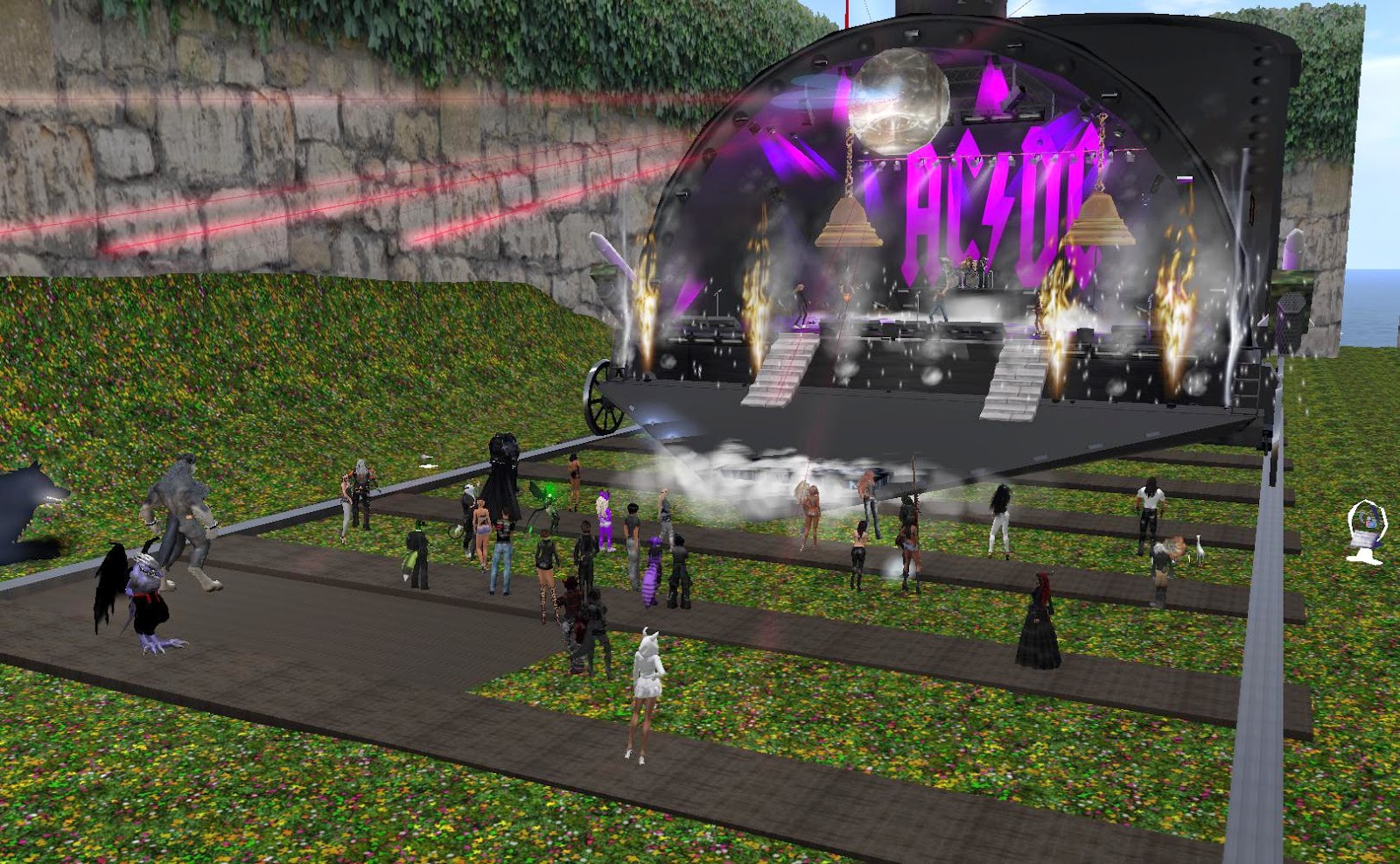 And the curtain flew open, and the concert was on. 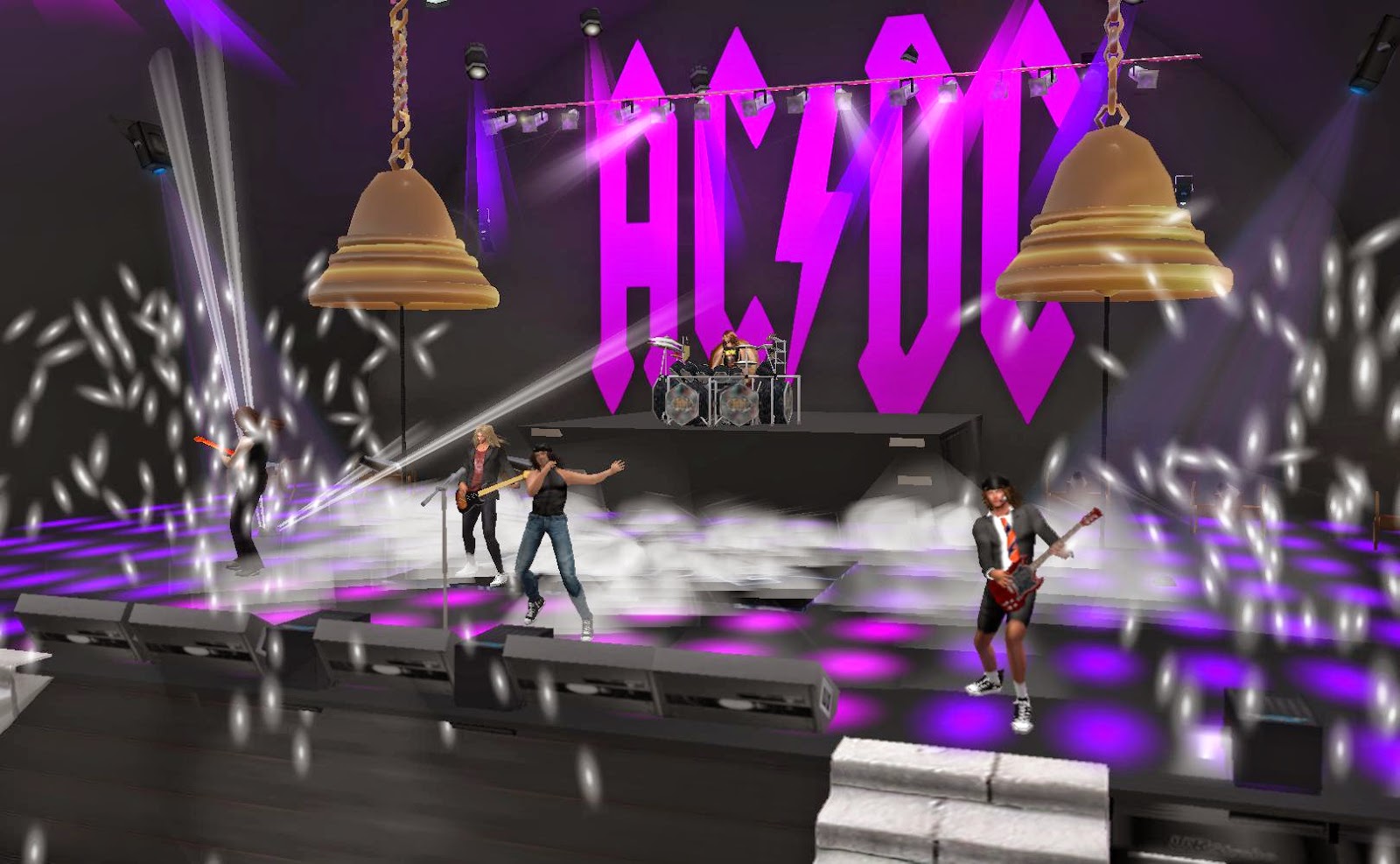 "AC/DC WILL THROW IN A CUSTOM MOTORCYCLE TO THE PERSON THAT MAKES THE HIGHEST DONATION LETS STAMP CANCER OUT IN THIS GENERATION!!! ACDC LOVES YOU GUYS!" 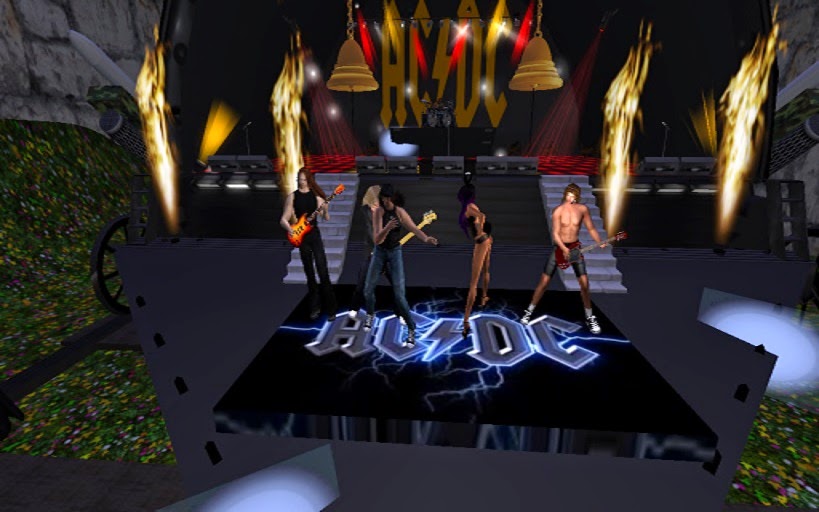 Rayven herself hopped on stage at one point. 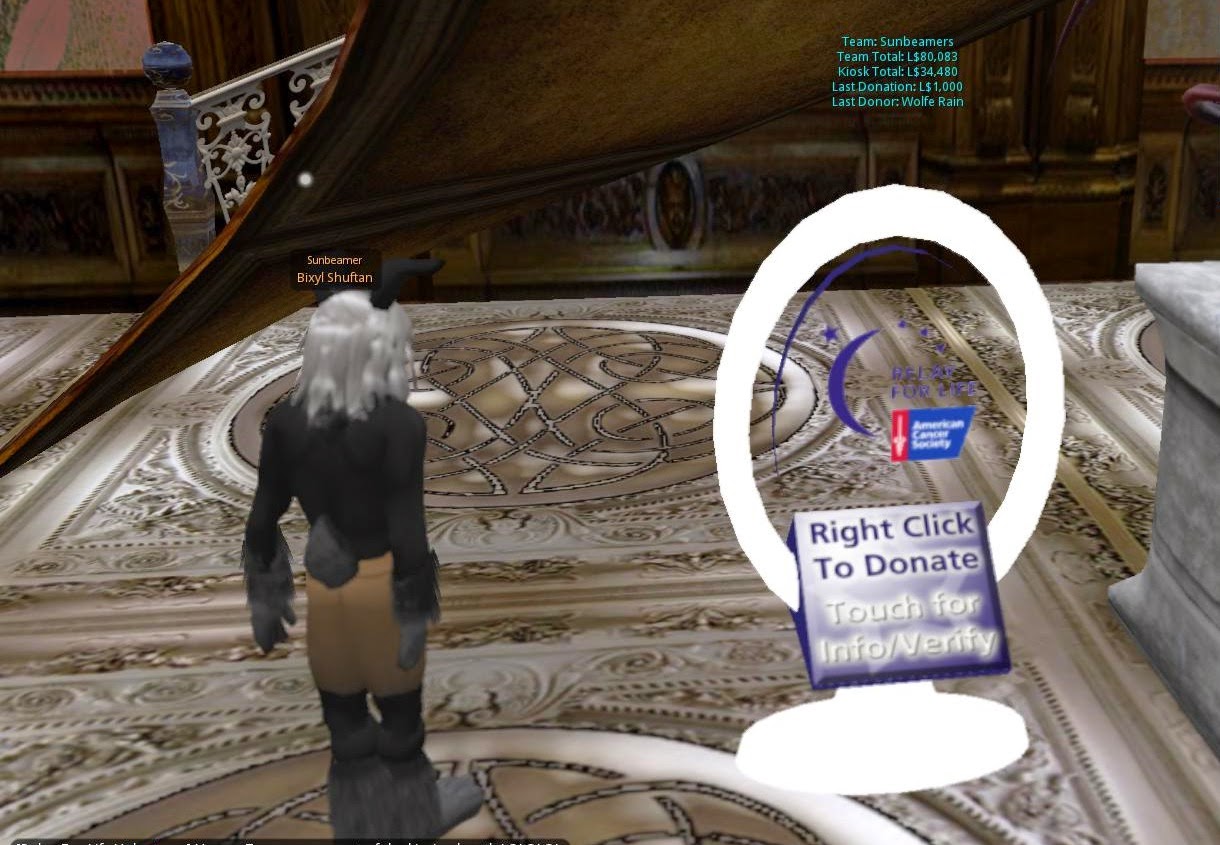 The event was a rousing success. About 30,000 Lindens had been raised in both events. As of the writing of this article, the Sunbeamers have gone up a little more to 82,000 Lindens. Only 18,000 to go until Silver rank.

Later this month, the Sunbeamers will hold another concert at Farshore Field in the Pacific Waters sim.