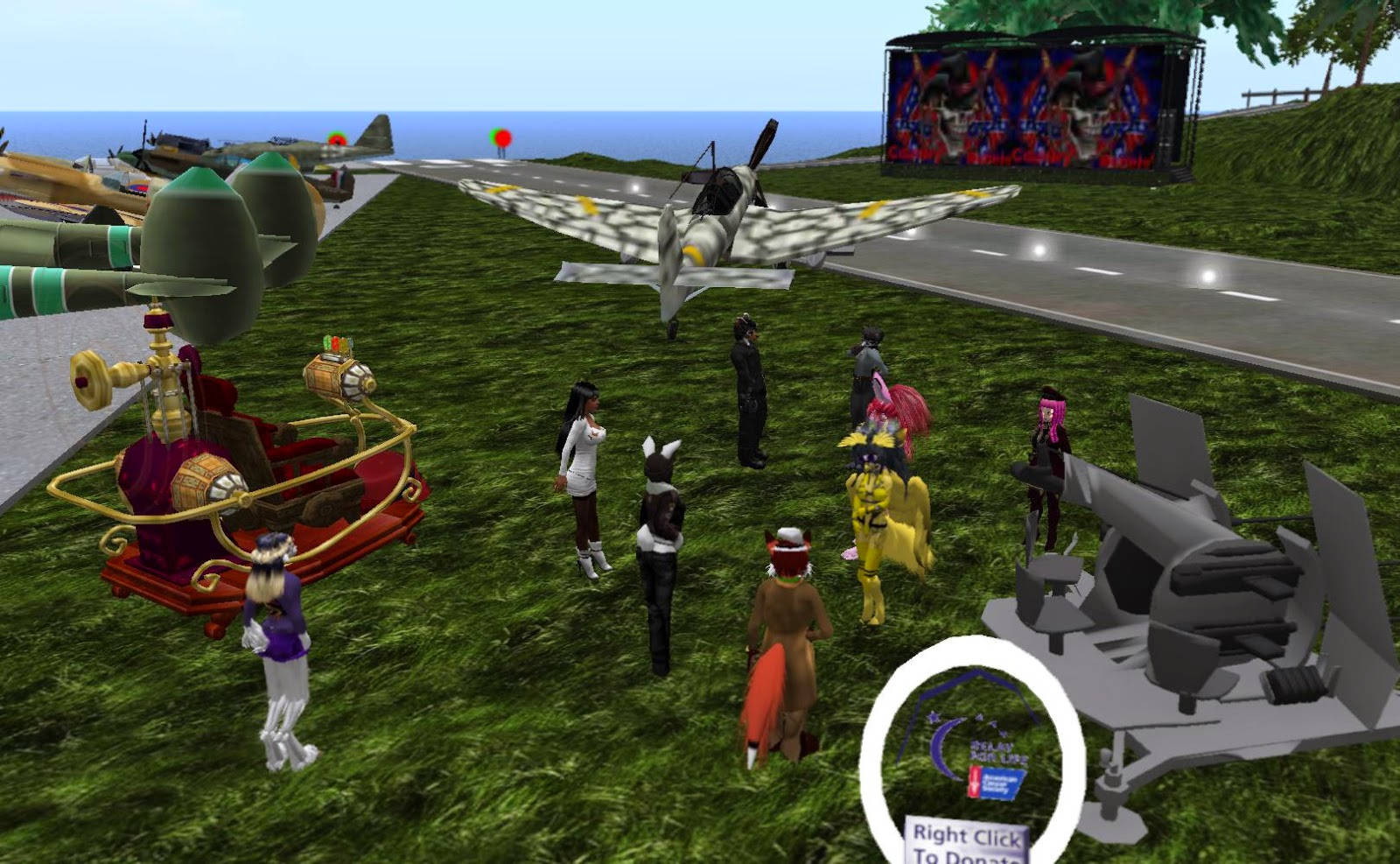 On Saturday April 18, Team Sunbeamer of the Relay for Life held their second annual air show at Farshore Field in Pacific Waters. 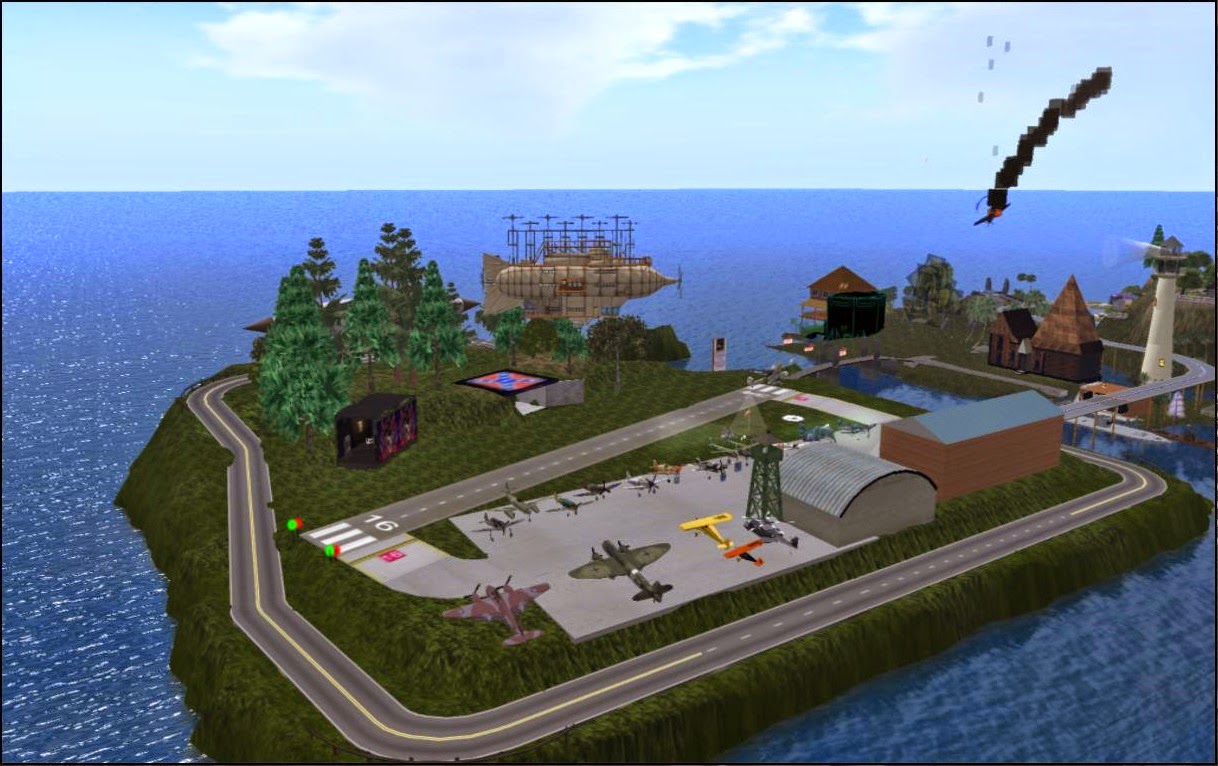 The events began at 8AM SL time. People were invited to bring their own airplanes to fly at the event, or choose one of several combat planes at a Dayafter Aeronautics plane rezzer placed at the airport by Jessicabelle Dayafter.Combat capable planes could duke it out with one another, or take out the drone flying overhead. 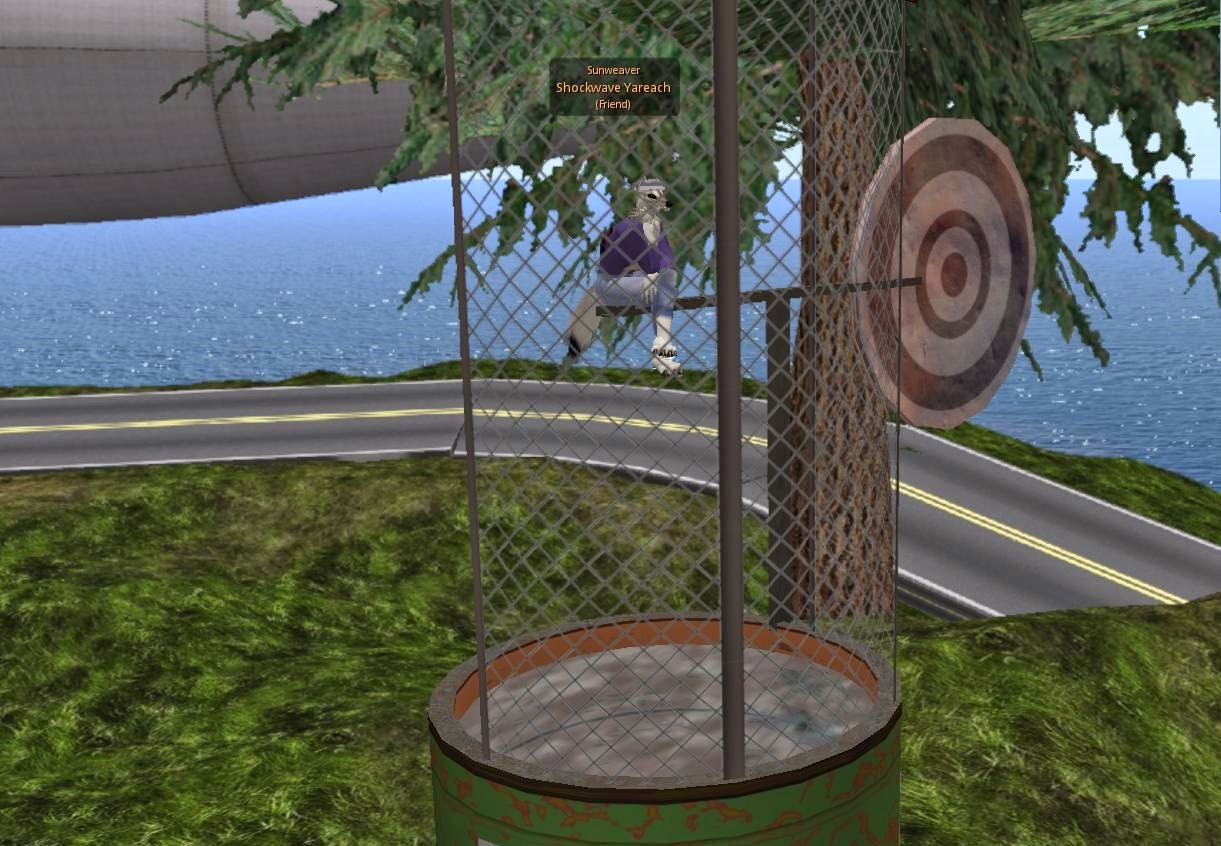 Besides the airplanes, there were a couple challenges for those passing by. One was the dunk tank. For a hundred Lindens, one could take three shots at a target linked to a seat over a tank of water, on which a volunteer sat. 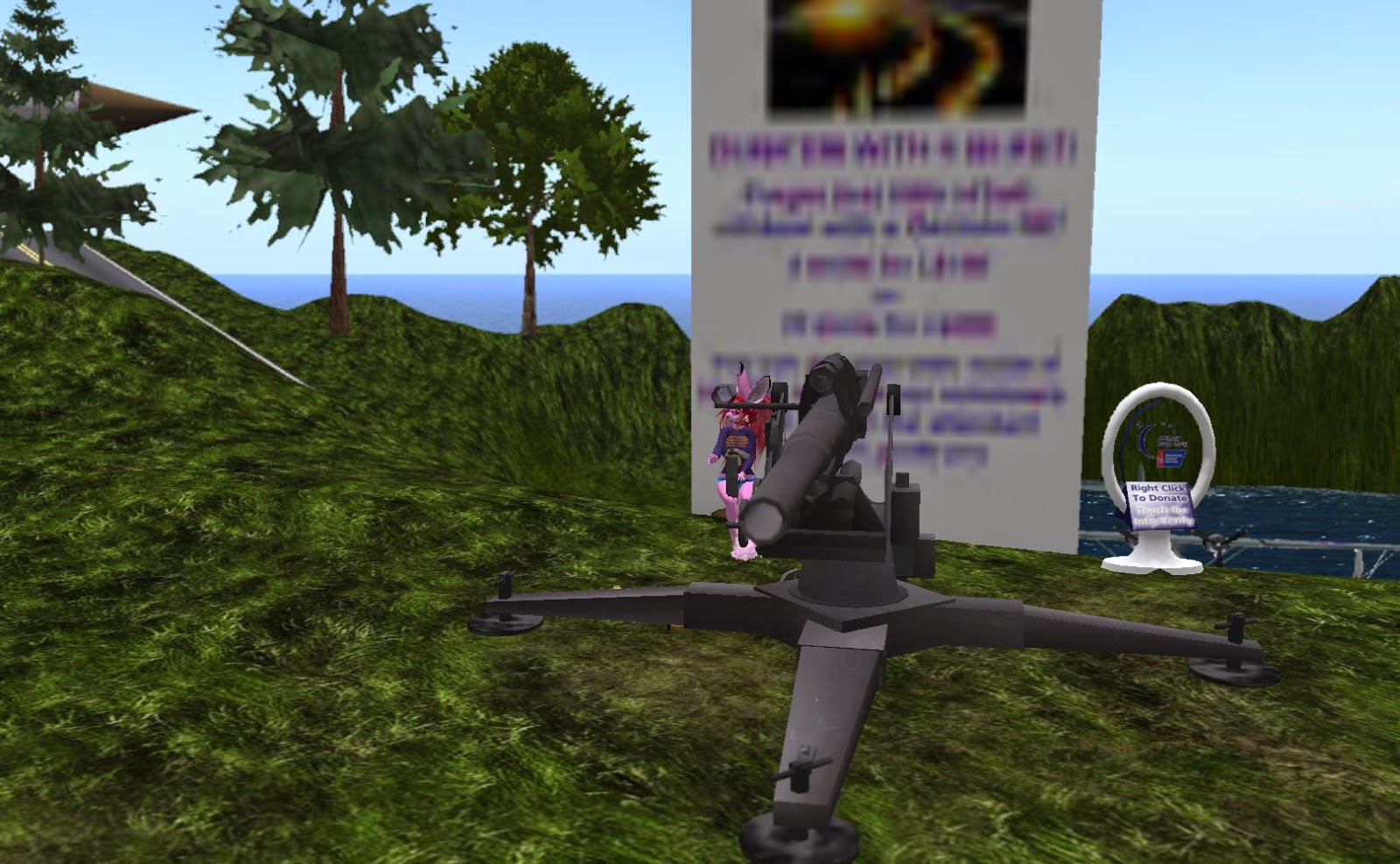 One didn't use tennis balls, but a German 88 gun from a distance. 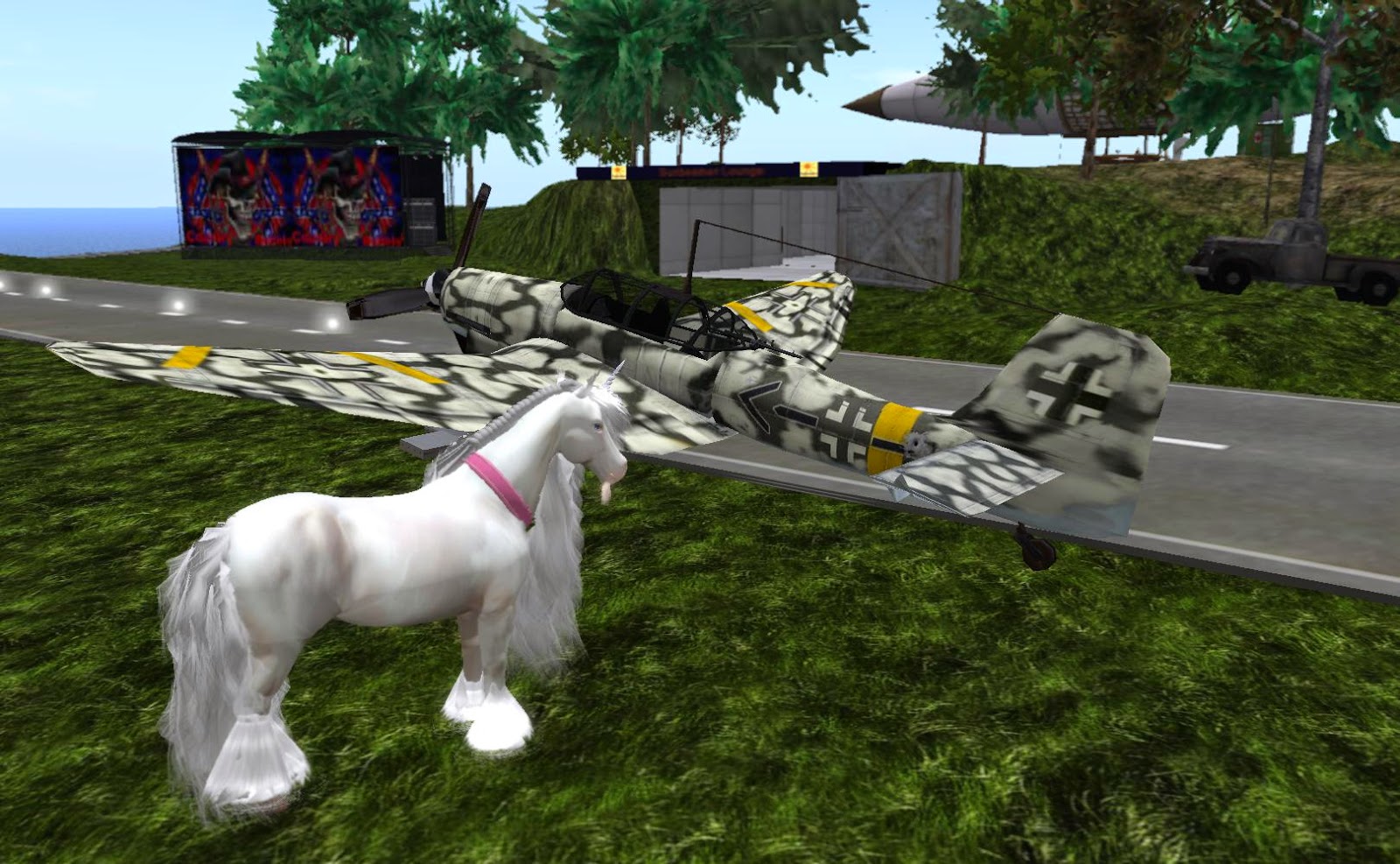 Another challenge came from Nydia Tungsten. She brought a Stuka to the airfield and for those making a 200L contribution, she offered 1000 Lindens to anyone who could shoot her down from the anti-aircraft gun next to the runway. 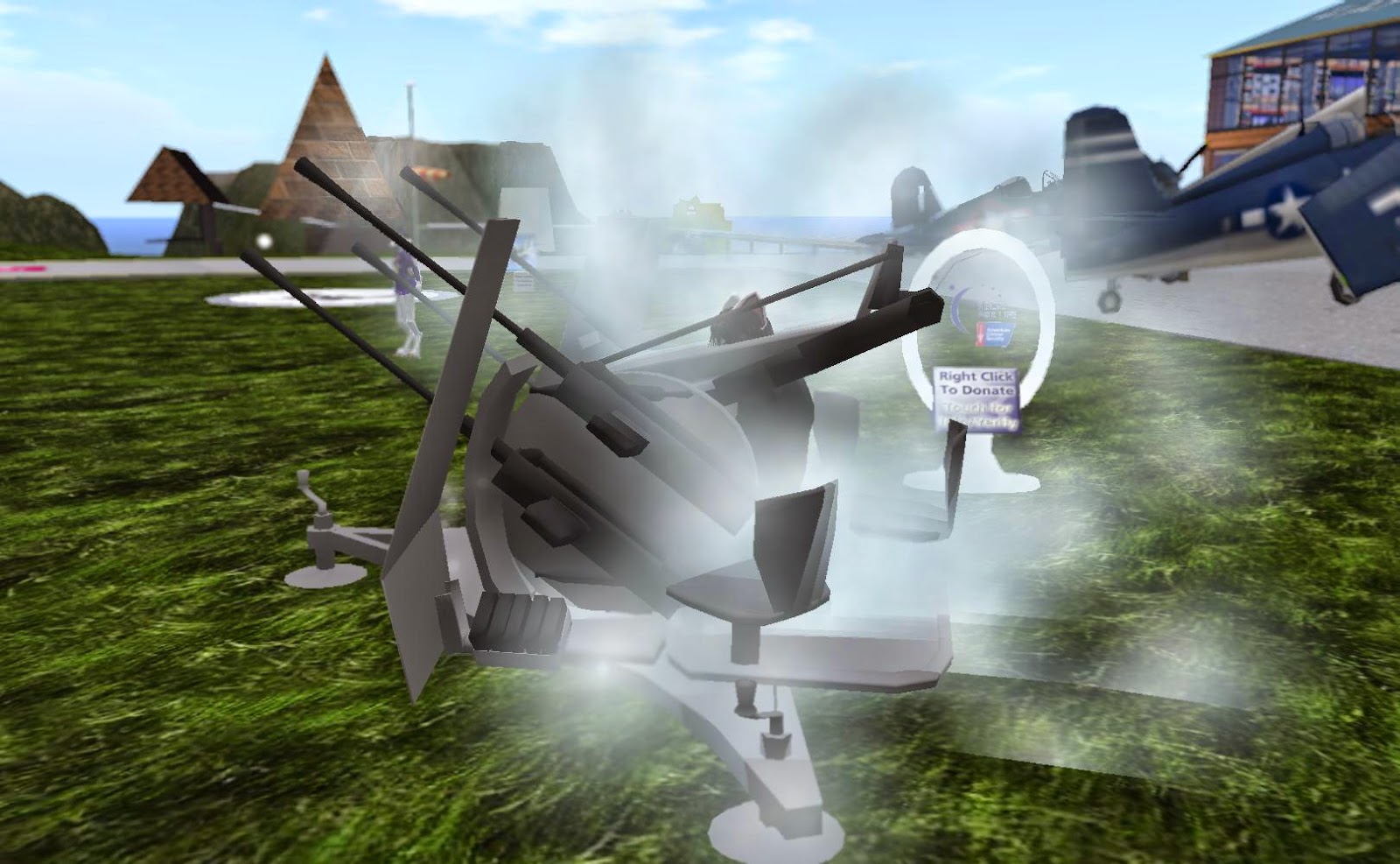 That is before she got them first with her own guns and bombs. 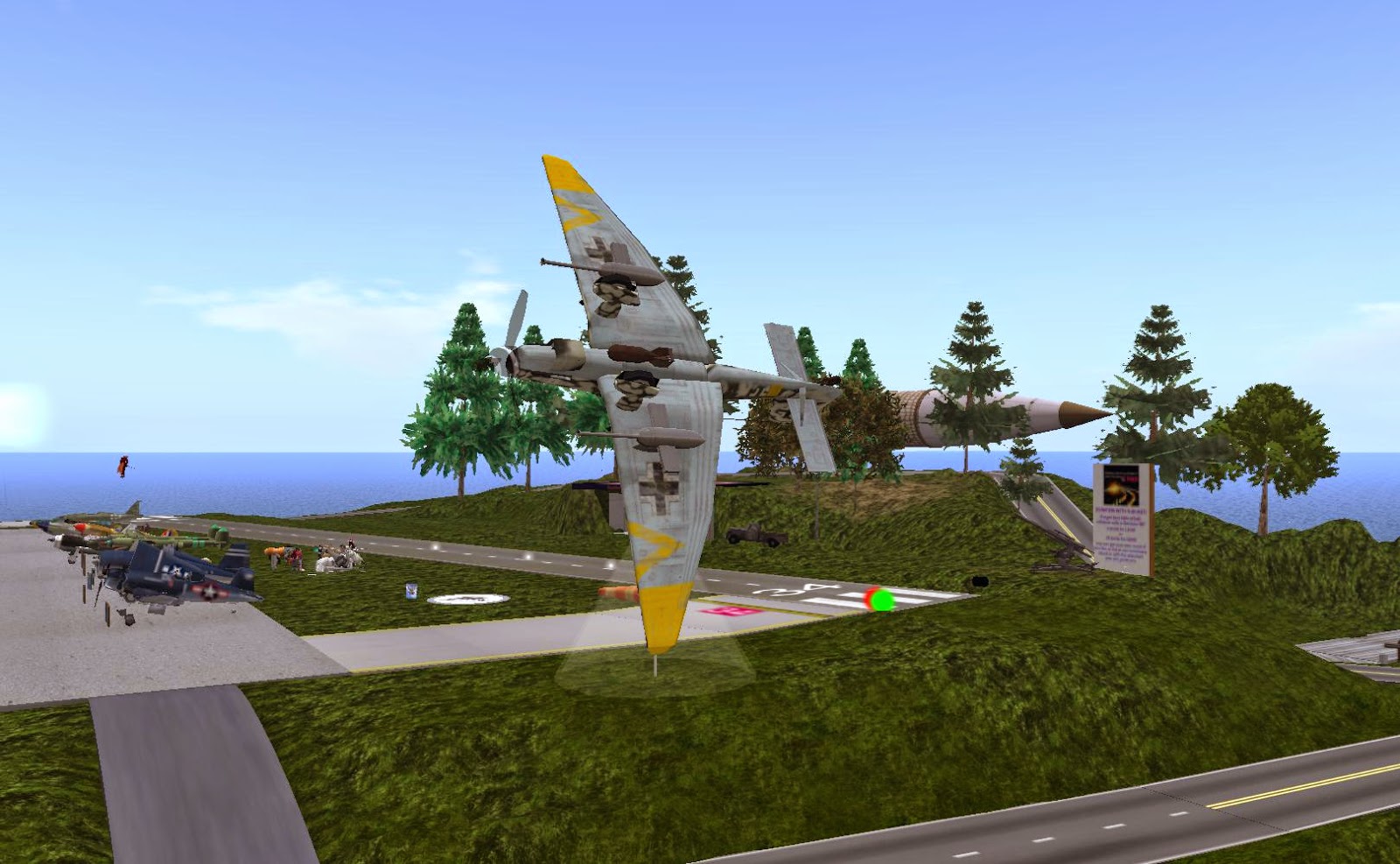 There were several takers, but none of the gunners could take her down from the sky. She did end up going down, but only after she got into a dogfight with a fighter. The 1000 Linden prize went unclaimed. 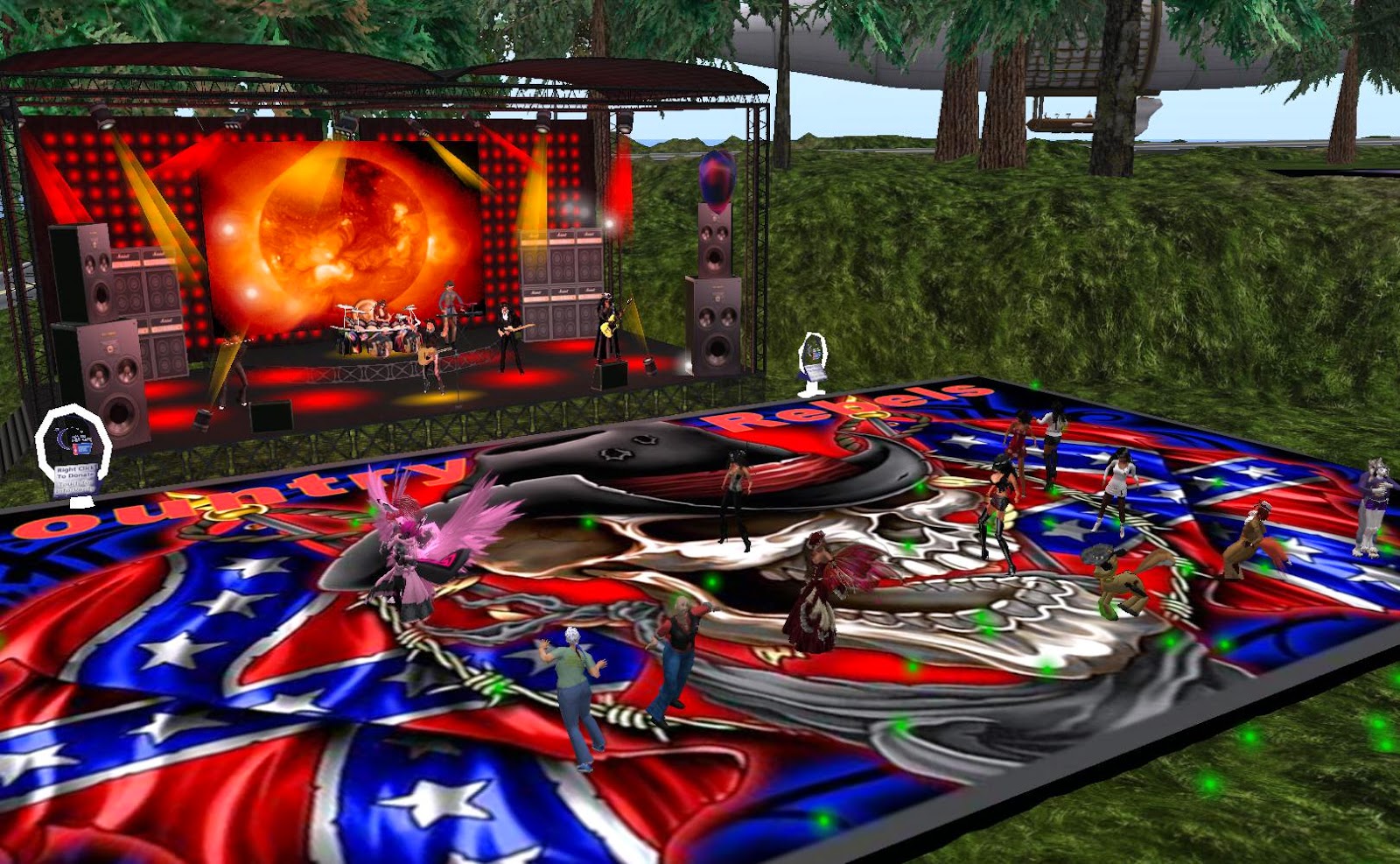 The air show went on until 5PM SL time, at which time the planes were grounded while several members of another Relay team, Country Rebels, went to the stage set up earlier for them and they began getting ready. At at 6PM, the curtain rose, and the band began playing a Garth Brooks tribute concert. 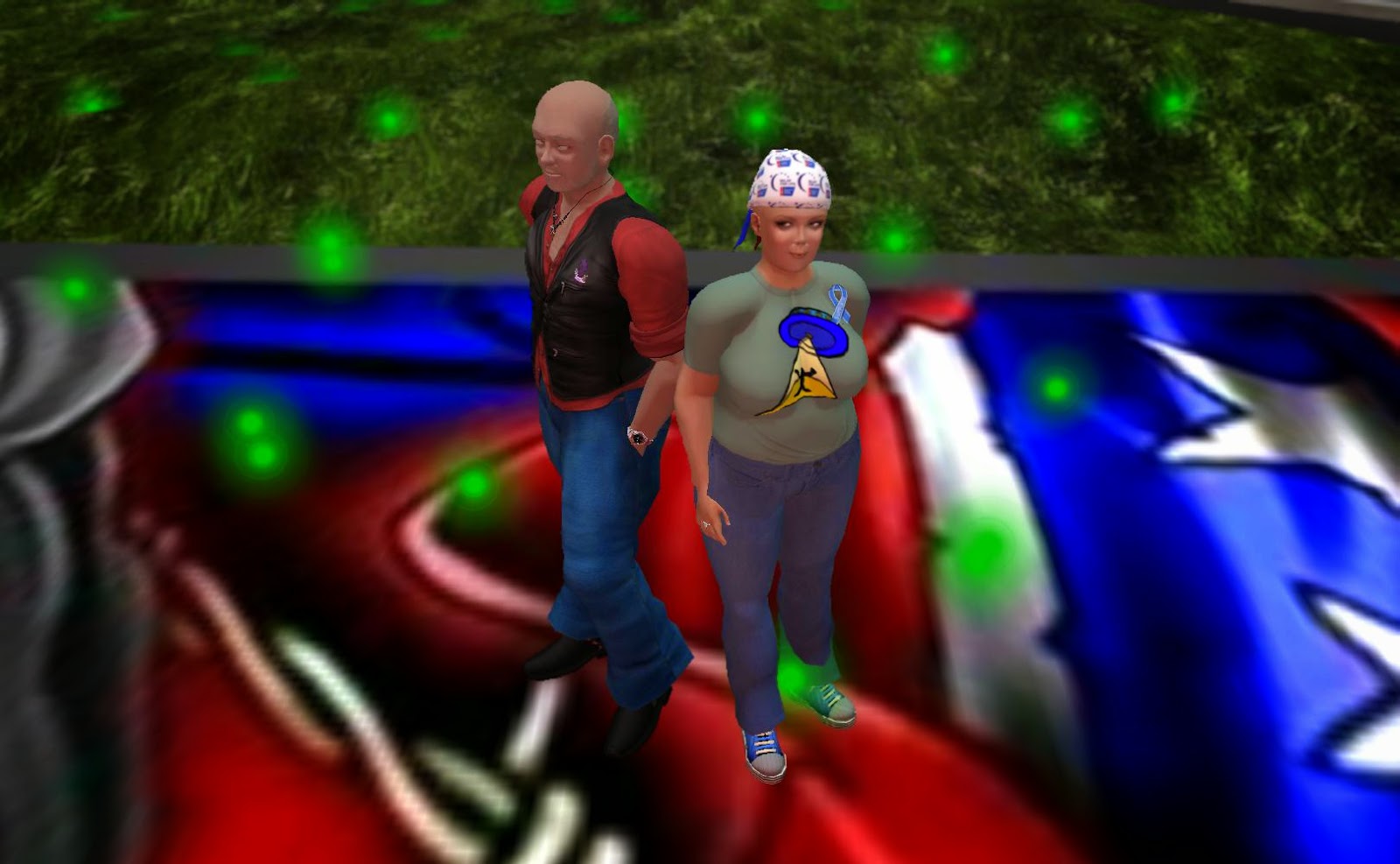 Baine and Panza Finch were among those who showed up. 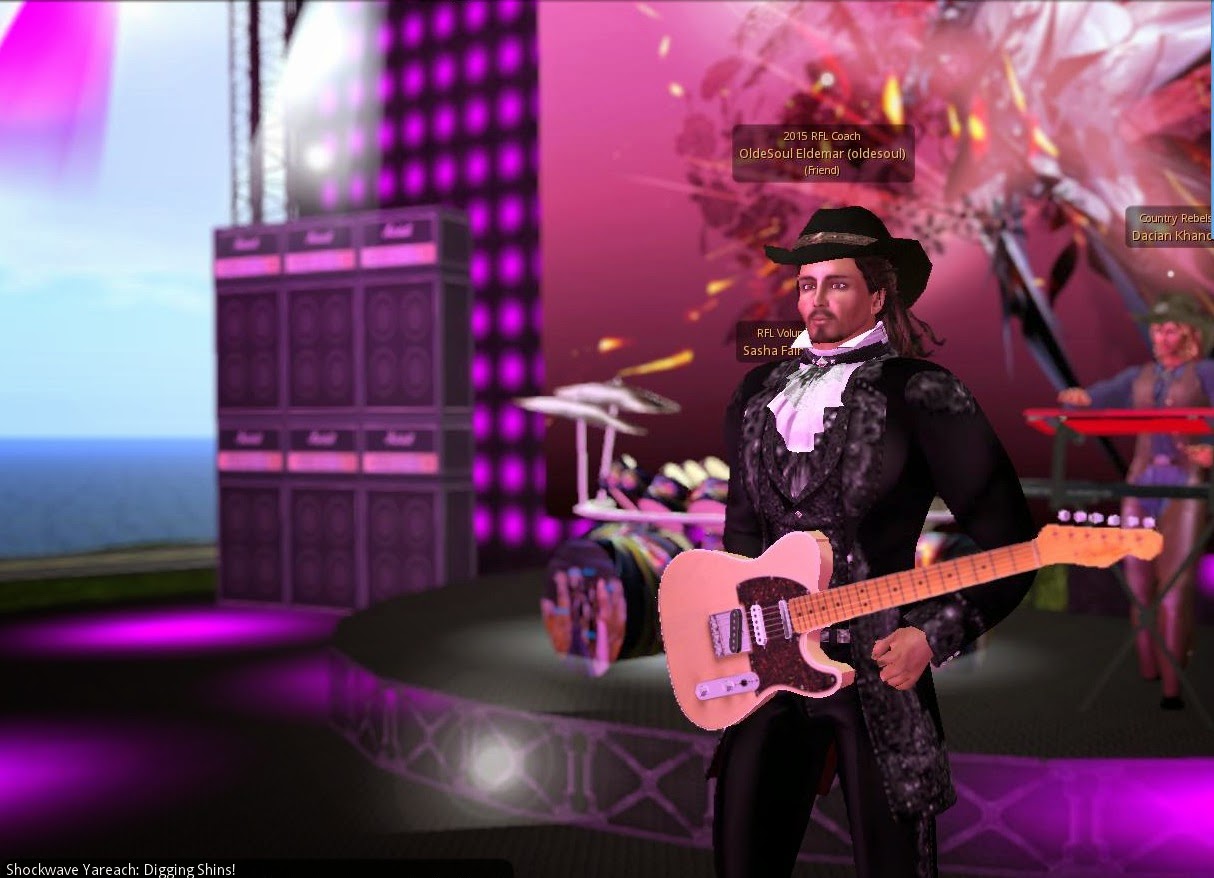 Oldesoul Eldemar was also there, taking a place among the band. 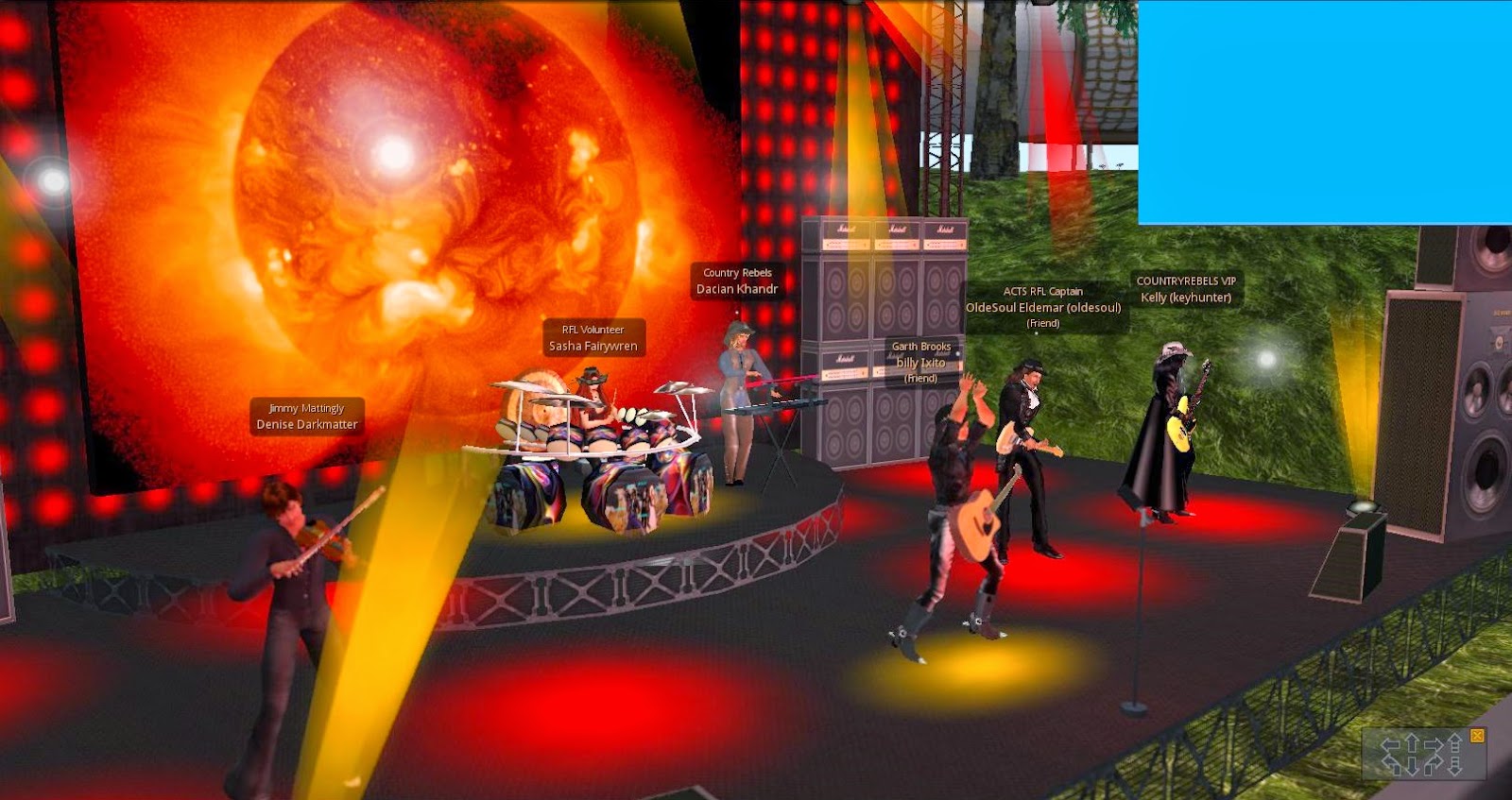 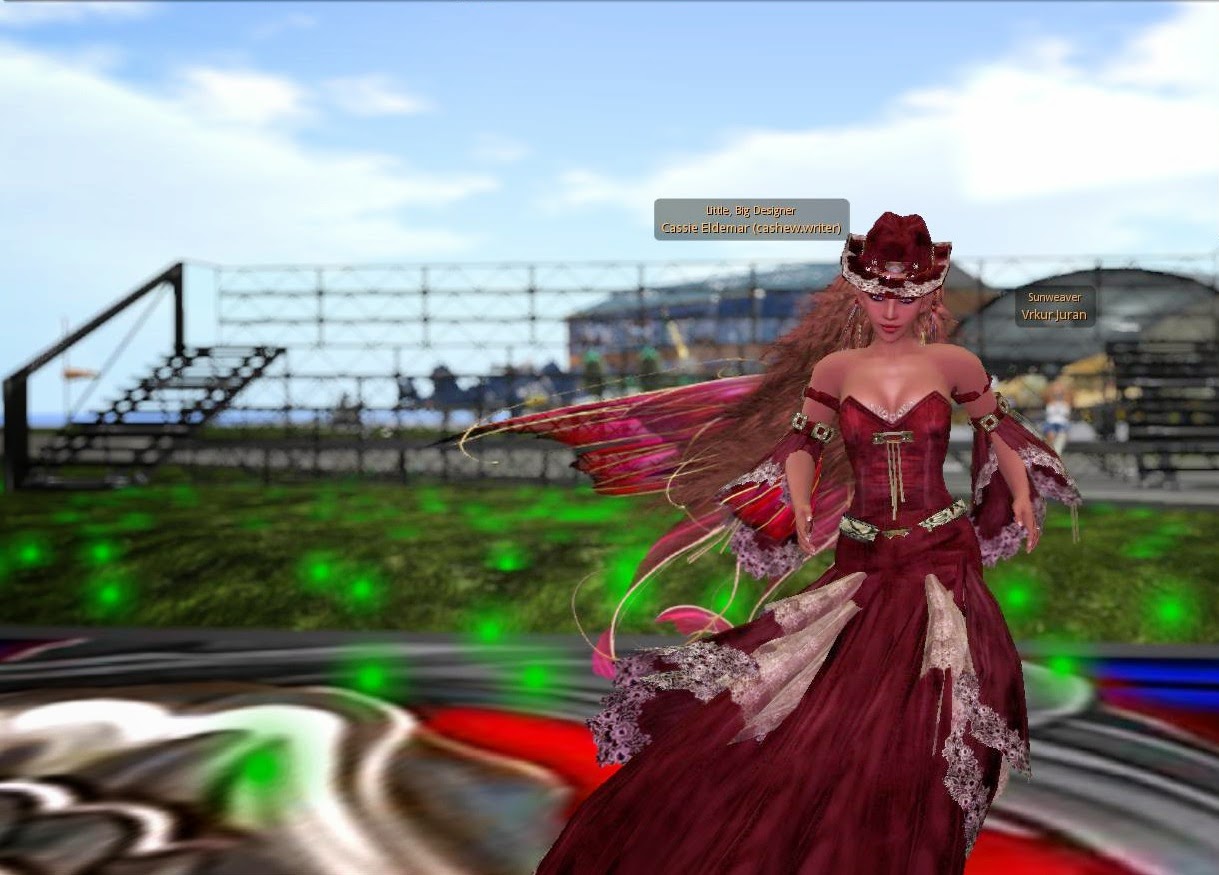 Others came there as well to dance away. 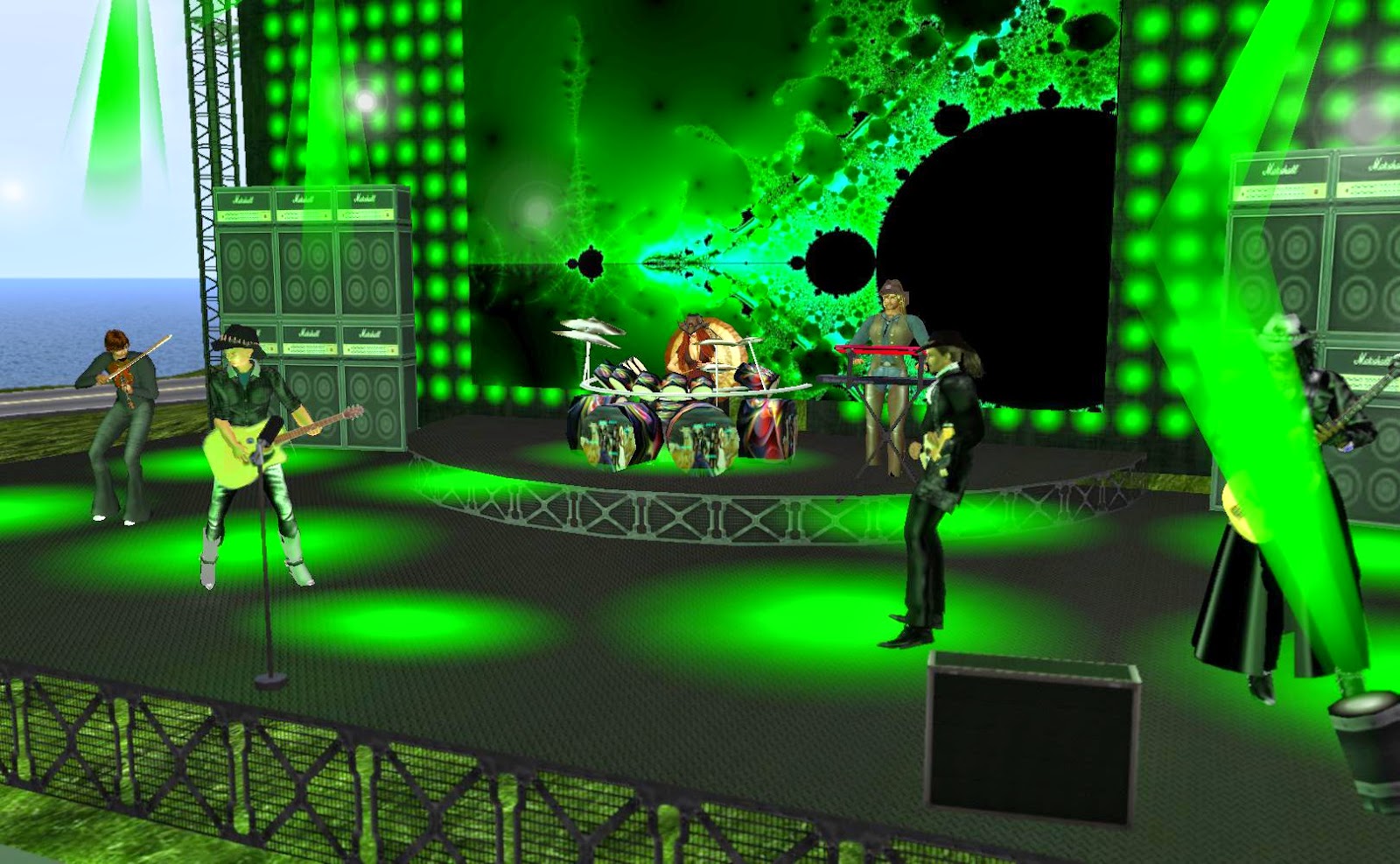 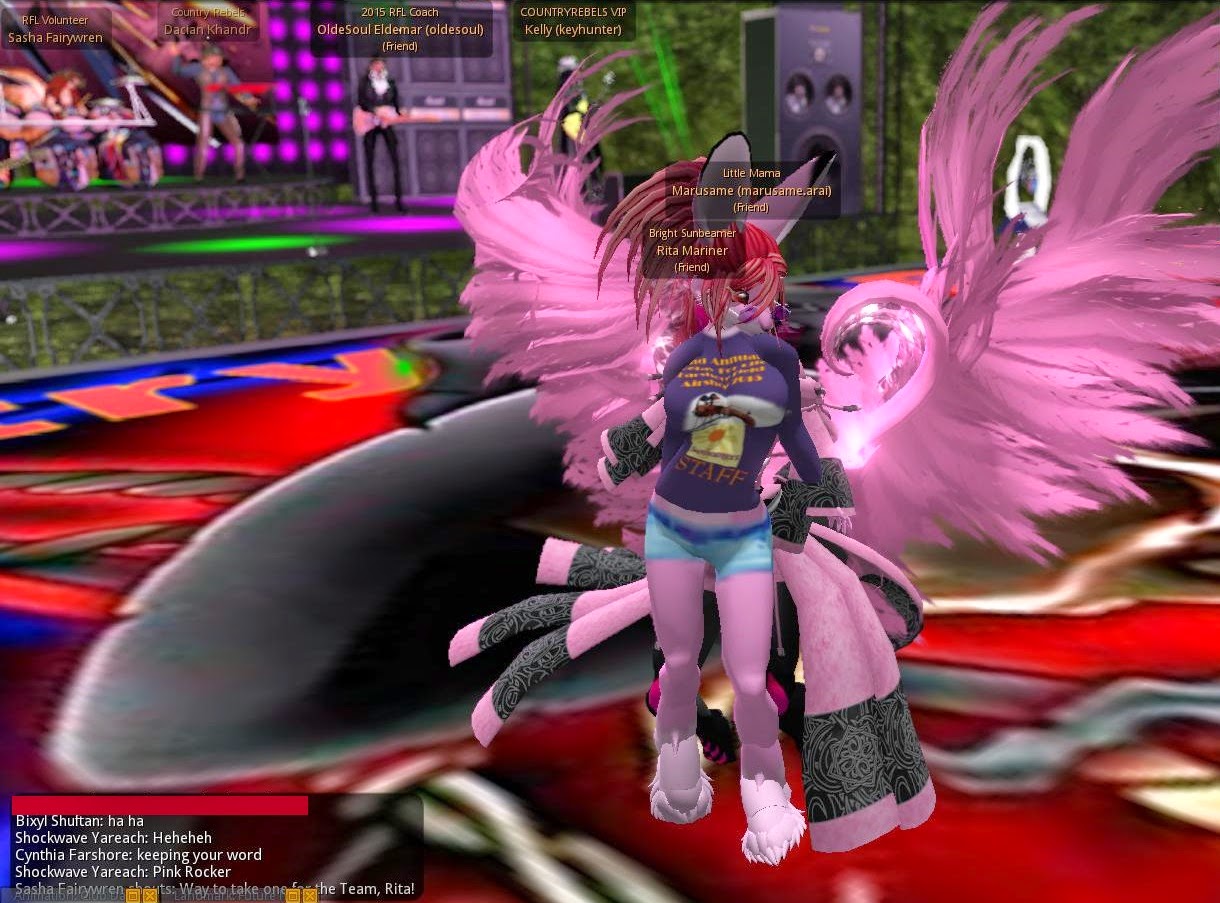 Team Sunbeamer's captain, as well as Sunweaver Estate chiefess, Rita Mariner was also there. She was "in the pink" thanks to a "Bid Me" event. It was a color she felt less than at ease with, though others took humor at her "Bubblegum Crisis" as one tagged it. 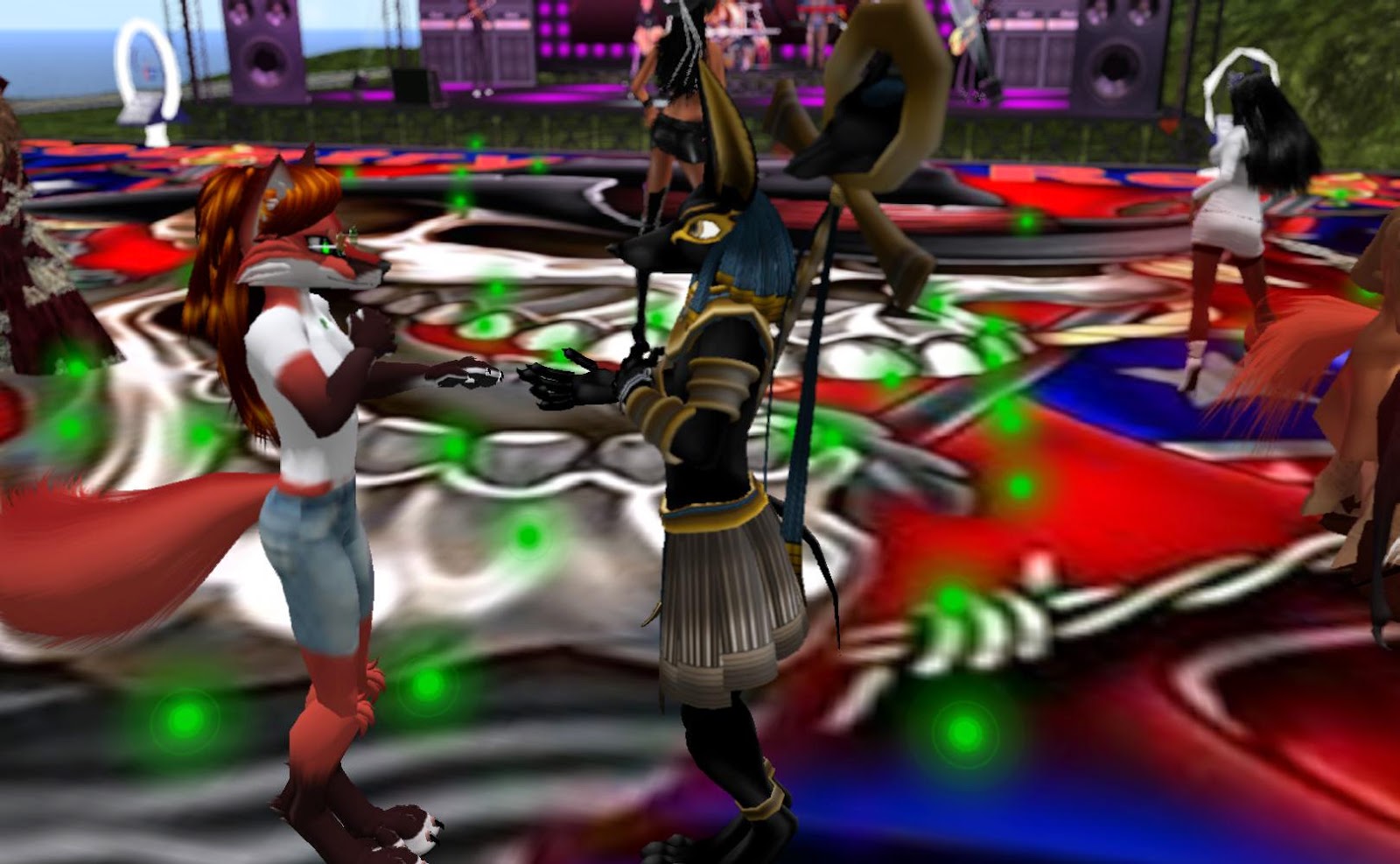 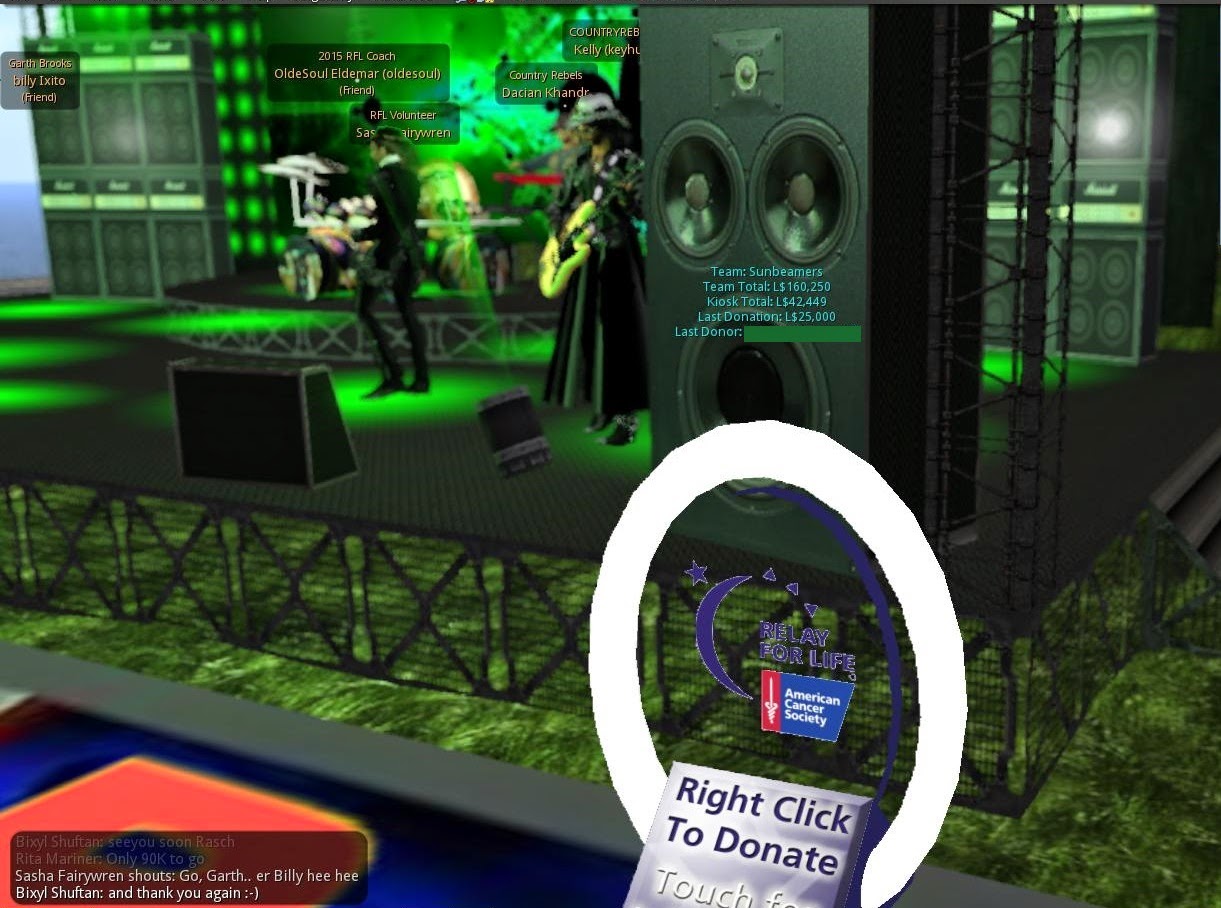 The donations continued to come in. One donor (whom has since asked that his name be withheld) sent a 25,000 donation. This was about half of the over 50,000 Lindens raised by the Sunbeamers that day. The Country Rebels also did well, taking in thousands. 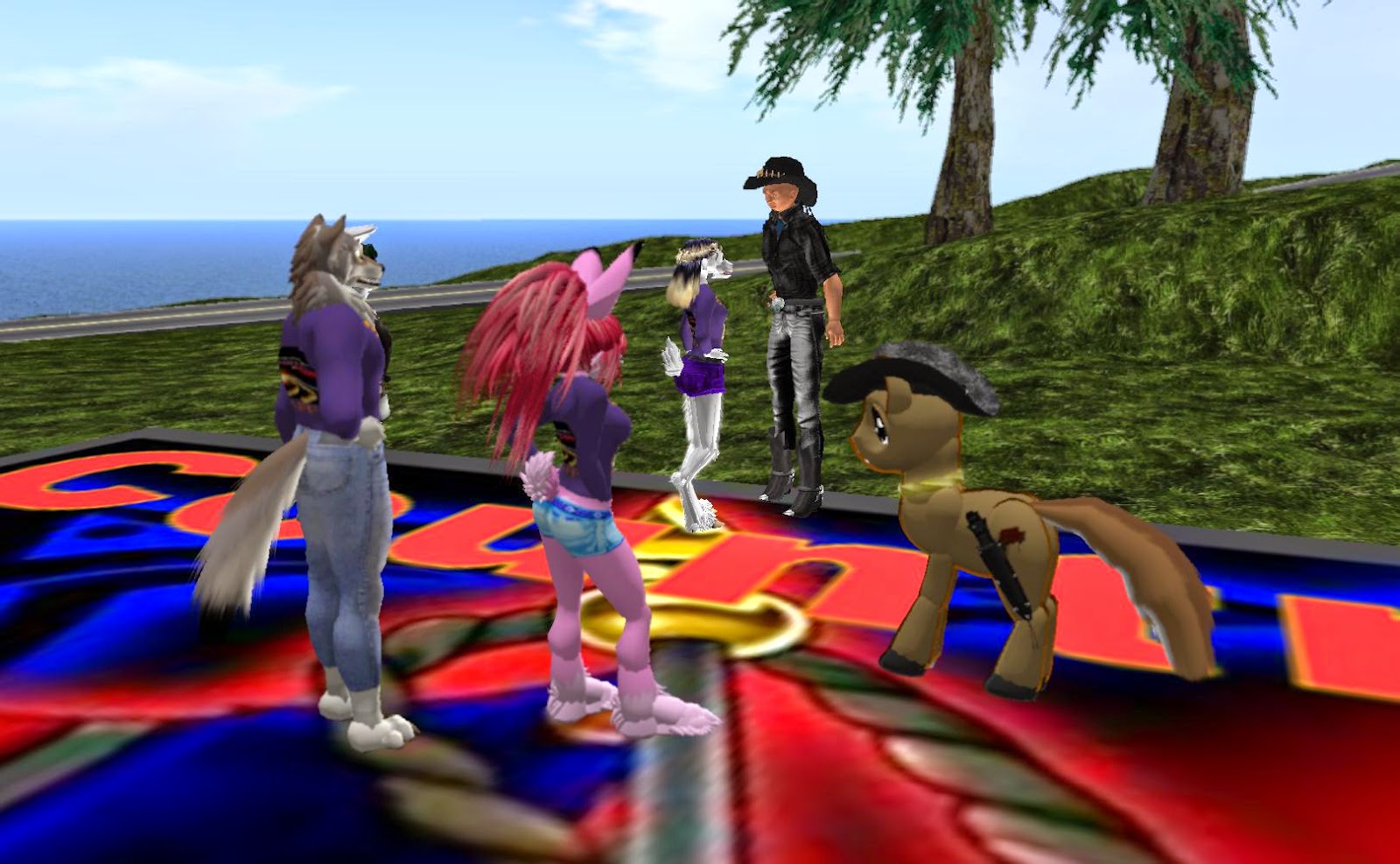 After the event was over, the Sunbeamers thanked Billy Ixito for his team's performance.

As of the writing of this article, the Sunbeamers have raised a total of 161,350 Lindens, less than 90K left until Gold rank. Team Country Rebels has raised 42,950 L so far.

More events are being planned. Later in the Relay season, Pacific Waters will host a road rally, the details of which are still being worked out. And of course there's the Relay weekend in July. What the Sunbeamer camp will look like is still under development for the big event.