The Strange Jounreys "Jail and Bail" And Other Relay Events 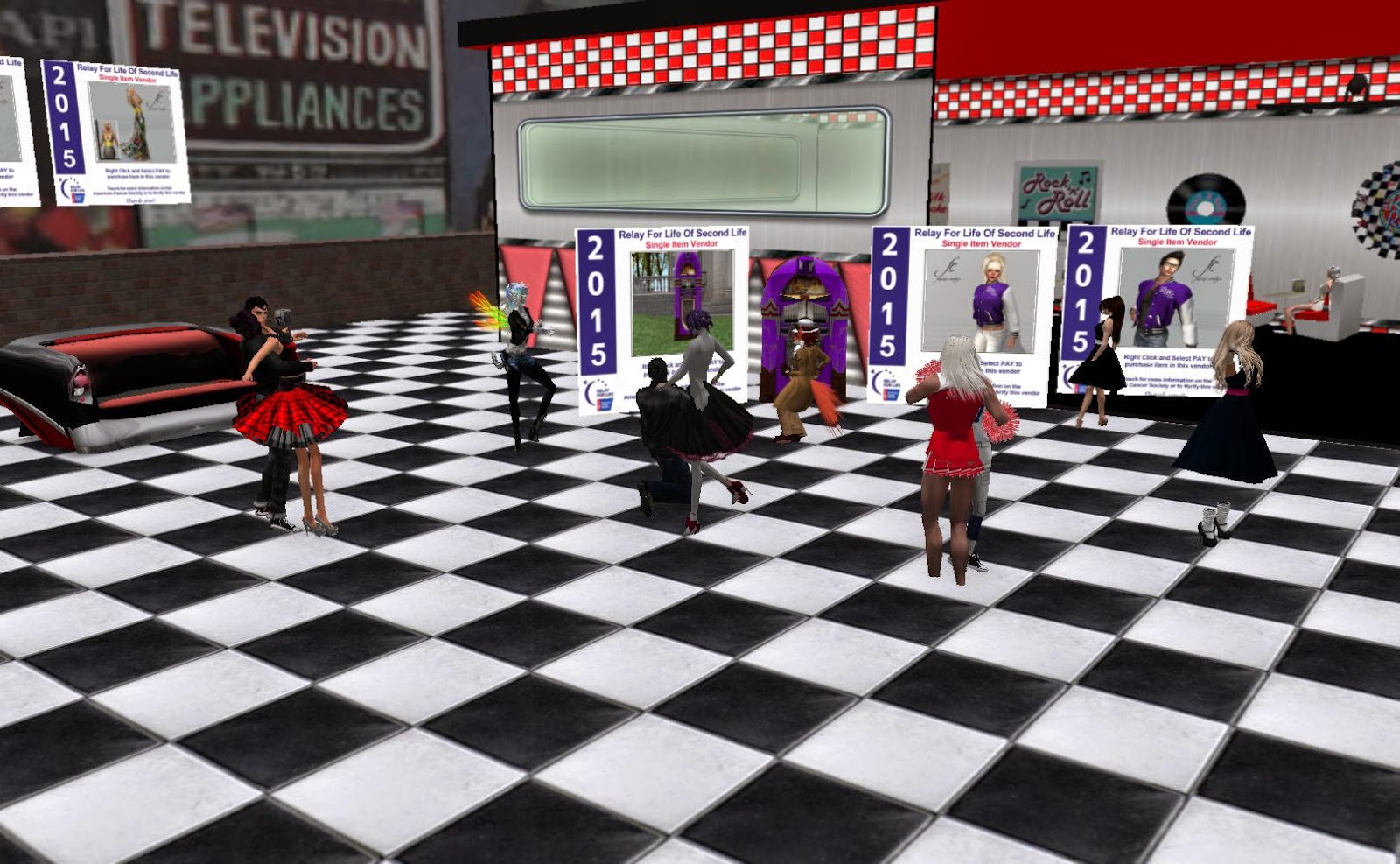 The last weekend of March 2015 had a number of Relay events. On Saturday, there was a 50s "Sock Hop" that brought in some Relayers to dance to some older tunes. 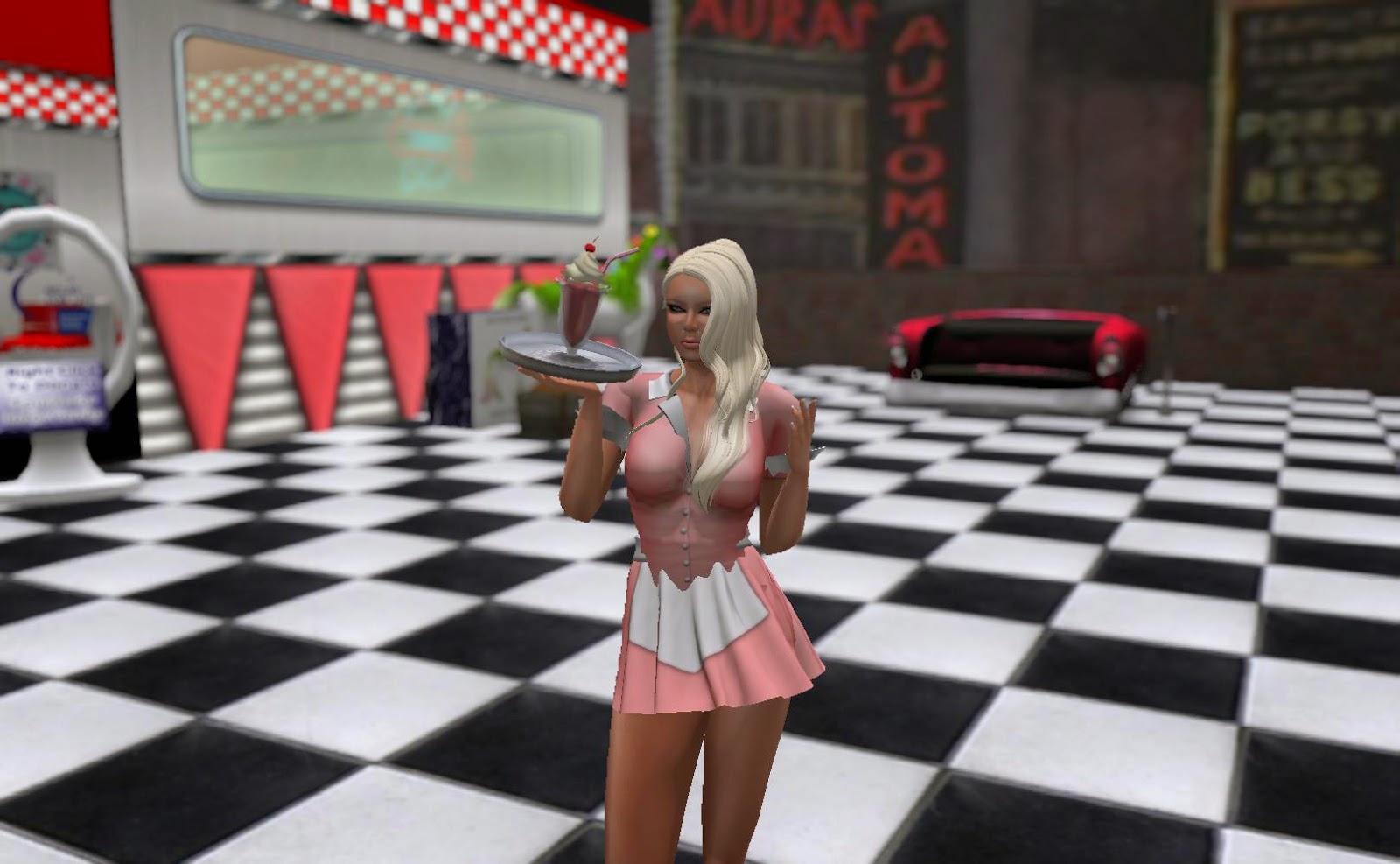 We are hosting a multi team event, BYOK for a Sock Hop!! We are hoping in our delorian time machine and heading back to the 50's for a Sock Hop. Put on those bobby socks, saddle shoes, poodle skirts, slick back your hair boys. Wear your white tshirt and best denim jeans. We are going to twist and sway to the music of DJ Scorpion while his Hostess Anna welcomes you to our 50's diner serving up all the classics. 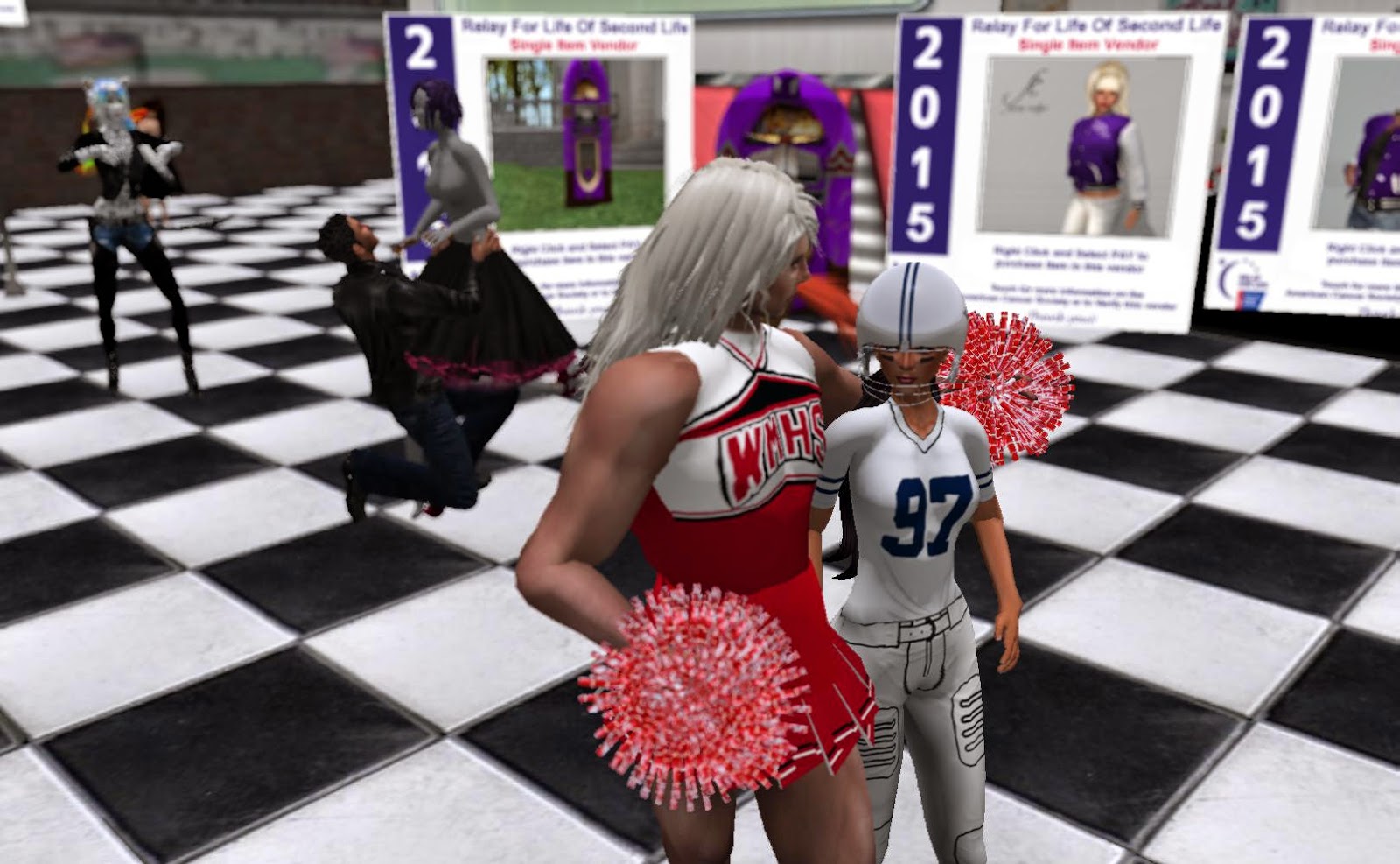 One couple decided to get a little odd ... the cheerleader seems a bit small in the "pom-pomps." 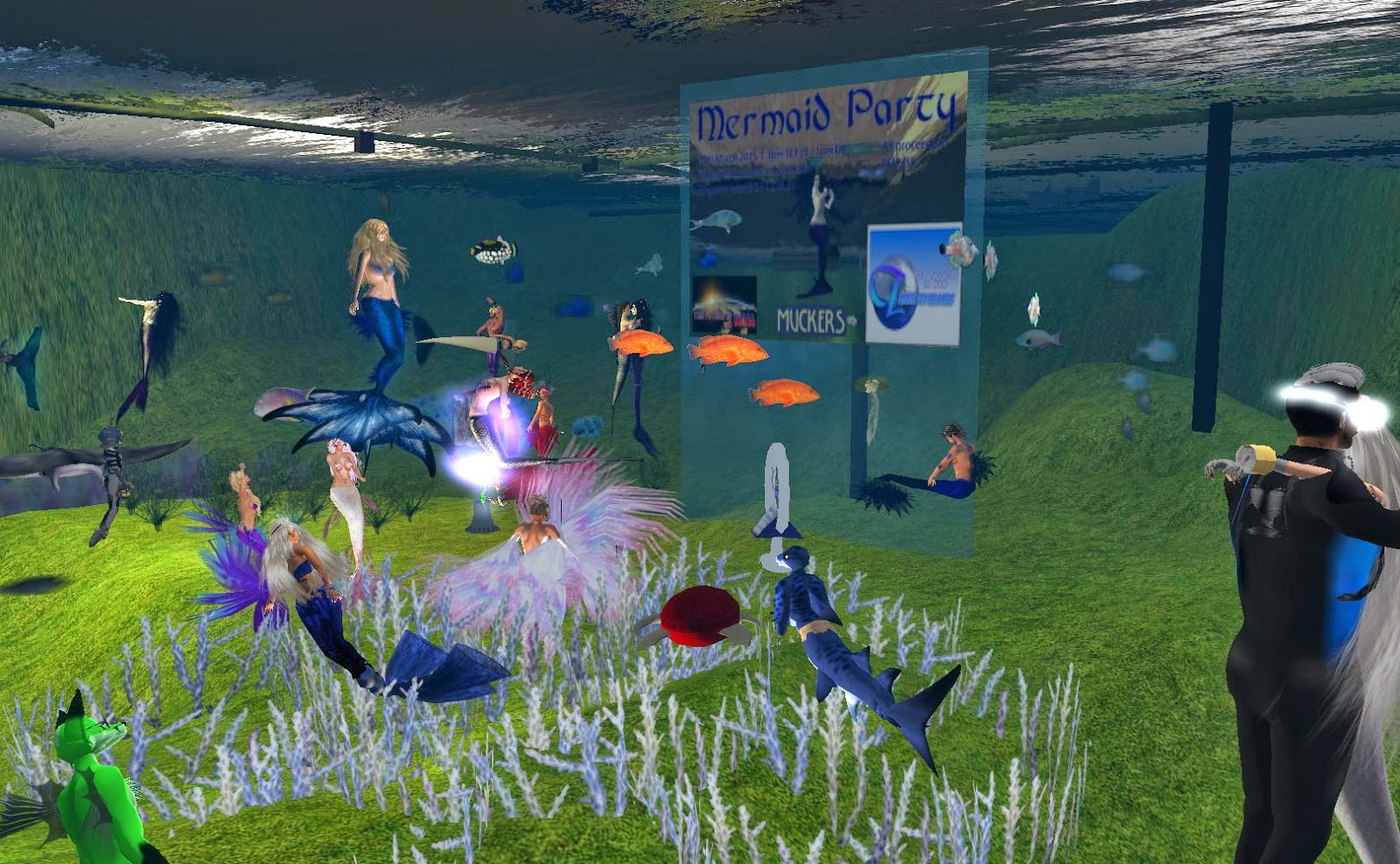 One event I checked out on Sunday was the "Mer Party" at "Muckers" In Kingdom Island. 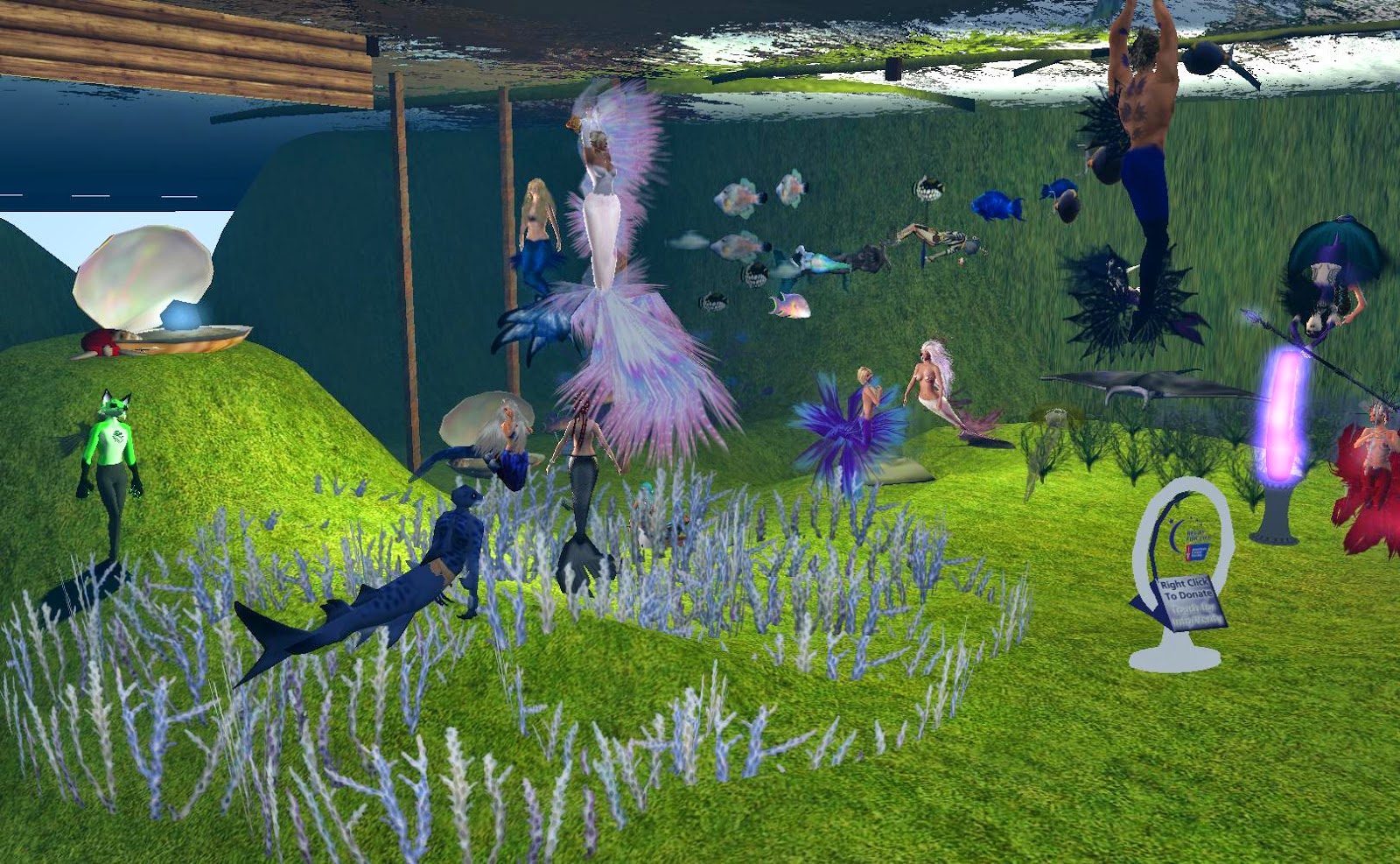 1pm to 3pm slt! Muckers Music is proud to present their mermaid / merman party in support of Relay For Life of Second Life.  We will be under the club so come as a mer or wear scuba gear!  Water related rock tunes are the order of the day and both single and couples mer-dances will be available. 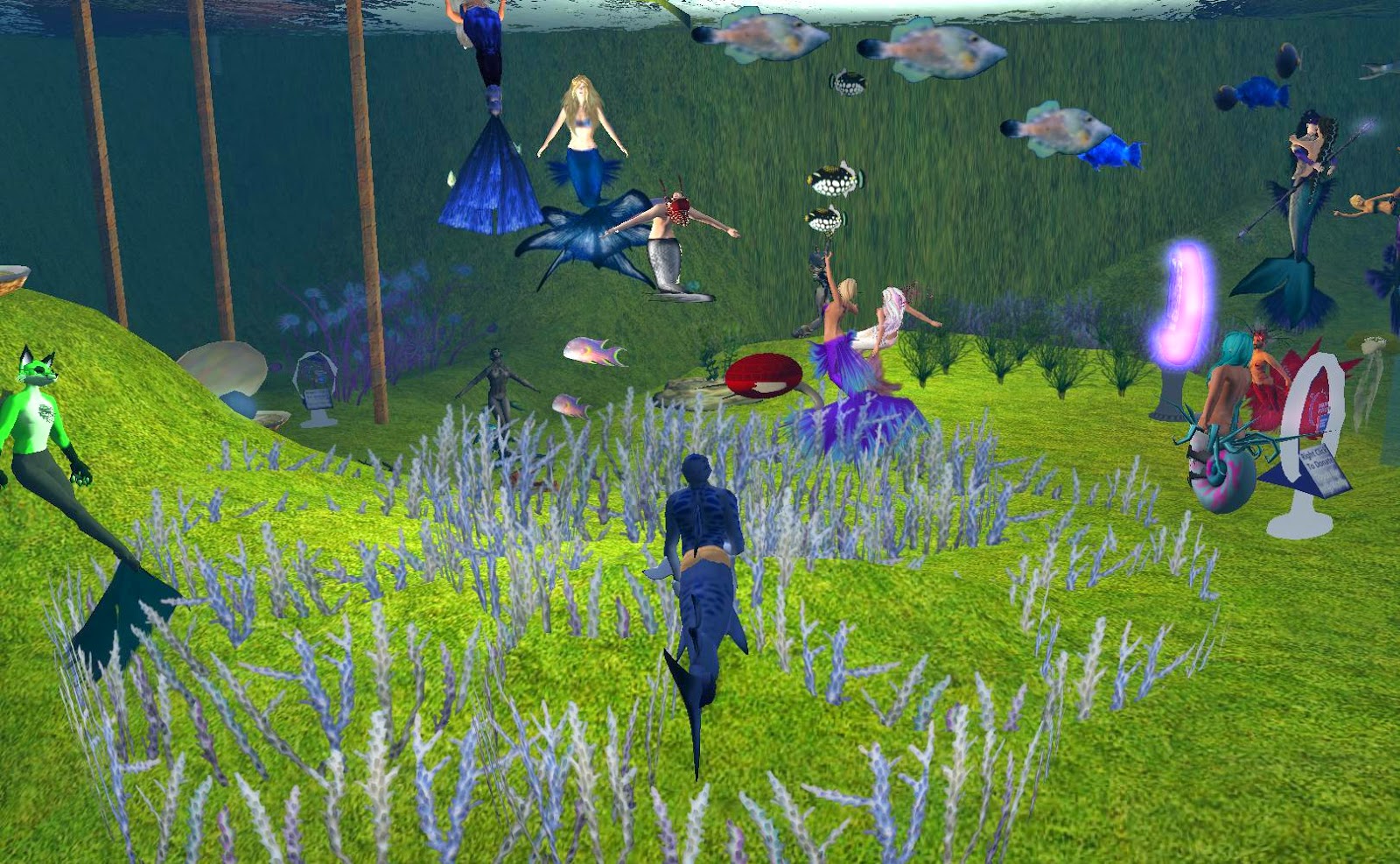 Lots of mermaids and mermen showed up, as well as a few normal humans in scuba gear and an anthro shark. Gemma Cleansate and myself were among those there. 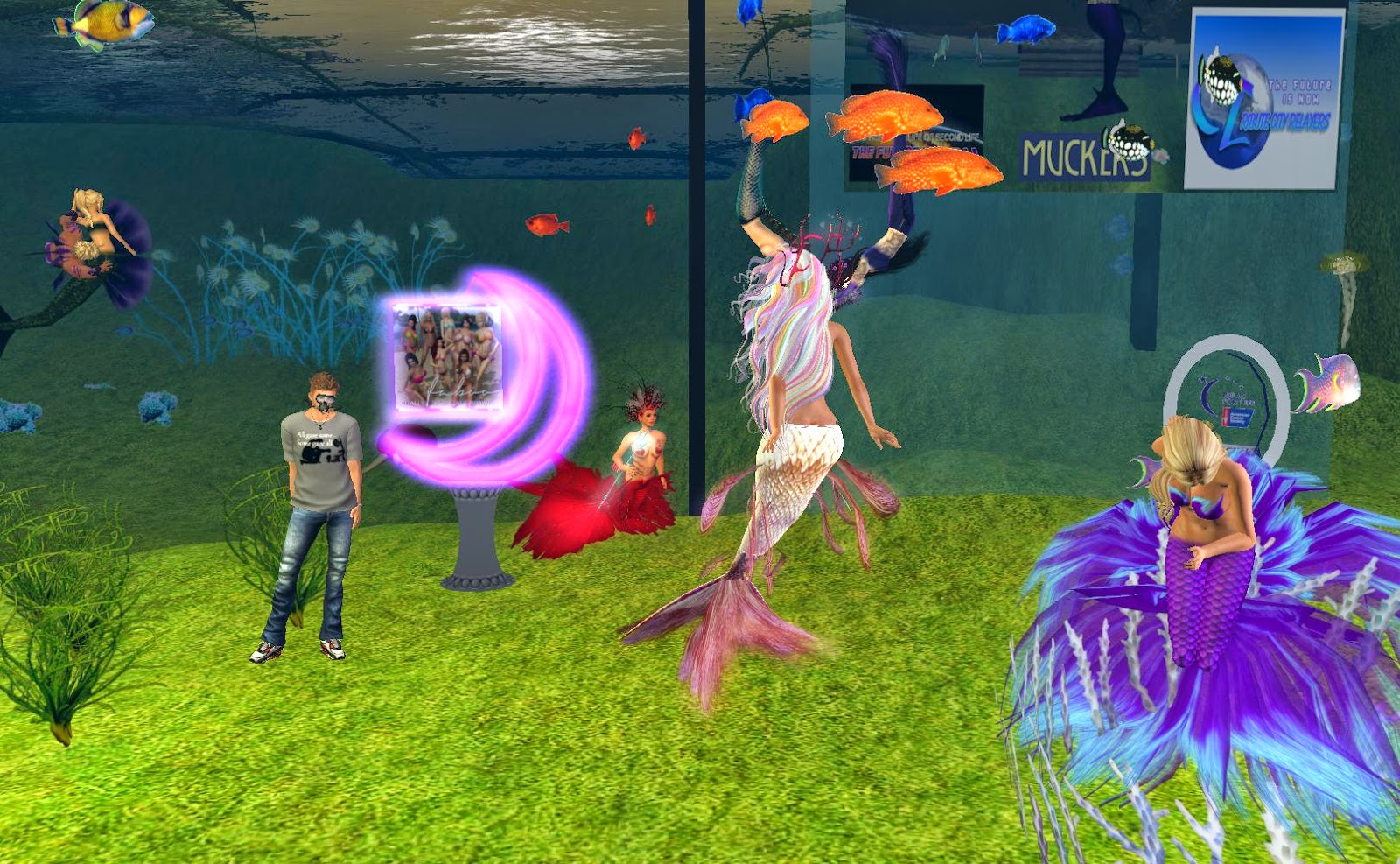 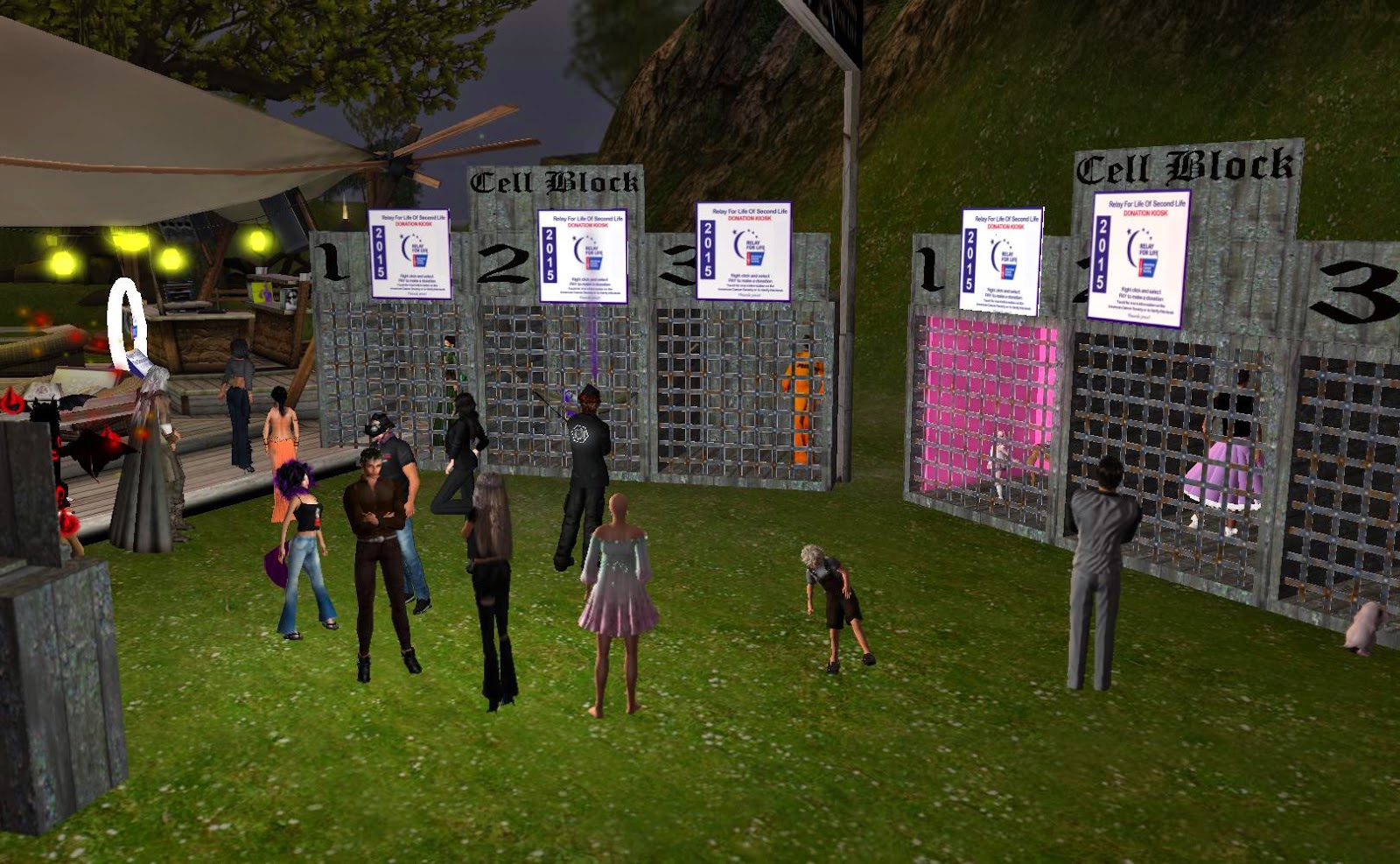 Later that day was the "Jail and Bail" by team Strange Journeys, done with the Gorean team. 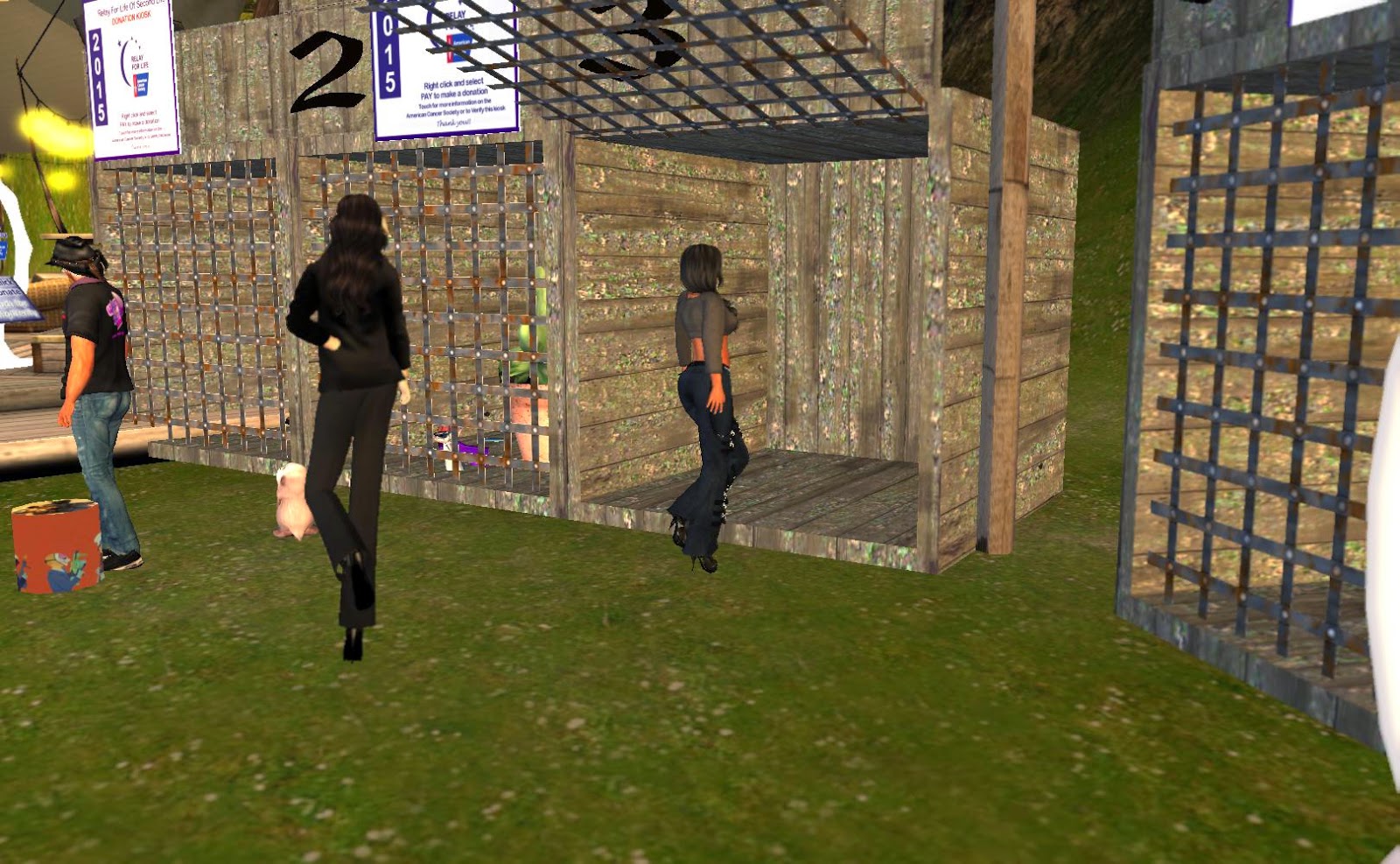 Team Strange Journeys and The Goreans in Relay for Life are hosting a Jail and Bail on Sunday March 29th beginning at 3pm.   It's a Bring your own kiosk event and we invite any team that wants to come and participate.  Won't you join us to beat Cancer? 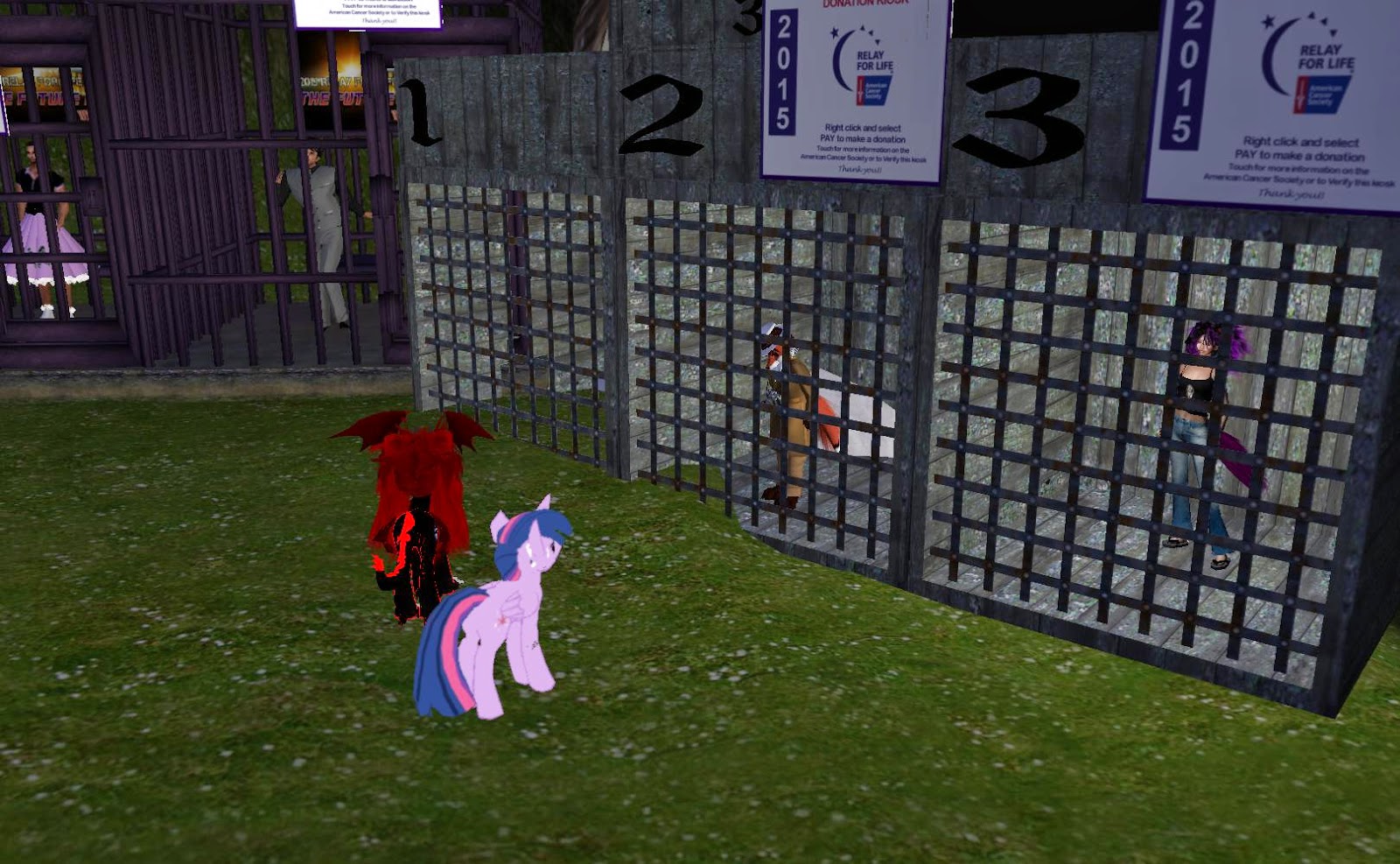 There were a number of antics, such as a dalek in one of the cells, Cuddly Waffle painting the walls in her cell pink. And then yours truly gets thrown in the slammer for making "evily cute" remarks about Team Strange Journey. I'd been accused of my puns being criminal before, but ... 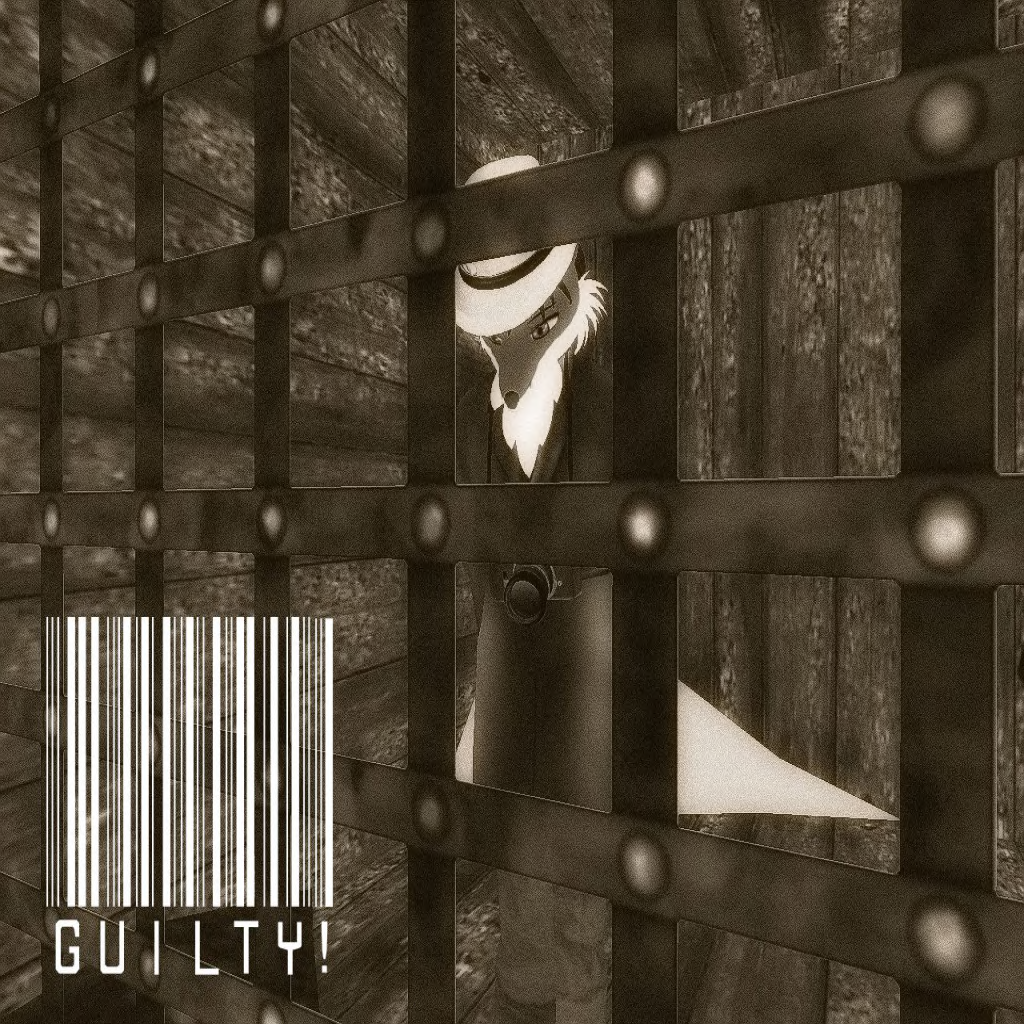 And Cuddly decided to rub things in by posting this to the Relay group.

So I sent a message to my fellow Sunbeamers, "Whatever happened to "Freedom of the Press?" I go to cover a Relay event, and I end up in the slammer. Something about my puns being criminal. 4600 left to donate to Team Sunbeamer before I'm out. "

Saffra Nitely dontated a few hundred to bailing me out. Rita Mariner came by and took care of the rest, which had the side benefit of sending the Sunbeamer Team halfway to silver. 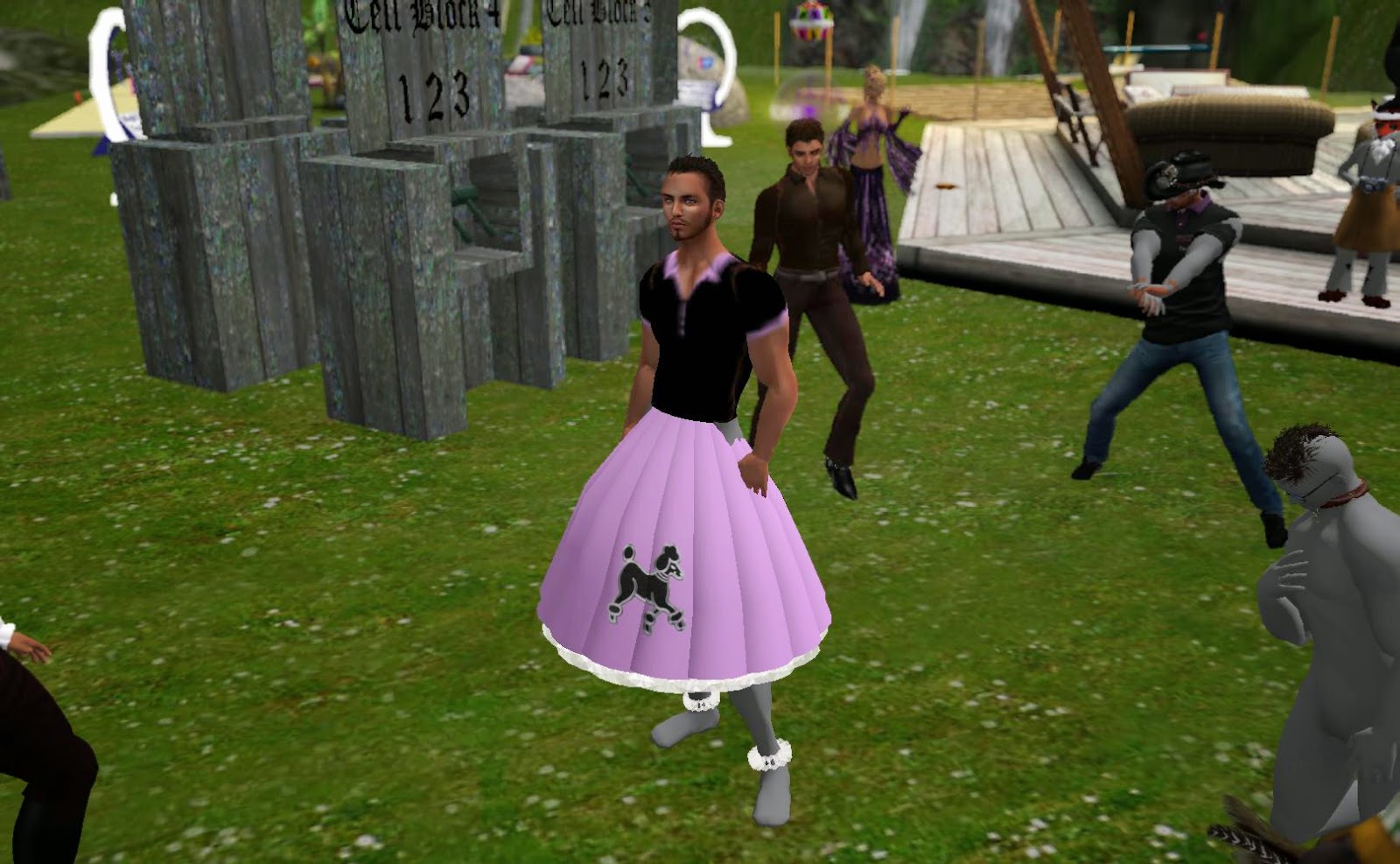 The antics continued for a while. One guy whom had put his dignity on the line in a "Bid Me" event by wearing a poodle skirt after a certain amount was raised had to undergo further treatment after the fashion police donated to have him arrested.

Lots of fun took place that weekend, and a good close to the first month of the 2015 Relay season.