Relay for Life: "Stand Up Against Cancer" And Harmony For Hope's Egg Decorating Contest 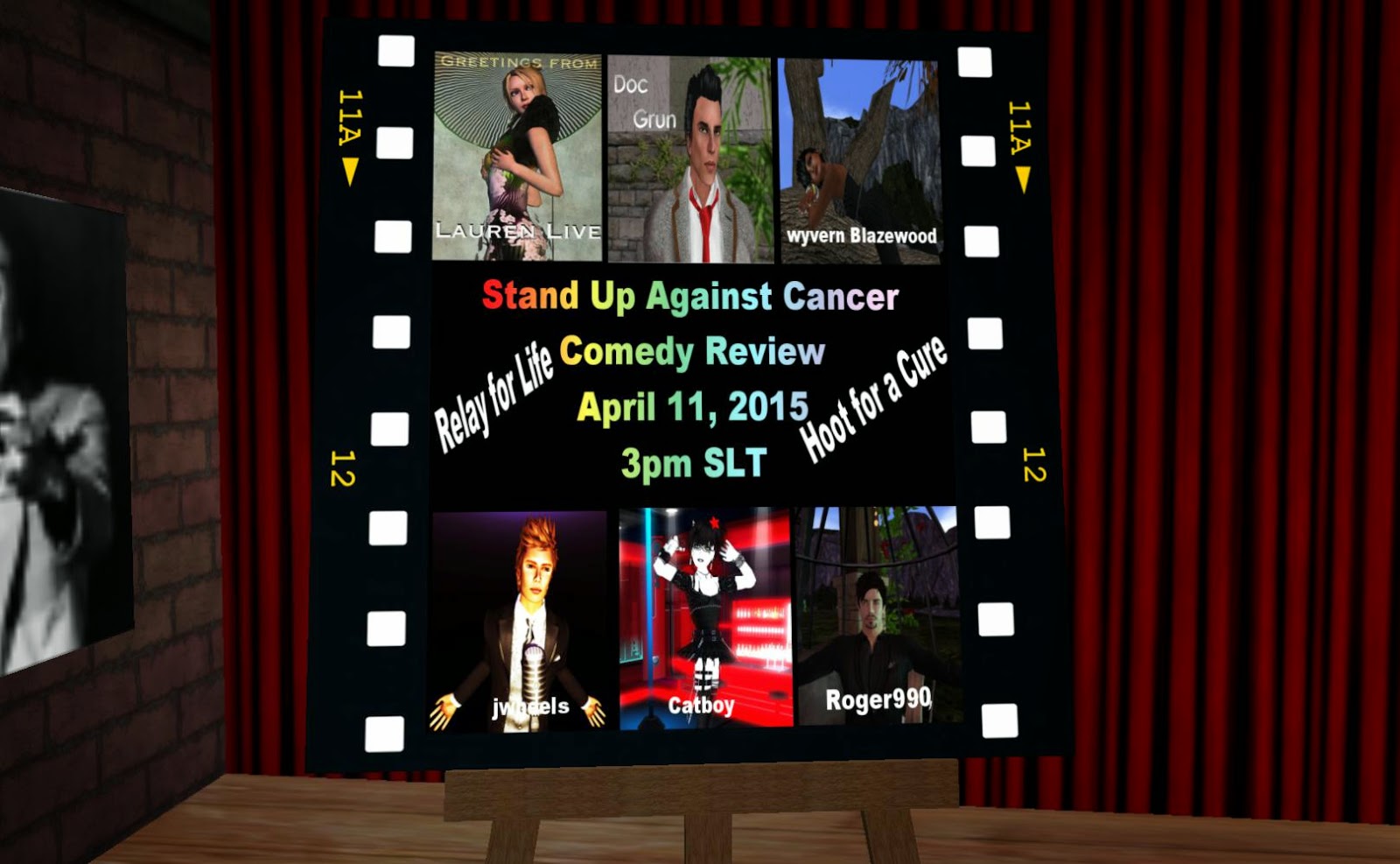 The weekend of Saturday April 11 and Sunday April 12 had a number of Relay events, from music and dance parties to swimming parties, and more. Yours truly had time to check out only a couple. One that got my attention was a stand-up comedy act by Lauren Weyland, one of Second Life's most noted comedians. The event was for the Hoot For a Cure Team, captained by Catz Jewell, and was at 3PM SL time. 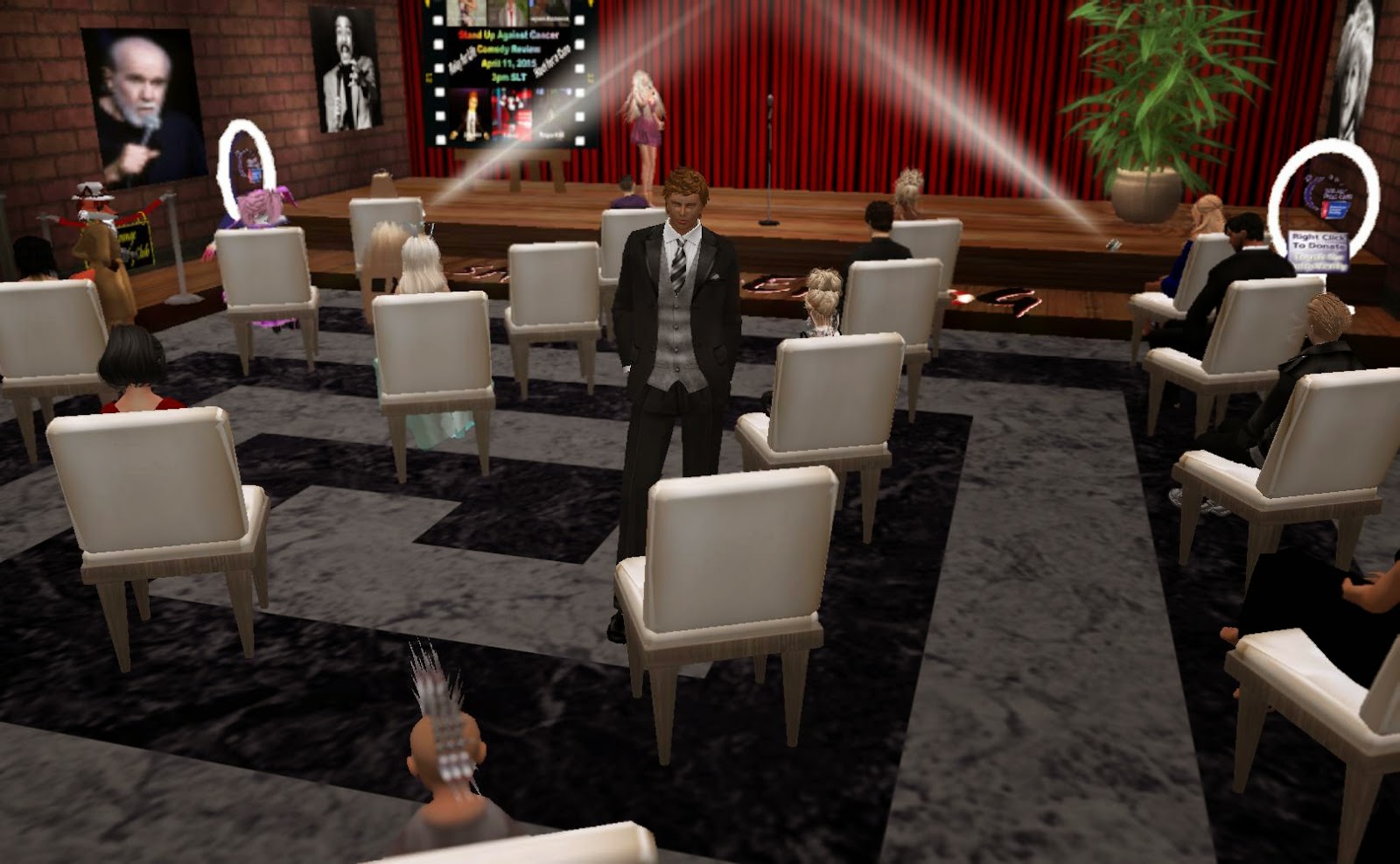 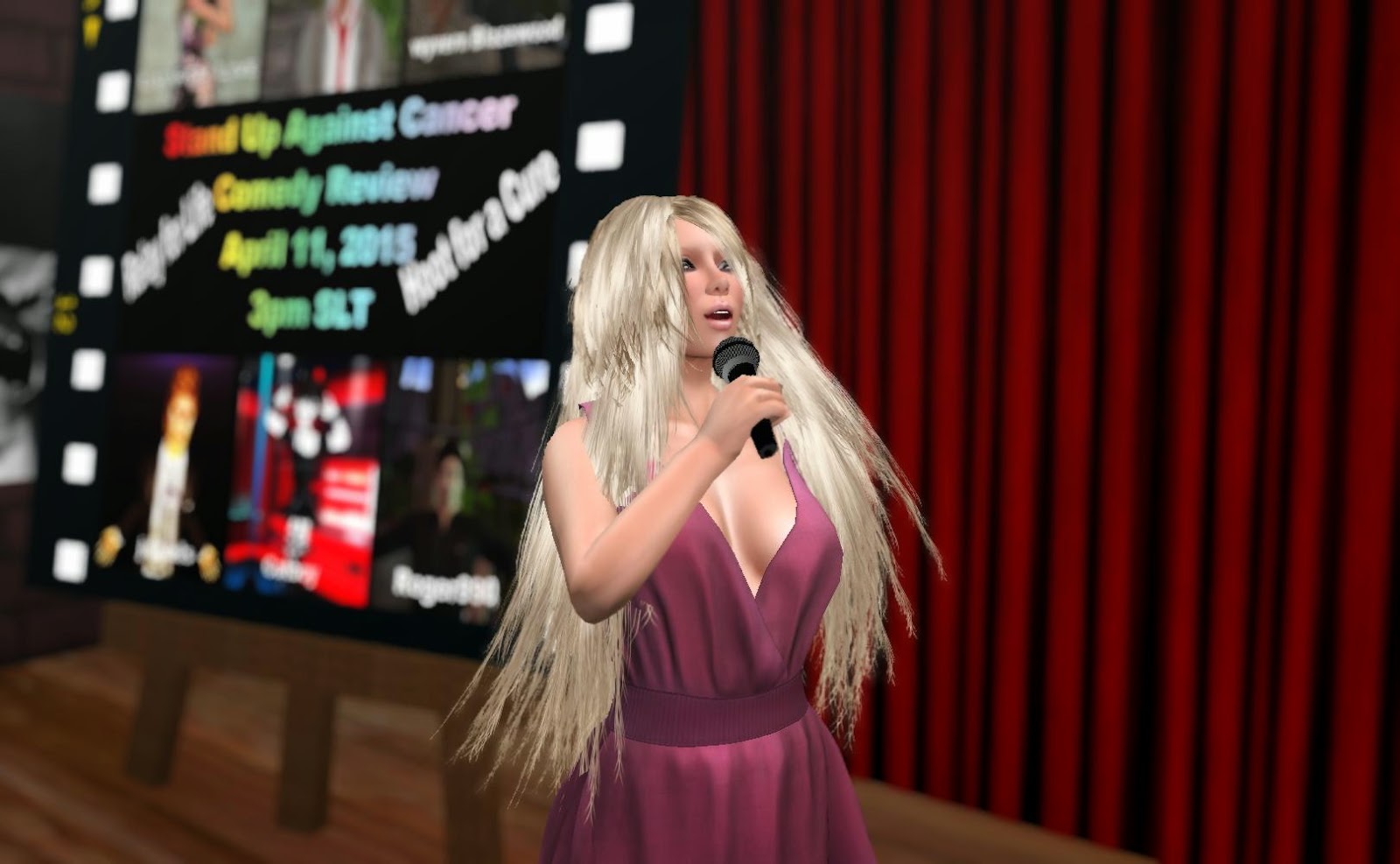 The event was in voice, so the chat was almost all responses to the comedians, which was mostly chuckles and the occasional counter-joke. Among the things Lauren herself joked about was the Avi Choice Awards, suggesting perhaps there should be awards given out for whom had the most alts, who had the most convincing gender-bender, and other categories that drew chuckles. 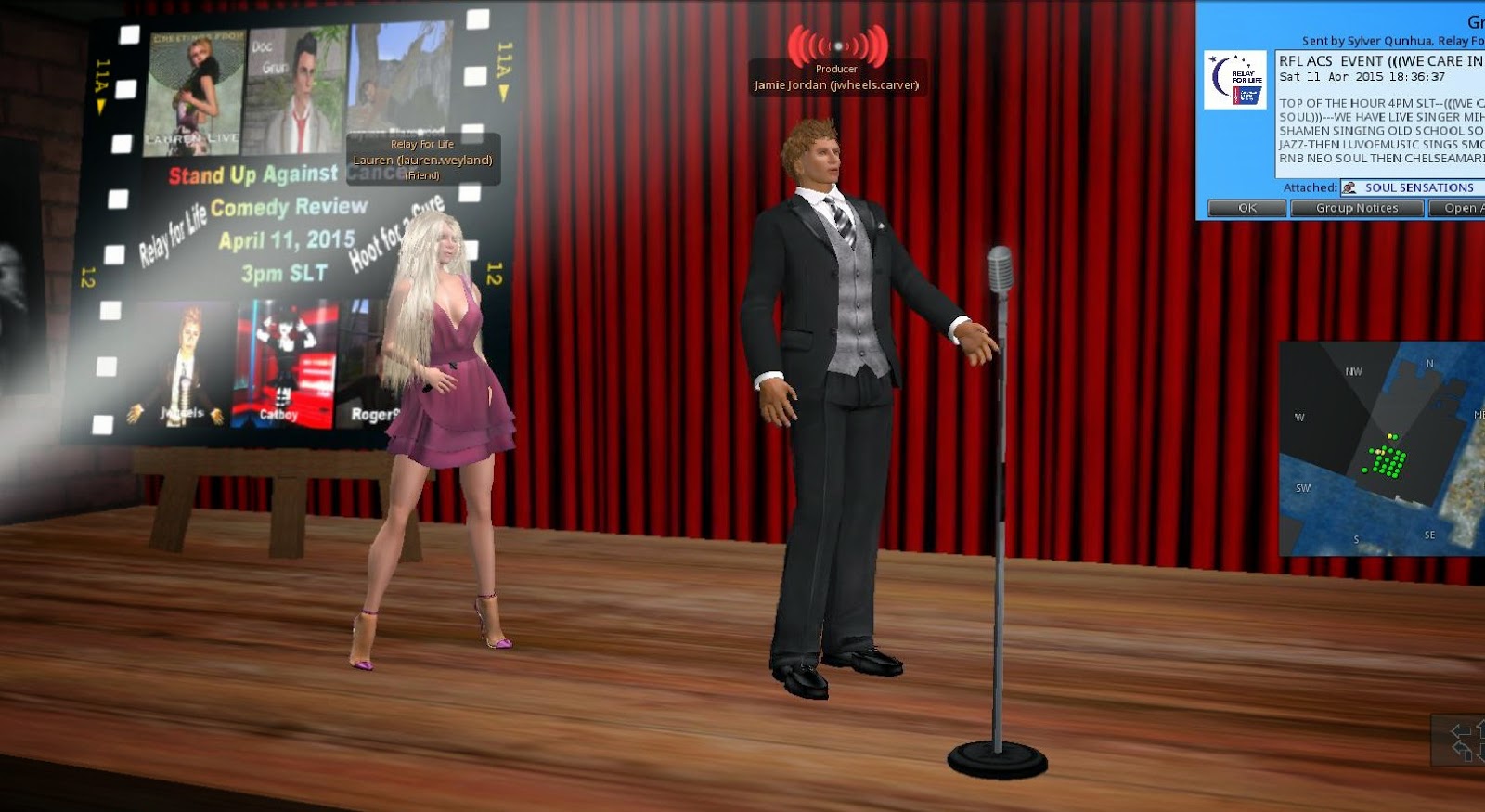 Besides laughing at Second Life's shortcomings, Lauren and other comedians also poked fun at Hillary Clinton announcing her run for her party's nomination for the Presidency. 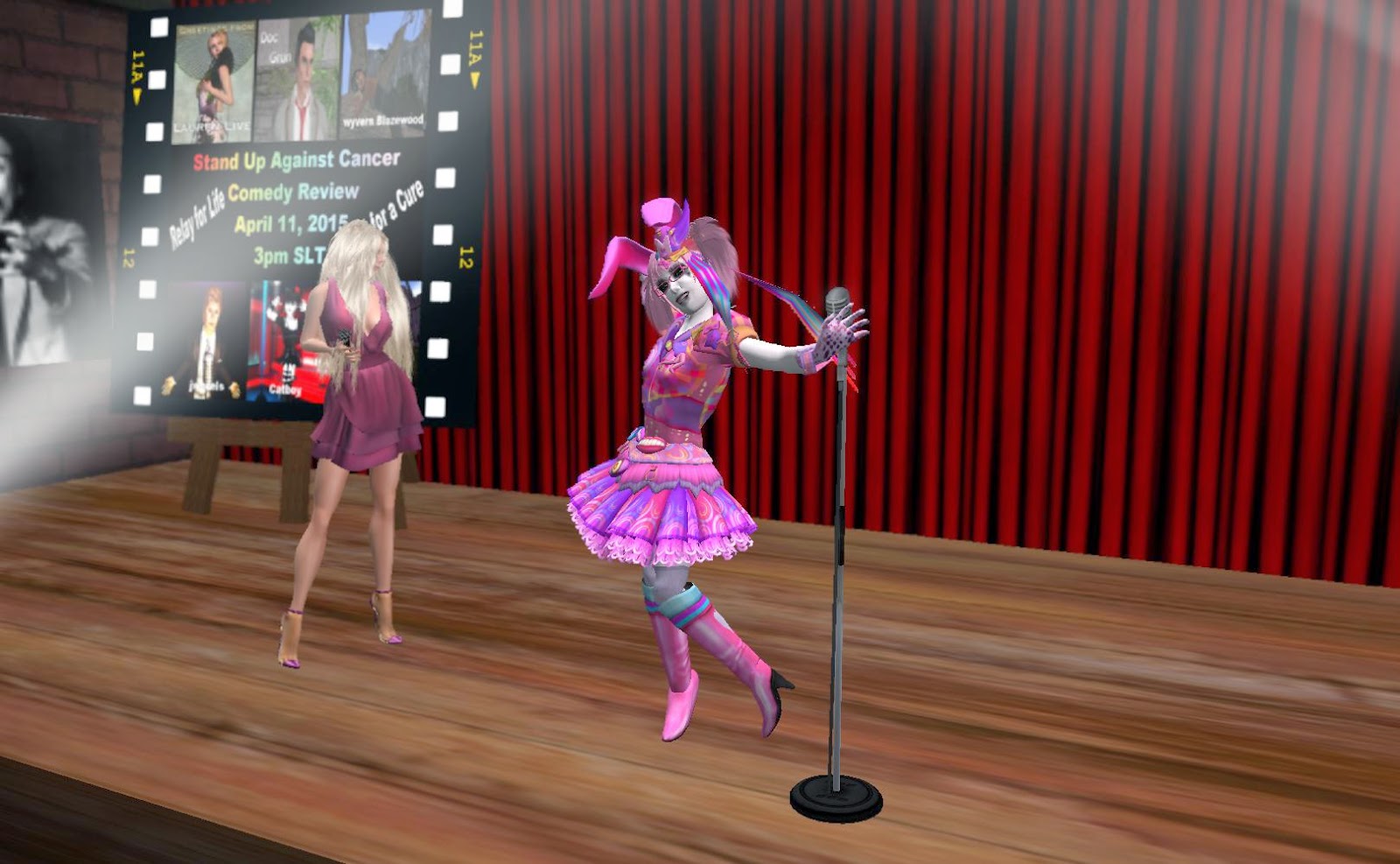 Lauren was followed by Catboy, whose colorful pink outfit was a contrast to her usual dark garb. 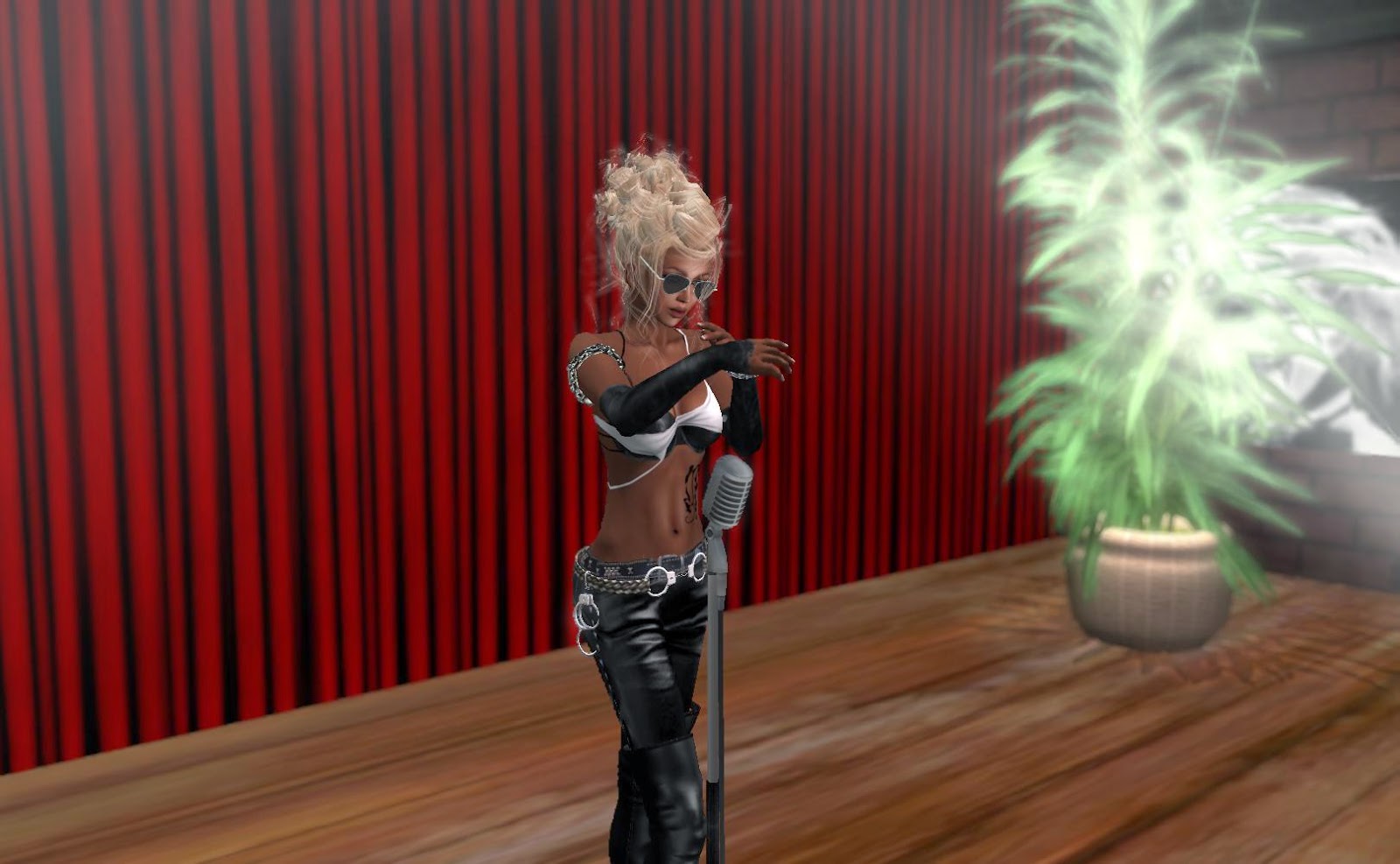 Wyvern's act was the most provocative, skirting the event's PG limit, and the comedienne herself apologizing on occasion for crossing the line. 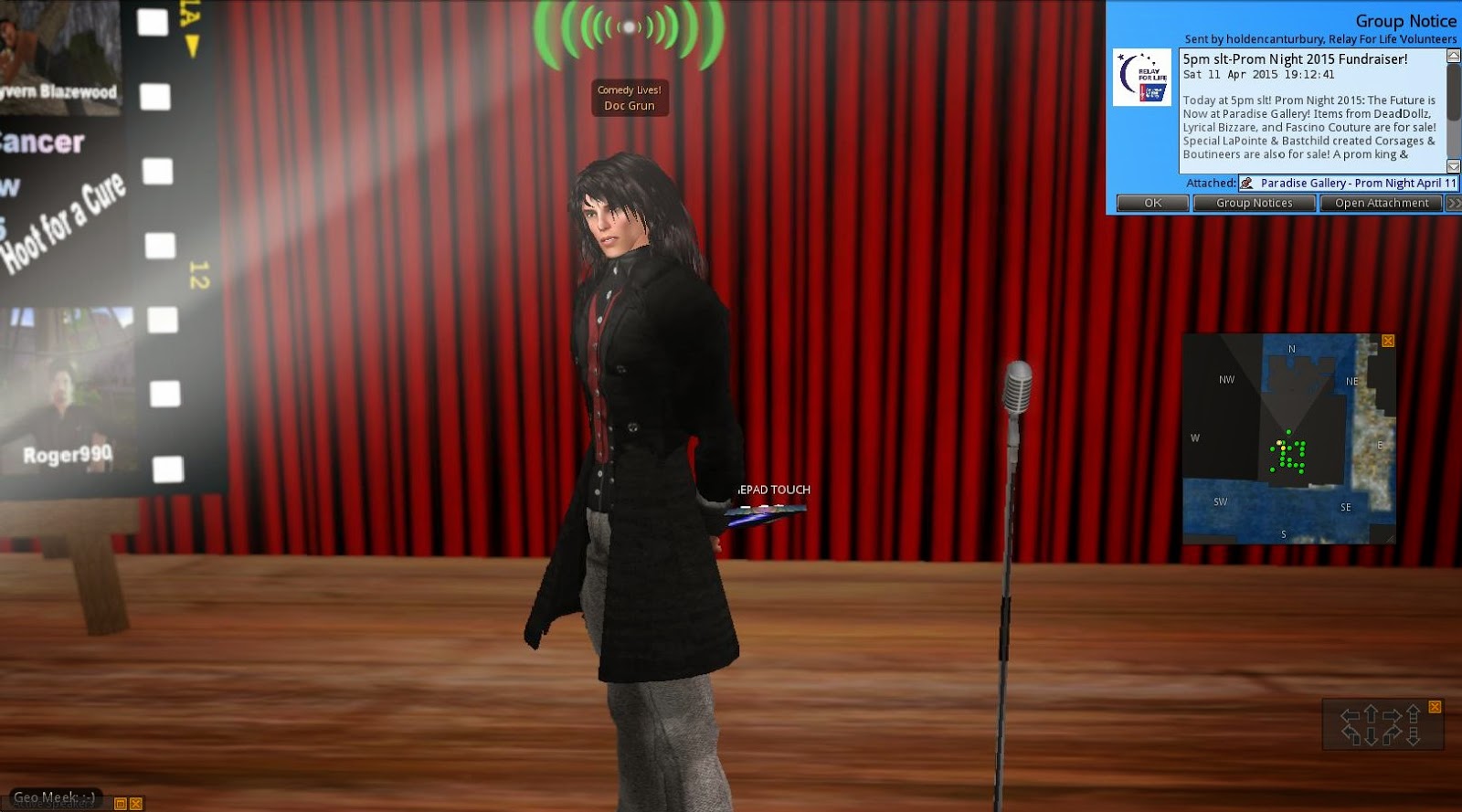 Doc Grunn's act involved a prop, a tablet with a freebie Siri clone he called "Siriously." But the ap in action had him going, "Seriously, Siriously?" much to the chuckles of the audience.

After the event,  JerryDon Lane told the Relay group, "Thank you so much.....over 10 grand was raised for a great cause."

Lauren Weyland performs regularly every Tuesday evening at 5PM in her venue in the Cookie sim. 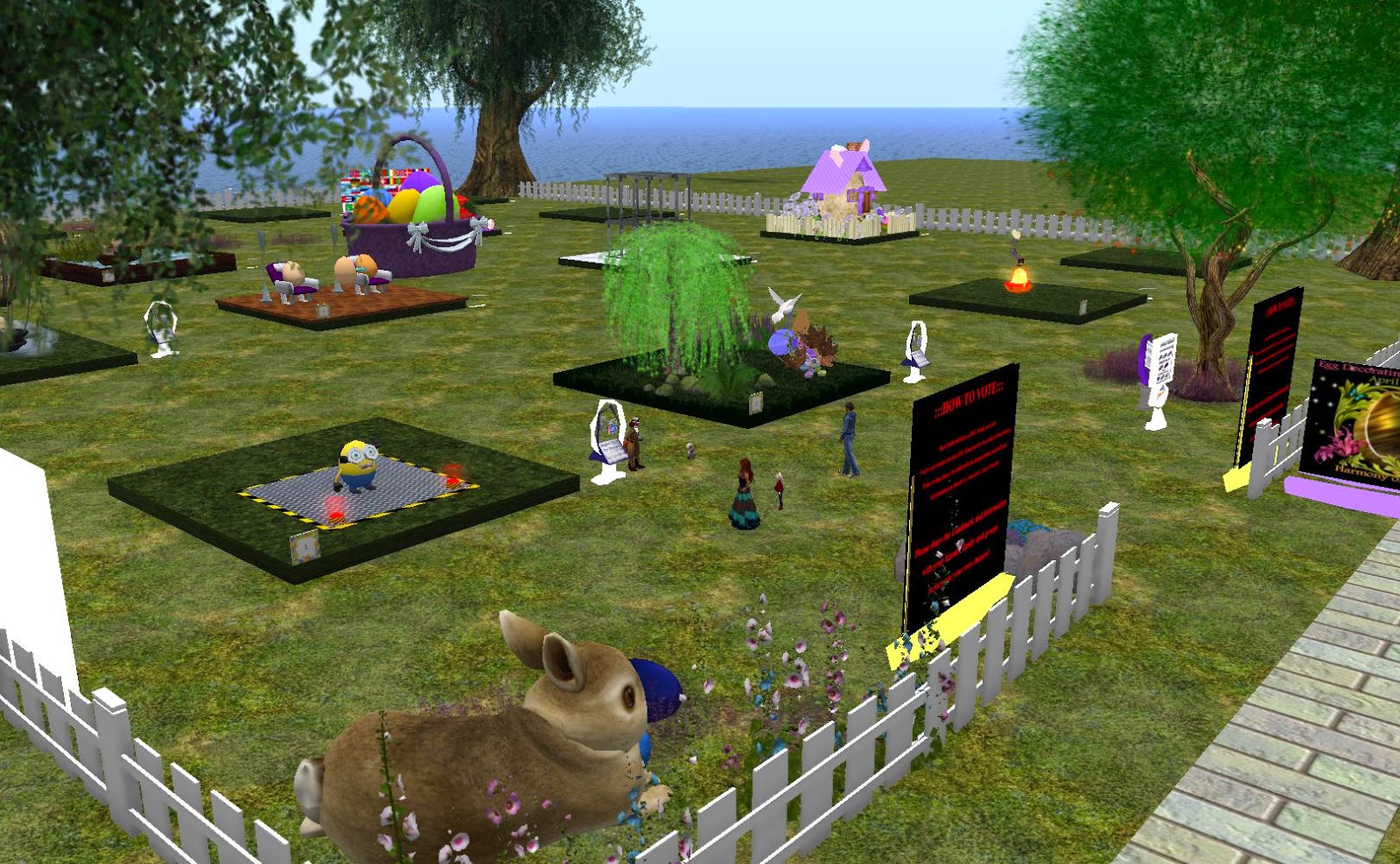 The weekend was also the occasion for Team Harmony of Hope's Egg Decorating Contest. 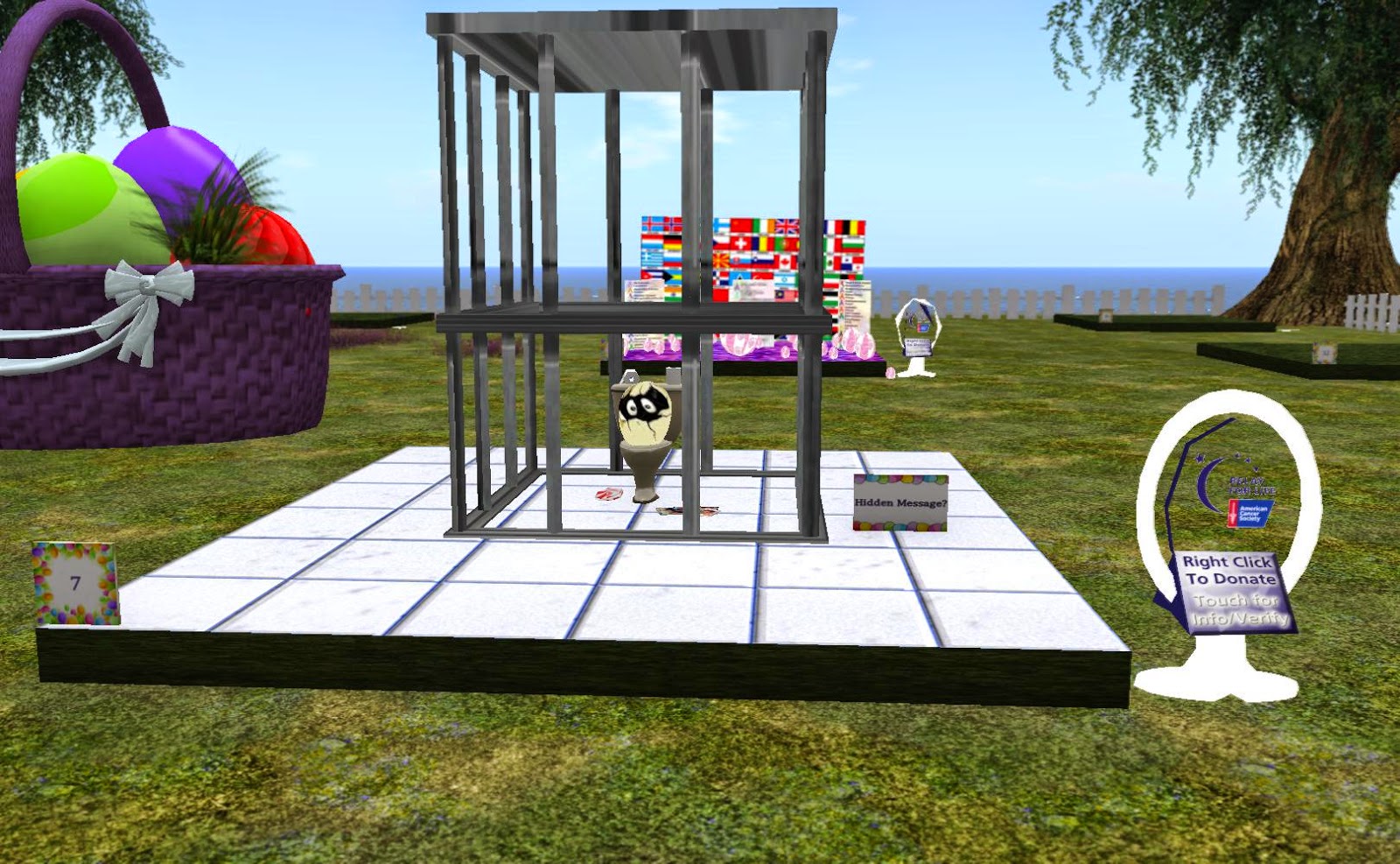 The contest was open to entries all day Saturday and Sunday up to Noon, the builders paying a 200L fee apeice. Voting began at 5PM SL time. 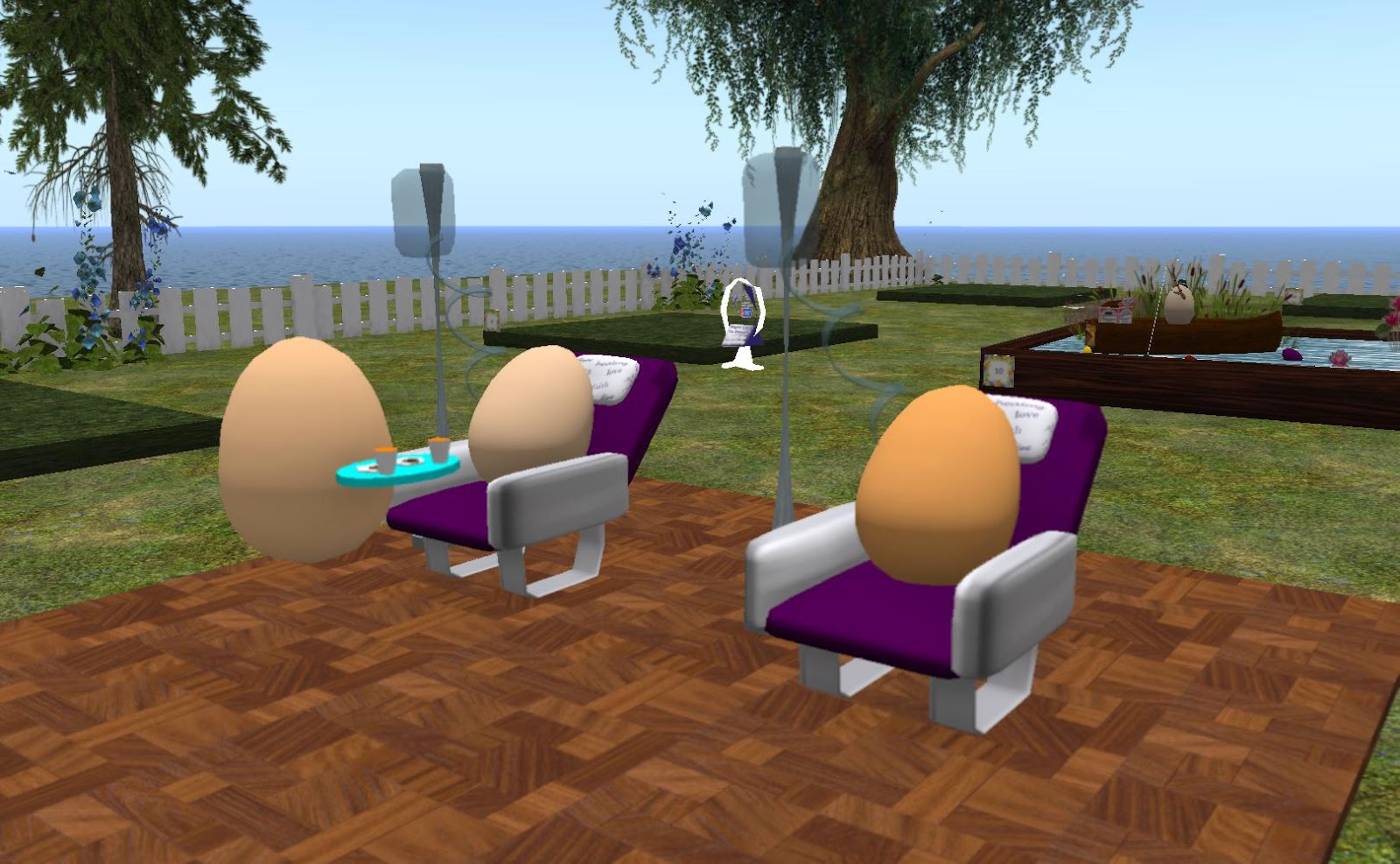 There were a number of entries, each involving an egg in some form, some more than one. 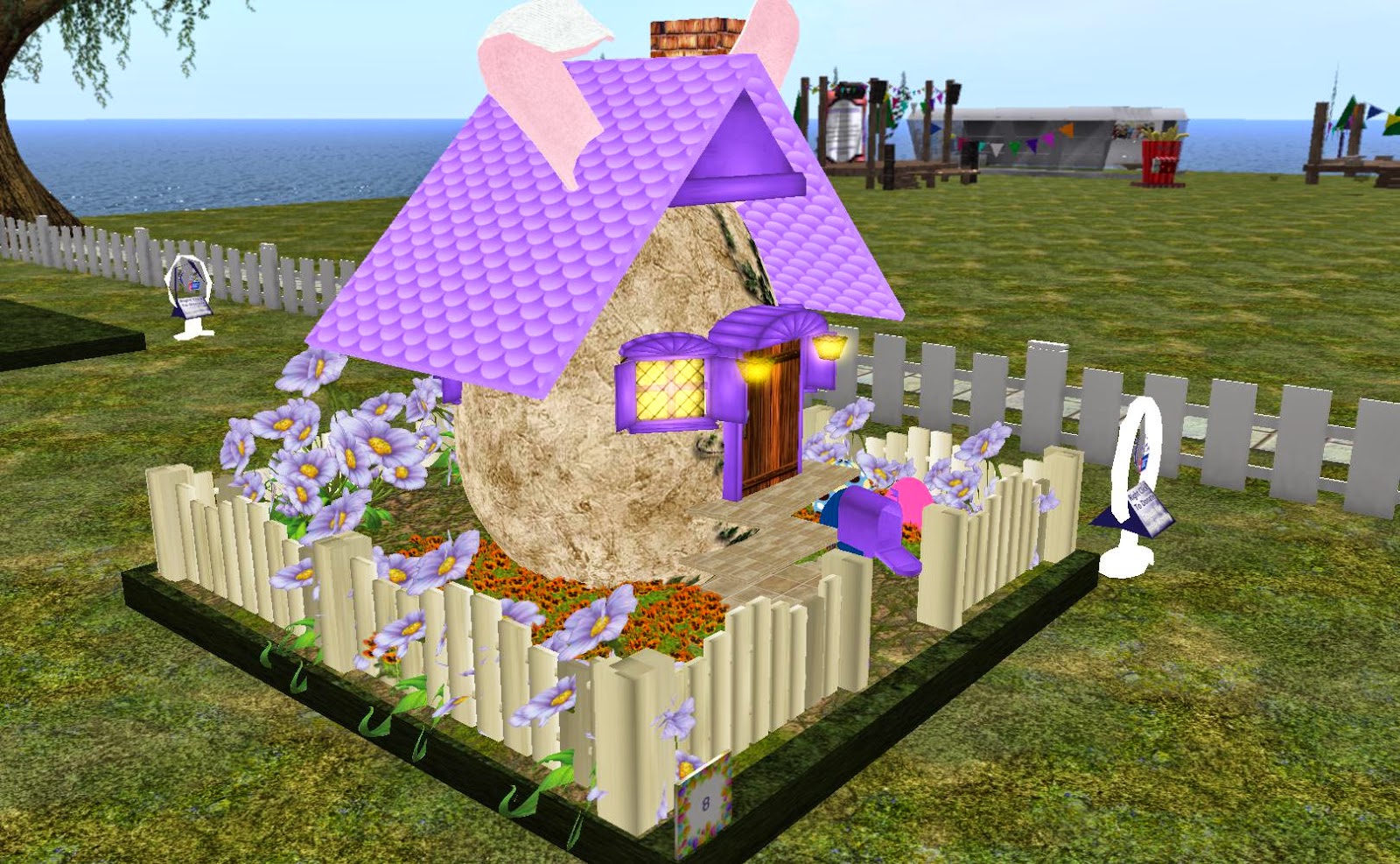 People voted by donating money to a kiosk next to the exhibit. 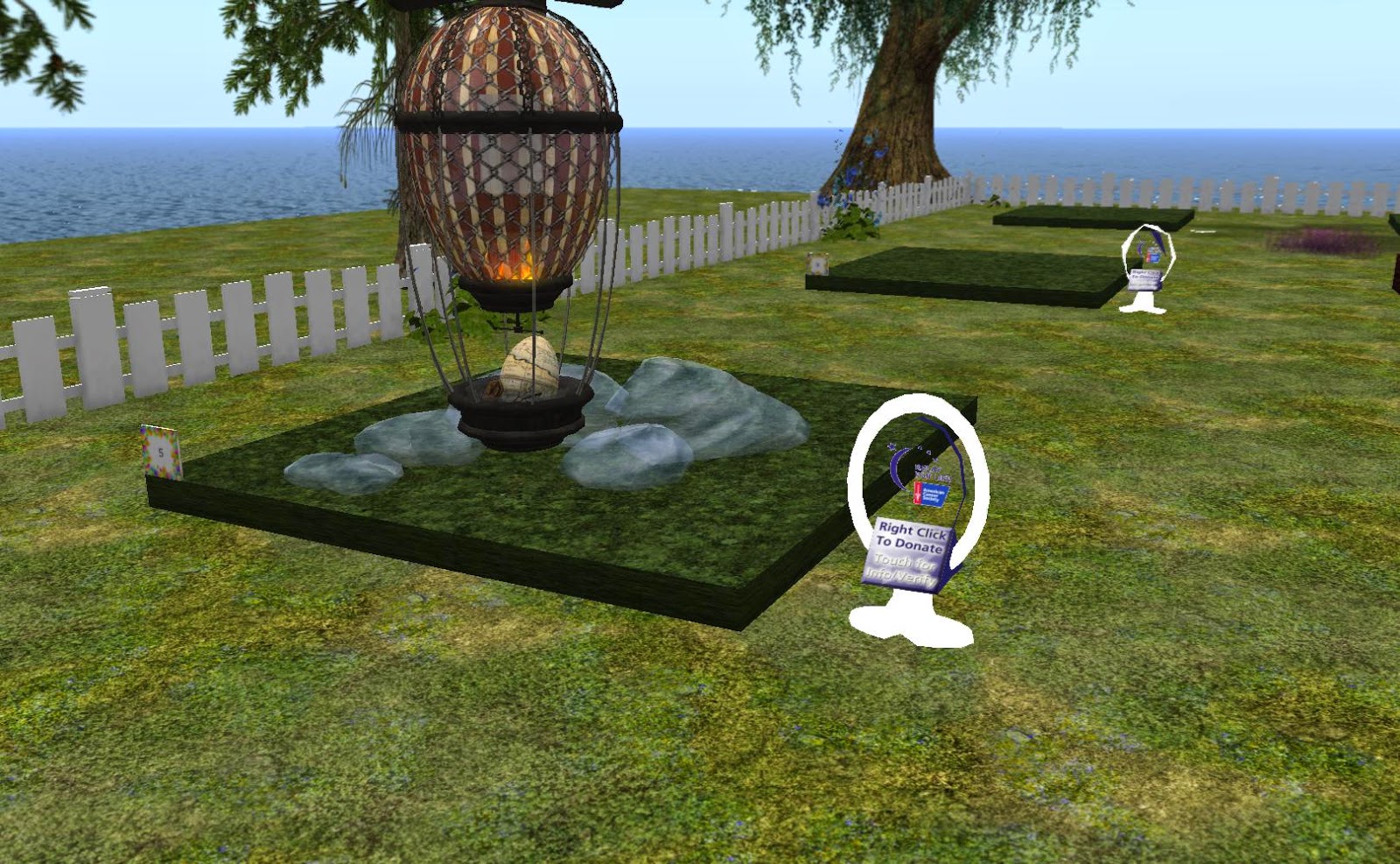 Builds had a 35 prim limit, and could only be about 10 in height at most. 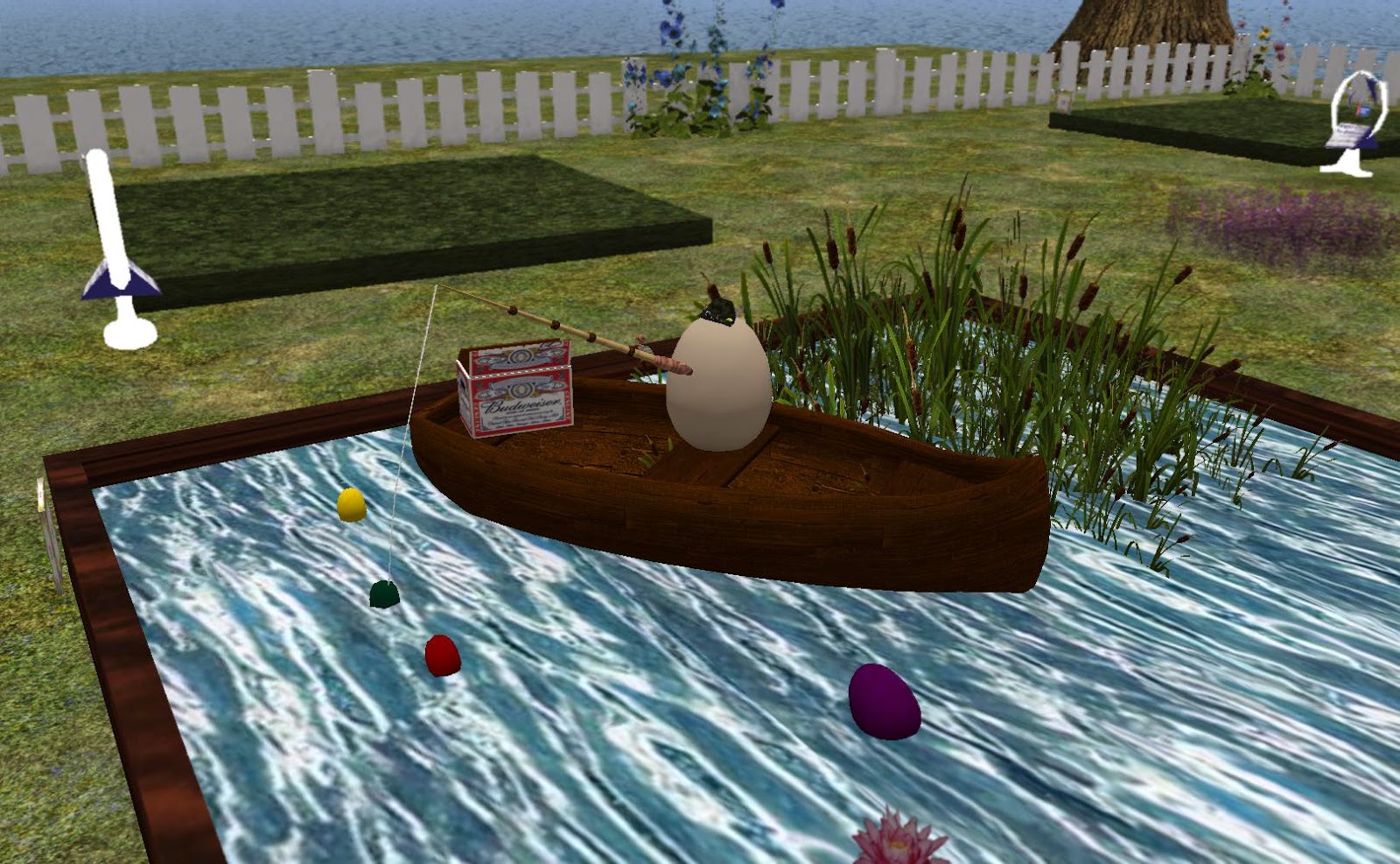 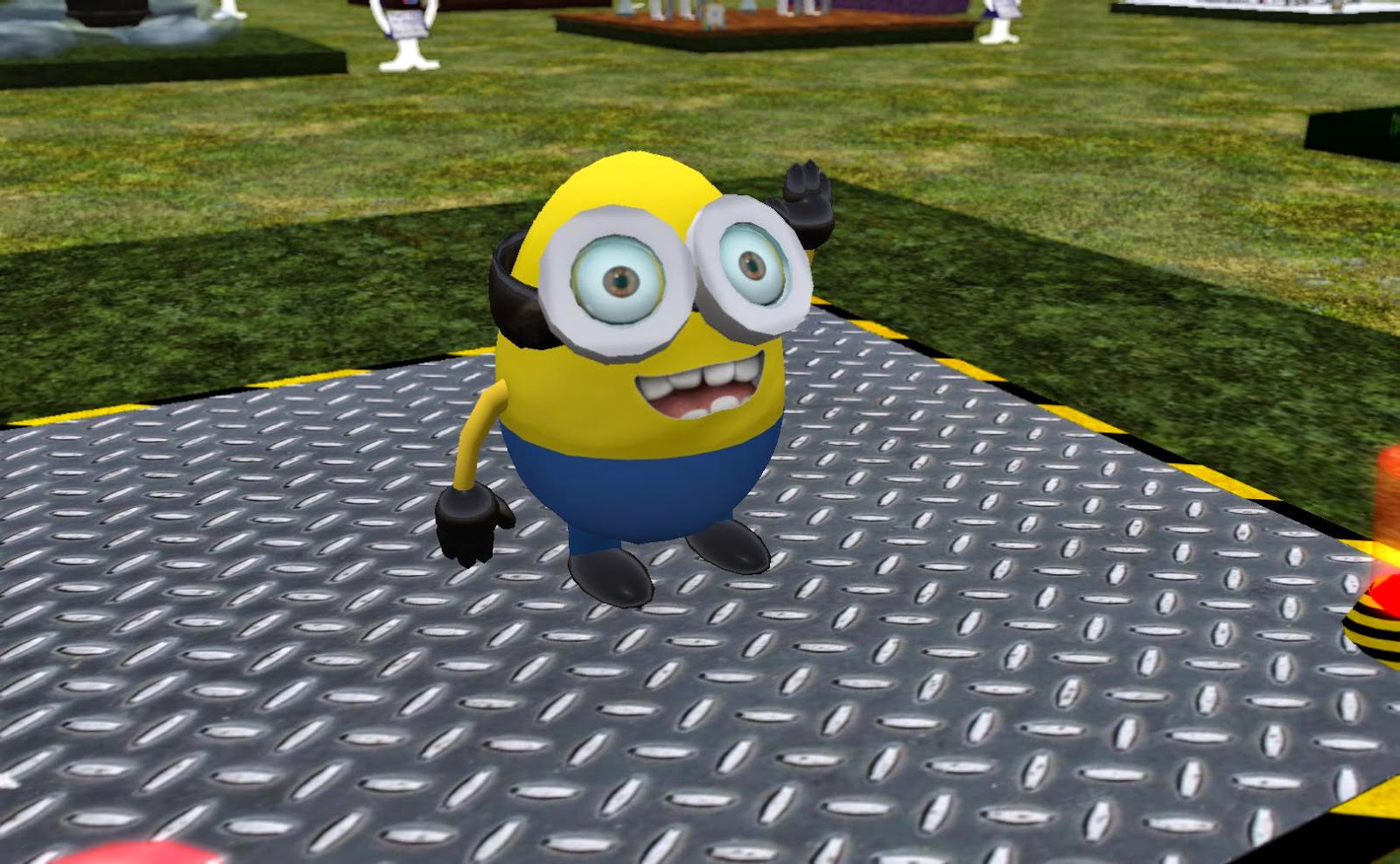 The winner was Cuddly Waffle, whose "Minion" egg got $7000 in donations for her team, and the most of all the entries. 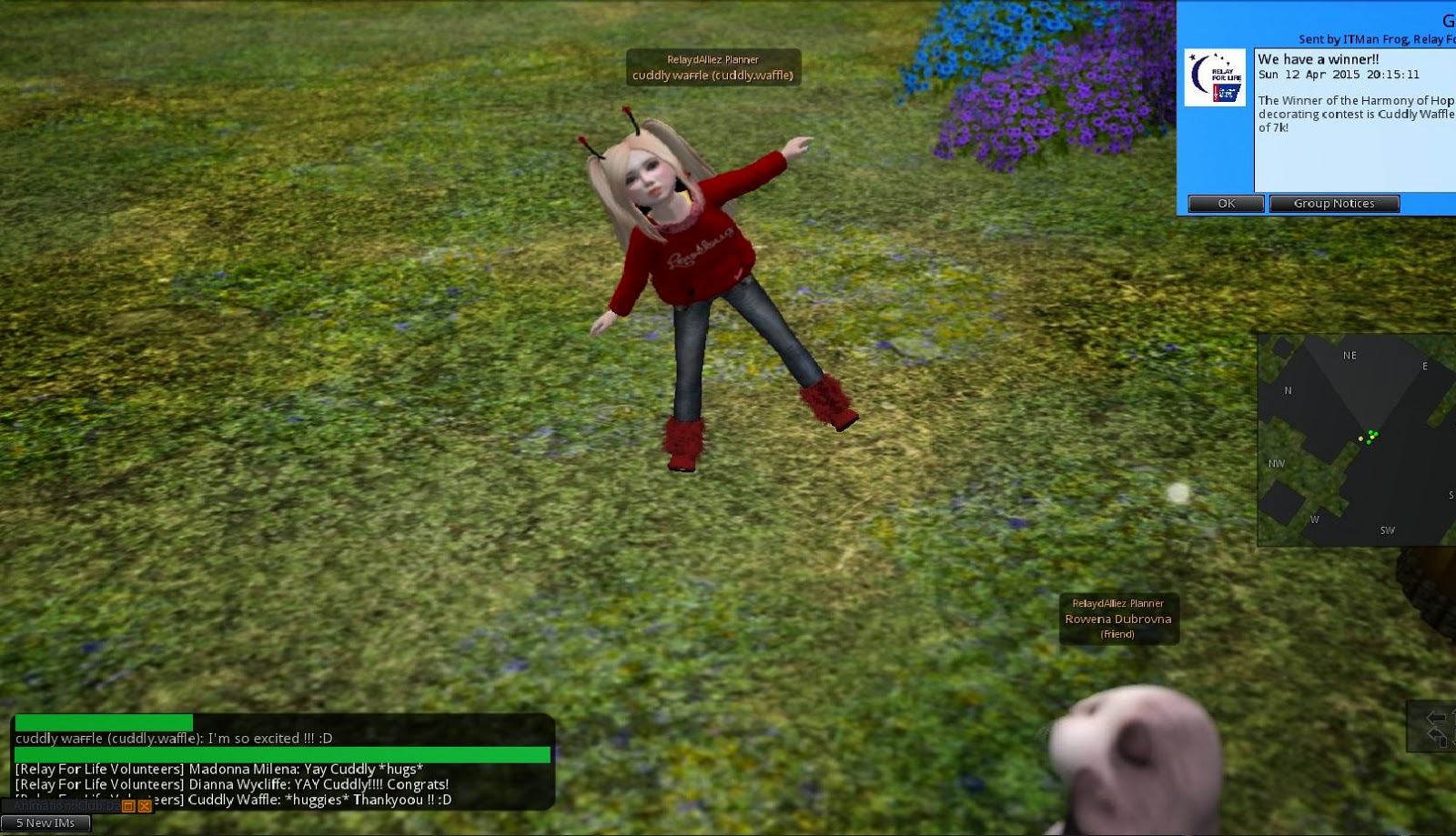 These were just two of the many events that weekend, of which the next one promised more Relay fun.