"Remembering Fimi" at The Happy Vixen 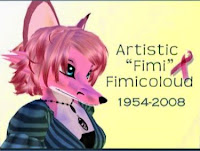 Gone but not forgotten. One notable Sunweaver, and Relay for Life member, several years ago was Artistic Fimicloud, often known simpily as Fimi. Going about in a pink vixen avatar, she was an artist whom enjoyed Second Life and her friends here. Tragically, she had battled cancer for a number of years and ended up passing away from the illness in 2008 at the age of 49. But she remained fondly remembered by the Sunweaver/Angels, and her Relay team the Passionate Redheads, whom would later be succeeded by the Sunbeamers. The anniversary of her passing would me marked by events, such as a candlelight vigil in 2009, and afterwards, memorial dances (2011 article).

2015 would mark seven years since the end of Fimi's struggle. This time, the location of the event was the newly reopened Happy Vixen club in Purrfection. 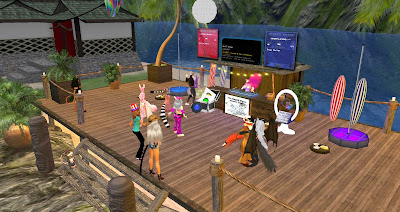 It's been seven years (May 26) since Sunweaver Artistic Fimicloud passed away after a struggle with cancer. While many of us don't remember the little pink fox, for those who do she was a source of inspiration to keep on going. So in her honor, we're holding a dance in her name. Please come and help us celebrate and remember her. The party begins at the Happy Vixen Beach club at 4PM. Dusk Griswold will be the DJ for the event. Please join us. 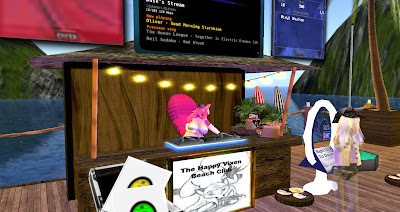 Dusk herself sported a pink avatar while DJing the event. She explained she wore pink avatars while performing in any event held in Fimi's honor.

Just a reminder we are doing a Fimi remembrance event at the Happy Vixen starting at 4PM SL time. This is so we remember our lost friend, and why the RFL is so important to many Sunweavers. Rather than a sad event, I want this to be a celebration of life, remembering a life well lived. I will be your DJ, and since this is a RFL event, no nudity and things must be kept PG. I hope to see you there, and if you didn't know Fimi, this is a chance to find out about who she was. 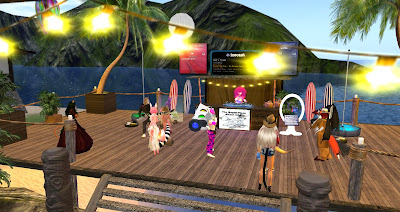 Several people showed up just after the party started. 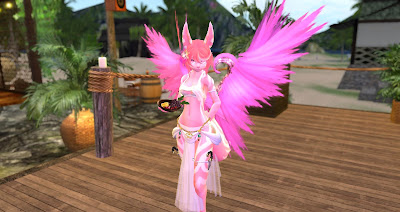 Some, such as Maru, were also in the pink. 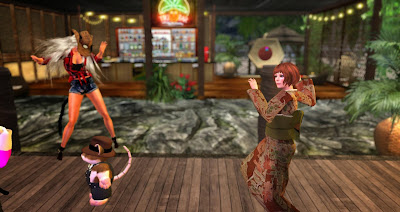 Besides the Sunweaver's own Sunbeamer team, other Relayers showed up such as Trader Whiplash, Cuddle Waffle, Oldesoul and Cassie Eldemar, Samara Barazane, Vickie Maidstone, and others. Miyuki Naidoo, the hostess of The Vinyl, was also there. 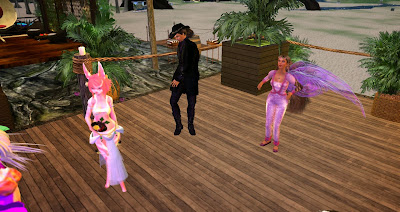 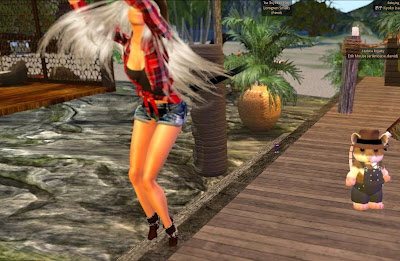 Lomgren Smalls, whom had taken a break from Second Life, was back for the event. 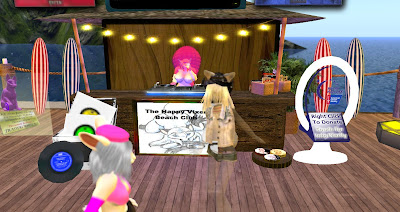 Dusk had a number of cheerful songs to play. She explained Fimi was always trying to enjoy life to the fullest, and would want her event to be a celebration of life. Some were known favorites of Fimi, such as "Calypso," named after the ship used by famous oceanographer Jacques Cousteau.


Aye Calypso the places you've been to,
The things that you've shown us, the stories you tell
Aye Calypso, I sing to your spirit,
The men who have served you so long and so well

Other songs played were "We're Not Going To Take It," which was how the group felt about cancer, and "Electric Dreams." 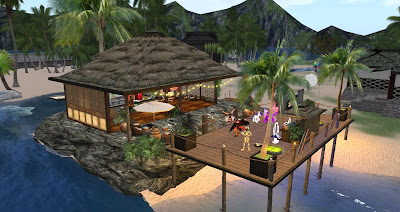 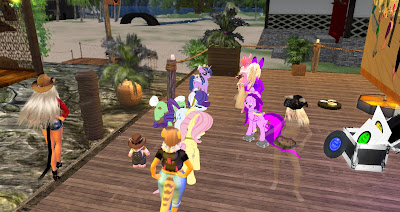 There was a "pony invasion" at one point, with several of the ladies changing to MLP avatars. 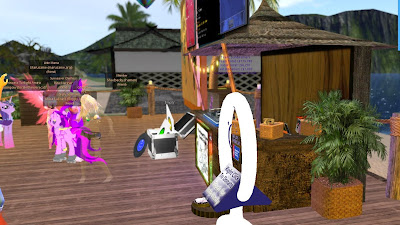 The event lasted about four and a half hours, some such as Rita Mariner and Alleara Snoodle arriving a little later. A little more than 4500 Lindens were raised for the Sunbeamers.

Of the event, Backy Shamen commented that she'd been around the world, but had yet to find as close a group of friends as the Sunweavers. 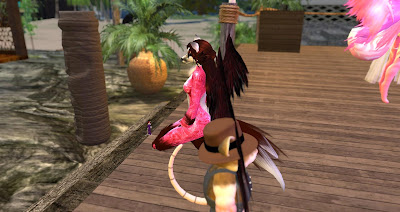 It was soon time to say goodbye and goodnight, and everyone headed their separate ways, for most to bed.