Scenes from the July 4rth Weekend 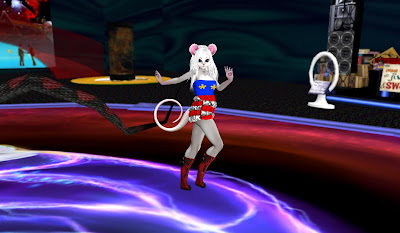 At The Vinyl on Thursday July 2, the club celebrated the Fourth a little early with it's "Red, White, and Blue" party, with DJ Rose spinning the tunes that night. 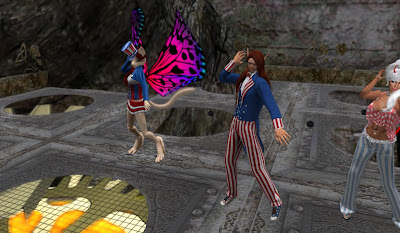 At Steelhead's Friday Night party on July 3, some of the locals dressed up in red, white, and blue. One tall, thin elf looked surprisingly good in an Uncle Sam outfit. 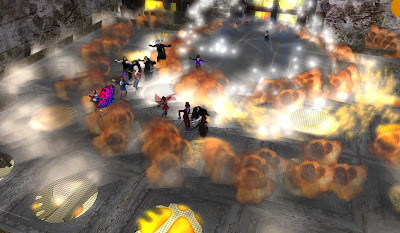 And where there's the Fourth, fireworks often aren't far behind, in the case of Steelhead, their "exploding" tip jar. Needless to say, DJ Fuzzball got a lot of tips that night. 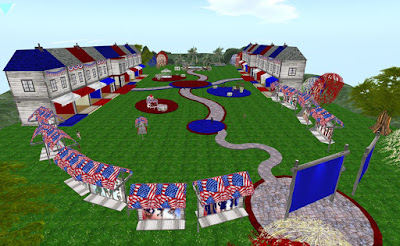 In the past few Fourth of Julys, the Elizabeth Town holiday sim changed it's look to "Summertown USA." But this year, Elizabeth town isn't on the map, for some reason. But I did see this decorated place in the Geranium Island sim that reminded me a little of it, with a number of red, white, and blue goodies up for sale. 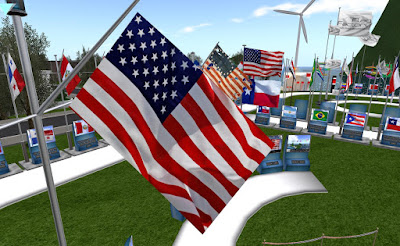 "Search" revealed a flag store that had all kinds of them, including the Civil War Confederate flag. 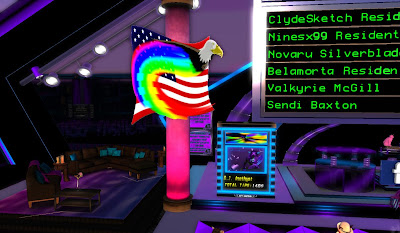 The "Furry Fashion" lounge had an American flag up all week. The owner Amethyst Crystal is British, but she didn't let her ancestors being on the other side of the Revolutionary War stop her and her fans from having fun. Her club would have it's own Fourth of July party. 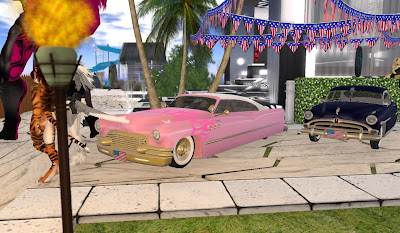 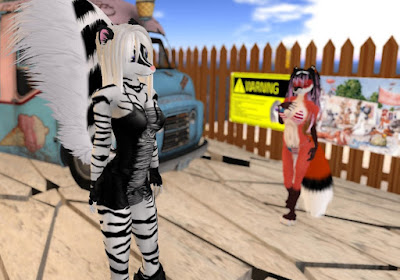 The owner, Cindy "Zig Zag" Babii, hasn't been on much lately, but took the time to be here this day. She explained she'd been extra busy in real life lately. 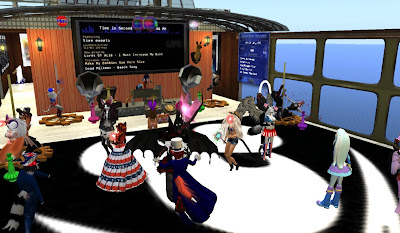 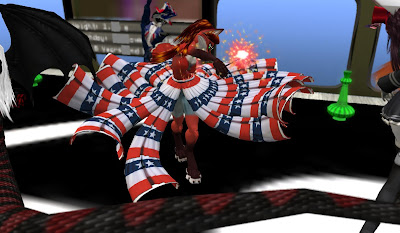 Several people there wore holiday-themed outfits appropriate for the day. 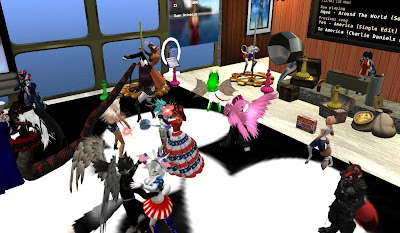 Tantari Kim, who usually DJs at The Vinyl, performed at Cutlass for this holiday event. 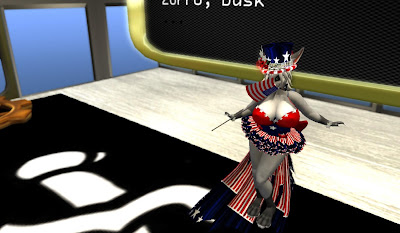 Dusk Griswold and Zorro Wuramunga were the winners of the "Best in 4rth" contest that night. 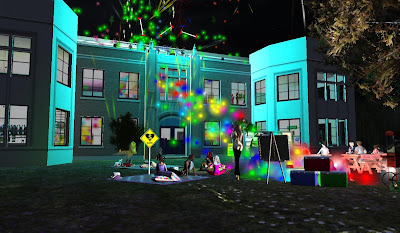 And what would the Fourth of July be without a fireworks show? 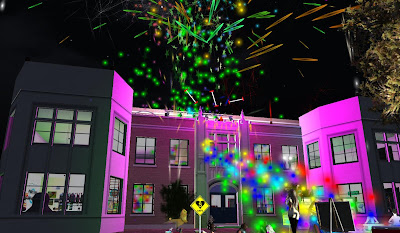 Marianne McCann, who's been holding them when she can on Saturday nights, had a special one for the Fourth of July. 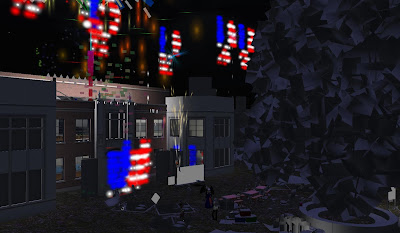 All kinds of streamers and rockets were going up in the air, and a few times they would form patterns in the shape of American flags. 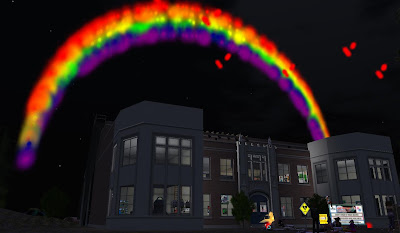 She ended things with a rainbow. and applause from the audience. 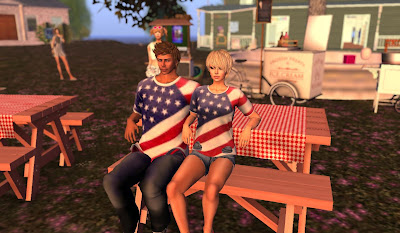 It was a great Fourth of July in Second Life, full of red, white, and blue.