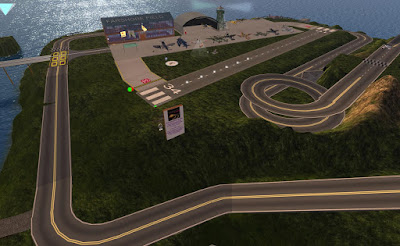 On Saturday June 27, the Pacific Waters sim in the north end of the Sunweaver Estates was the scene of some wheeled action. It was time for the "Road Rally" event, held by Team Sunbeamers, the Relay for Life team of the Sunweaver and Angels communities. 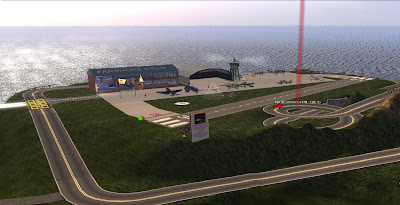 In the days before, Cynthia Farshore had laid out a track around the the island. It was not a simple one with four curves and straight road, but had hairpin turns, a tight corkscrew turn, and a wooded area with deer running through. It was designed to be less of a test of speed, but skill. Racers could go up against one another, or by themselves. 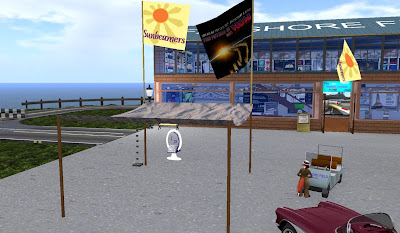 The object was to get the shortest time, with a 1,000 prize awarded to the winner. It was expected though that all participants would make a donation to the Relay for Life kiosk that was there. Just a few days before, Team Sunbeamers had a total of 217,000 Lindens raised. By Friday night, the total had risen to over 220,000. Gold rank, 250,000 Lindens, was within sight, and it seemed all that was needed was one good push. 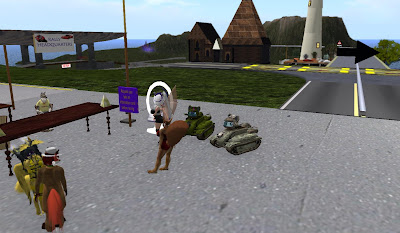 The event started at 8AM that day. Yours truly had to work in real-life and didn't arrive until much later. But there was much racing before that. Grease Coakes was among those racing then, and his quickest lap would be first place for most of the event. 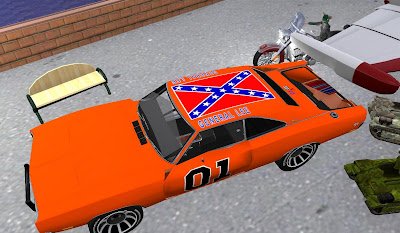 Not all of the cars were racing. Some were up for show, such as Skylark LeFavre's "General Lee" Dodge Charger. 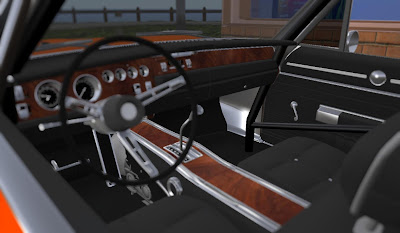 The car had a very detailed interior, worthy of the top Second Life car shows. 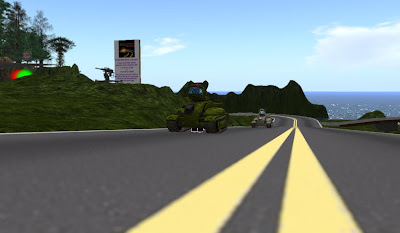 Skylark would race in another vehicle, a tank made for pony avatars. 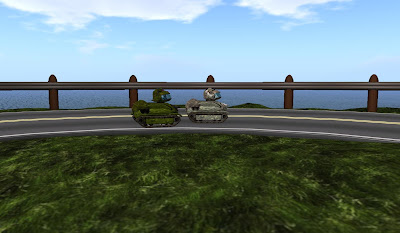 She and Rita Mariner would race a number of times in them. 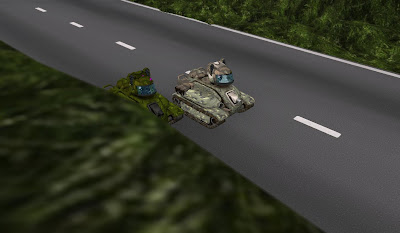 The tanks weren't too fast, but that meant they had good control over those twisty treacherous roads. 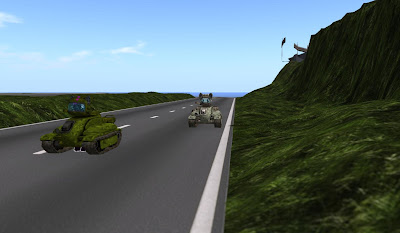 Skylark held the lead at times, but it was Rita who won most off their races. 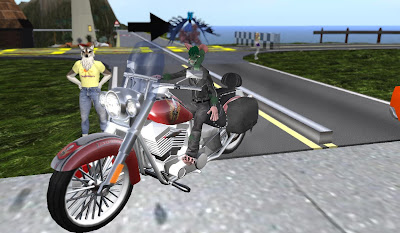 For the motocycles, a certain green mouse biker decided to get in on the act. 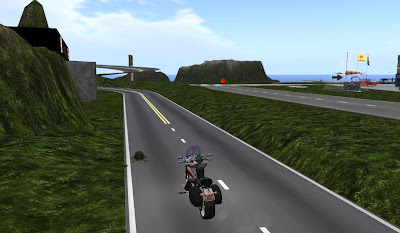 The motorcycle was faster, but had to slow down quite a bit to make the turns. This biker finished at a considerably longer speed than Grease's, a minute and twenty seconds compared to about fifty-five seconds. 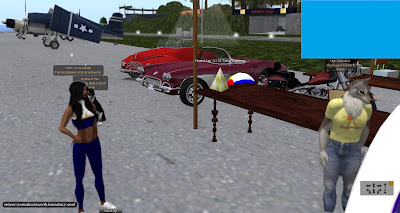 The winner of the Road Rally was Tamara Stevens, Co-Captain of the Second Life Coast Guard Relay team. 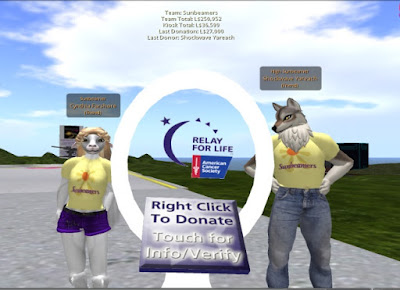 The event itself raised a few thousand Lindens, but near the end there was a surprise. Shockwave had scrapped up enough Lindens to bring the Sunbeamer total to 250,000, and to Gold rank. Once again, the Sunbeamers, like the Passionate Redheads before them, had proven themselves as a top performing team in the Relay for Life in Second Life.