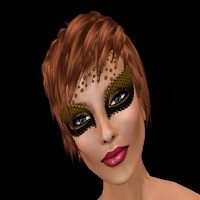 It happened last year. Kushi Vyper hired Andy to develop a website for Kushi Textures. Once completed she set her sights on something more ambitious.  A Network HUD to support the creators in her group.  A Virtual Shopping HUD to link shoppers to stores that registered within the network. But days before the HUD was to be released and most of it was paid for, Andy disappeared, taking the website and HUD with him. Andy said he was in the accident in real-life and would return.  Kushi waited, but Andy never came back.

A newly designed kushitextures.com is soon to be released, created by a new independent contractor. After paying for seventy percent of the cost by Kushi herself, a fundraisier is being held to meet the last thirty percent cost of the Kushi Texture Network HUD, the last missing piece Andy took with him. But there's something more going on here. Kushi Textures doesn't want to make profits from generousity. In her real life, Kushi is the former Secretary for a non-profit charity for Tibetan children.  It is only natural to give the money over and above their needed target of 65K to that charity.Though the fund raiser didn't start for charity, they hope that the Tibetan children will benefit from their success.You can access the website at:http://www.tibetaneducationfund.org/. 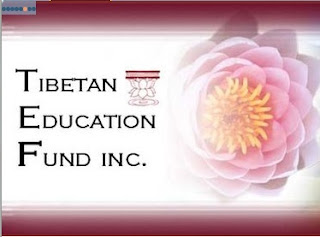 Kushi Textures fundraising will climax in a Creator's Festival on March 5th through the 12th.  Mitch Silverfang, Kushi's Partner, believes they will reach their fund raising goal before the opening of the festival, so all proceeds from the Festival will go to the Tibetan Education Fund itself. The events will include auctions, vendors, DJ events, and live music.

Right now, they are trying to cover as many time zones they can for the live events and are hoping to find enough designers to have fashion shows twice on 5 of the days.  More DJ's and live singers would always be welcomed. After all, they have the land, why not use it to the full potential?

Not only would the texture creators be coming to the events, the furniture builders will be as well.  It's an event for everything and everyone.

DeafLegacy
Posted by Bixyl Shuftan at 6:00 AM