Valentines Day At The Isle of View 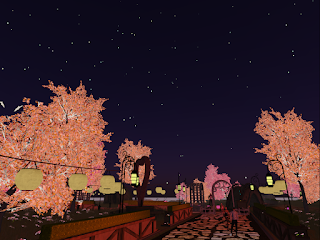 The air was light.  It was full of laughter.  There were a lot of people.

What is that all about? It's simple.

It's Valentines Day and as the special event unfolded, more people are coming to Second Life to be a part of it.

At the Isle of View, there were joy in the air.  They were having fun.  There were hugging booths and Dunk the Linden booths.  It was meant to be fun and it was fun!

At one point, the sim at the Isle of Viewing was so full no one can get in unless someone leaves.  I considered myself lucky to get in and wow, there was a lot of fun. I took one look around the Isle of Viewing and I have had to take a deep breath.  There was so much love that I won't be surprised if there were more on the Valentine's Day.

There was a fountain at the Isle of Viewing that I really liked.  I did take some pictures of it and hope you like it too.

Same can be said about the dance at the Virtual Ability dance room.  Not only were there lovers, there were friends.

They were there for one reason only.

There is no ending to the love as it poured out on that day and it won't be any end to it on February 14 as love pours out on Second Life. 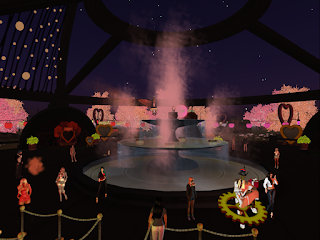 Virtual Abilty had their own stories.  The dance was awesome.  Friends and lovers came in.

Now this is exactly the type of love I was just talking about.

I believe that I did learn something new while at the Isle of Viewing and Virtual Ability.  That is that love is what it counts the most.  All it really matter is love.  On this special day, that's when it comes in the most.  I can't speak for anyone else, but I can say that love is something to look forward to, especially on a special day like Valentine Day's.
Deaflegacy Darkbloom
Posted by Bixyl Shuftan at 6:00 AM