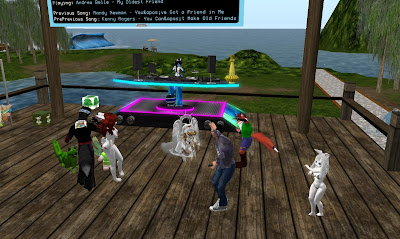 On Saturday August 27, some of the Newser crew and their friends met up at the Sunny Beach sim for a beach party. 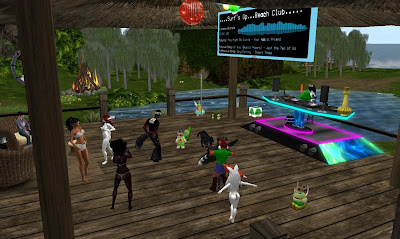 The event started a bit before Noon SL time, and was at the "Surf City" hangout. 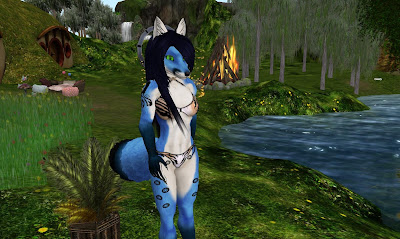 Tantari Kim, who DJs every Tuesday at the Happy Vixen, spun the tunes for the first hour. 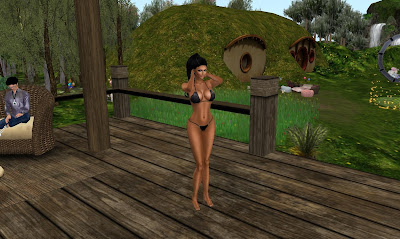 Deaflegacy was there, sporting an itsy bitsy bikini. 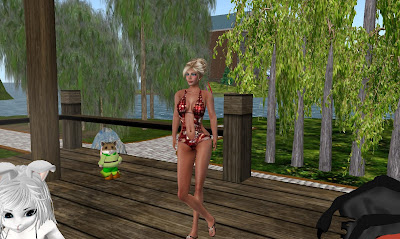 Gemma Cleanslate had her own swimsuit as well. 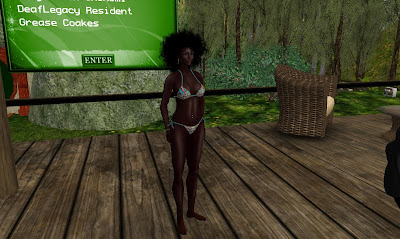 Anne Brightstar, a friend of the newspaper, also had her swimwear. 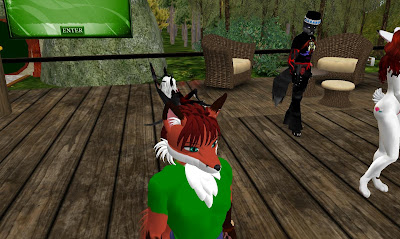 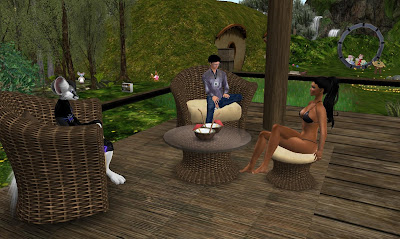 Not everyone was dancing all the time. There was some seating for those who weren't. Wesley Regenbogen was there, though didn't have a suit. 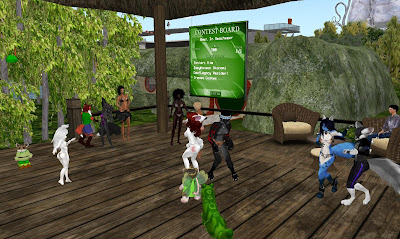 Quite a number showed up, including Sunweaver Chieftess Rita Mariner, Happy Vixen Manager Skylark Lefavre, and a number of others. Nydia Tungsten was there for a while as well. 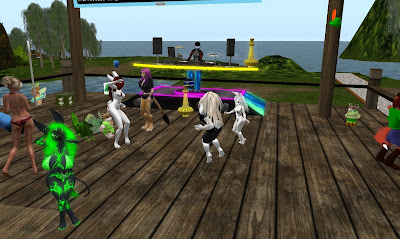 In the second hour, Grease Coakes took to the DJ booth. 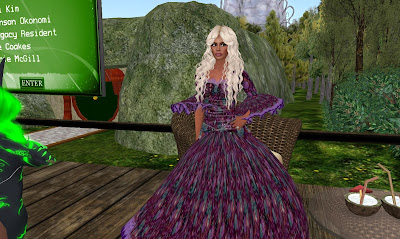 Breezes Babbi showed up for a little while at one point. Lately she's been spending most of her time in the Tombstone sim. 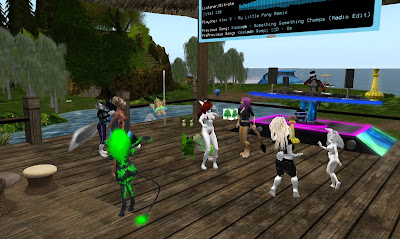 There was a 1000 Linden prize for the best swimsuit. Rita Mariner ended up with the most votes. 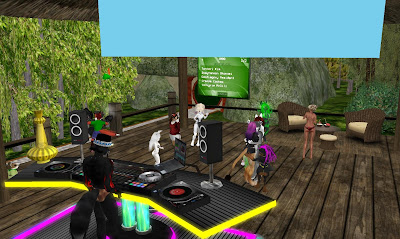 The party lasted for about three hours. There was lots of fun to go around between the music and the beach scenery.
Posted by Bixyl Shuftan at 6:00 AM