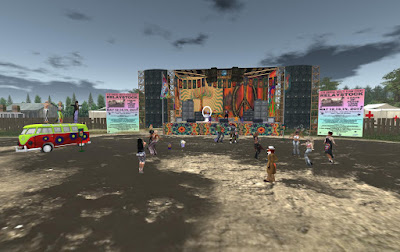 From Friday May 12 to Sunday Evening on May 14, the 2017 Relaystock took place. Both DJs and live performers sung on stage in this tribute to the famous music festival in 1969. This was the fourth Relay season the event had taken place, the first in 2013. The Friday performances started at 3PM. 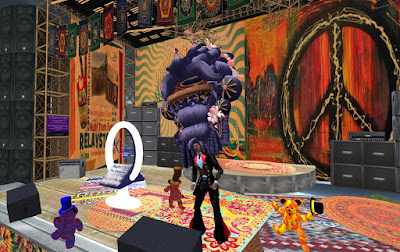 Later on was Fuzzball Ortega, who whipped out "The Hair." 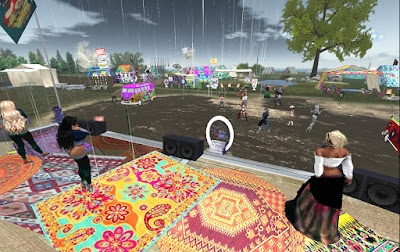 Sometimes there was some virtual rain, as shown here in the Saturday afternoon event. 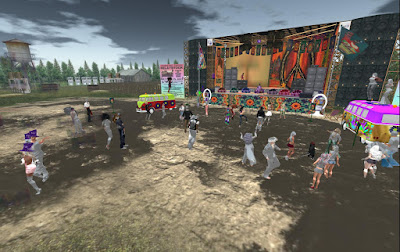 At times, it could get a little crowded, and a little laggy, such as this crowd, which despite a few minutes of rezzing, many were still half grey in my viewer. 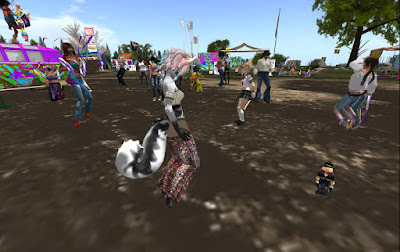 Avatars of various shapes and sizes, such as furs and micros. Hopefully the little guy didn't end up in s deep spot in the mud. 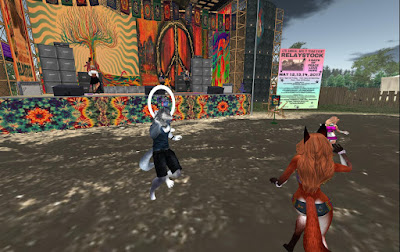 Although the Sunbeamers have been the largest mostly furry team, there have always been furs on a number of others. But this year I noticed more. 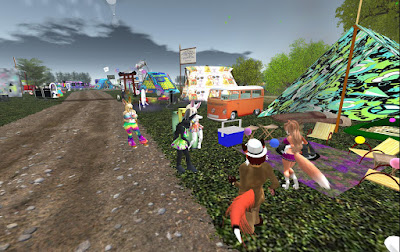 While the biggest concentration was at the theater, sometimes team members would gather at campsites, such as some of the Sunbeamer team at our tent. 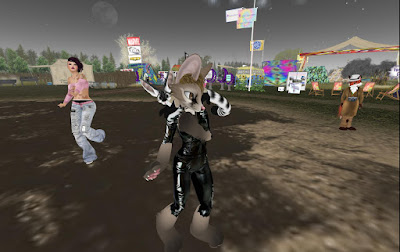 Sunbeamer Gil Otaared brought her pet ringtail "Mini-Me." With the shortage of porto-potties, hopefully she avoided stepping in where the hippies relieved themselves. 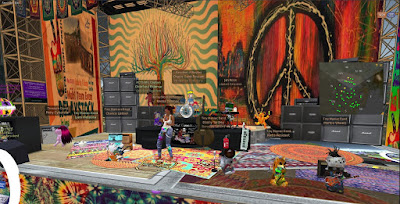 Probably the most touted act on stage was live singer Keeba Tammas and her Tiny Maniacs band. They were among the last of the events performers, playing from 2 to 3 PM SL time. 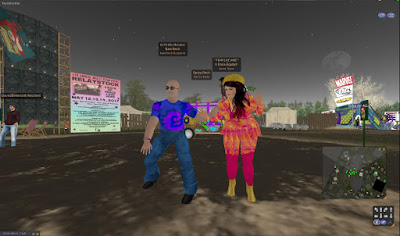 Bain and Panza Fitch, dancing while avoiding the deeper parts of the mud. 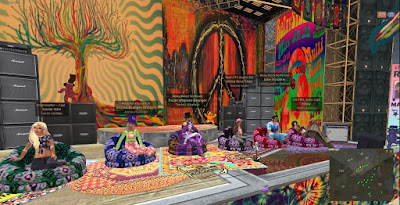 After 3PM was the Relay Rap, with the Relay Committee all dressed up in 60s garb. 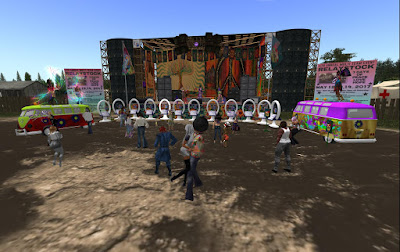 In the final event, Trader Whiplash and his "Time Machine." It was an event in which people were free to request their team's kiosk on stage. 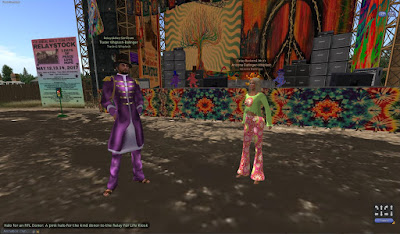 Trader looked like something out of a "Sgt. Pepper" picture. His partner Arizona Ballinger, who organized the Relaysotck, was in period wear as well. 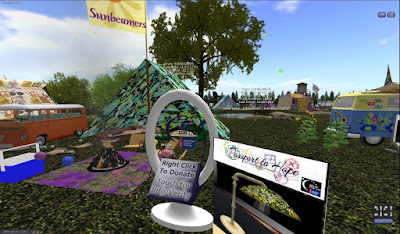 With the Relaystock over, the Relay season is now in it's second half, with events next weekend including the annual Castle, Home, and Garden event, and the Team Sunbeamer Air Show.