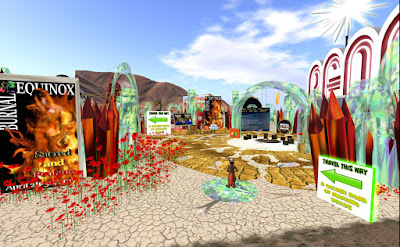 Quite a bit happened on Sunday April 30. It was the last day of the Burn2 Burnal Equinox festival, this year's theme being "The Sacred and the Profane." 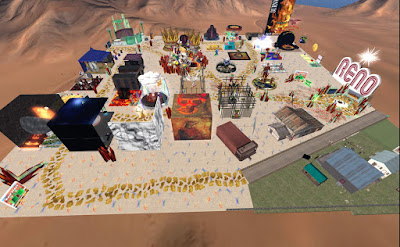 An art and music festival, there were a number of exhibits at the Burning Man - Deep Hole sim, as well as stages for performers such as DJs. 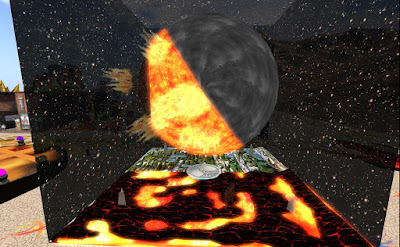 One exhibit that caught my attention was that of a rotating ball, half firey sun and half desolate moon, over a landscape that was half water and tree-covered land, and half molten rock. Did it symbolize anything, or did it simply look cool (or hot?). 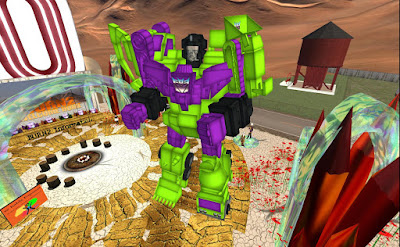 One visitor himself was looking like an exhibit, wearing a giant Transformers avatar, a combination robot formed by five others that had linked. 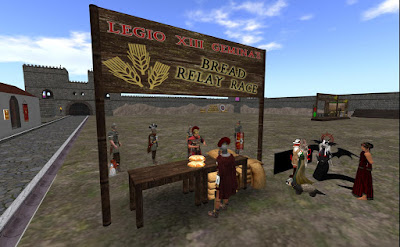 It was the second day of the Roma historical community's spring festival. Last year, I dropped by in time to check out their roleplaying the ritual of honoring the Roman goddess Ceres and their maze hunt to find a pomegranate and bring it out in time. This year, the event I saw was their "Legion Bread Race." 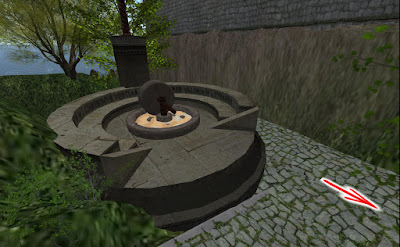 The runners were to grab some grain from the desk near the starting line, and then run from that around a course to the red line next to it. Along the way, they would have to put the grain in this mill, grind it into flour (by sitting on the handle), take the flour and run it to the stove, place it in (presumably already mixed with water) and wait for it to cook, then take the bread and run back to the grain desk. 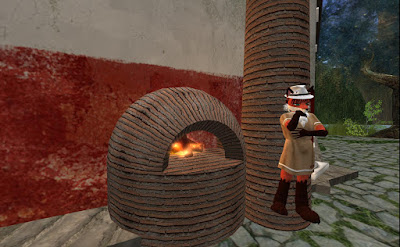 Yours truly was invited to take part. I was in the middle of the times of the several participants. Third place was Rasberia, who got a time of 3:10 and a prize of 250L. Second place was Alba Horatia Taura (alba2685 Resident), whom was a few seconds faster at 3:06 and got 500L 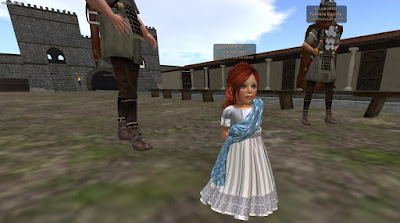 First place at 2:53 went to the child avatar, Onica Kadora (BlazingWinter Resident), whom got the top prize of 1000L. "Thank you so much! Candy store here I come!" One Roman remarked, "KK (the sheriff) will need to build a bigger playroom for all the new toys." The child giggled, "WaaaHaHAhahAHA! AhhhhHAhahh! AHhahHAH! Haha!" After more chuckles, one centurion commented, "Now we can eat the bread" The prizes were provided by the Roma community's Consul. 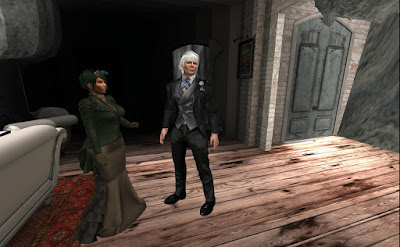 In the evening was the Walpurgisnacht party. Before the event, I ran into the hosts of the party, Baron and Baronin Wulfenbach, in Caledon Kittiwickshire. They reminded me that this was a holiday celebrated in central Europe, on the night before May Day. Much like Halloween, people dressed in costume, especially of monsters and demons. It had once been believed that the boundary of the spirit realm and the realm of Earth was thinnest at that night and evil spirits might try to kidnap mortals, unless they were in disguise. This would be the ninth event of it's kind held on the grid. 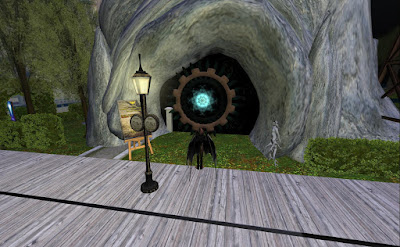 The coordinates for the event also led to Caledon Kittiwickshire, the entrance resembling a portal. But stepping in ... 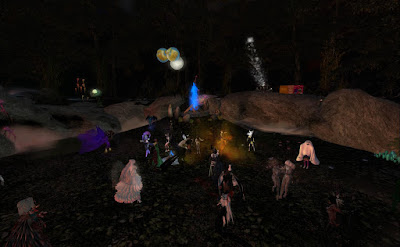 One would end up somewhere high above Europa Wulfenbach, or was it the spirit realm? There were all sorts of avatars of monsters and spirits, "Wow, some amazing costumes here!" The Baron stated, "I am delighted to see how many were able to join us here." 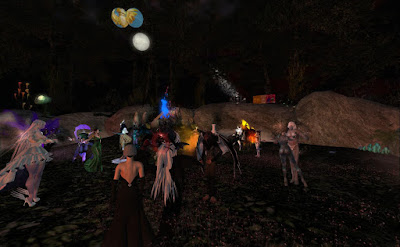 One girl was in a simple sheet, "Boo! I am a scary ghost! ... Shake in your shoes! I have come for your soul or alternatively your ice cream giift cards!" It got a few chuckles, "her ghost costume just cracks me up completely!" " ... so cute!" The music got some praise as well, "This song just reminded me of a German word... Schadenfreude" 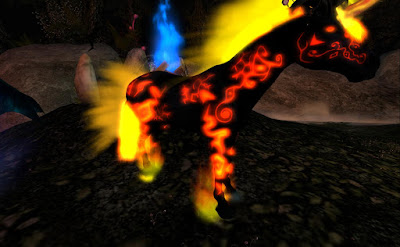 It was difficult to truly stand out at this event, but one did with his "Satan's Mustang" look. There was also some blue fire. "It was first built for a Steelhead Walpurgisnacht," the Baron explained, "and it has traveled since." 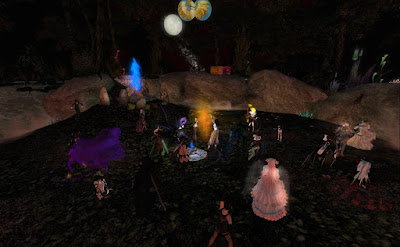 The party got much praise, "Thank you your majesty and consort for opening the veil to allow us to celebrate this night again!" The Baron appreciated the complements,"Yes, it's impressive to have thrown such a successful event 9 years in a row!"

Before long it was time for yours truly to depart, and it would be another year until these events would happen again.