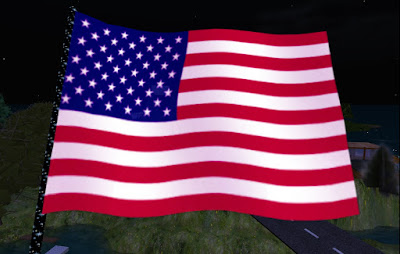 Tuesday July 4 was Independence Day in the United States. In real life, celebrations include parades, backdoor barbecues with neighbors and friends, and of course fireworks, either public shows or lighting off your own (even if it's illegal in one's state). But there were a number of places and activities where the holiday was celebrated in Second Life. 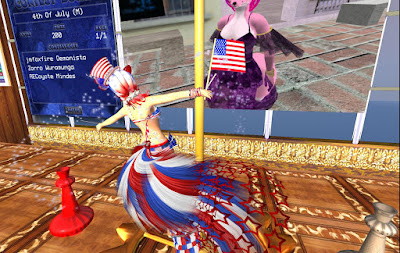 Club Cutlass had it's 4th of July party a few days early, on Saturday July 1. Malya Violetsong gave herself a red, white, and blue look; ears, tail, and all. 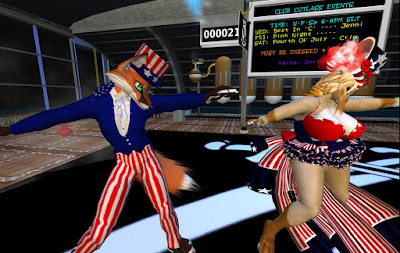 Malya and Zorro Wuramunga (left) won the contest that night. 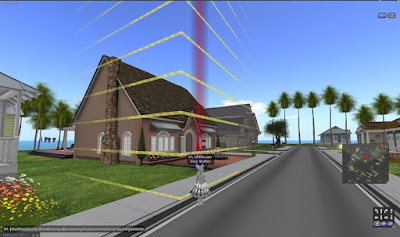 But there was much more going on. Recalling Summertown USA at Laura Liberty's sims in the past, I went over to her Townies sim, and was surprised to find a neighborhood instead. Talking to Laura, she told me the themed towns would be gone until Halloween at least. 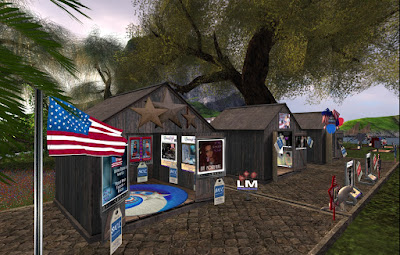 But one place that was having some Fourth fun was the 4th of July Street Fair for the Relay for Life in Mokihana (127/128/22). 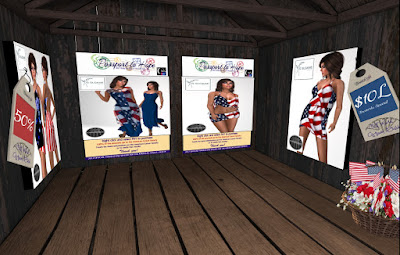 There were numerous items for sale, including one dress for ten Lindens, and a few freebies available. 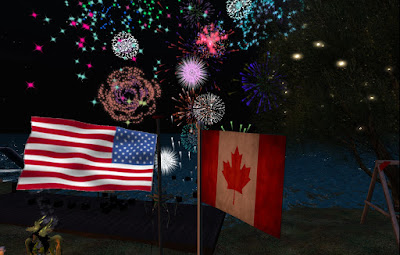 At Zeke Lake in the Platja de Raco sim, there was a Fourth of July and Canada Day Carnival.

Until July 5th Zeke Lake is having a 4th of July.Canada day carnival. Waterslides, bumper boats, carnival games, balloon rides, camping, fireworks and more. Come in and join the fun with your family/open until late tomorrow night! if you like what you see donate to our RFL team! 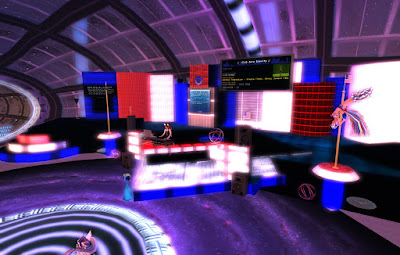 Tuesday July 4 had a number of Independence Day themed parties. One was at Club Zero Gravity, much of the walls lit up in red, white, and blue. DJ Lexi "Sexy Lexi" Tymets was playing the music. 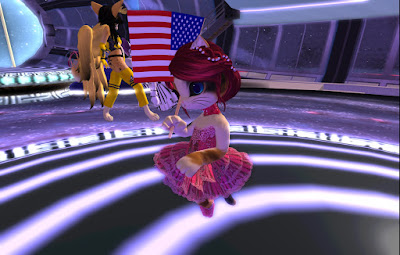 It was three hours of space-age patriotic fun. 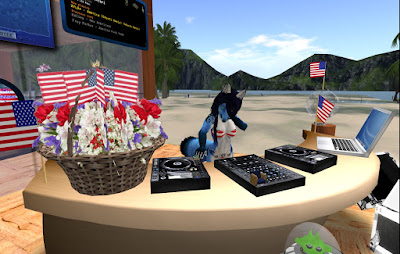 That evening was the "Independence Day" party at the Happy Vixen. DJ Tantari played her "America" track. 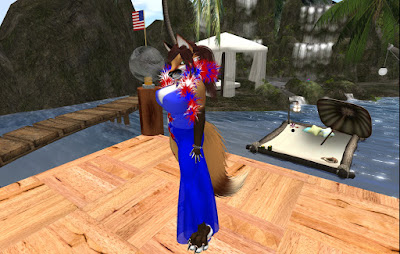 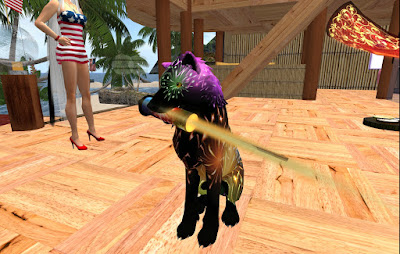 Kiwi, pictured here with a firework in her mouth, was one of two winners of the contest.

It was a fun Fourth of July/Independence Day in Second Life.