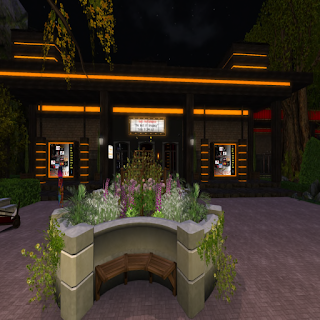 Logging into Second life last night I didn't know, I was up for a precious treat. My friend Bergie IMed me shortly before 1 pm asking if I would like to go to "The Very b=Best of Broadway."  I admit, I made it a last minute appearance on my side and was just able to grab the empty red velvet chairs beside her, when the curtain opened up at the Oval Theater to reveal a perfect gym and a full cast, dancing Footloose.

My first surprise was a pure technical one: everything rezzed fast and effortlessly - something I am not used to on my laptop in second life shows.  So I looked around for a moment expecting a small audience only to see that most of the chairs of this very cozy but still spacious theater were taken. Realizing that I just missed the performance, my attention returned quickly to the vivid choreography.  "Footloose" is of course an easy opener to groove to - the perfect number to get into the mood. It did set the tone for what's to come in a charming way! 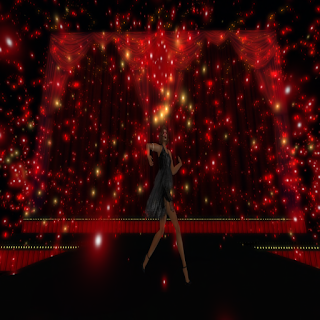 The curtain went down and somehow I expected a longer pause for reconstruction - maybe because I saw that often in the past in theaters in Second Life. But here came surprise number two. We just had time to talk a bit and teleport in another friend before the stage was set with an admittedly more simplistic but still very fitting stage building for the cheeky "Dance 10, Looks 3" from "A Chorus Line."  Champagne was served by an attentive staff member, while we enjoyed the atmosphere slowly building up and it did! I won't give away more details to not spoil your fun!

The song list, although taken from the classic Broadway Musicals you would expect, did not always go to the most obvious song choice and so managed to hold the balance of the whole spectrum of emotions you can walk through in such an evening. The special effects carefully orchestrated towards a stunning finale come and go in a wave like form and together with all kinds of choreography - from freestyle " just singing and acting" to ballet - like arrangements u will see all of it.  The stage builds totally serve each musical number in style, simplicity and low lag. while still having eye catching details....not to forget the perfect costume choice. All in all the whole performance felt like a labour of love for me. We left the theatre after more than an hour in heightened spirits and enthusiastic. 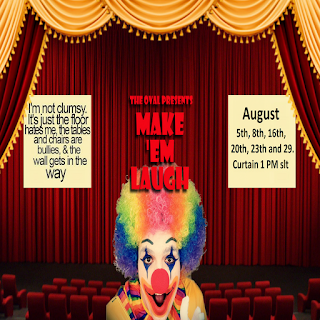 The show is still on at the 17th 19th and 23d at 1 pm slt and will be followed in August by a program called "Make 'em laugh".  I can only recommend to grab your loved one, friends or even a new acquaintances you like to get to know better and watch it. The whole atmosphere together with those tunes will not cease to spark up fun conversations, entertain you and put a smile on your face.

While you are there be sure to grab one of the monthly theater magazines from the free vendor. It will tell you what's in the pipeline of this amazingly creative and vivid venue!