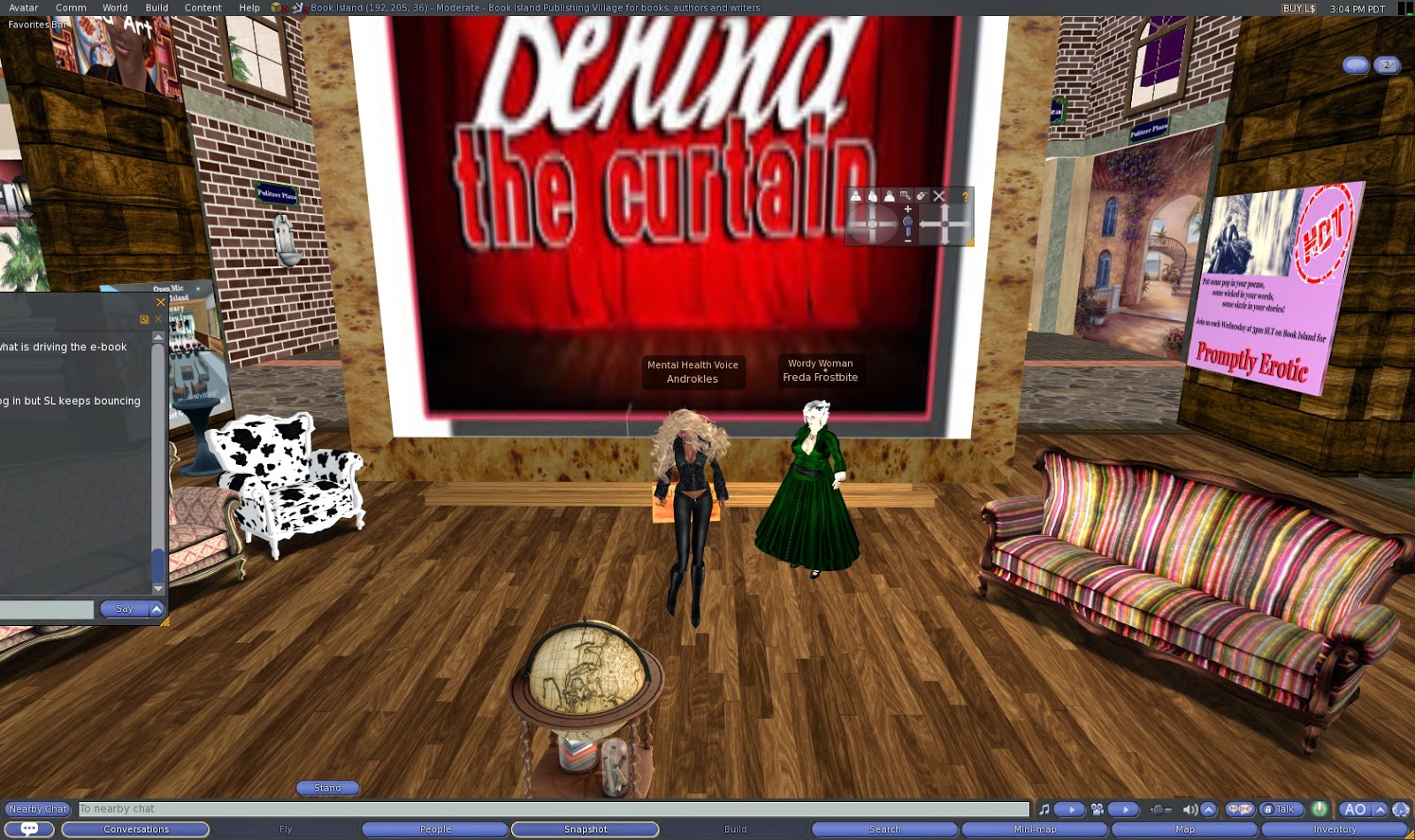 She chose this week's theme as “Behind the Curtain.” Like the scene from The Wizard Of Oz “Ignore the man behind the curtain.” She showed pictures to inspire us writers to write steamy prose. She showed us pictures of Gypsy Rose behind a curtain with various other pictures. She said the only rule was you had to start your story with “Behind The Curtain,”as the first three words. Freda set a timer for fifteen minutes for everyone to write whatever came to mind. 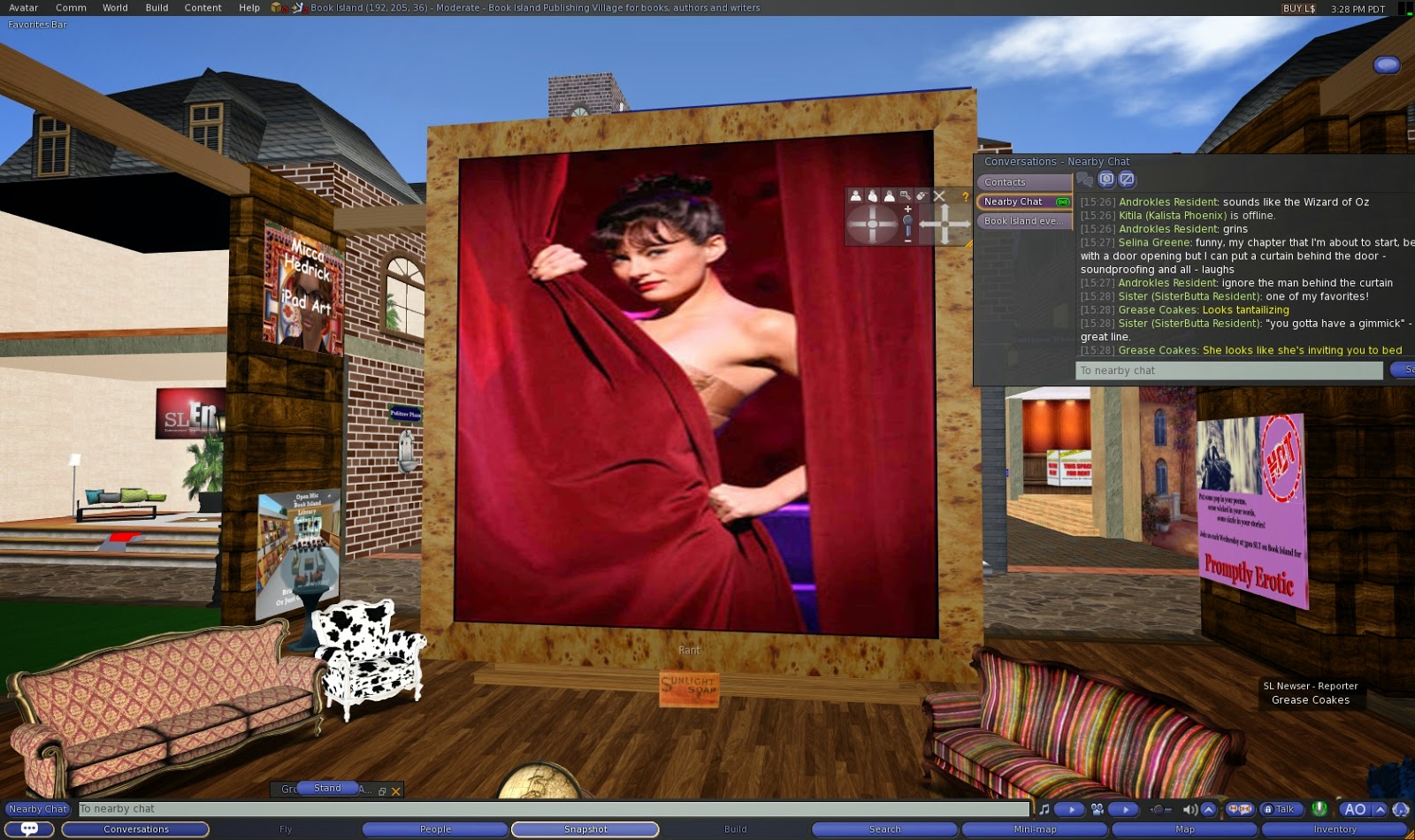 Behind the curtain Narcosis wagged her finger slowly at her boyfriend. Nathan, as a short sky blue griffin couldn't believe that after being picked on and slammed into lockers that finally he would lose his virginity. The tall slender unicorn black woman was a godsend to him. 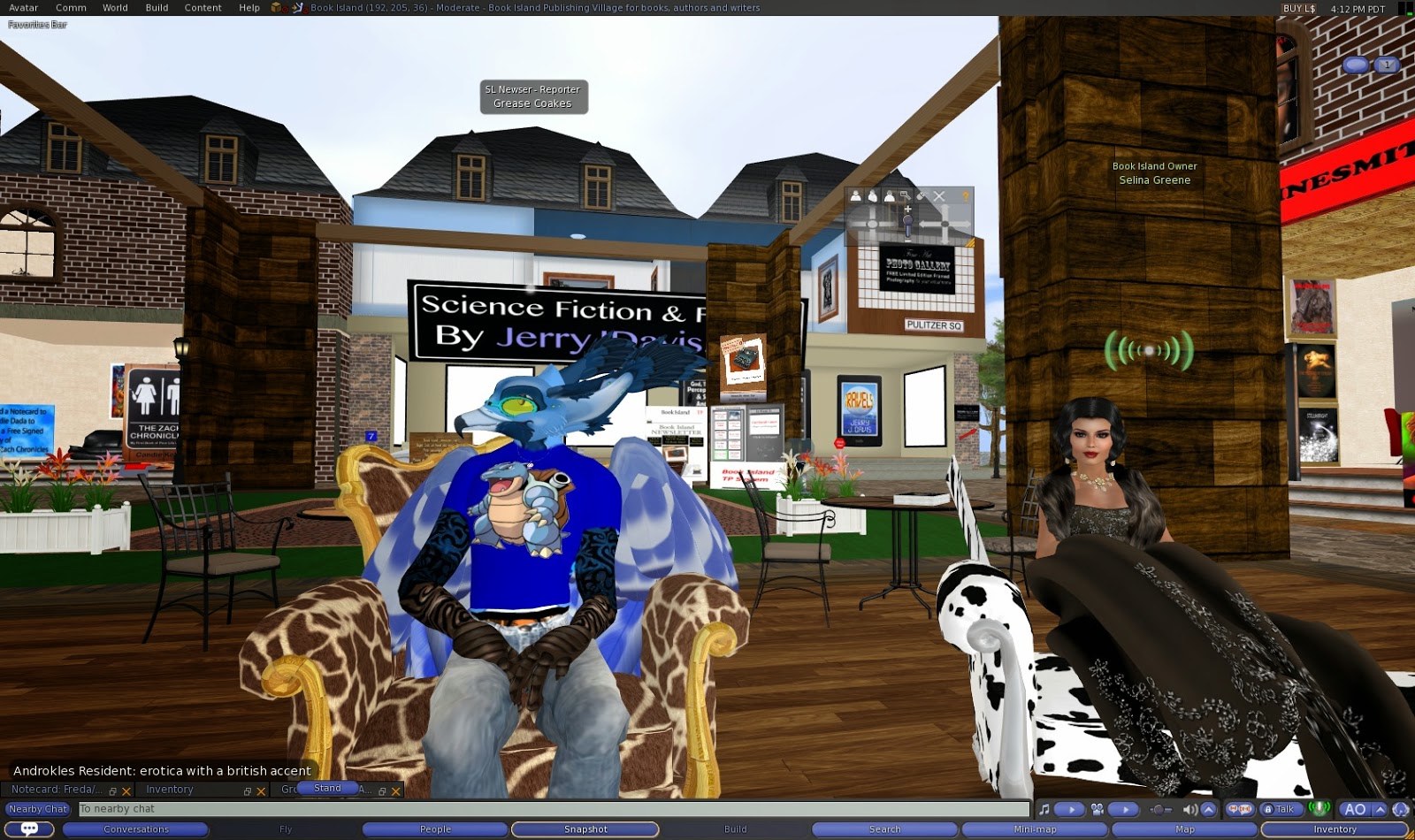 After Freda left Second Life to do things in real life, Selina and I hung out at Book Island until she had to go to bed. She mentioned that every Sunday was a new writing event like Olivia's micro fiction event. She explained at 12 noon SLT Every Sunday is a writing dash event and an open mic at 1pm. I said I'd do my best to reach one of those events. It involves writing 500 words or so in a half hour. I said that sounds doable if I wrote 322 words in fifteen minutes.

Selina logged off as it was close to 1 AM her time in the United Kingdom. Book Island is a great place for writers and readers to hangout and share common interests. I said I missed Jackson Arthur's Writer's Chat and Olivia's Micro Fiction.