There are a few things that you need to know in order for this article to make any sense to you. We will make things easier by explaining:

Relay for Life in Second Life™ 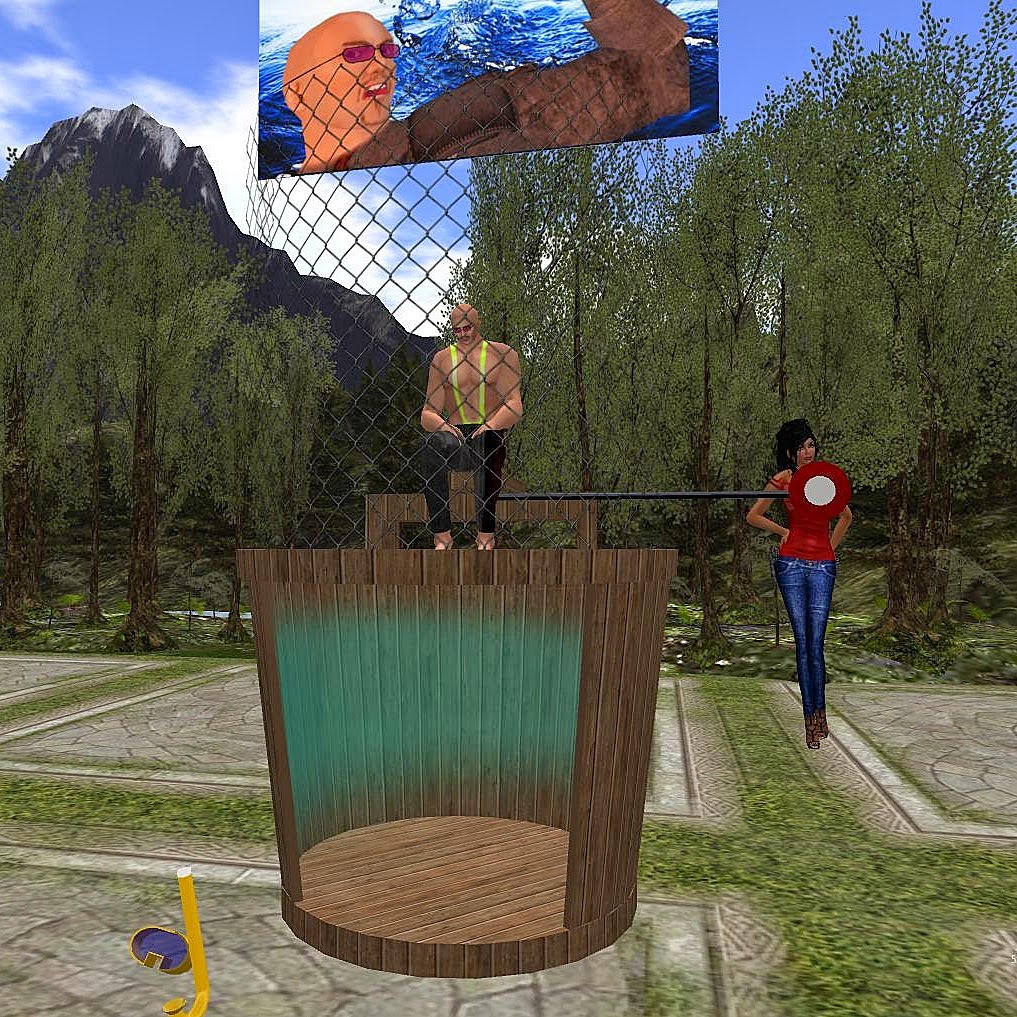 Relay for Life in Second Life™ (RFLinSL) began in 2005, headed by Jade Lily, with one team of 315 avatars participating in the event across six sims. Last year, under the leadership of Nikki Mathieson and Co-Chairs: Dwen Dooley and Serina Juran, 200 teams walked 40 sims to raise a whopping $393,000 real dollars for the American Cancer Society. The 2014 Relay is already underway and culminates in the actual 24 hour walk on July 19th-20th. (http://relayforlifeofsecondlife.org )


Many consider this HUD-based in-world game to be a scourge, but just as many are entranced by the idea of rising up from a wanderer to a king or queen, and collecting gold, acres, and other prizes. The interesting thing about Tiny Empires is how many people have made friends and found social outlet in this game.

The game is the scripting coup of Ultralite Soliel, the self-appointed Emperor of the Tiny Empire. He is a witty and delightful scripter, and a very good sport, as you shall see. (http://tinyempires.com ) 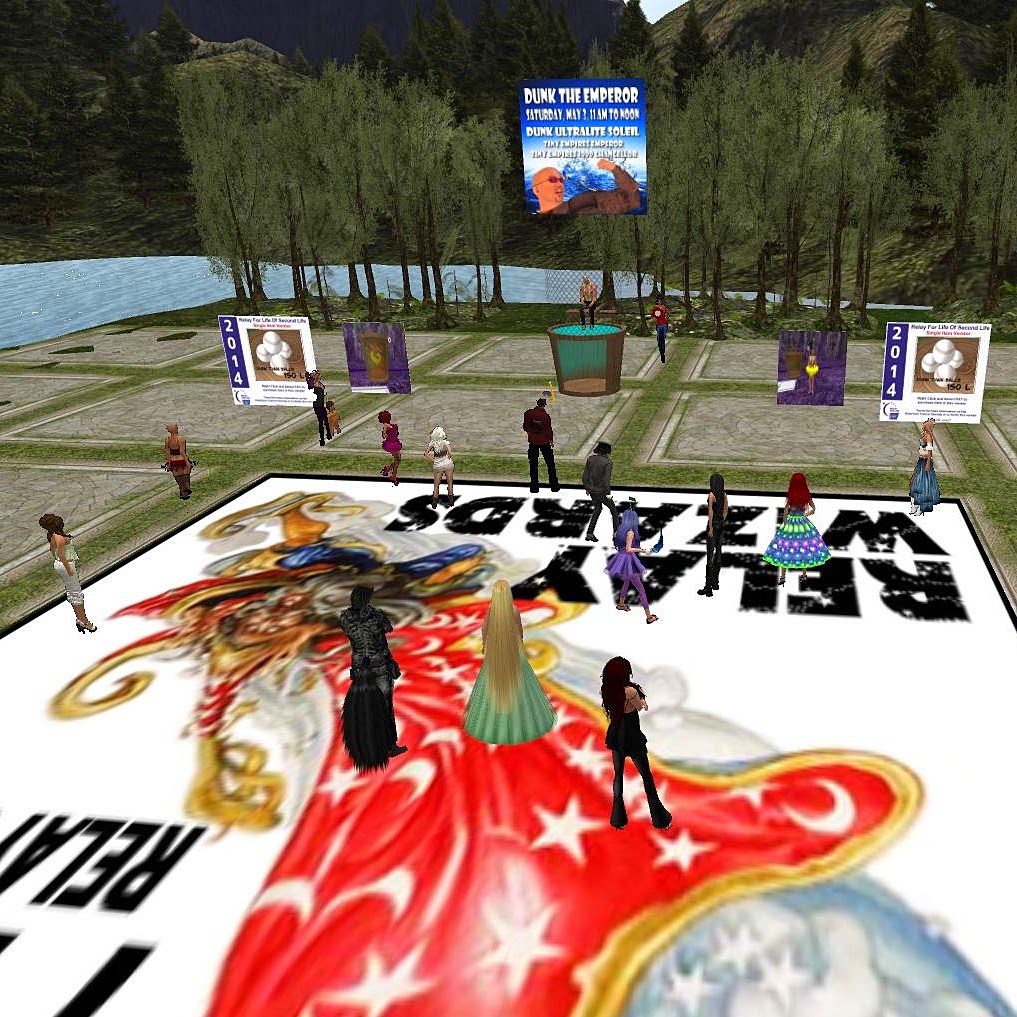 The Relay Wizards for Spunky are celebrating their seventh year of participation in RFLinSL. Teams hold events in world to raise Lindens for the cause. Captain, Shawna Montgomery is not only a fierce advocate of fundraising for cancer support, but is a Queen of the Kingdom of Avalon in Second Life™. She has played Tiny Empires since its earliest days, and is on a first name basis with Emperor Soleil. One of her co-captain, HALEY Salomon, is the Queen of another Kingdom, Green Acres, and gave money to many of her peers to moisten the Emperor, because her aim was not that true. She did consent to being dunked after it was all over, demonstrating her good nature.

Thus, she was able to convince Emperor Soleil to volunteer for being dunked in a dunk tank by anyone who paid a Relay for Life official vendor for three balls and three chances to throw the Empy in the drink.

Residents were invited to the event that was held in the Kingdom of Avalon. One of the beautiful things about Second Life™ is the sense of community exhibited by so many people. We come together for a common cause without competition and ill will. Members of competing Tiny Empires kingdoms showed up to take a shot at the confident and overly haughty Emperor. The Emperor scoffed at all attempts of dunking him, until he ended up soaked a few times.

Most attendees winced as Ultralite Soleil’s royal robes had to come off, because they were soaked, and then his banana hammock bathing suit was revealed. Some went as far as becoming horrified at the sight. The Empy took it all in stride, and vowed to give gold bars to all who succeeded in dunking him. 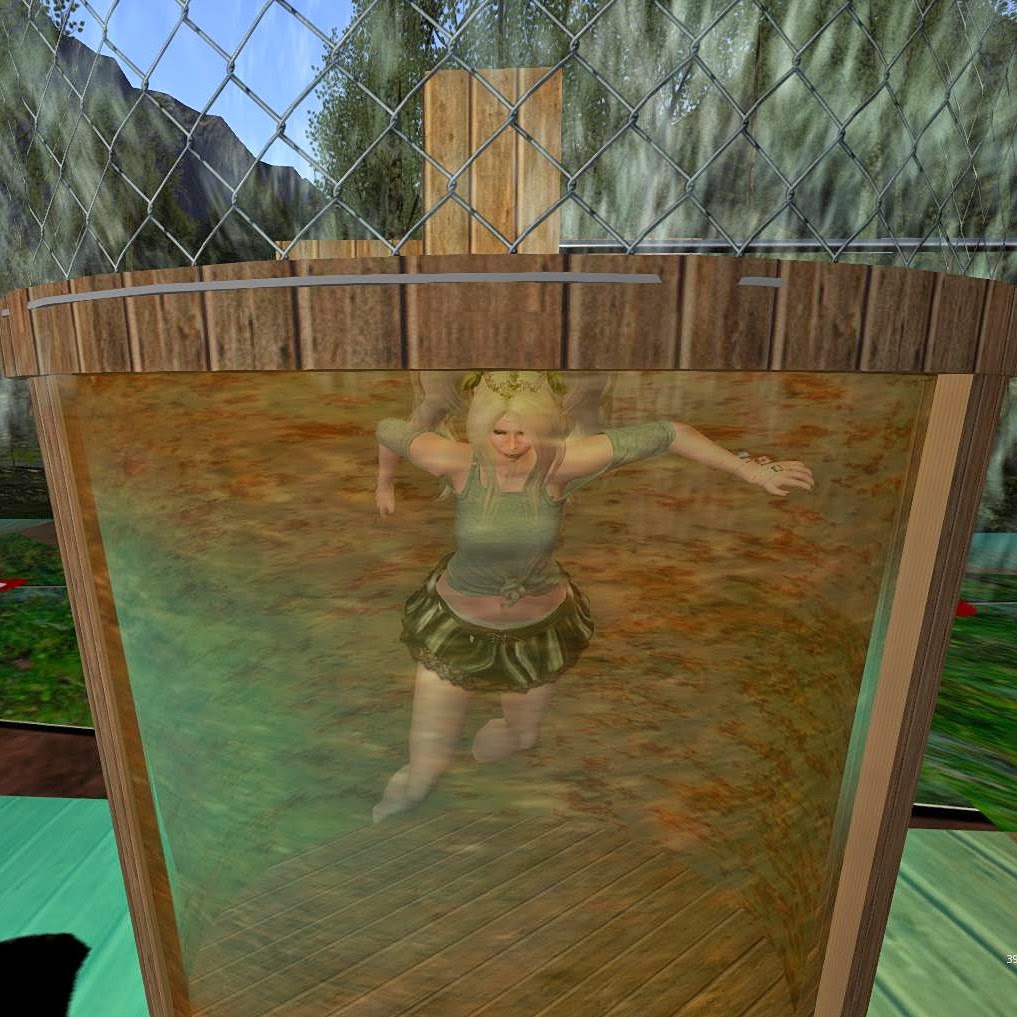 Residents danced, threw balls at the Emperor, and laughed and had a very good time. Best of all the event raised almost 15, 000 Lindens for Relay and the American Cancer Society.

It’s hard not to get emotional about this simple, yet complex coming together of people to raise money for the worthy cause of cancer research. The power of groups to change the world is a small miracle.

If you are interested in becoming part of this ever-growing movement to beat back cancer, then perhaps you want to join a team, form a team, or just drop some Lindens in a Relay for Life donation kiosk.

The Relay Wizards for Spunky team will be holding more events up until the big walk/run. Watch for an amazing art auction containing works from the likes of Bryn Oh and Littleone Aries.