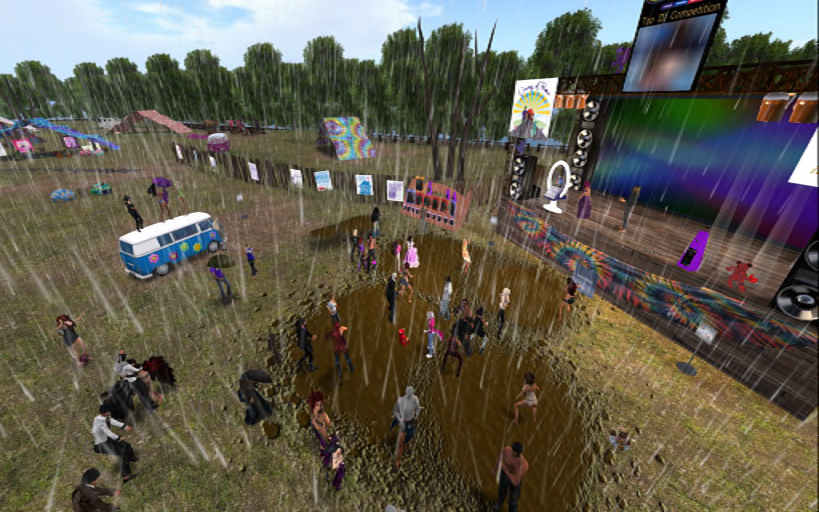 This past weekend the Relay Rockers hosted Relay Stock a multi-team event headlined by the conclusion of the team's Celebrate Remember Fight Back Top DJ Competition.  The event which raised more than L$1.5 million, was held in Relay dAlliez, the team's Relay For Life dedicated sim. The sim was transformed to a 60s era outdoor rock festival complete with Hippie VW buses, tie-died tents and yep.. Mud!

More than 30 teams participated with vendors and kiosks galore.  Teams hosted DJ shows on the event's concert stage and the sim was filled to capacity almost all weekend! 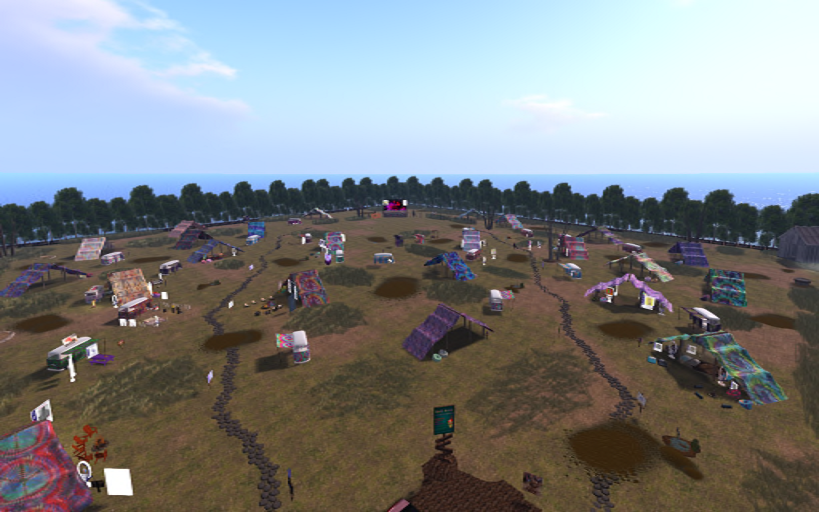 On Saturday afternoon the Rockers took over the stage with the semi final round of their signature CRFB Top DJ Competition.  The event which is in its 3rd year drew 18 DJ's from 14 different teams. Each DJ competed for 'votes' in the form of donations to the RFL kiosk or team convio during a series of 1 hour sets.  The semi finalists were Jay Sparrowtree of Goreans For Life, Chevelley Silentghost of Hearts Hands Hope, Dee Wolfe of the Relay Rockers and Jordan Morgenrote.  Jordan had set a preliminary round record raising more than L$531,000 in 1 hour. The top 2 DJ's would move on the Finals on Sunday. Jay set the bar high, raising L$241,050, but Dee Wolfe responded with L$250,500.  Anticipation was high for another incredible turn out for Jordan, but she withdrew after 15 minutes fighting a major software error that prevented her from continuing..

On Sunday, the festival goers discovered the 'rainmakers' and mud tattoos available for free in the sim, and the skies opened up.  Throughout the day relayers danced in the rain and mud, most eschewing umbrella's. 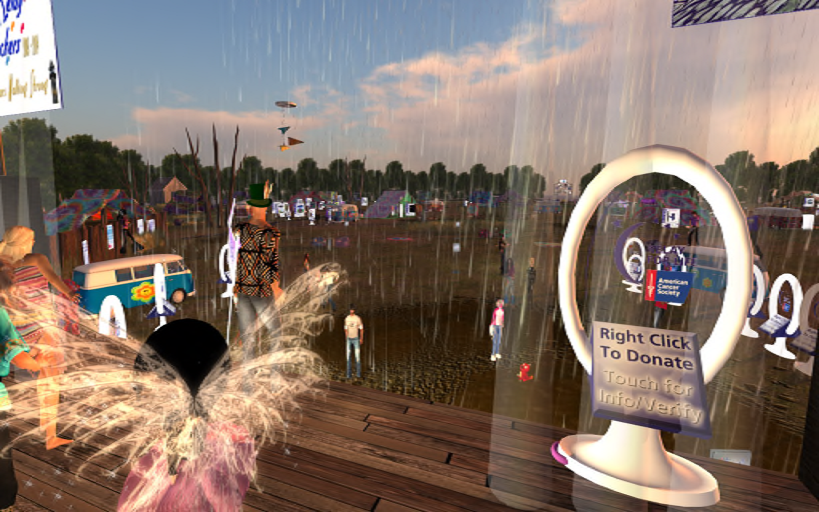 By 1pm the crowd was again swelling to near capacity and Jay Sparrowtree took the stage for his 2 hour final.  He played many inspiration songs, explaining his reasons to Relay and by the end of his set his total stood at  formidable total of L$370,555.

Dee Wolfe took the stage with a difficult task ahead of her and she opened her set with driving rock n roll.  The 2012 Champ was not going to let up, and donations began to pour in. With 'matching' challenges being announced regularly she quickly passed L$150,000 and again L$200,000.  About 90 minutes into her set she eclipsed the L$300,000 total and her supporters didn’t stop. With still more than 30 minutes remaining her kiosk total soared to L$400,000 and the Trophy was hers. She finished the day with an amazing L$422,501. 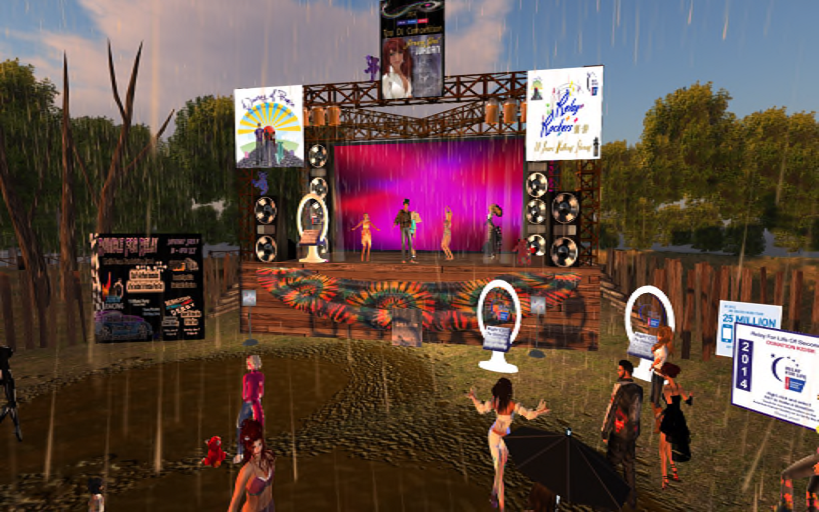 The awards ceremony held at the conclusion of the event recognized each Competitor, all of whom received an award.  Ariel Stormcrow, Trader Whiplash and Nuala Maracas were joined on stage by RFL of SL Event Chair Nikki Mathieson as the team recognized not only the competitors, but also presented special thank you's to Richardina Petty and Kiff Clutterbuck of Junkyard Blues and Sue Peregrine of dAlliez Estates, who hosted preliminary rounds at their Venues.

The weekend finished with a "Bring Your Own Kiosk featuring" Trader Whiplash of T1Radio and his ever popular Time Machine 60's Classic Rock radio show and dozens of happy Relayers dancing in the mud surrounded by their team's Kiosks.

Trader Whiplash
Posted by Bixyl Shuftan at 6:00 AM